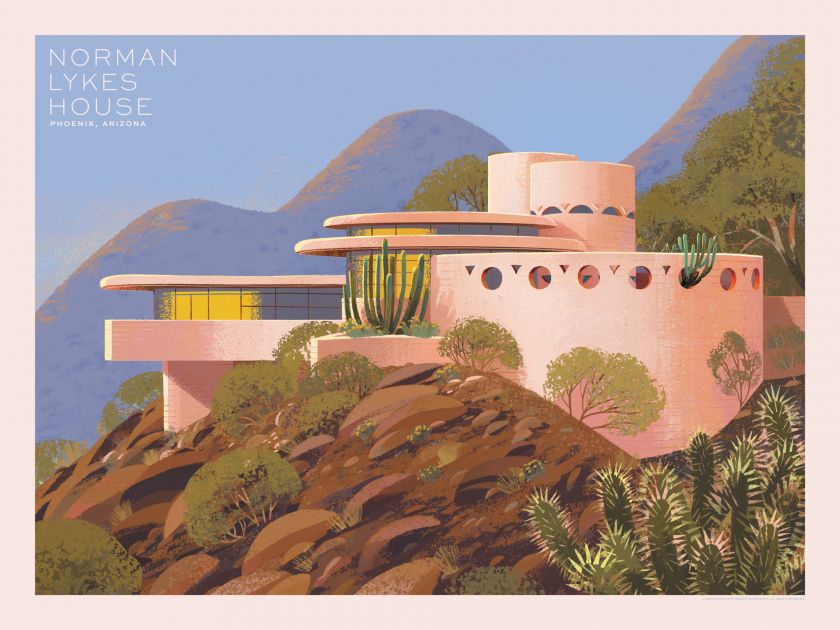 A new exhibition has launched to celebrate the work of American architect Frank Lloyd Wright with illustrations that pay tribute to some of his most famous buildings in the style of 1930s travel posters.

A collaboration between The Frank Lloyd Wright Foundation and Spoke Art Gallery, the virtual show kicks off on 24 October and will feature live-streamed events and limited-edition, Wright-inspired works from over a dozen international, contemporary illustrators and artists.

The pieces are designed in the style of a 1930s-era Works Progress Administration (WPA)-style travel posters depicting artistic interpretations of Wright-designed buildings, such as Guggenheim Museum, The Imperial Hotel in Tokyo, Seacliff or The Ennis House.

Among the list of participating artists are Max Dalton from Argentina, Alison King from Phoenix, Steve Thomas from Minnesota, François Schuiten from Belgium and George Townley from the UK; as well as Jon Arvizu from Phoenix, Dave Perillo from Philadelphia, Aaron Stouffer from Phoenix, Bruce Yan from Seattle, and Phantom City Creative from Toronto.

Limited high-quality, hand-numbered posters featured in the series will be available to purchase at spoke-art.com as serigraphs or archival pigment prints, also known as screen prints or giclées, range in price from $40 to $75 per print.

“By asking this talented cadre of diverse artists to reinterpret Wright’s designs in their own style, we can inspire new audiences to discover and embrace an architecture for better living,” says Jeff Goodman from the Foundation. “We know that more people will learn about the Wright legacy through this show, and it will challenge them to make, in Wright’s words, ‘the world a better one for living in’.” 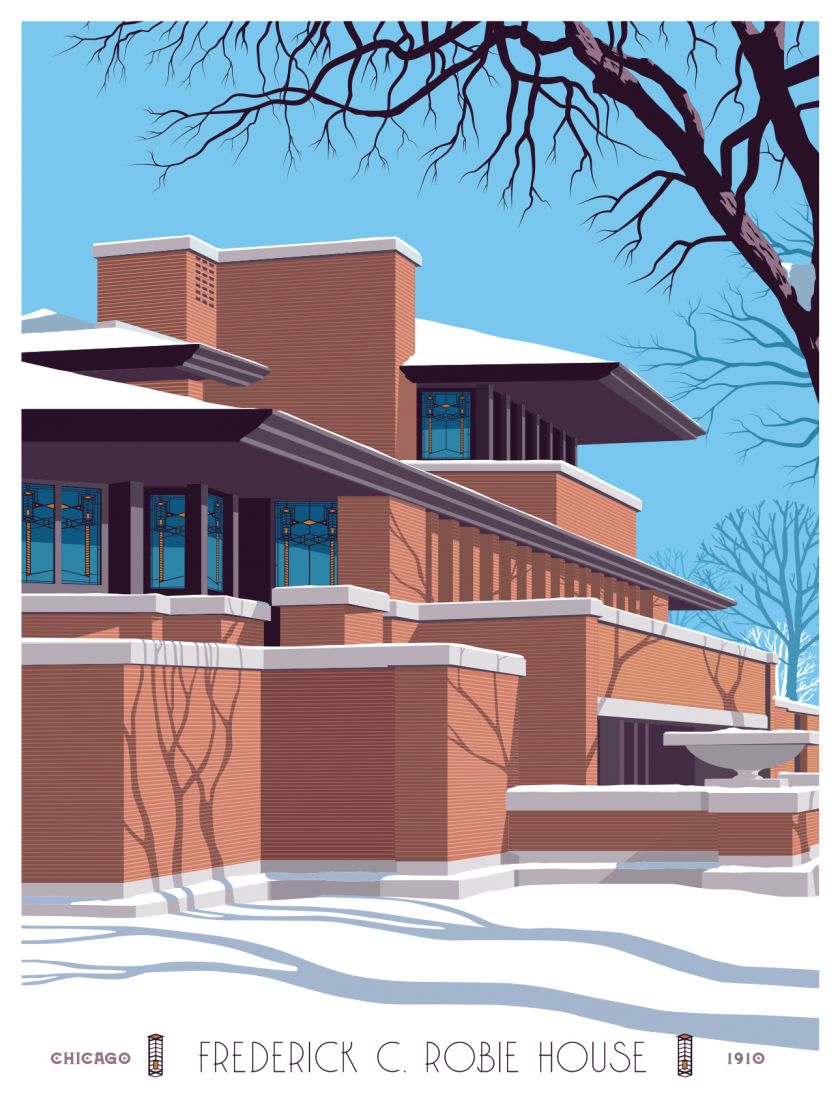 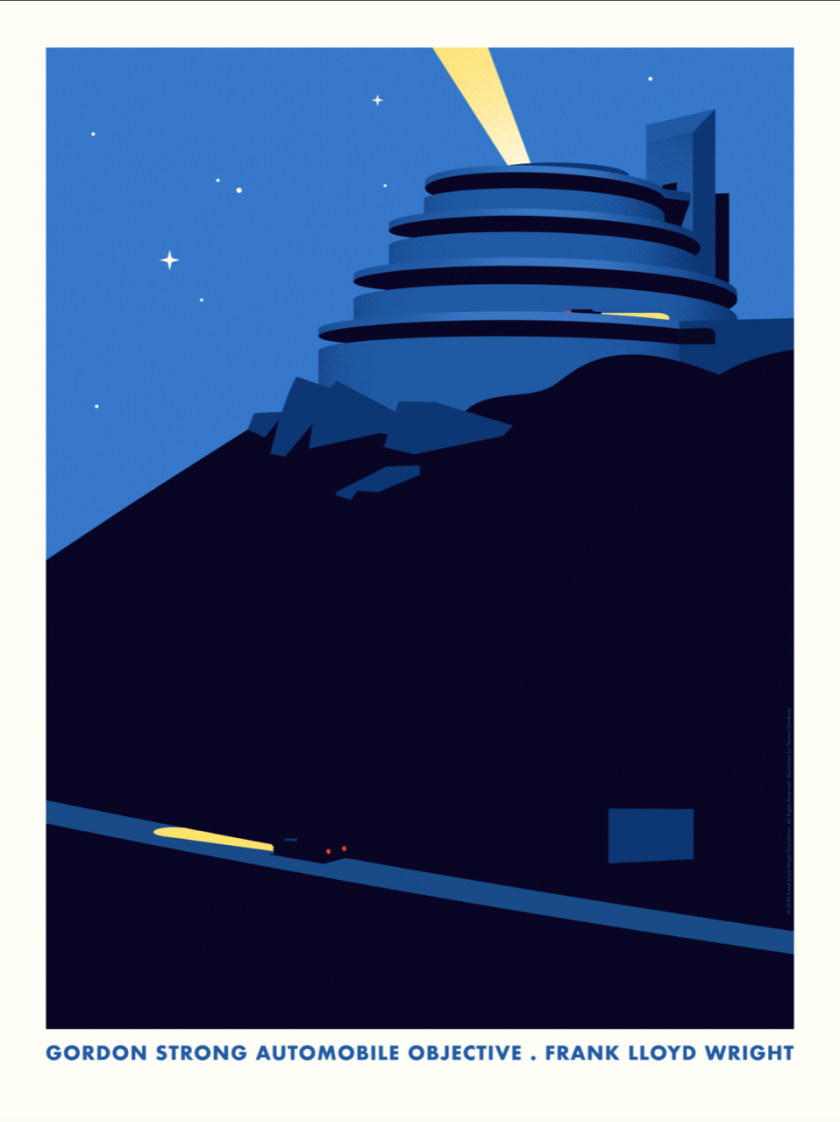 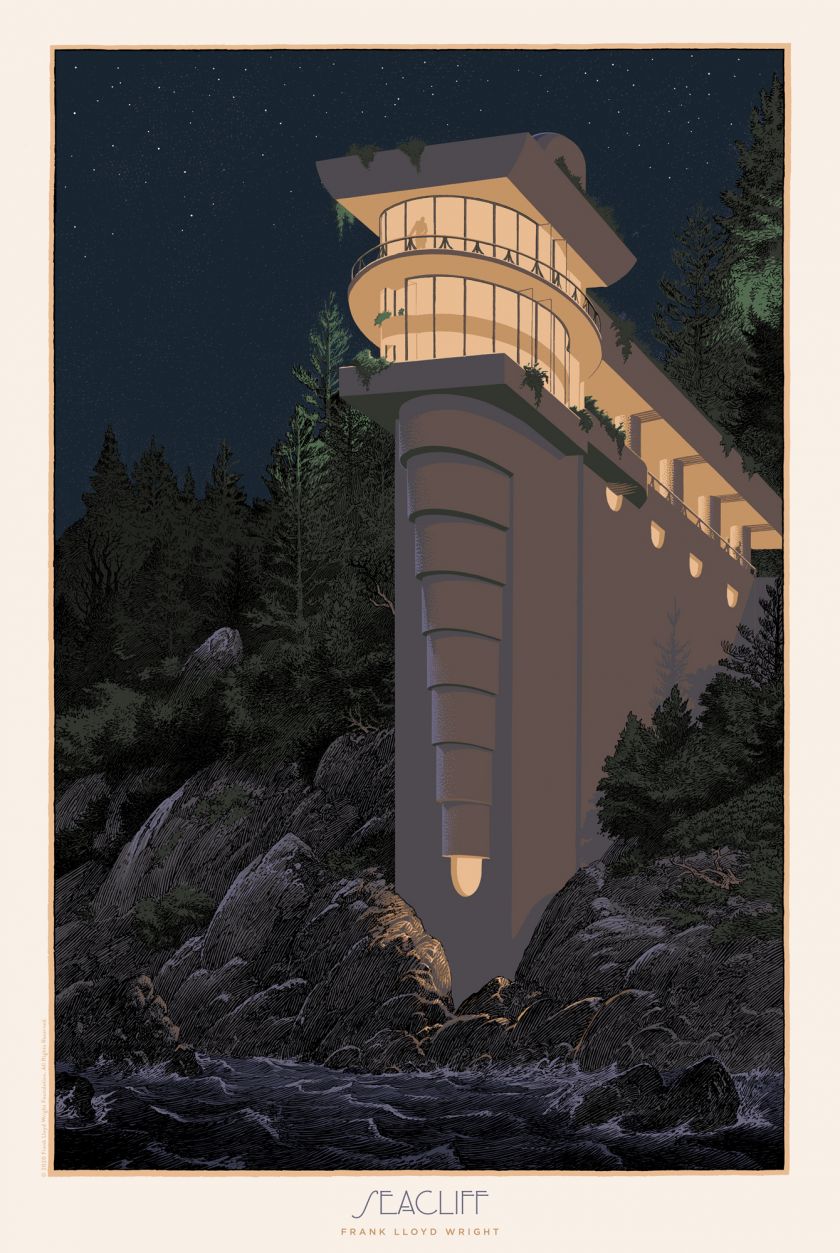 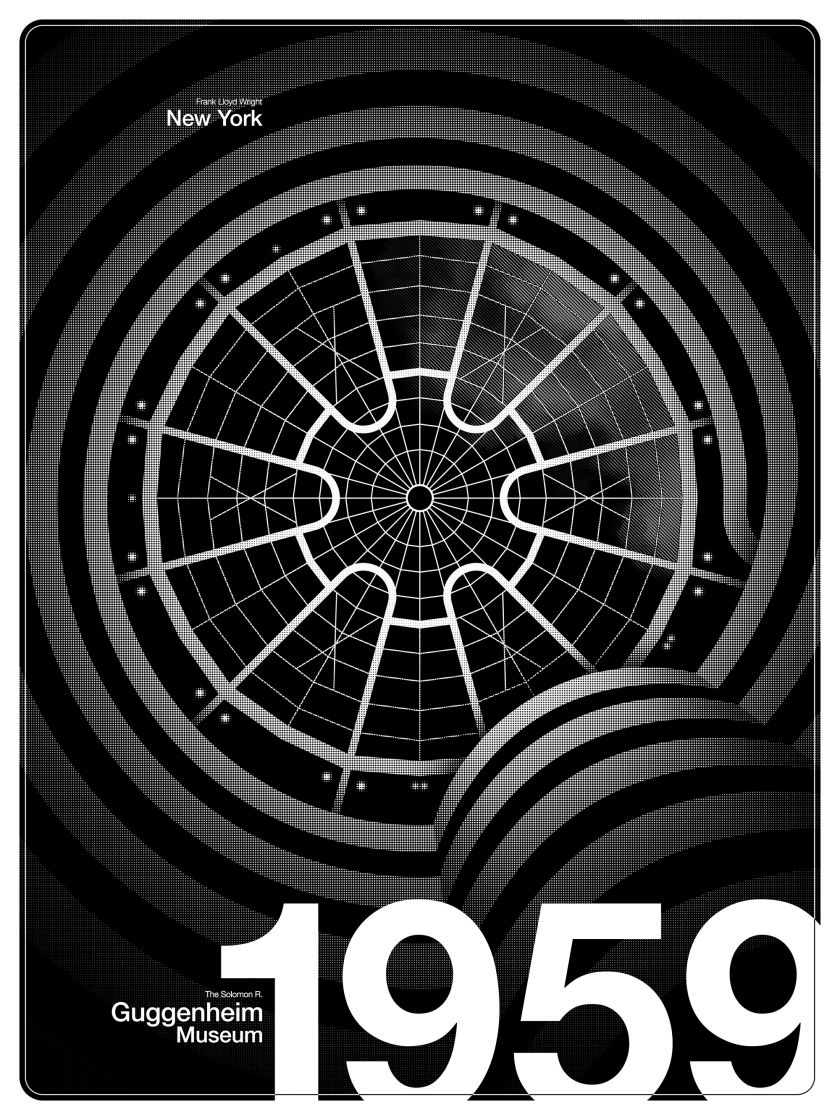 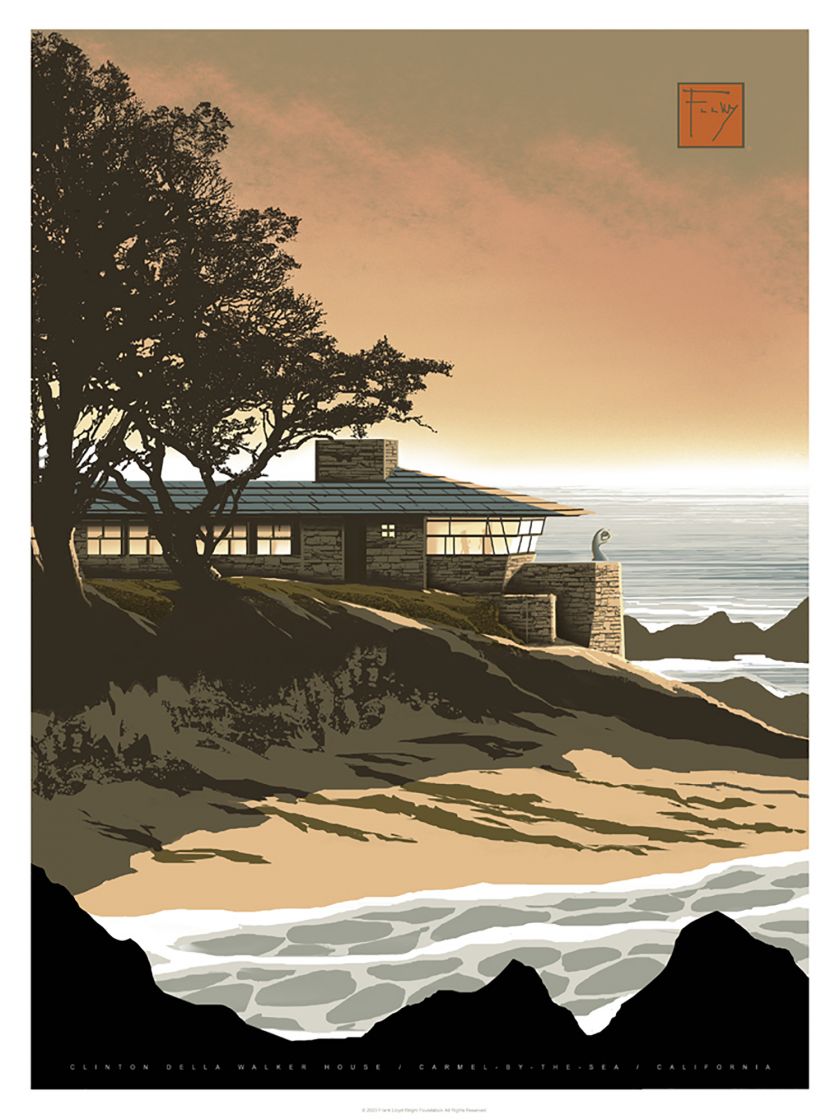 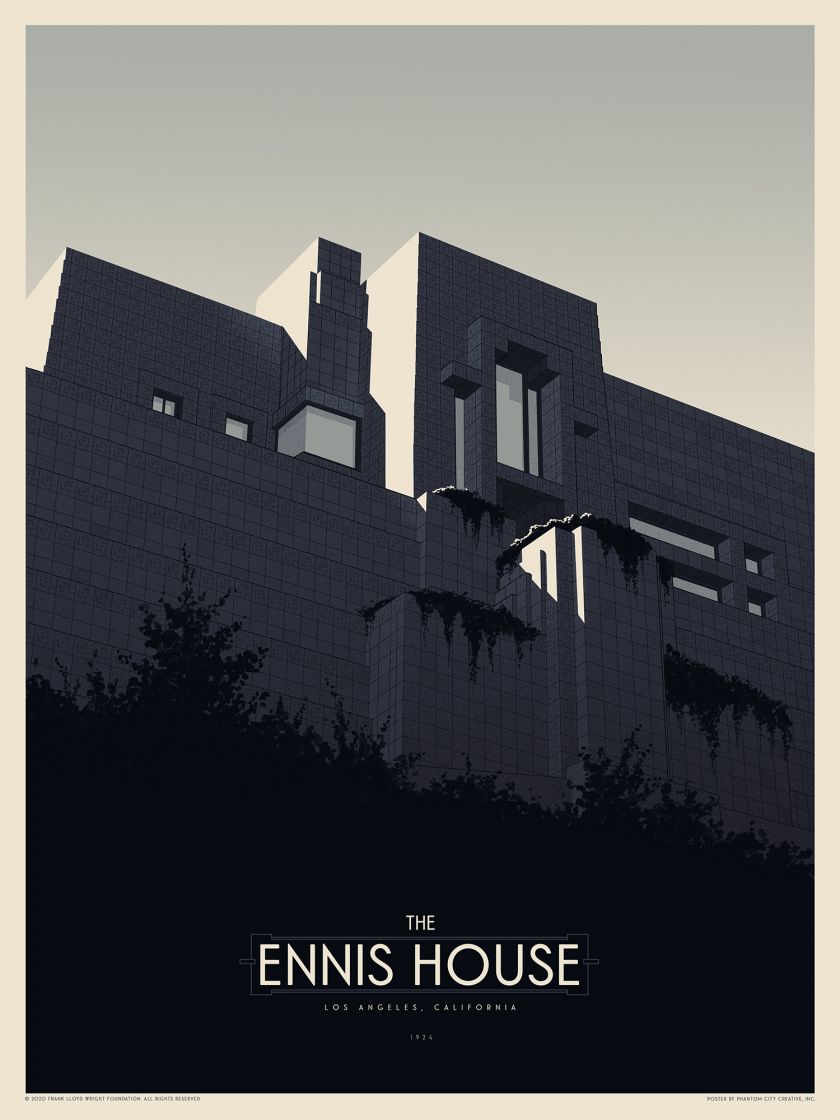 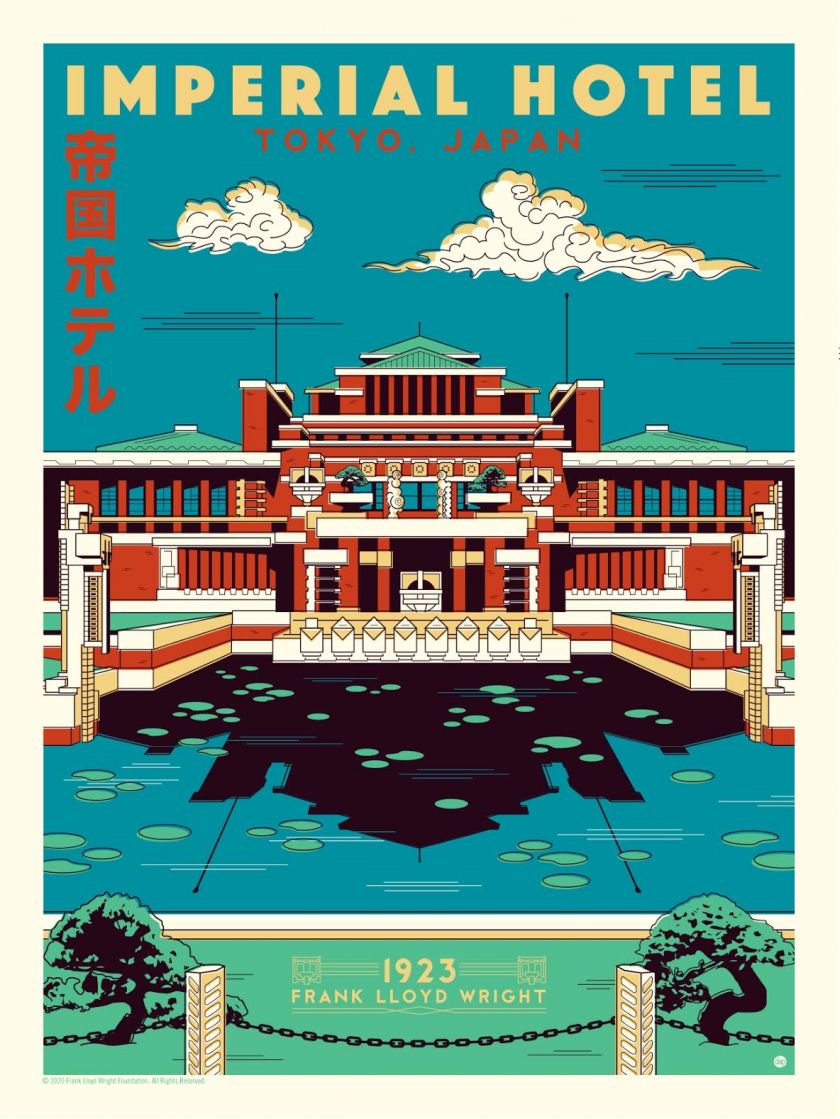 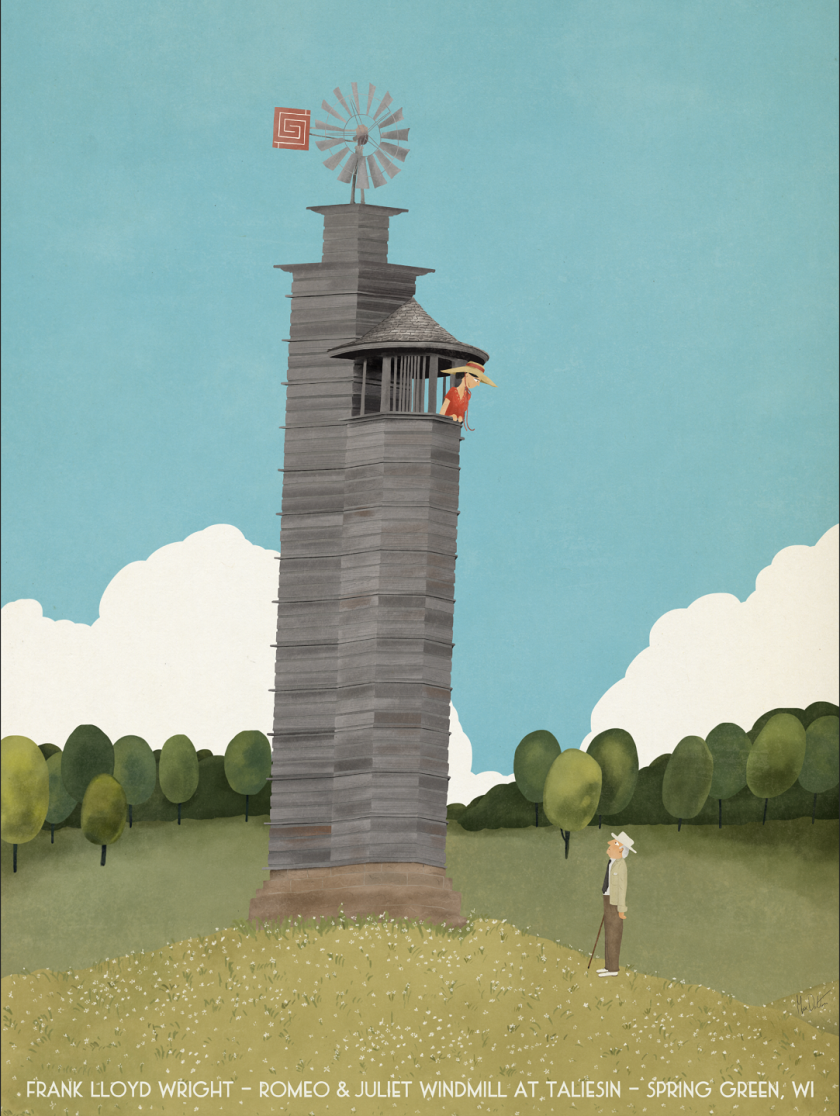 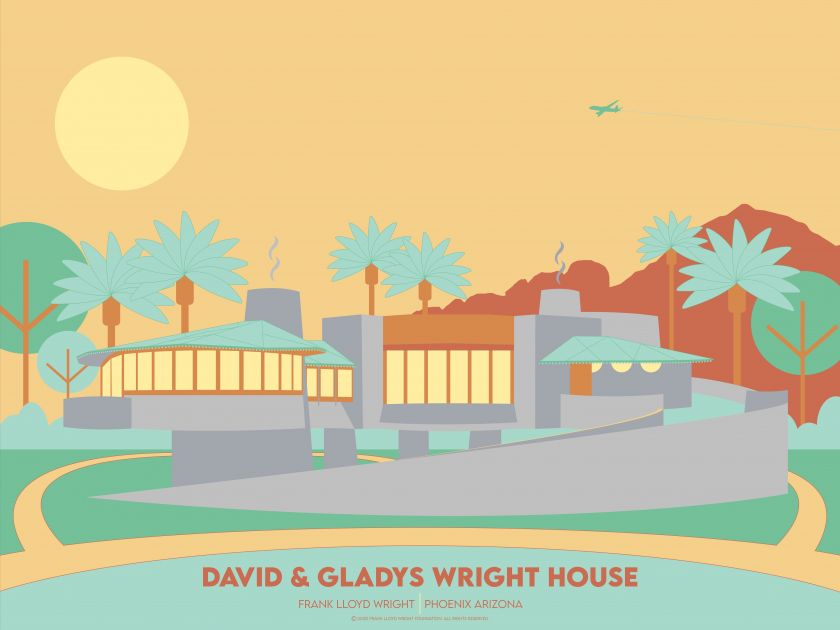 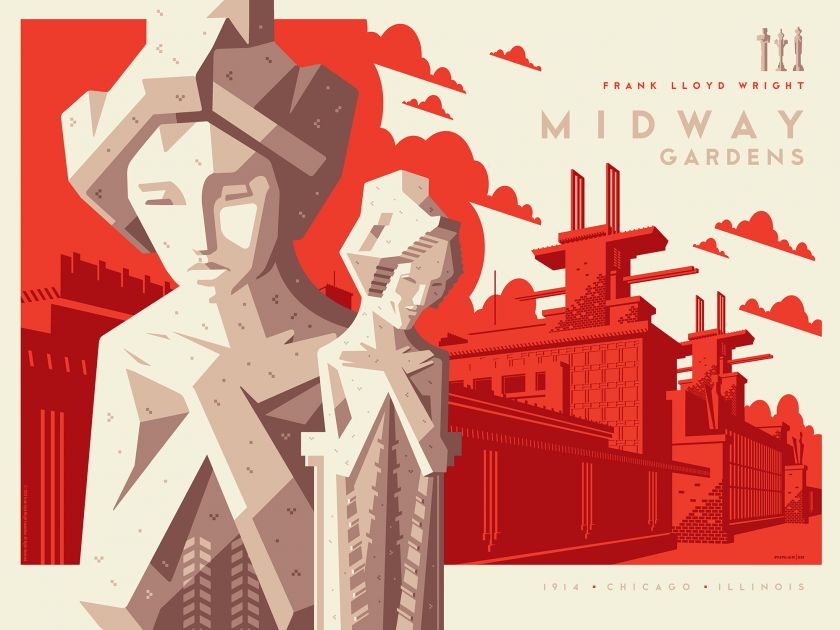 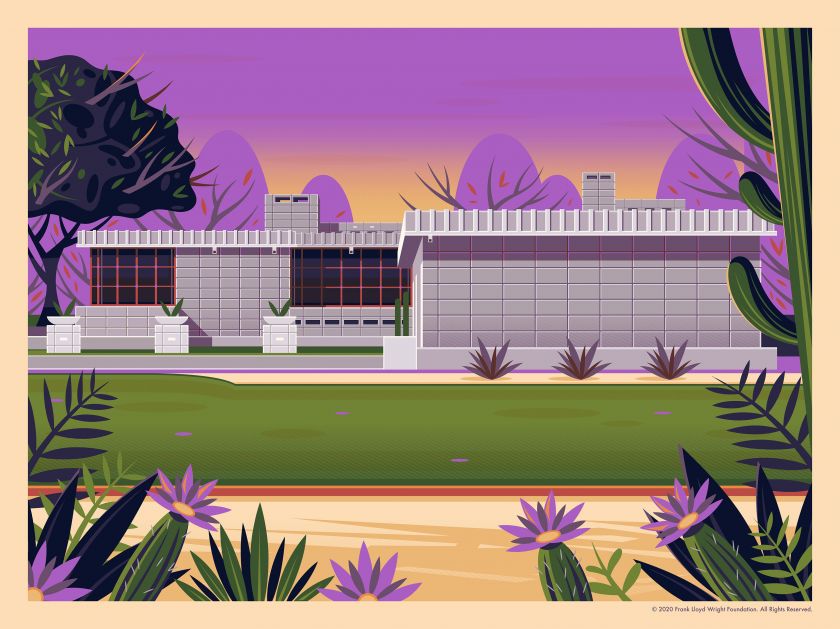