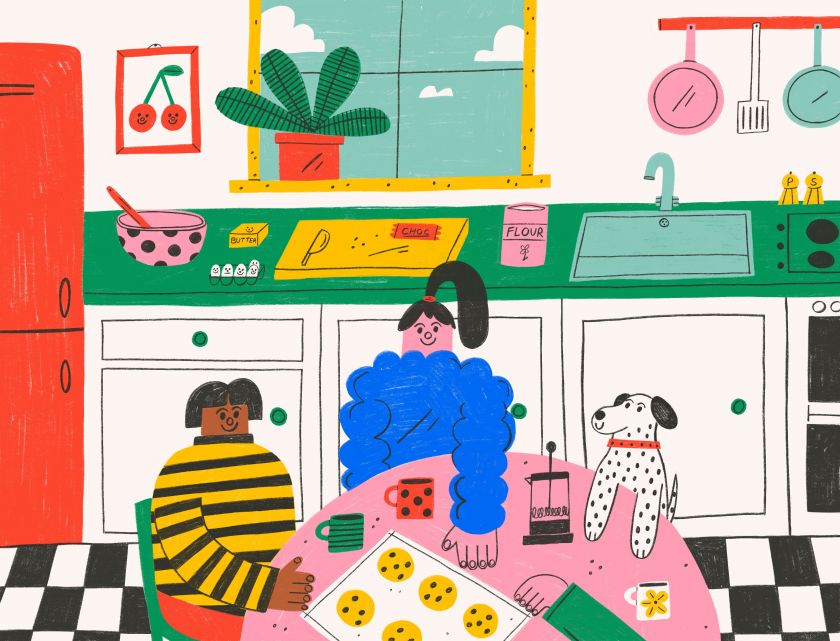 Looking to commission an illustrator, or simply want to be creatively inspired by the latest talent? Then you need to check out the Directory of Illustration. This amazing resource is the place to find and connect with the best illustrators and artists from around the world, all easily searchable.

As a little taster, we’ve teamed up with the Directory of Illustration to bring you a selection of the most exciting illustrators emerging into the industry today. Spread across the world, and working across a range of physical and digital media, these young creatives have all made a splash with their inspiring and imaginative work, and many appeared on the list of winners at the recent World Illustration Awards, produced by the AOI in partnership with Directory of Illustration. Mark our words, these talented individuals are all set to make even bigger waves in 2021.

Severus Lian is a Taiwanese illustrator now based in Taipei. A graduate from Cambridge School of Arts in 2020, she has already won several awards, and works on both commercial and personal projects, including freelance illustration, bookmaking, and solo art exhibiting. Her Instagram feed is always a joy. 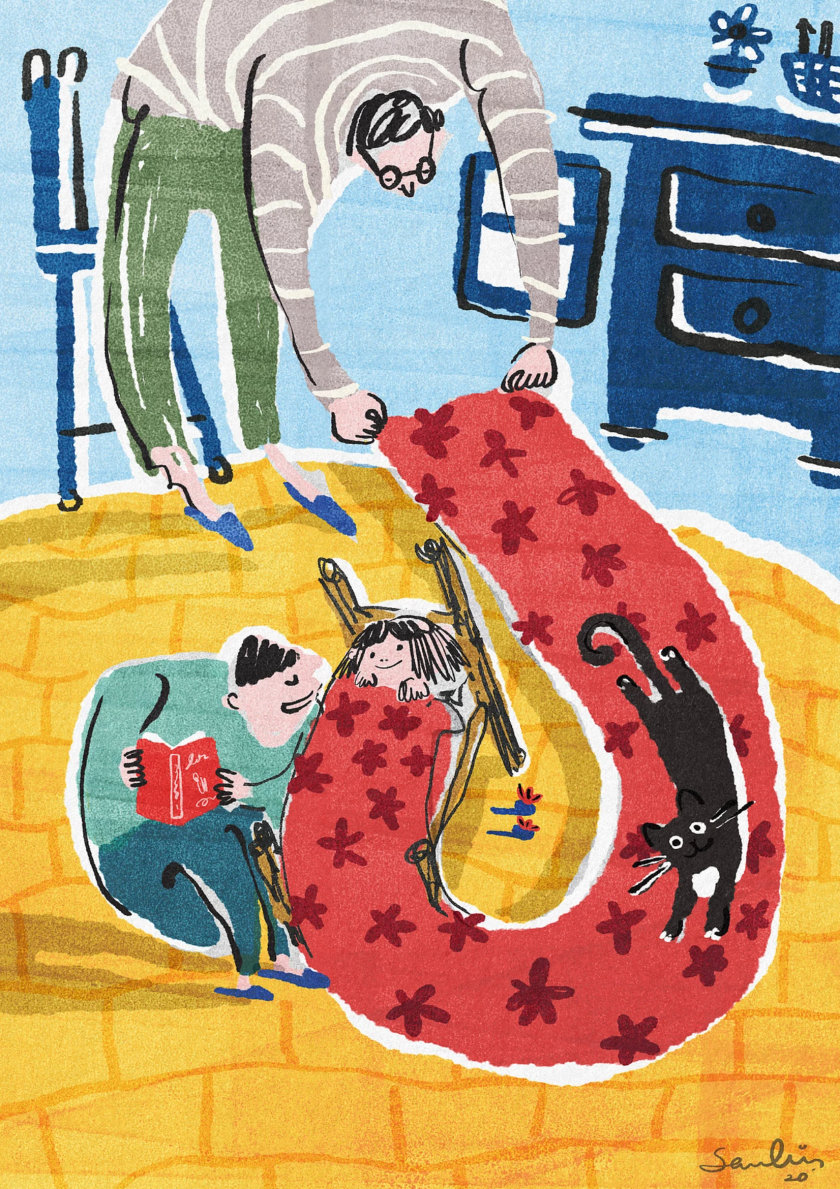 Scooping overall winner in the ‘New Talent’ category of this year’s World Illustration Awards, Mariajo Ilustrajo is a Spanish illustrator who has just started a master’s degree in Children’s Book Illustration at Anglia Ruskin University. Browse through her portfolio to discover more. 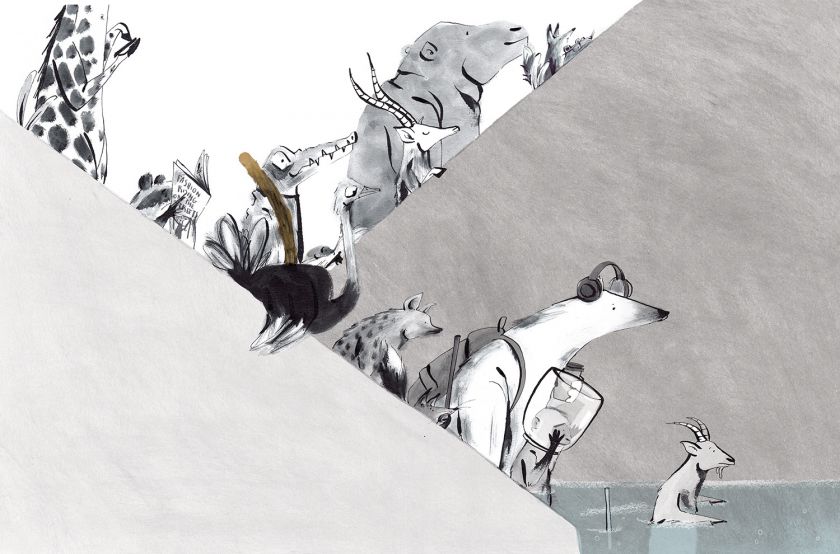 Liam Eisenberg is an illustrator based in New Jersey. A graduate of Montclair State University (BFA Illustration & Animation), 2017 and School of Visual Arts (MFA Illustration), 2019, his work relies on bold outlines and graphic colours to communicate narrative and conceptual ideas. 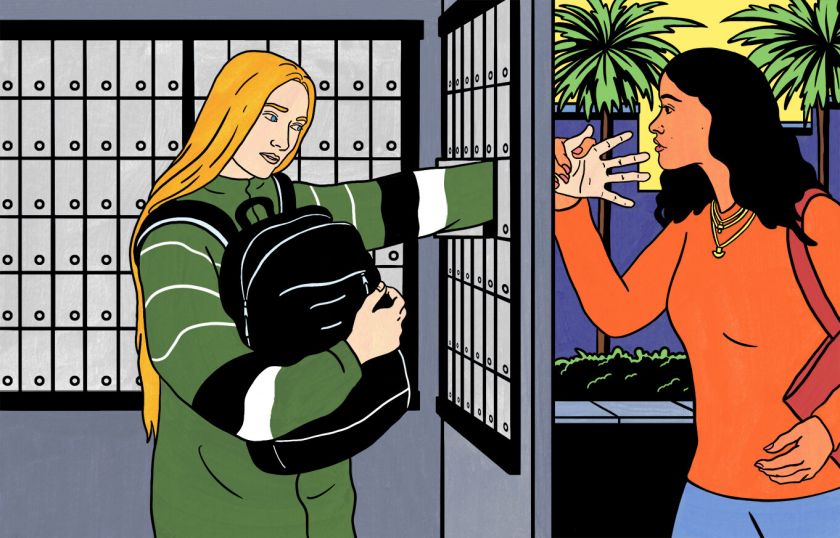 Based in South Africa and the Netherlands, Jacques Kleynhans is an illustrator and graphic designer who has a keen interest in layered information and narrative and therefore uses multiple graphic devices, icons and type to complete most of his illustrations. 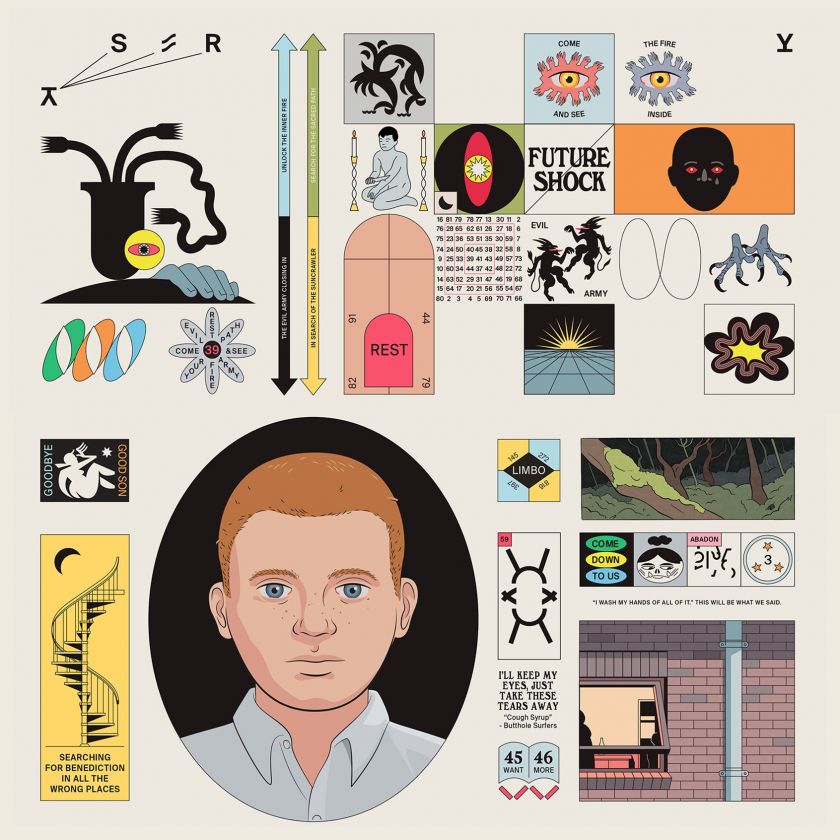 Menghui-梦慧 is a freelance Illustrator based in Shanghai working in illustration and animation, working on packaging and advertisement campaigns for clients such as Huawei, Tencent, and Alibaba. She graduated from Sichuan Fine Arts Institute with a BFA in New Media Art. Menghui is also the winner of this year’s Directory of Illustration Cross-Category AOI Award. 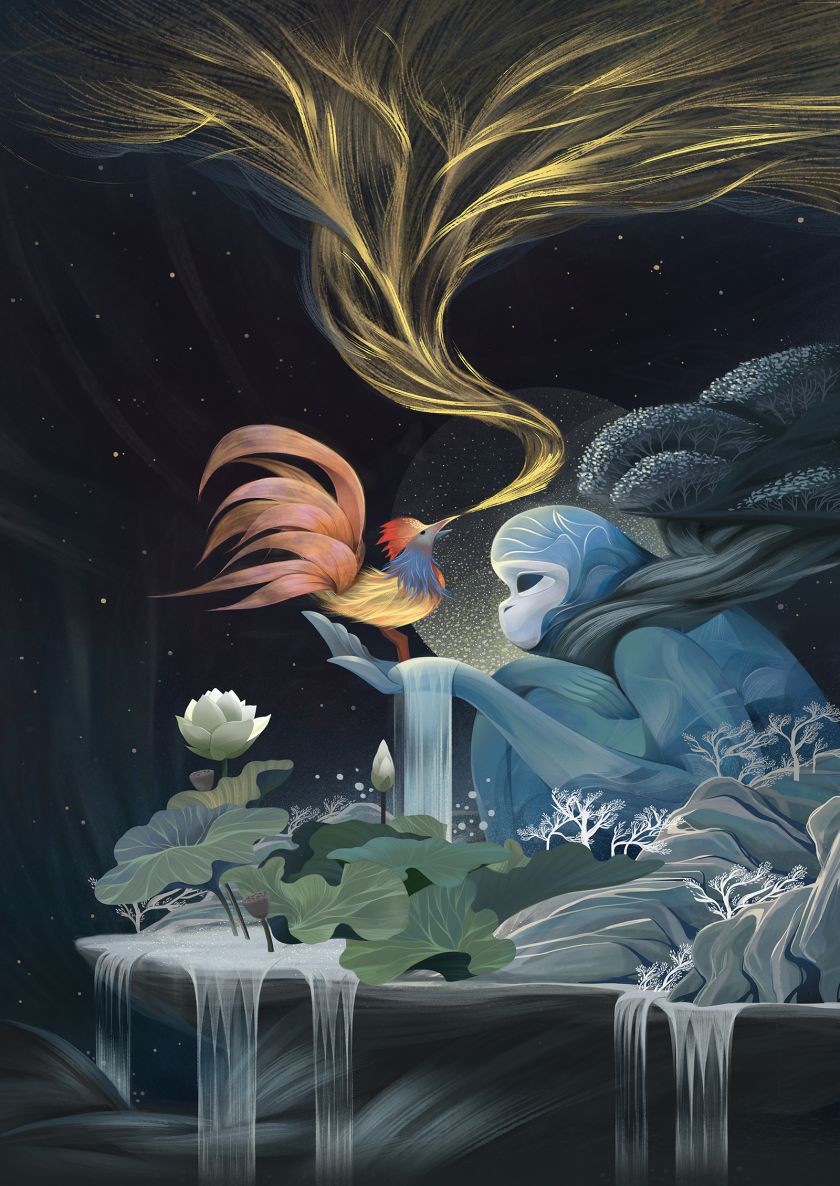 Sam Wagstaff is an illustrator from North Yorkshire who’s currently studying at Manchester School of Art. He has previously studied photography and graphic design and now works as an illustrator in both physical and digital media. His pen and ink drawings are getting a lot of attention on social media, for all the right reasons. Follow him on Instagram for more inspiration. 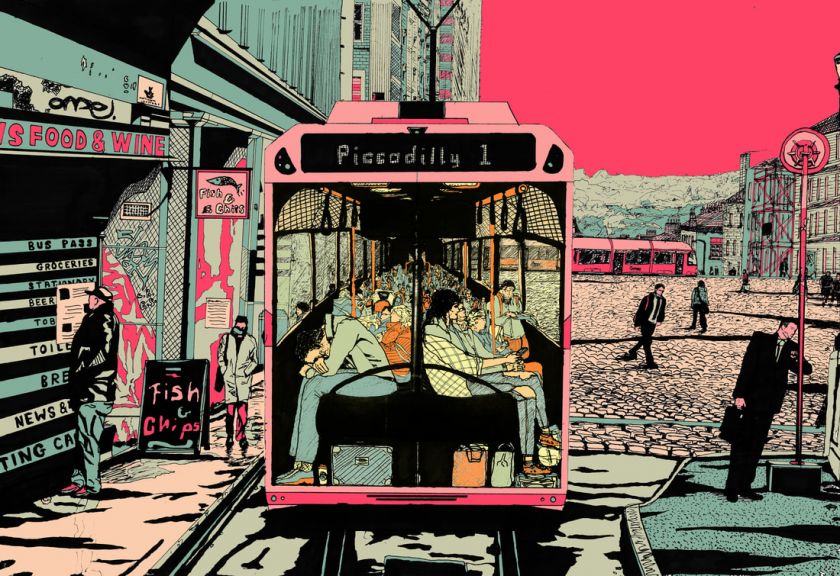 A graduate from Kingston School of Art, Tess Smith-Roberts is an illustrator based in London who we keep seeing everywhere. She approaches her work with humour, bold shapes, and playful use of colour. Classic still life paintings, “bad dance moves”, and food (especially fruit!), are the main inspirations for her work. She also enjoys making editorial illustrations for a variety of international clients, from the Wall Street Journal to The New Yorker. Tess is also one of the co-founders of Still Here, Still Life, the viral weekly still life drawing challenge, which she started in lockdown with friend Zena Kay. 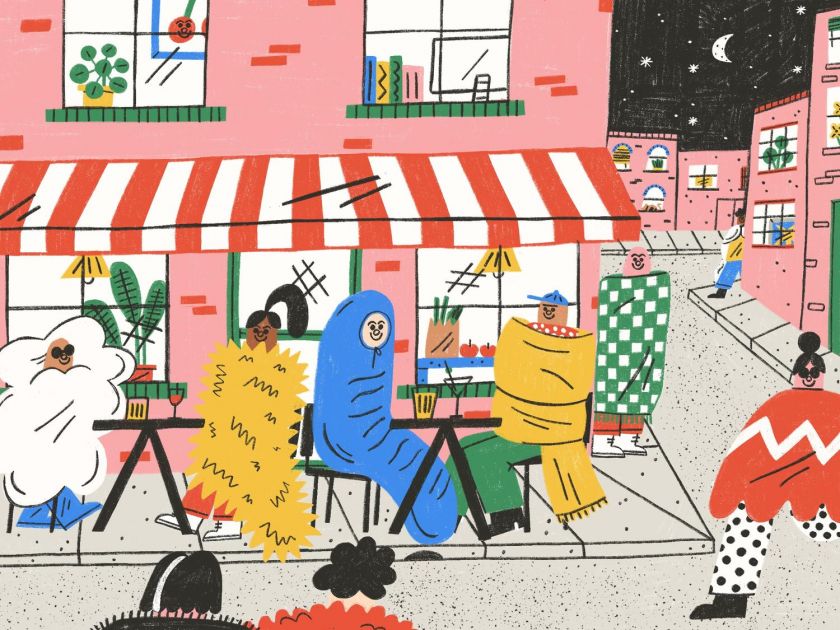 Joshua Donkor graduated in Illustration from the Cardiff School of Art and Design this summer and is currently working as an ABF Step Change Fellow at Cardiff Metropolitan University. Working across portraiture, landscape painting and installation, his current work focuses on challenging perceptions of racial and cultural identity. 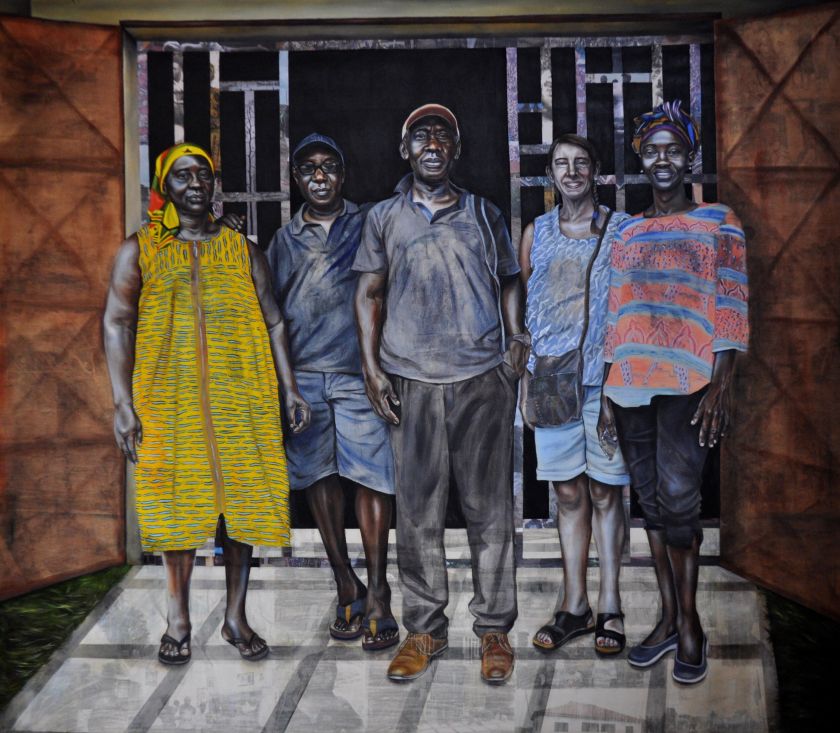 YiNing Li is an illustrator based in Georgia, USA, who likes to explore different aspects of life in her work. Currently taking an MFA in Illustration at Savannah College of Art and Design, her art covers topics ranging from long-distance relationships to sports activities, and she also creates animations. 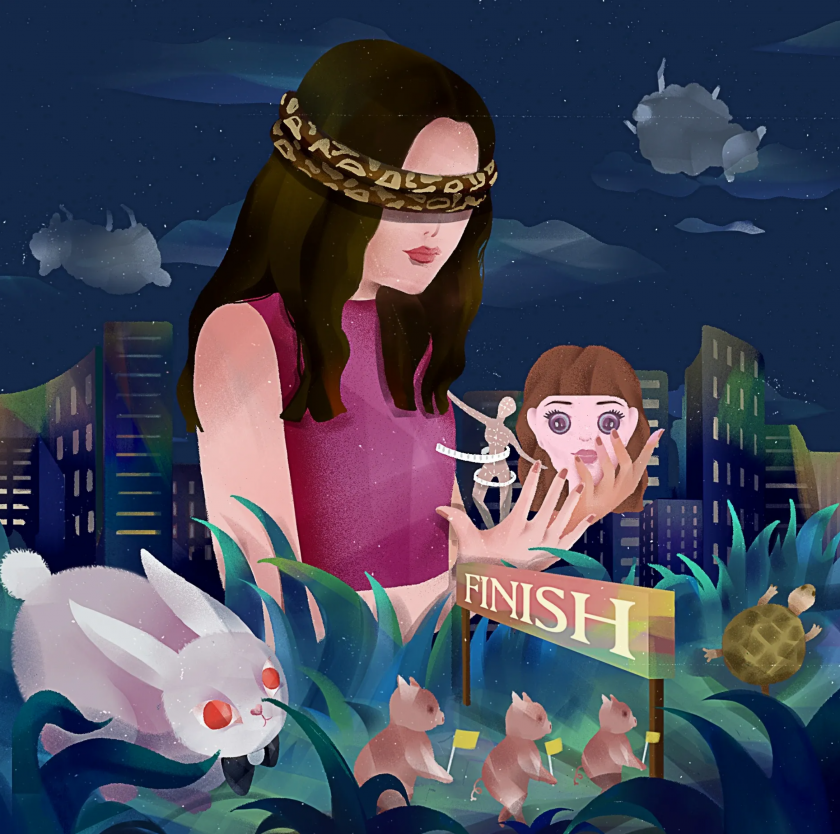 Siddhika Deshmukh works by the name CDKA, which is just a play of letters on her name. She graduated as a graphic designer in 2019 and is currently working and living in Bangalore, India. So far, she has worked with a few startup clients during college and is now building her portfolio as an illustrator. Her aesthetic revolves around the “imperfect sides of human emotions in a minimalistic manner”, and she loves to use eye-catching bright colours throughout her vibrant work. 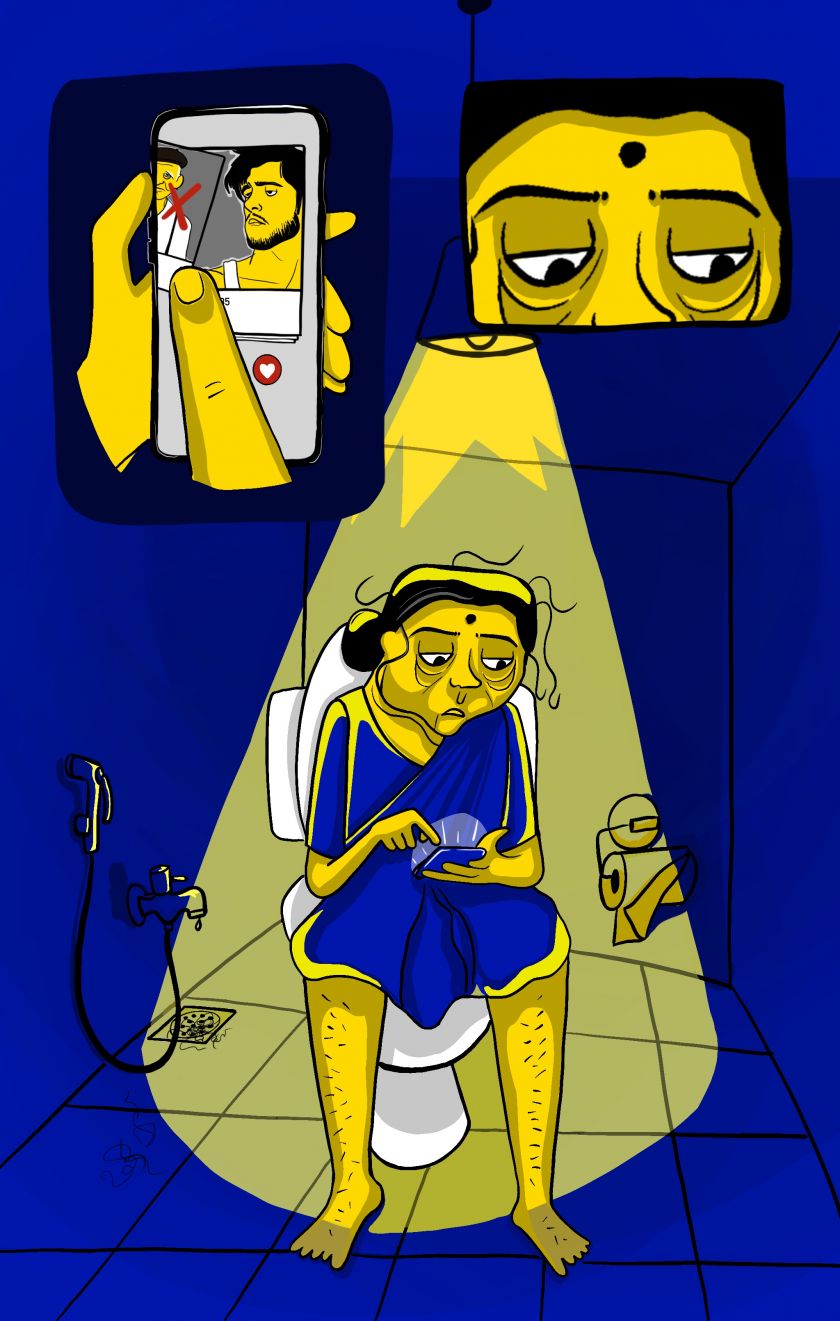 Laura Simonati is an illustrator and graphic designer born and raised in a village near Verona, Italy. In 2017, she took a Master in Visual Communication at ENSAV La Cambre in Brussels, where she’s currently living and working. Fascinated by outsider art, vernacular graphic design and folklore, Laura loves to experiment and explore the world through her practice. 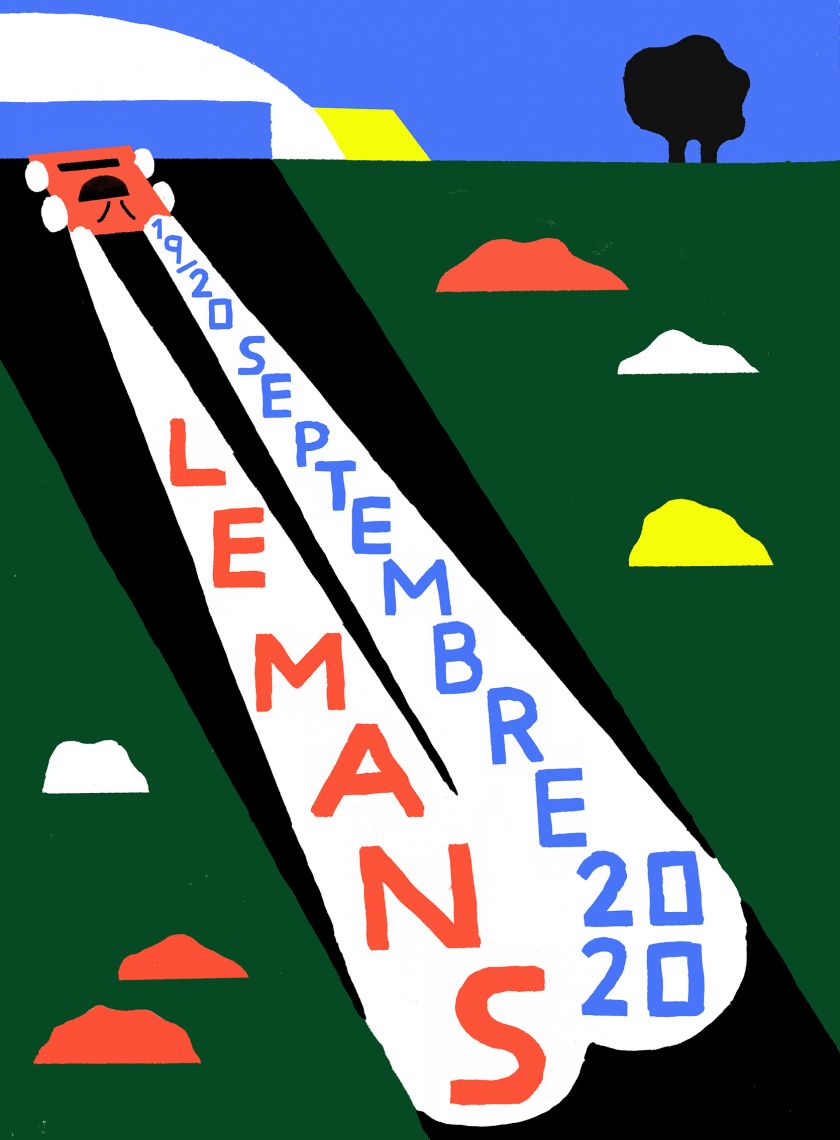 Anna Rupprecht is an artist and graphic designer based in Berlin, who loves strong colours, unusual typefaces, screen-printing, Swiss design and Japanese illustrations. After graduating with a Bachelor of Arts, she currently works as a freelancer for different clients as well as working on personal pieces. 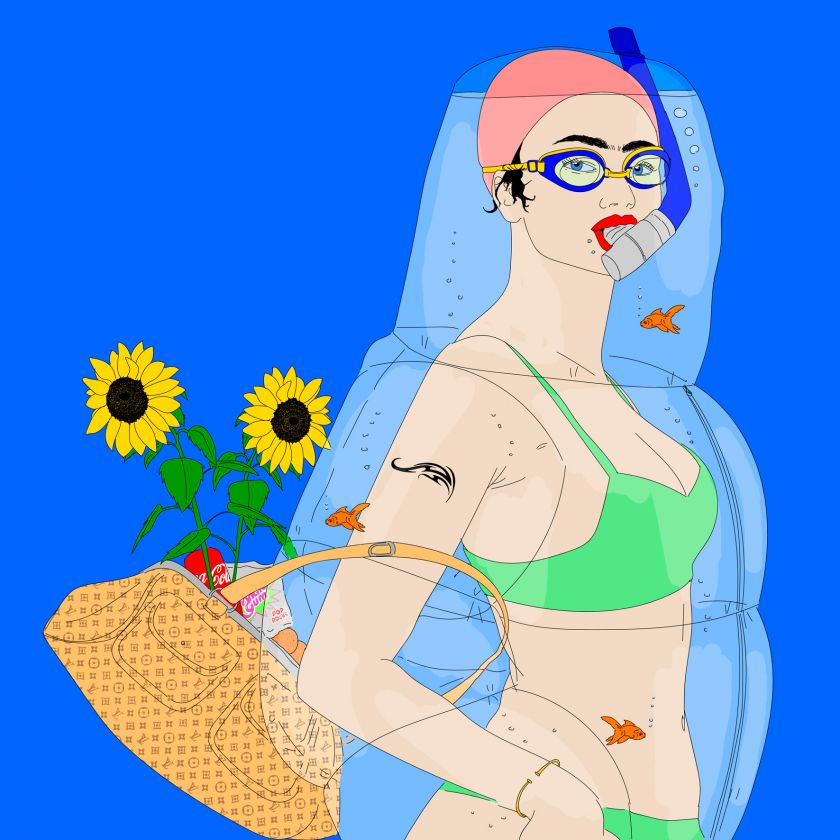 Jake Hawkins is a London-based illustrator and in-house designer at The Telegraph, who’s known for both his representational and conceptual work. With a BA in Illustration from Falmouth University, Jake is a master of harnessing visual metaphors in a clean aesthetic. 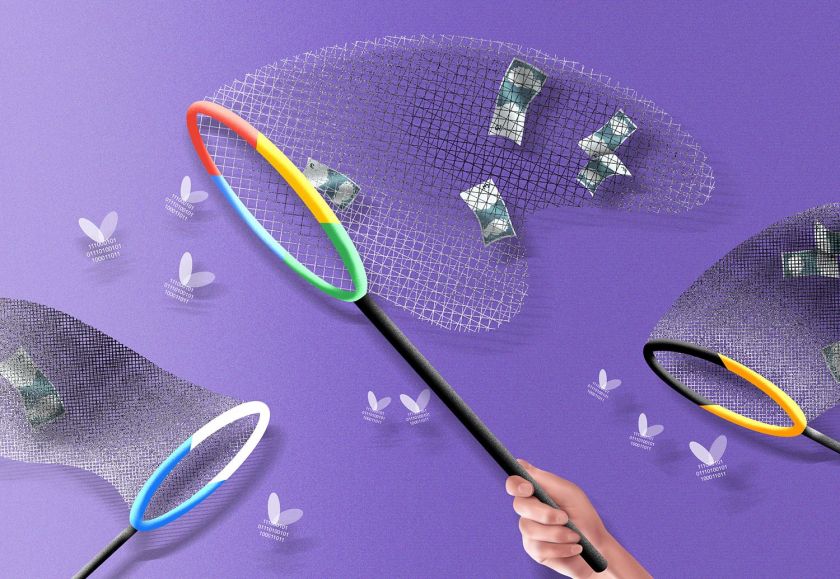 Natsumi Chikayasu is an illustrator from Japan and an illustration graduate from Falmouth University in the UK. Her works are inspired by arts, feminism, science, places and their intersections. Currently based in Tokyo, she specialises in editorial illustration, conveying ideas with symbolism and atmosphere in digital paint strokes. 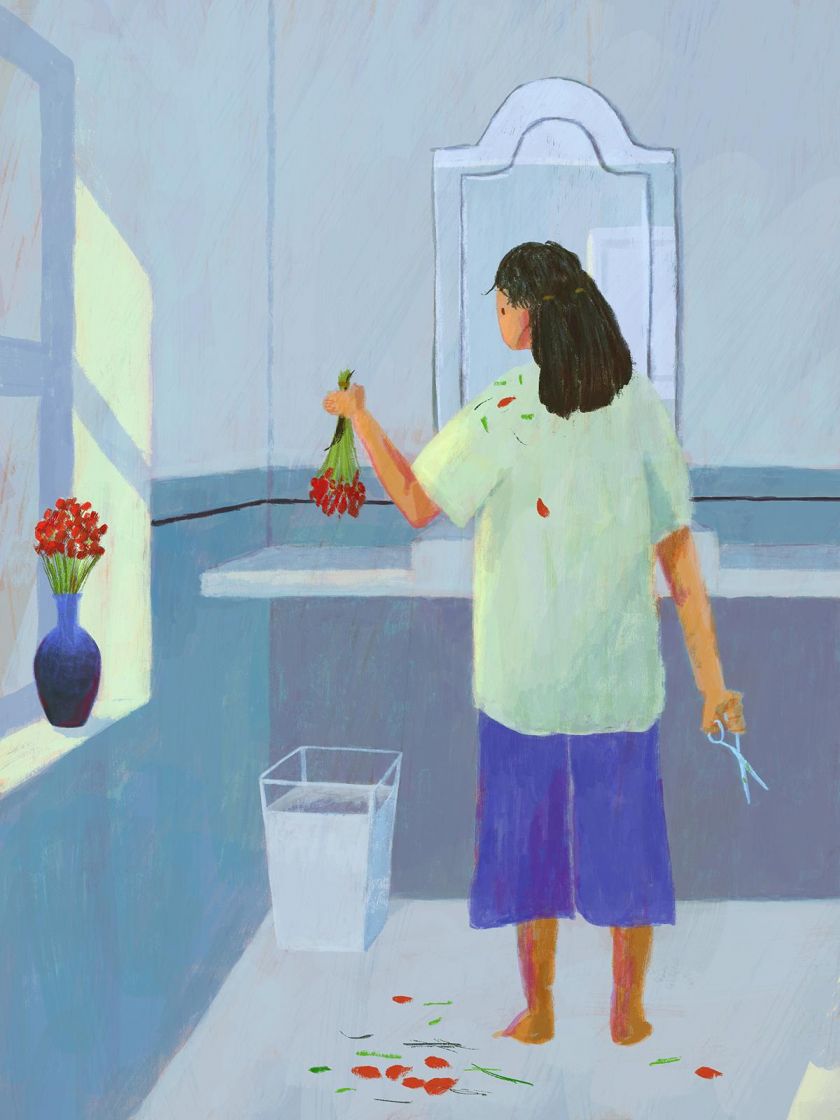 Earlier this year, Lizzie Knott graduated from Cambridge School of Art with a BA in Illustration. She enjoys using Procreate and Photoshop to create quirky characters, with bold and dynamic colours and compositions. Recent clients include the BBC. Lizzie won a Highly Commended accolade under New Talent in this year’s World Illustration Awards. 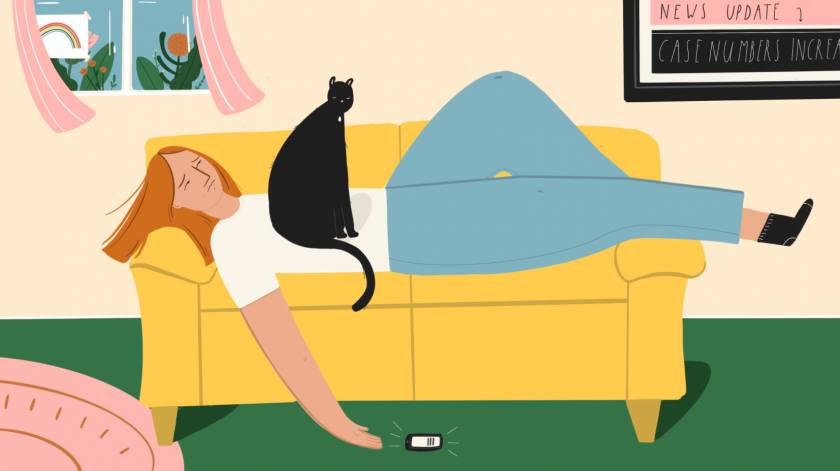 Guang Lim is an award-winning illustrator and designer from Malaysia who graduated from California College of the Arts in 2019 and is currently based in New York City. With clients including WIRED, Quartz, Medium, The Believer, Narratively and Waxsimile Records, he delivers creative ideas and moods through the use of expressive strokes and shapes. 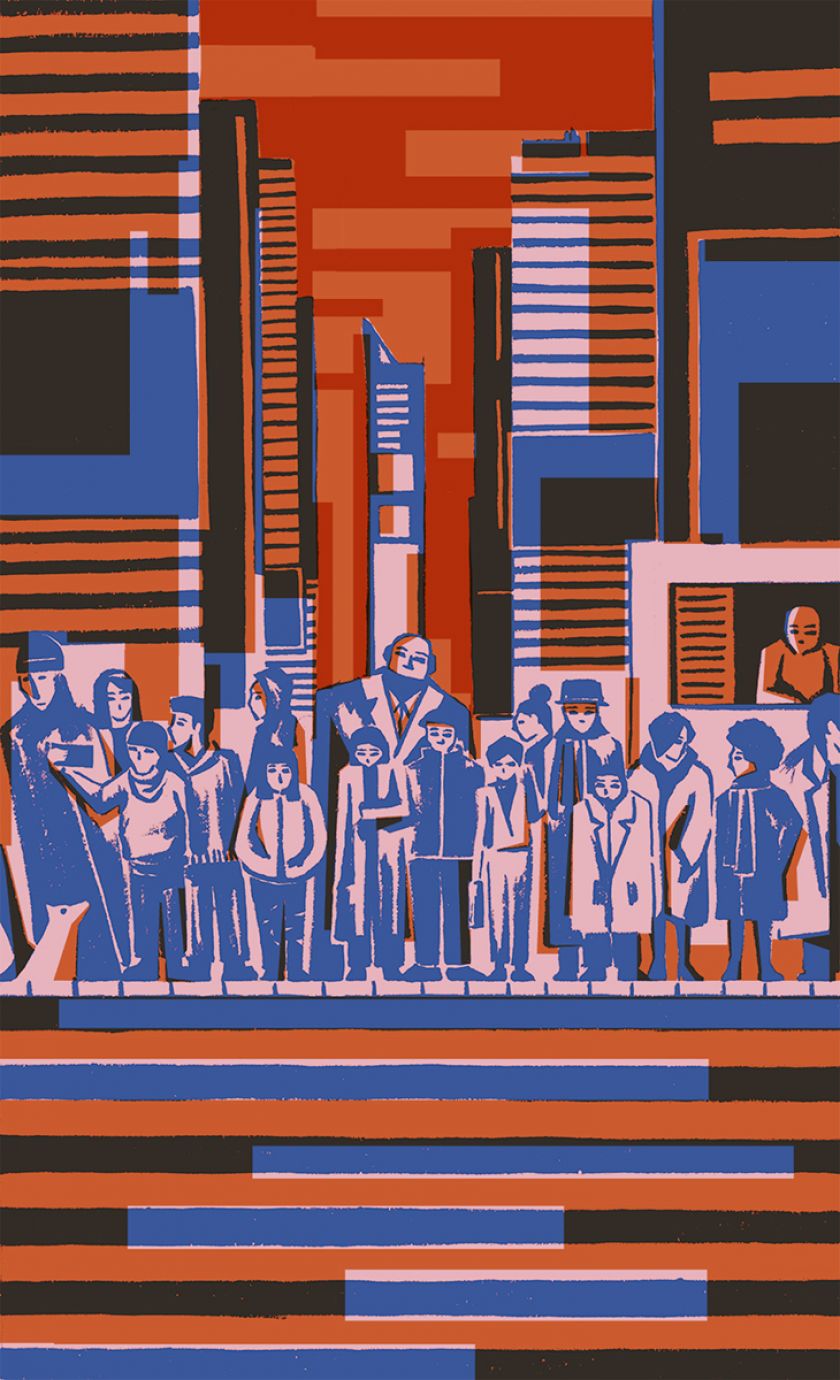 Dion MBD, because Dionisius Mehaga Bangun Djayasaputra is “way too long to remember”, is an Indonesian illustrator and designer who lives and works between Brooklyn and Bandung. Dion received his Illustration BFA from Ringling College of Art Design in Florida where he discovered and developed his fascination with clouds. 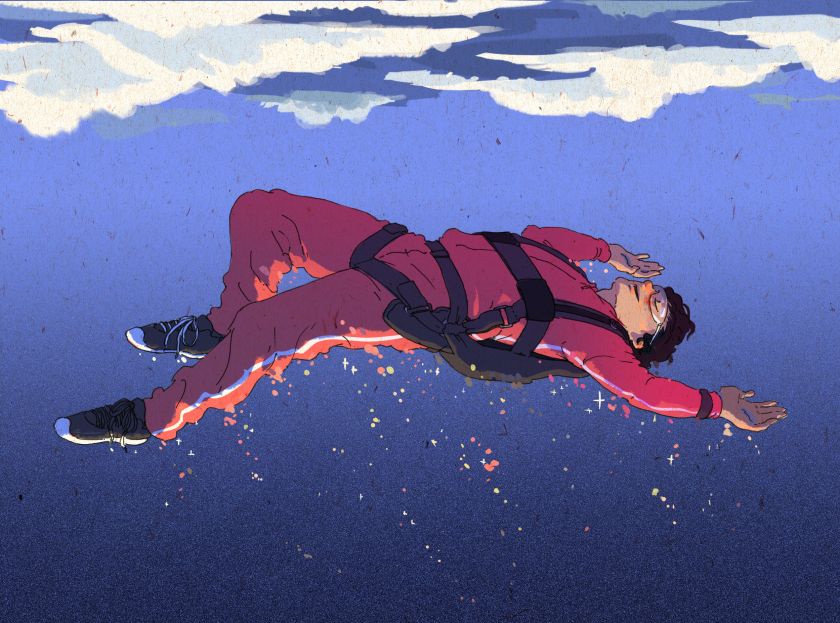 New York-based, German-born illustrator and animator Peter Phobia has already had lots of recognition for his distinctive work: he was recently named Advertising, New Talent Winner in this year’s World Illustration Awards. During his spare time, he loves to skate, too, which is often featured in his illustrations.

Yannick de la Pêche is an illustrator and designer based in Hamburg, Germany who’s focused primarily on the fields of editorial illustration, branding and advertising. His work is inspired by pop and subcultures, past and present; combining surreal and realistic elements, it aims to create a special atmosphere and unique aesthetic. 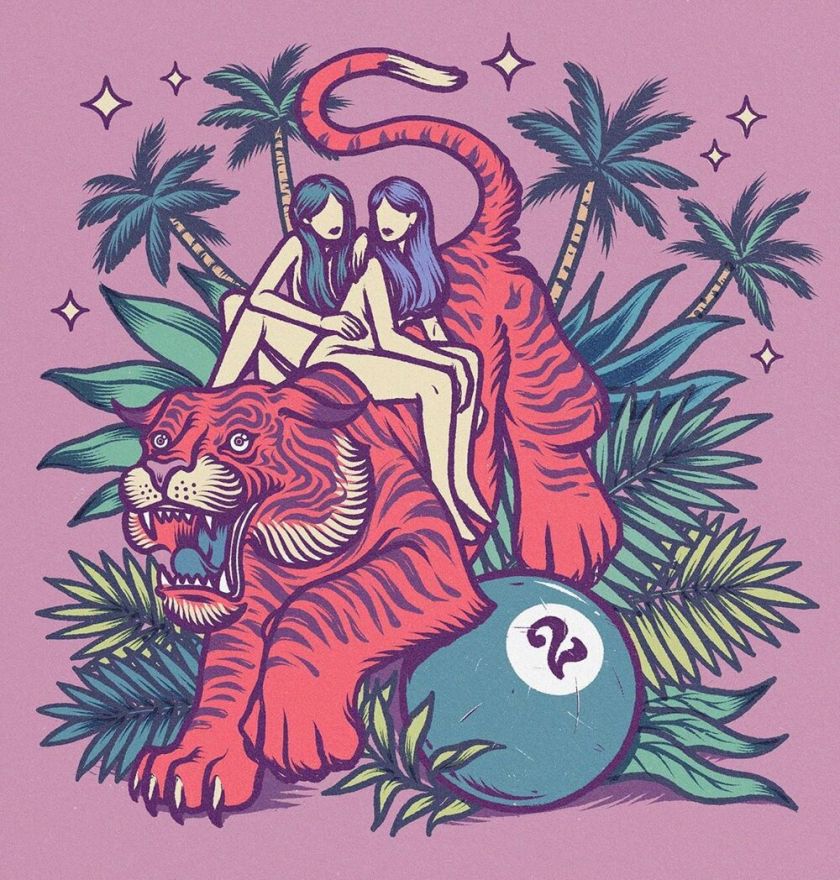 A New York native illustrator, Ruby Sgueglia has just obtained their BFA from Parsons the New School for Design this year. Ruby is interested in experimental and sculptural illustration, having studied ceramics in Florence, Italy and a multitude of image-making techniques at Parsons. They use a cross-disciplinary approach to tackle non-traditional storytelling. 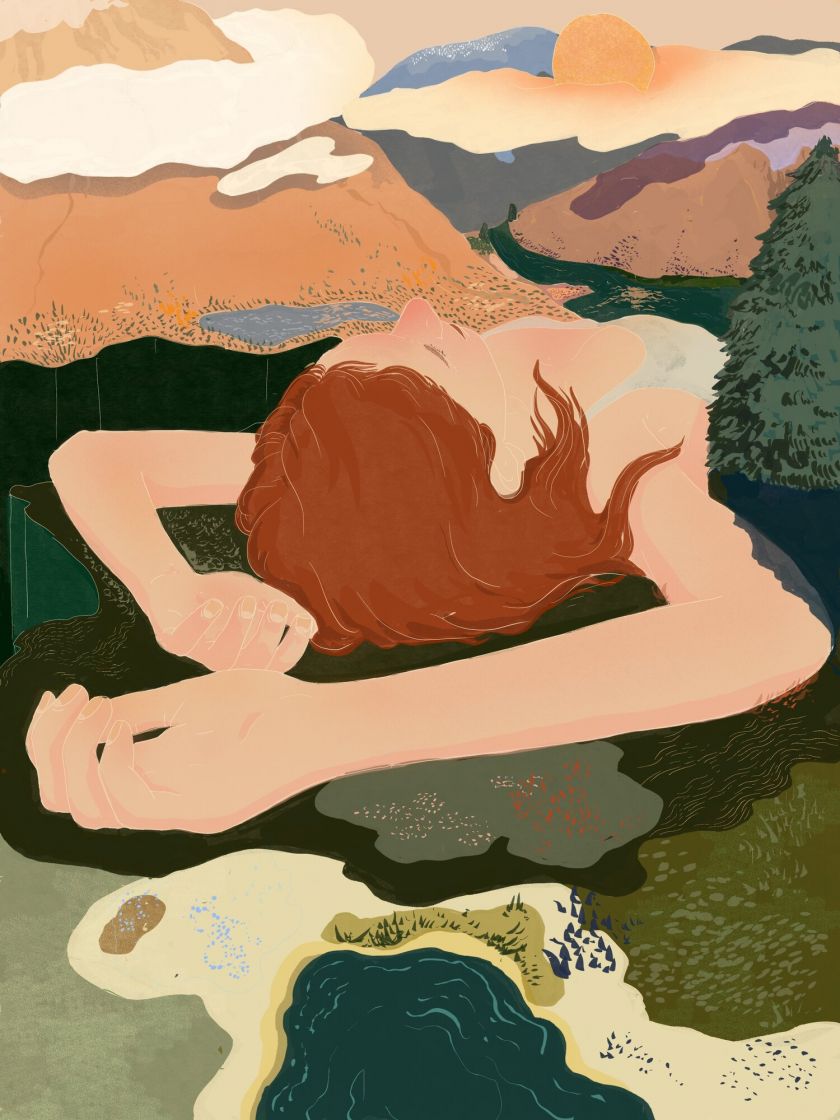 Becky Glendining is a UK based illustrator who has worked as a cover artist, colourist and interior artist on projects including Seen: Edmonia Lewis, Penultimate Quest, Rolled & Told, Lupina and multiple covers for Penguin Random House. You can read our in-depth interview with Becky here. 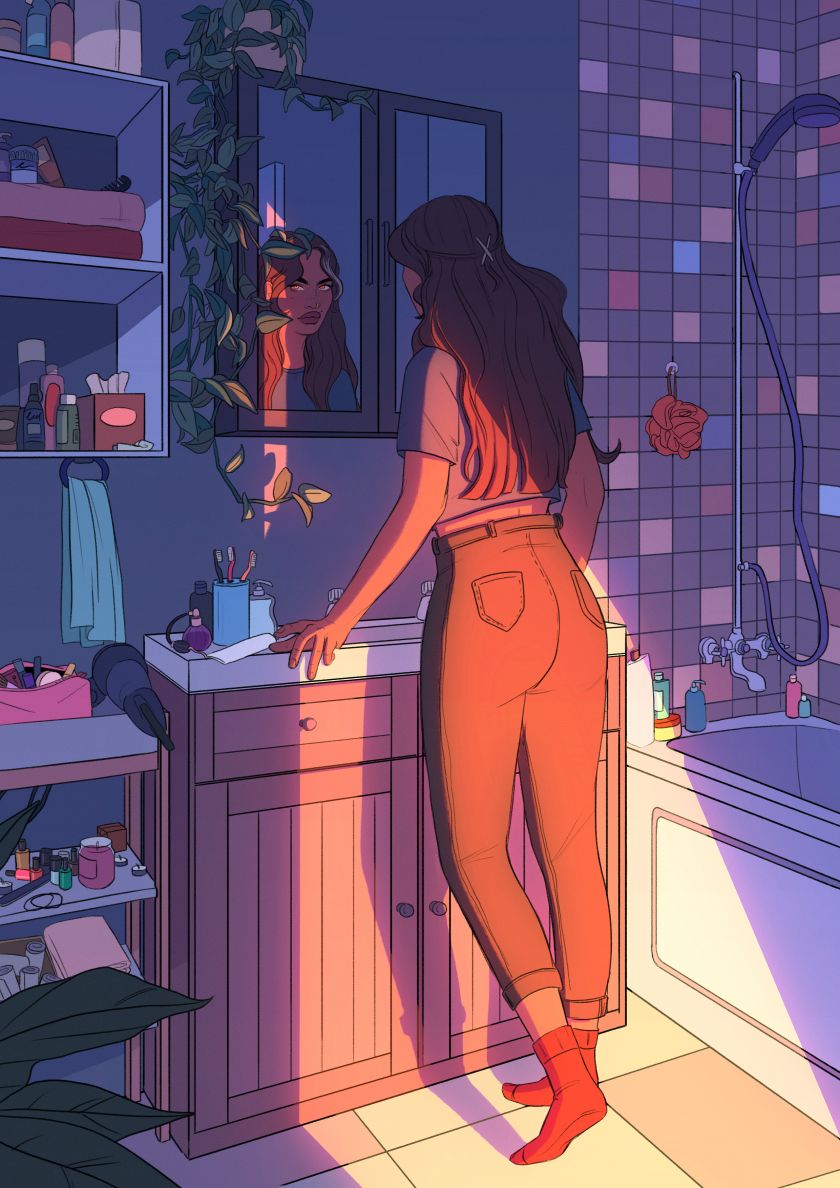 Angus Ulyett is a Birmingham-based illustrator specialising in character design and animation. As a city boy, he is inspired by his urban surroundings incorporating various elements of culture, music and fashion into his work. Currently working creatively through commissions, he hopes to open his work up to bigger opportunities in the future as his skills improve. 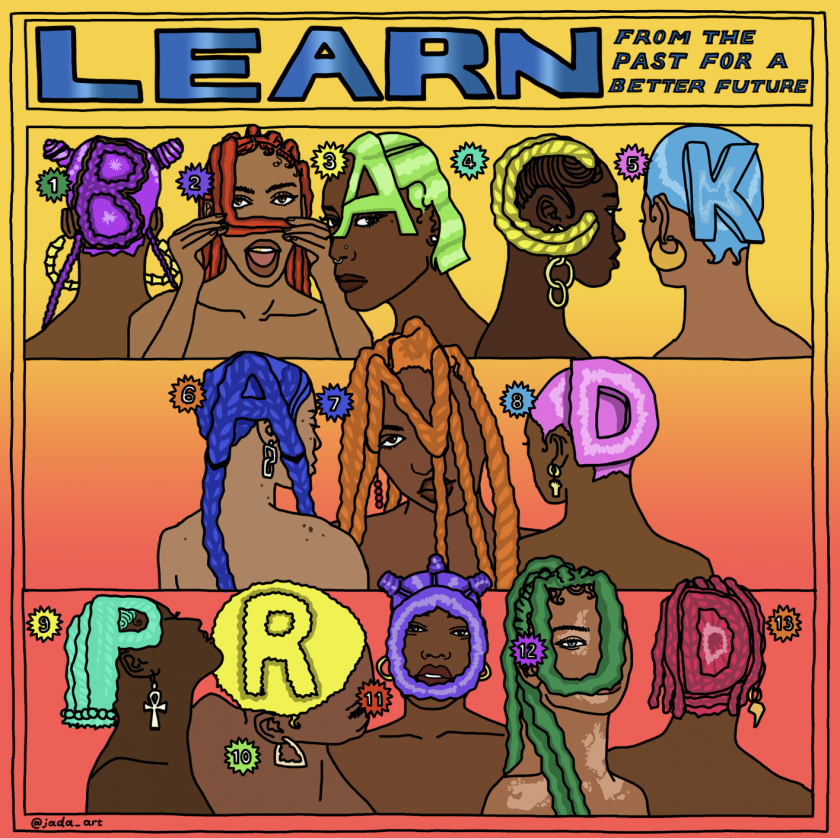 Based in Guangzhou, China, Jiawen Chen attained her MFA degree from the School of Visual Arts where she majored in illustration. She loves to create work using different techniques, including digital painting, silkscreen printing and watercolours. 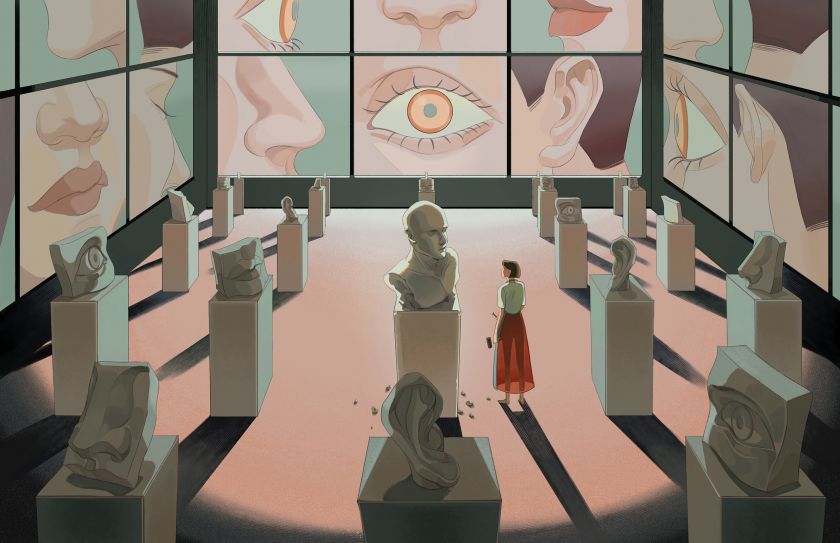 Sophie Cane is a recent BA Illustration graduate and current Communication Design Masters student, known for her use of limited and vivid colours to capture a celebratory atmosphere. She works in a range of media including gouache, screen printing, paper cuts/sculpture and digital drawing. 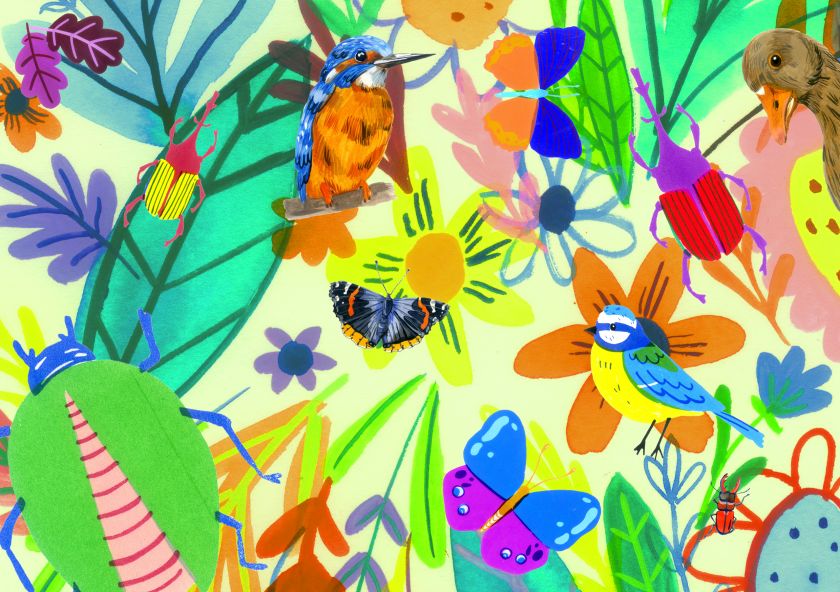 Rory Wynn is a recent graduate from Camberwell College of Arts. His work experiments with a combination of 3D, film, traditional and digital illustration. And his illustrations are expressive, with an emphasis on humour and play. Often reactive, his work gives us an interesting new look at power and politics across the world. 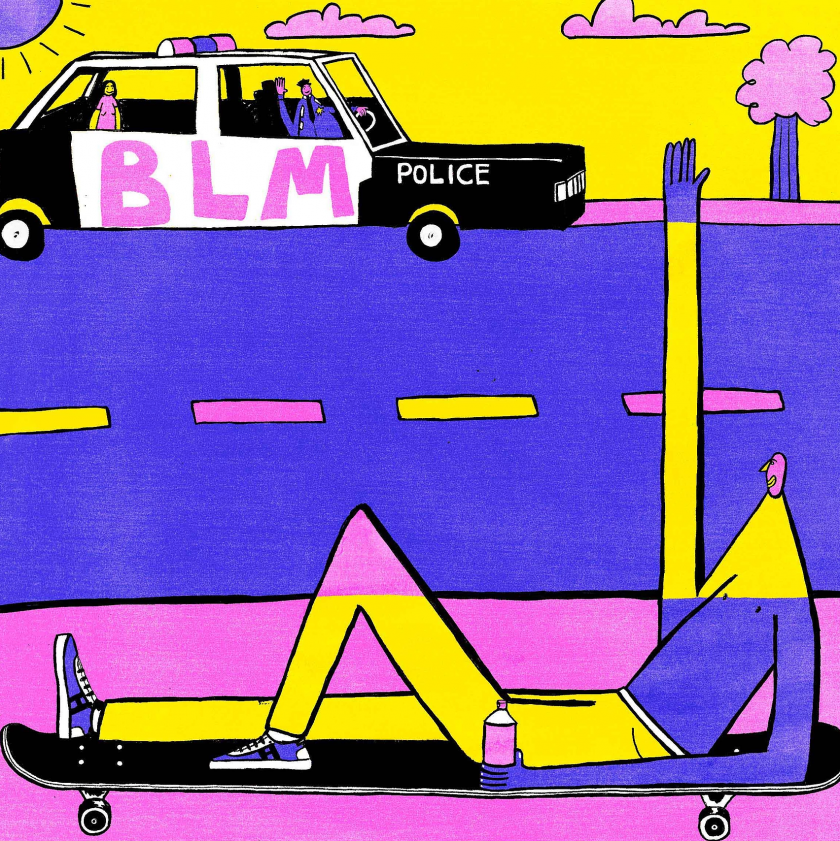 Eleni Debo is a Belgian illustrator, currently living in the alpine mountains of Italy. Represented by Folio Art, she combines analogue and digital painting, and her work is regularly featured in newspapers, books and magazines. As a conceptual thinker, she has an incredible talent for distilling often complex stories and subject matter into a single thought-provoking image. 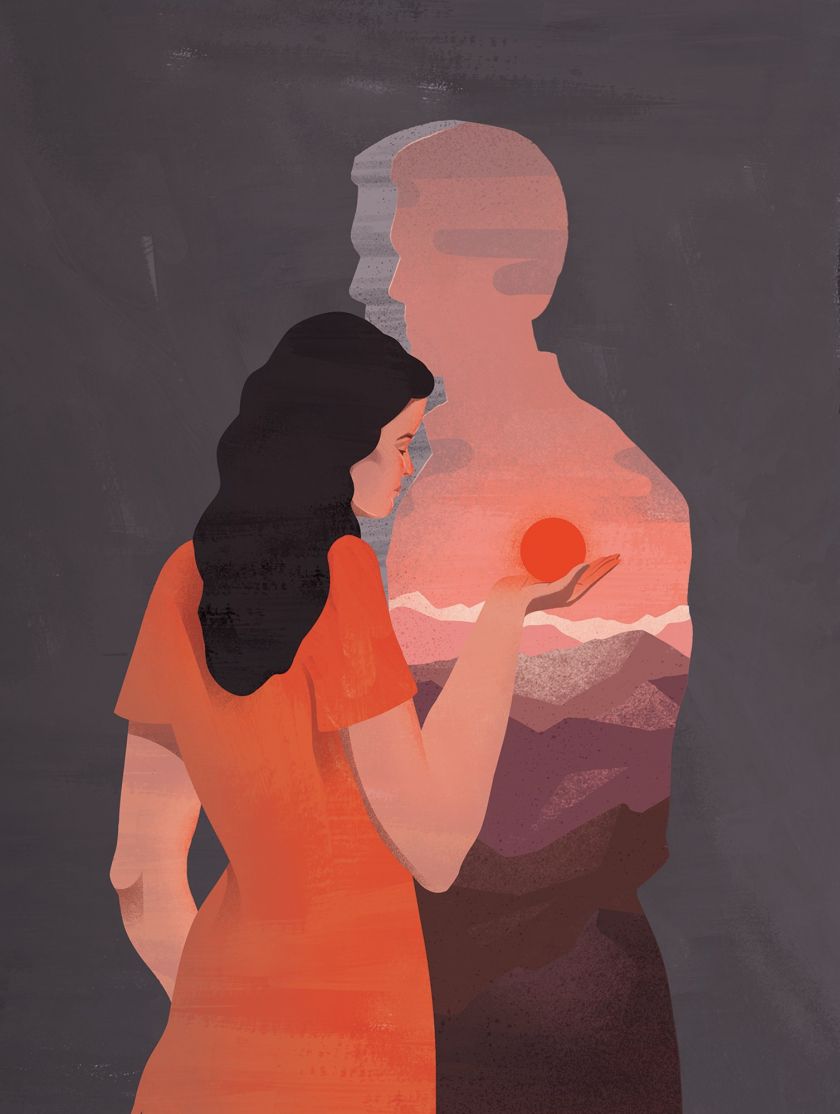 Jess Hannigan grew up in Niagara, Ontario, and loves creating pictures with a vibrant, flat, and lumpy quality. Her work is strongly influenced by toys from the 1990s, slightly unnerving ceramic clowns, and candy wrappers. She often explores the messy experiences of being human and our relationship to our junk. She recently earned her BFA from Sheridan College’s Bachelor of Illustration programme. 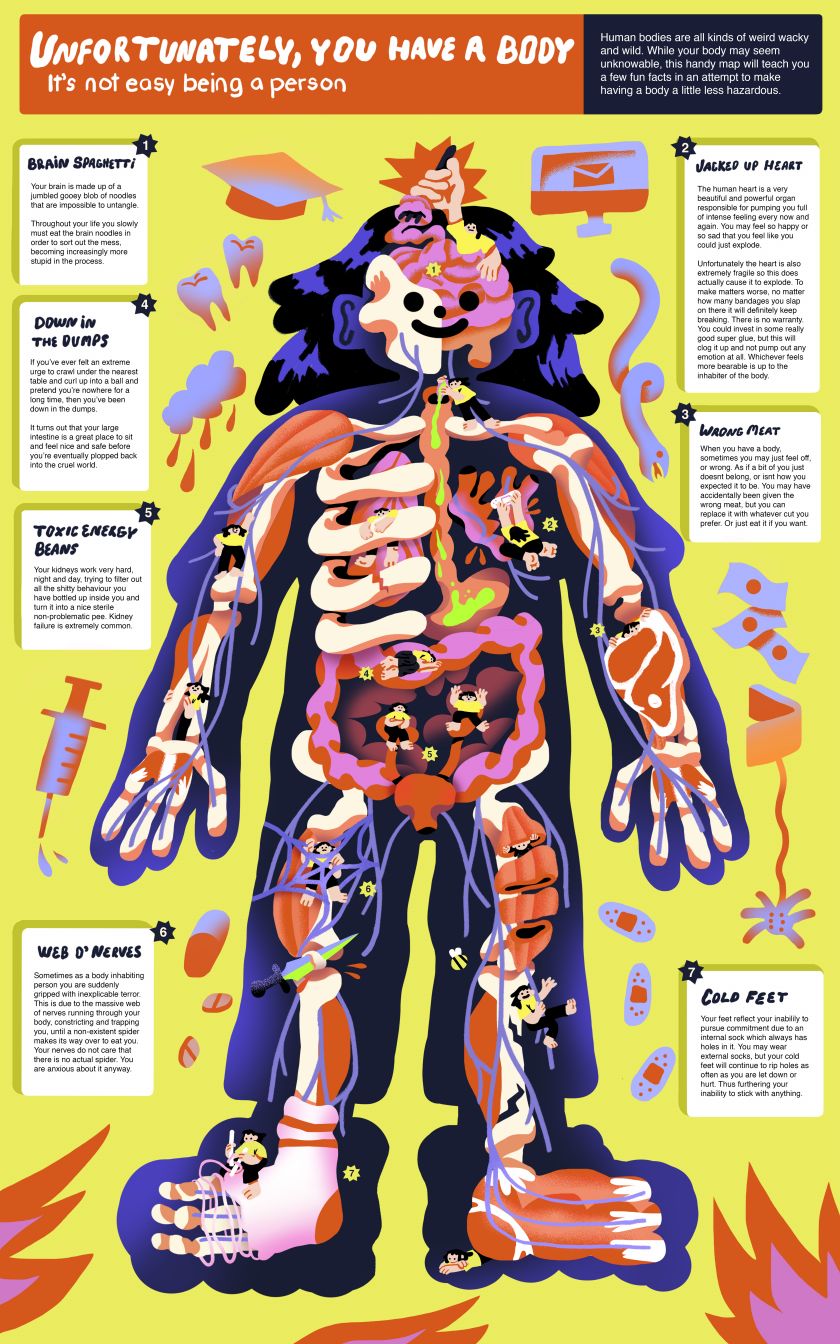