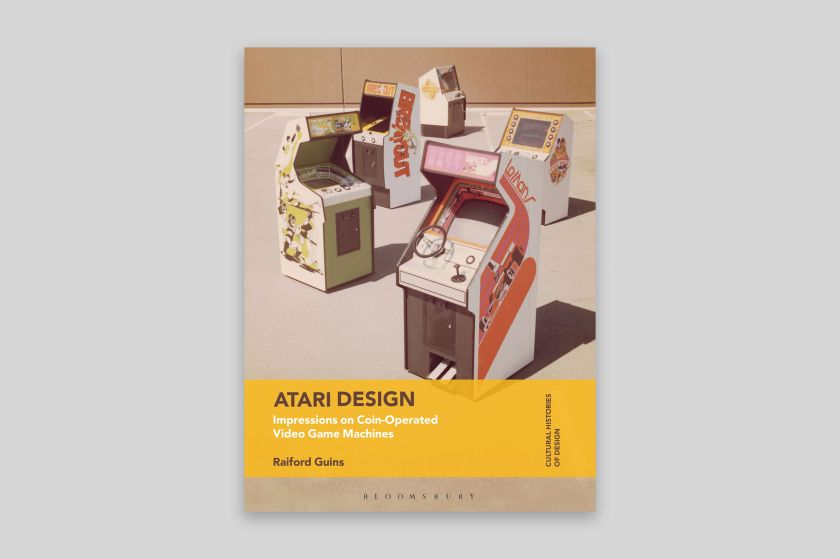 There was once a time when you could only play video games in arcades. For Atari, its innovative game design played a key role in its growth during the 1970s and ’80s – from Pong to Asteroids and beyond. But what set it apart from its competitors was innovation in the design of its coin-operated machines: Atari didn’t just make games, it designed products for whole environments.

A new book by Raiford Guins, Atari Design: Impressions on Coin-Operated Video Game Machines, takes a long-overdue look at the importance of Atari’s game cabinet designs – not only to the success of the games themselves but also as a major contribution to the history of graphic design.

Here, you’ll follow the university professor and founding editor of ROMchip, a “journal of game histories” – as he pieces together a visual history of game design, interviewing many of the key designers and digging deep into the archives. We’ll certainly learn why design was never an afterthought at Atari.

Inspiration for the new book came from questions raised during research for his previous title, Game After: A Cultural Study of Video Game Afterlife. “I spent time at museums with video game collections and found myself often observing coin-operated video game machines on display but not in operation,” Raiford tells Creative Boom. “They were either not powered-up or, perhaps, no longer functioned. They were presented to museum visitors as artefacts to only be seen. This, for me, raised the question: what are visitors meant to know from a video game machine when we cannot experience its gameplay or interact with it as a medium designed for interaction?” 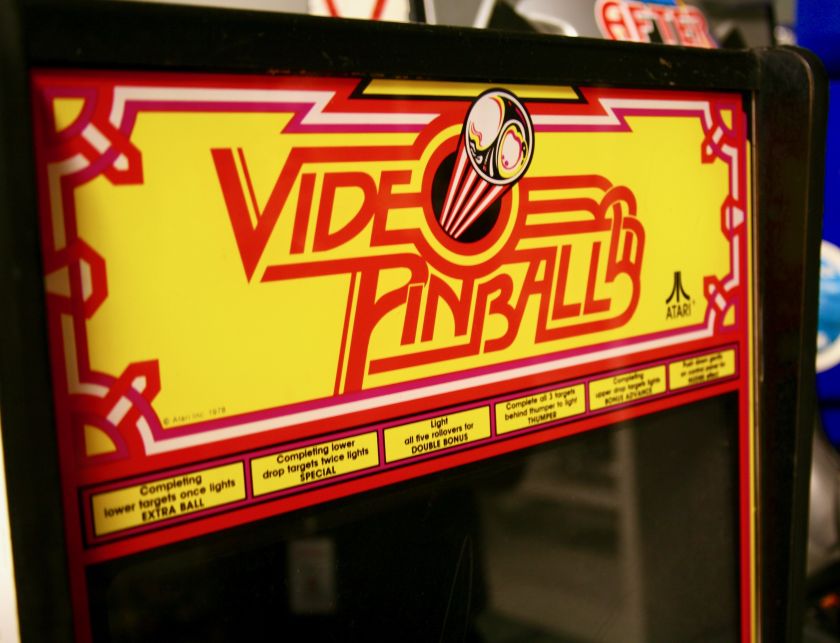 Raiford’s book sets out to answer this question. And highlight the fact that these cabinet machines are the result of industrial design, graphic design, mechanical engineering (like game controls), and interaction design. “These design fields and practices have been largely absent from the history of games when electrical engineering or software development is what tends to get privileged,” Raiford adds. “That is, ‘the game’ is what is valued over the entire complex assemblage responsible for making the game playable in public.”

Why focus on Atari? Raiford puts it down to several reasons. Firstly, the company was the first to mass-produce a coin-operated video game machine that proved incredibly popular and helped to establish an entirely new industry. Secondly, he had access to archival materials to work from via Stanford University and The Strong Museum in Rochester, NY.

He also had access to some original coin-operated machines via private collectors. And, lastly, many of the industrial designers, graphic designers, mechanical engineers, as well as electrical engineers, hardware and software designers are still with us and happy to talk about their time at Atari. “In other words, I had a variety of sources from which to raise design-minded questions and former-designers willing to walk me through their design process at Atari,” he says. 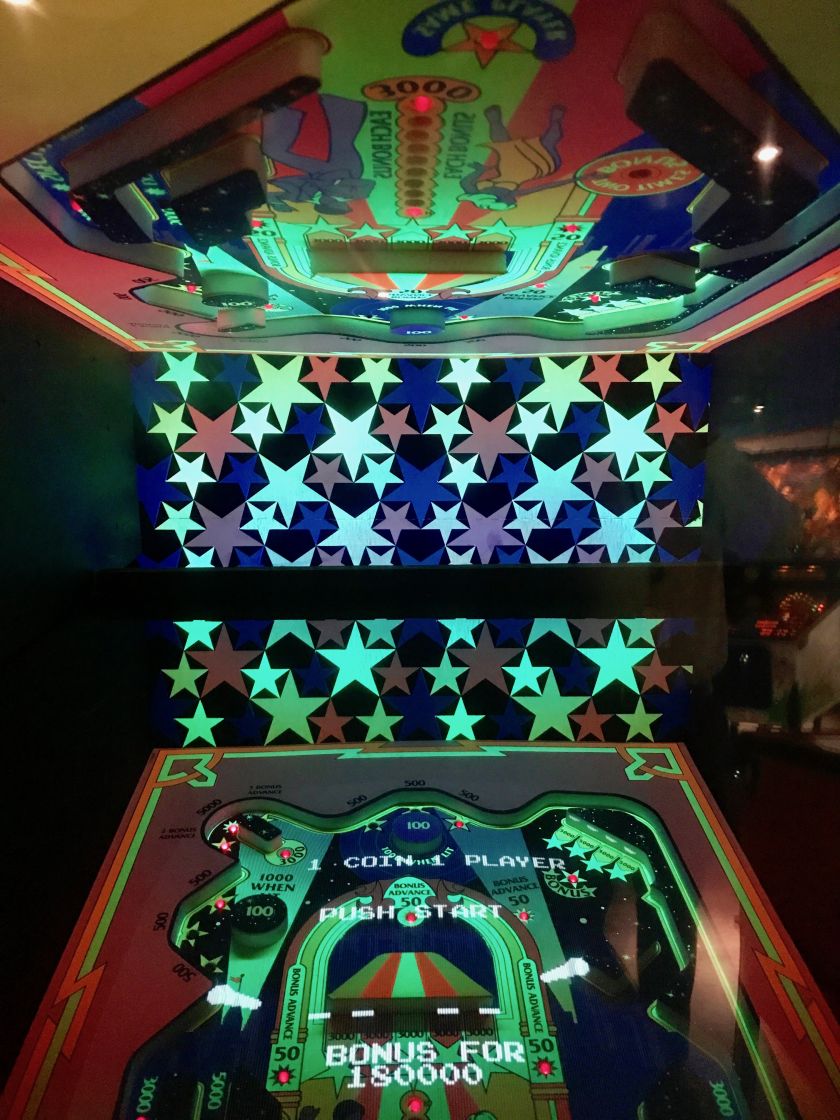 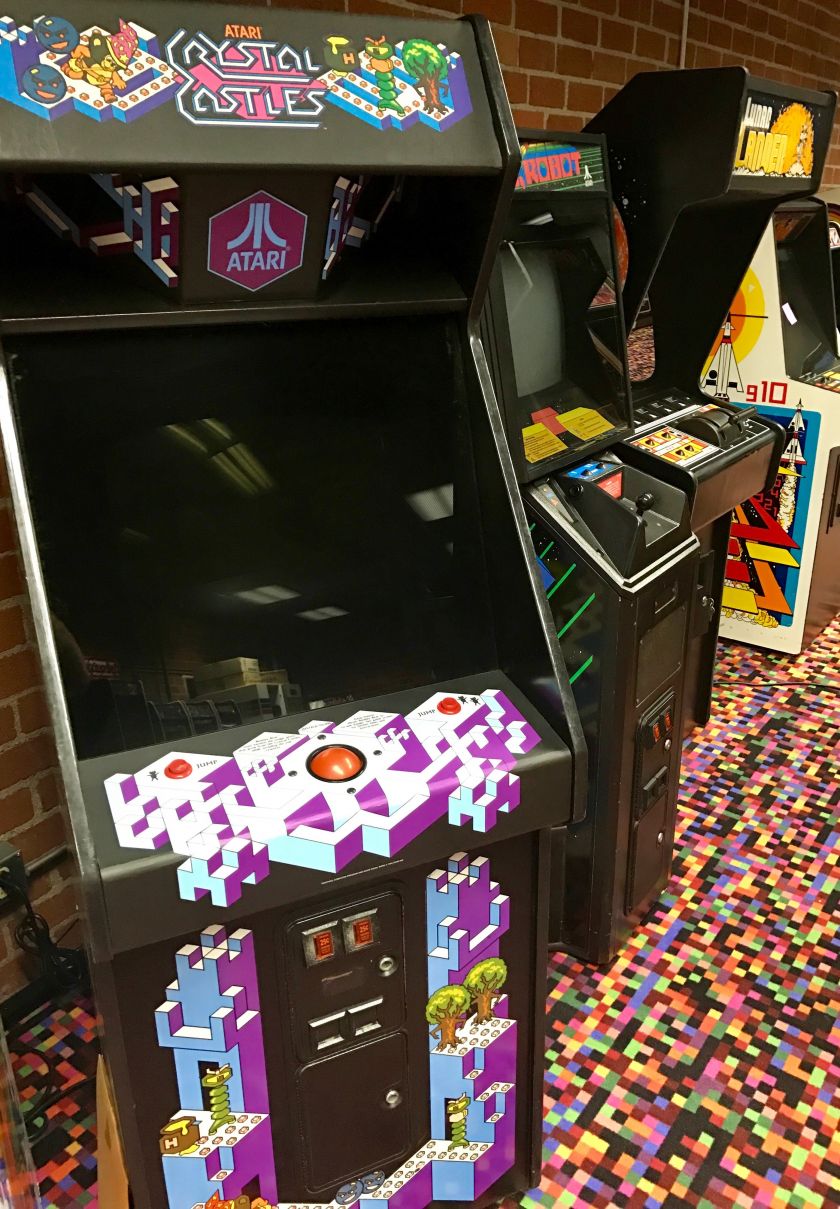 Does he have any personal favourites? “For me, Pong stands out not just because of its competitive, fun, challenging gameplay but because of the design of the game’s cabinet. It’s low enough for kids to play and for adults to place a drink on top (hence maximising revenue). Its minimal instructions for gameplay was legible to a general public unaccustomed to playing a television in 1972.

“The cabinet for Pong intentionally lacked garish artwork and, instead, adorned itself in wood veneer – an appearance adjudged ‘sophisticated’. Its form allowed access to public places reluctant to embrace the likes of pinball due to its negative social connotations – like juvenile delinquency, truancy, gambling, mob ties – and this single factor allowed Atari to greatly exceed the market for public amusements. Atari sought to gain entrance into as many markets as possible and cabinet design was the means to achieve this.” 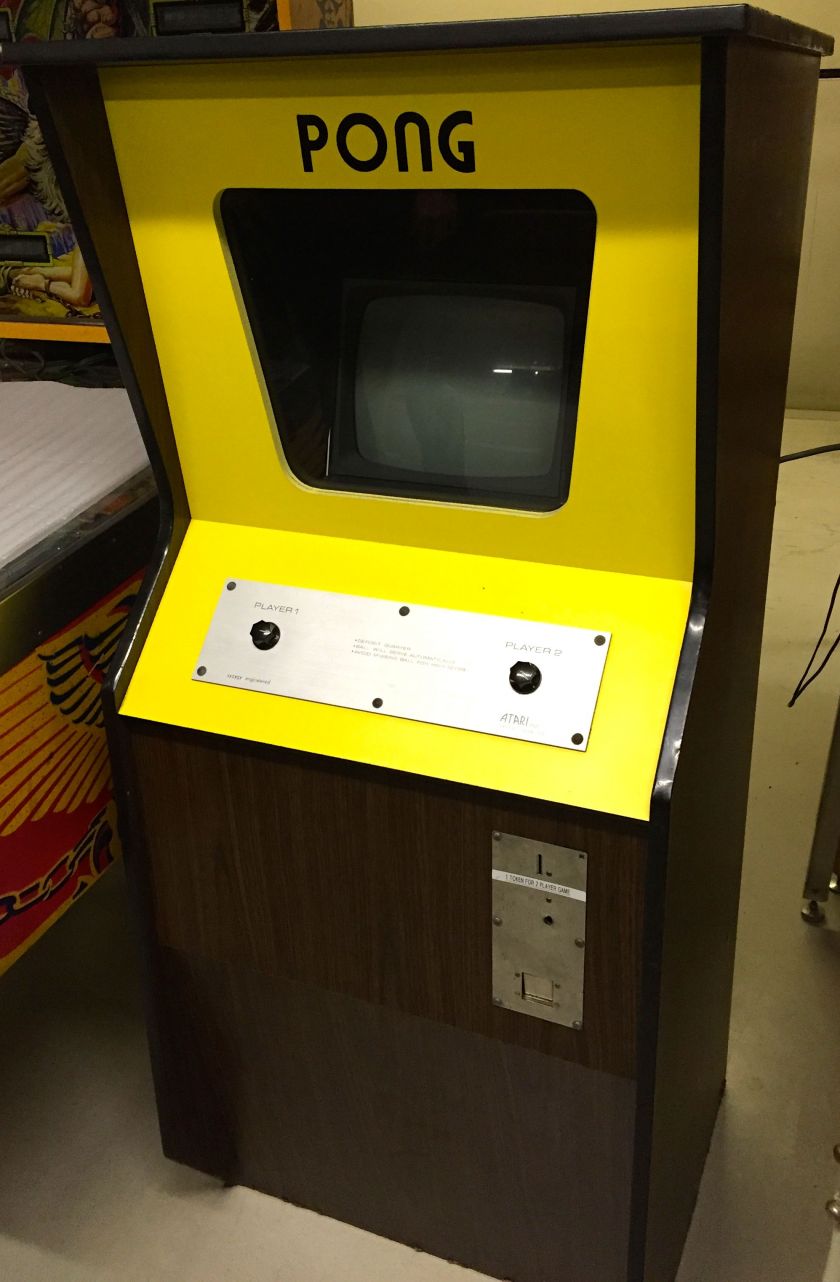 And what about those that didn’t leave a good impression? “The 1970s was a radical period of cabinet design for Atari,” says Raiford. “It also sought to have its products appear at airports, posh cocktail bars, restaurants, convenience stores, grocery stores, bowling alleys, skating rinks. Atari explored numerous different cabinet types during this period. Small, sit-down, cocktail table cabinets would appeal to a bar or cocktail lounge owner, whereas big ‘sit-inside’ cabinets would be a game room or arcade only due to the square footage required.”

Those smaller ‘cabaret cabinets’ of that era first appeared with Asteroids in 1979 and were designed to maximise square footage at locations where floor space was at a premium. “By the very late 1970s and well into the ’80s, the company began to adopt a more standard upright cabinet style which was used on the majority of space-themed and character-based games.”

During this period, games like Kangaroo and Dig-Dug were developed. “If you’ve seen the cabinet for Asteroids you will be familiar with the style that I speak of,” says Raiford. “I wouldn’t say that they ‘didn’t stand out’ but that the medium and Atari had already secured markets and that less location-minded cabinet designs were being adopted. That hard work across the ’70s already won market access and once the popularity of coin-op gameplay proved lucrative in the late 1970s through the early 1980s less emphasis was placed on innovation in cabinet design.” 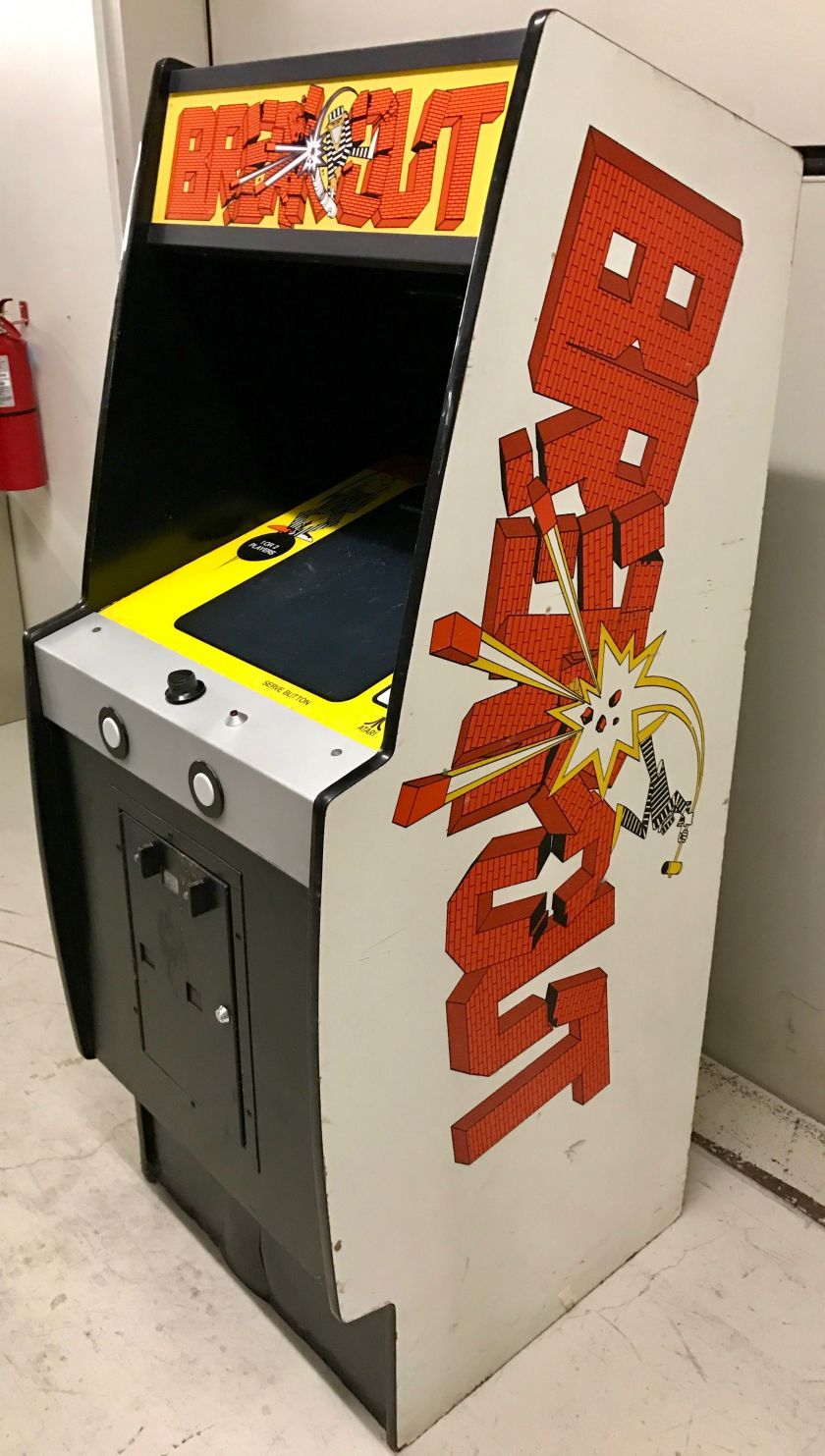 How does Raiford feel about the gaming industry today? “Contemporary scholarly research on video games rarely, if ever, has considered the likes of industrial and graphic design. Every time we push a button on our Xbox controller, enjoy the physical feel of gameplay or struggle to decide whether to display our new PlayStation 5 horizontally or vertically we are experiencing industrial design,” he says.

Atari Design: Impressions on Coin-Operated Video Game Machines by Raiford Guins is published by Bloomsbury and is available to buy at bloomsbury.com.