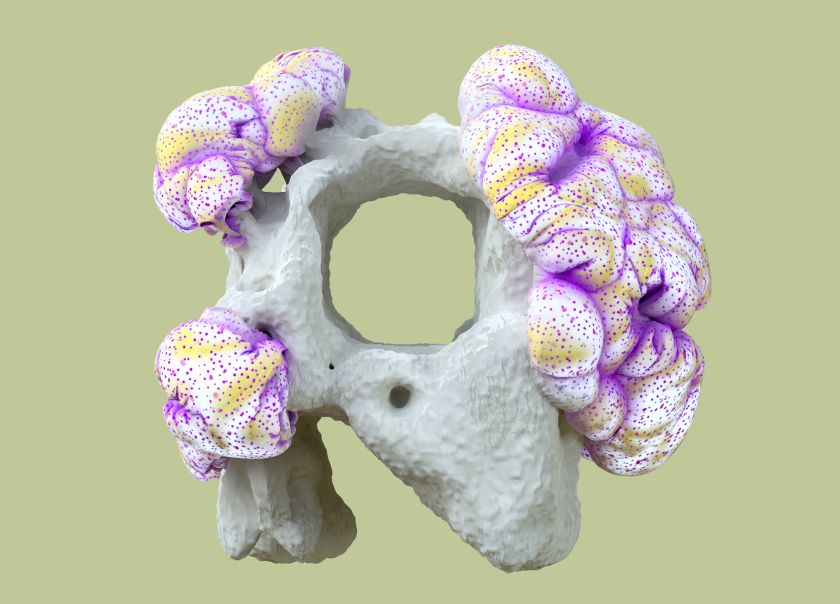 We thought we’d seen it all. Until that is, Pentagram partners Luke Powell and Jody Hudson-Powell designed an interactive web tool that allows us to cultivate and download letterforms (and much more) by stimulating the mycelium growth found in fungi.

Made in collaboration with Counterpoint, HYPHA originally formed part of the team’s visual identity, spatial design and exhibition graphics for the recent Mushrooms: The Art, Design and Future of Fungi exhibition at London’s Somerset House.

The generative tool was created to produce expressive letterforms. How does it work? “The typographic system frames each character as areas of high and low growth possibility, allowing the simulated mycelium to uniquely populate the 3D space each time it is grown based on randomised conditions, with a built-in chance of mutation,” explains Pentagram. 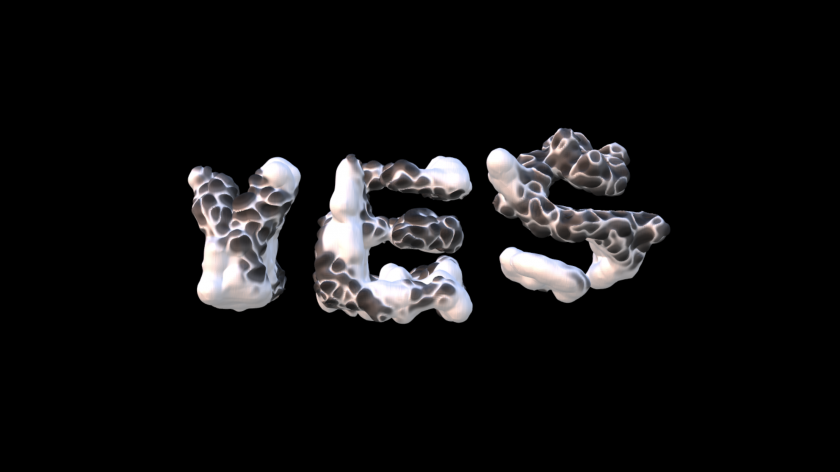 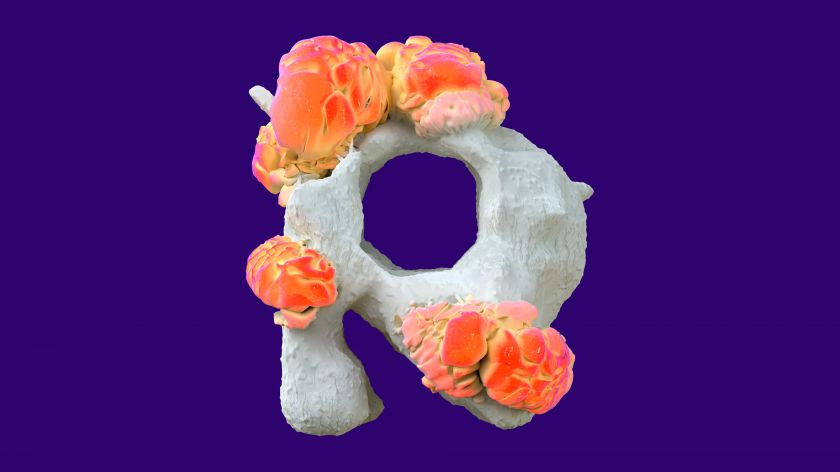 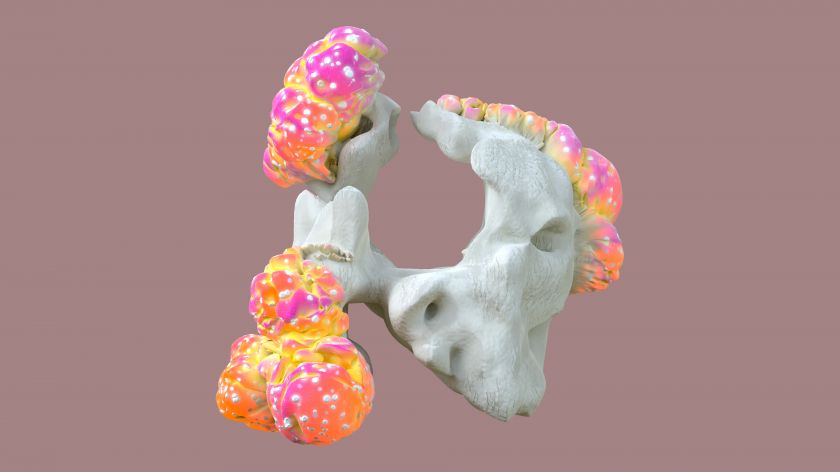 HYPHA was used to grow the exhibition identity and a series of abstract sculptural forms, both of which were realised as 3D prints within the exhibition space. It was also displayed as an interactive artwork within the show itself and used by visitors to grow their own letterforms.

Luke, Jody and their team worked closely with Rosie Emery, who consulted on laplacian growth patterns, and Counterpoint, who implemented an algorithmic mycelium simulation and built the fully web-based development tool in WebGL, Rust, and React which brings the intangible, digital algorithm to life. 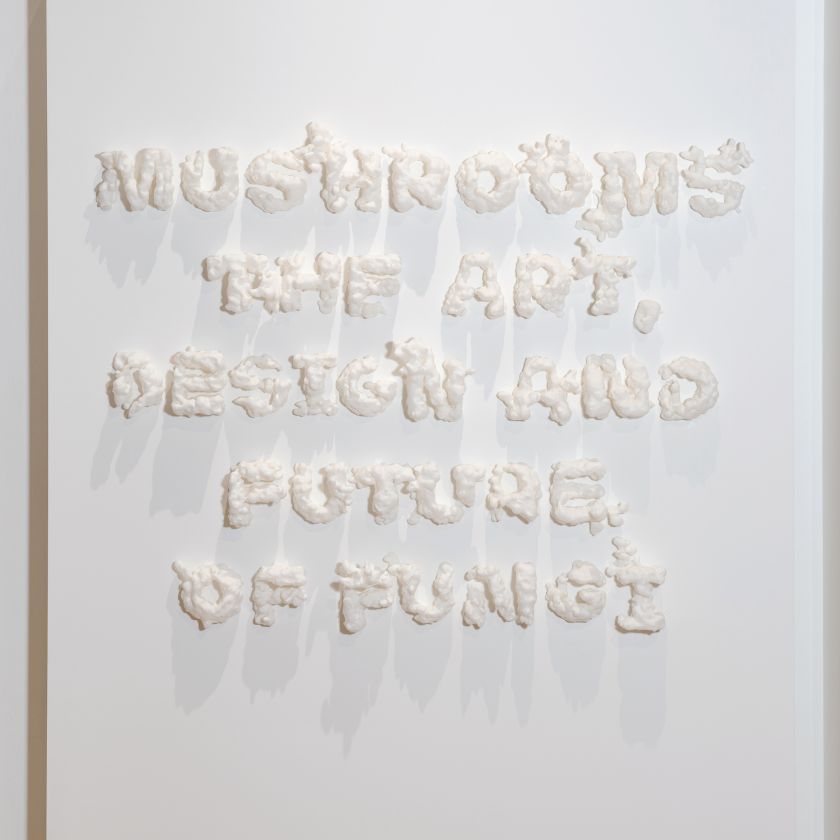 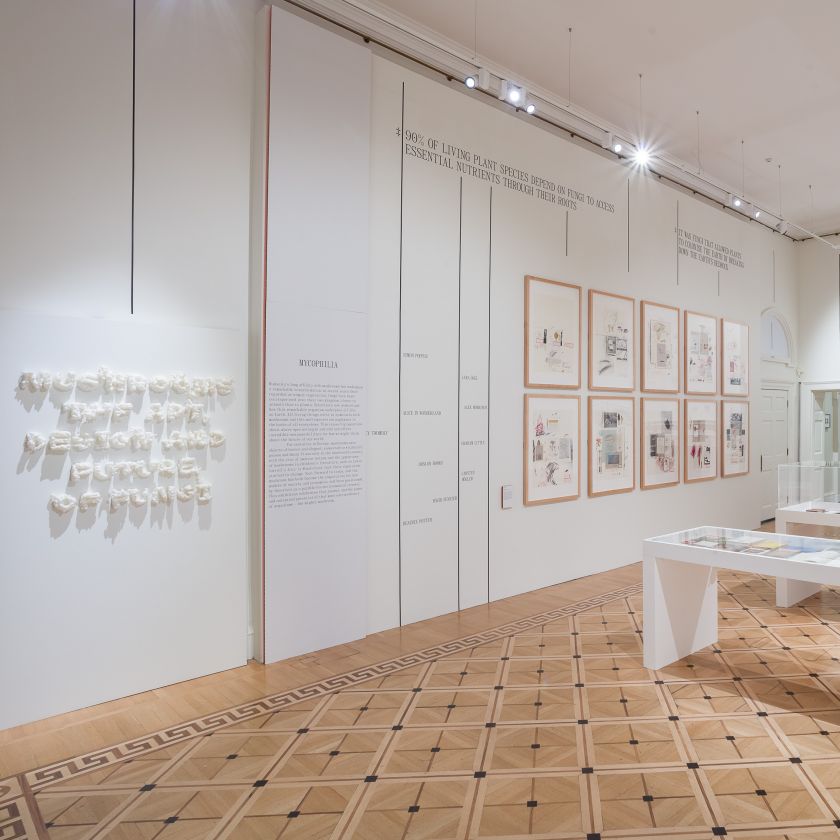 Now available to us, the wider public, we can use the tool to customise growth conditions, growth amount and colour profile, gradually growing unique 3D typography. HYPHA can switch between the structural, web-like ‘Mycelium’ and bulbous, fungal ‘Fruiting’ views of shape as it grows. It’s also possible to upload a custom 3D mesh in which to grow your own mushroom objects, and everything can then be downloaded and shared as either an image or .obj file.

It combines the tactile and organic, with cutting-edge technology, and uses mushroom growth simulation algorithms originally developed for mycological purposes to allow anyone to create their own intriguing artworks and letterforms.