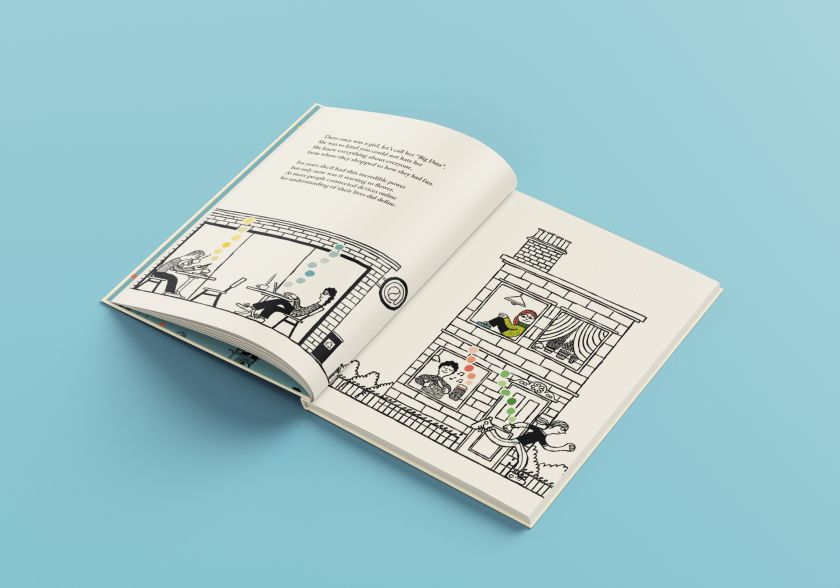 Glasgow-based artist and illustrator Santiago Taberna and Berlin designer Fred Wordie have collaborated on a new picture book that hopes to educate both adults and children about Big Data in the easiest way possible: through rhyme and drawings.

Called Big Data Girl, it follows the story of a girl with the power to see her friends’ data and how she uses this power to give her friends the perfect presents while upsetting other friends along the way by slipping sensitive data. Through this allegory, the book offers an impartial view on the topic to let readers make their own decisions. “We believe this a big topic that touches all our lives every day and we couldn’t find an easy resource to help people be more conscious about how data is used in a fun manner,” explains Santiago.

The idea had apparently been brewing for a while but was catapulted forward after a conversation Fred had with his parents at the beginning of the year. “Fred’s Mum had just got an email from her friend claiming that Facebook and Google were secretly recording her,” says Santiago. “She was terrified about this apparent breach of her privacy. Fred’s Dad, on the other hand, was convinced that this wasn’t a problem. They were just two normal people and what did it matter if companies collected information on them. In his eyes, if they had done nothing wrong then they would have nothing to fear.”

Then there was Fred in the middle of it all, unable to explain the complex topic of Big Data. That’s when he decided to reach out to his friend and illustrator Santiago to collaborate on a picture book that would help. During their respective lockdowns in Berlin and Glasgow, they created Big Data Girl, which has just enjoyed a successful Kickstarter and is due to go into production soon. 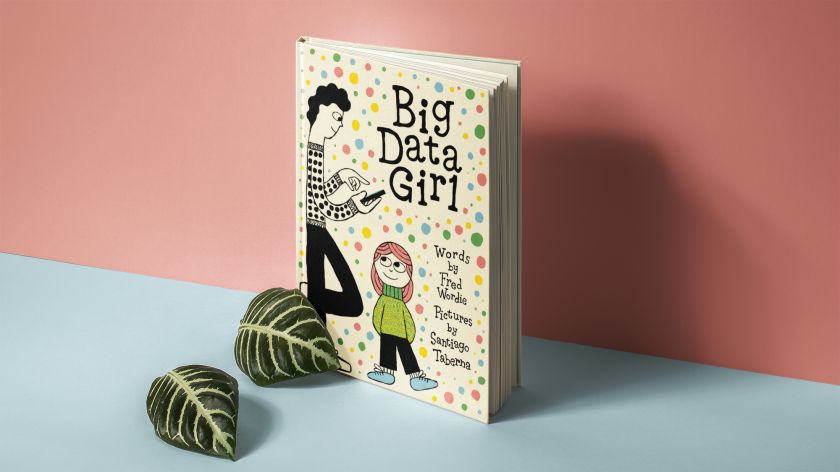 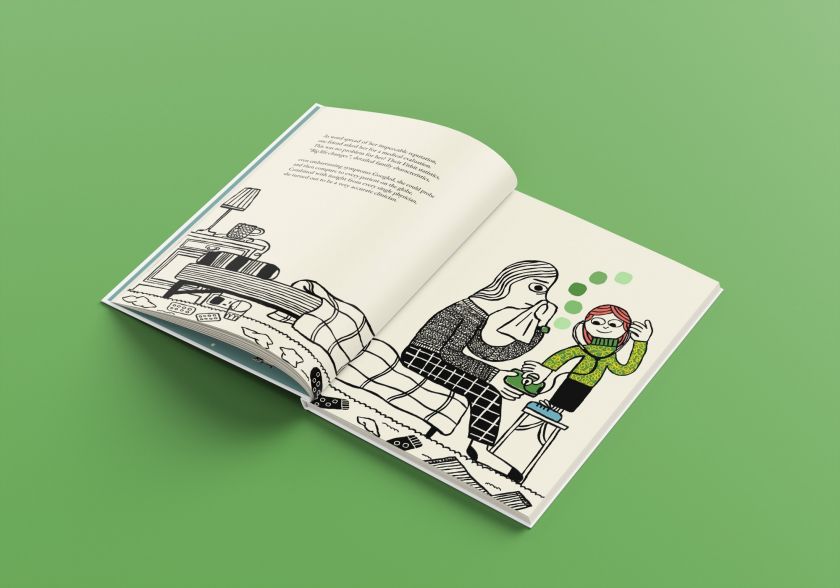 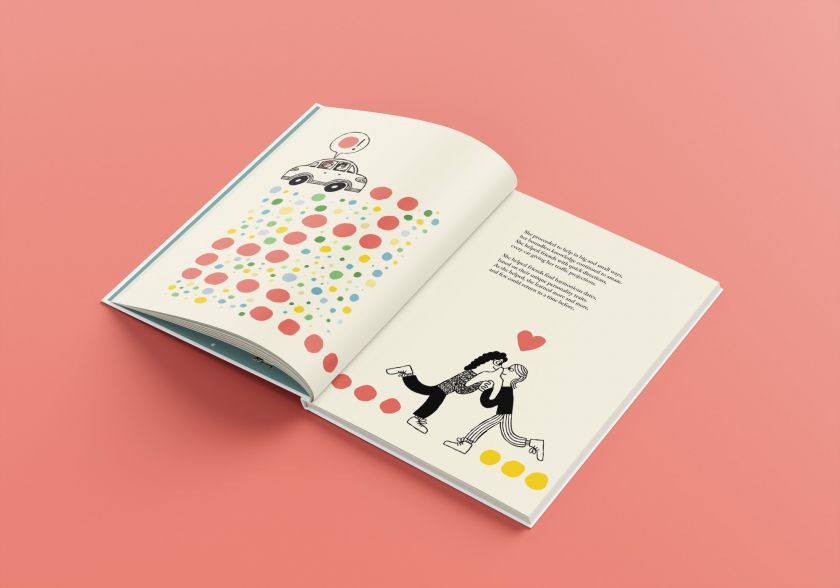 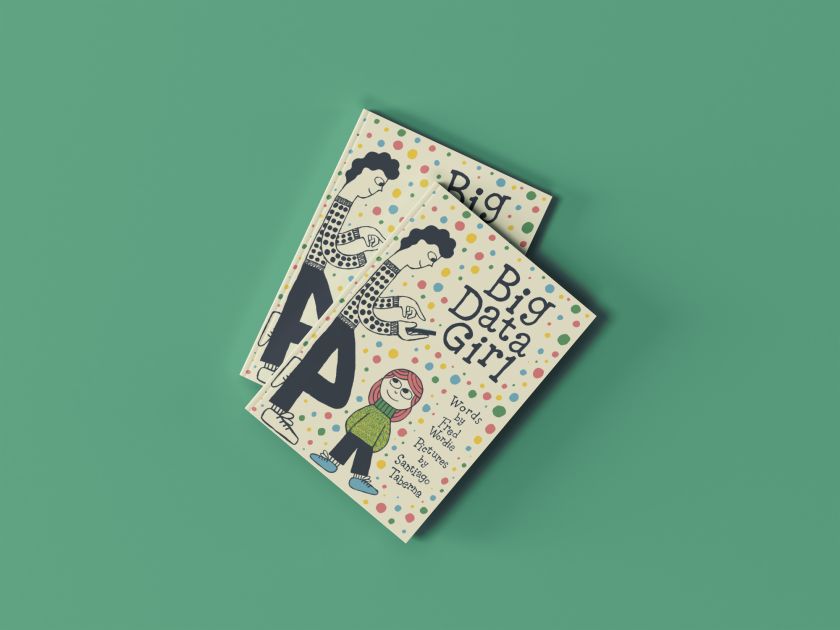 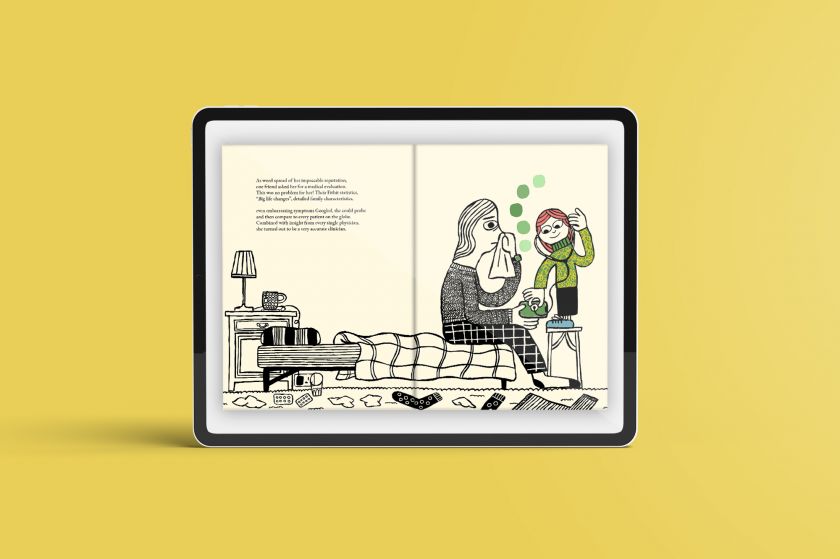 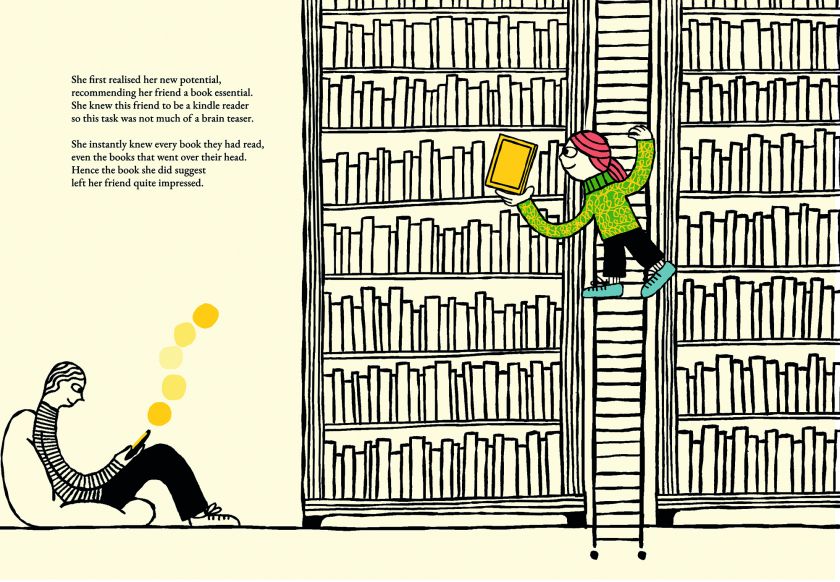