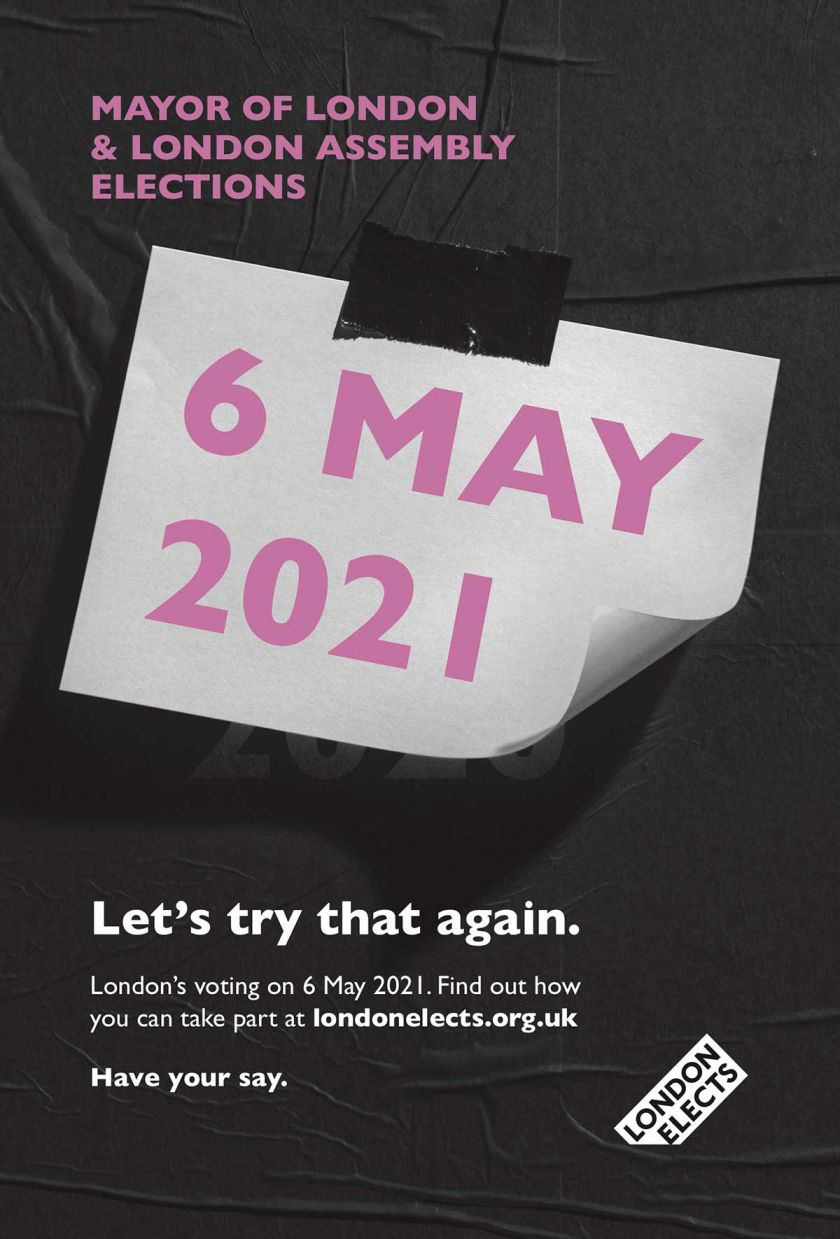 With the postponed Mayor of London and London Assembly elections coming up in May for those in the capital, the GLA’s in-house design team has created a campaign called London Elects to raise awareness and encourage people to vote.

Billed as “a play on postponed elections,” the campaign leads with the strapline “let’s try that again. It will run until Election Day on 6 May and comprises poster advertising displayed on the underground and buses; audio spots played on London radio stations; an animated advert screening on video-on-demand platforms; and social media messages.

Video demand became a key part of the campaign since its use has increased so sharply over lockdown. The London Elects campaign goes hand in hand with the register to vote campaign by the Electoral Commission.

The campaign creative was informed by qualitative research carried out with Londoners, according to the senior manager for marketing, Kelly McMorran Barnard. “We’re placing the ads where we hope to reach the most people… It’s a simple, straight forward message to use your vote—but a very important message for London.” 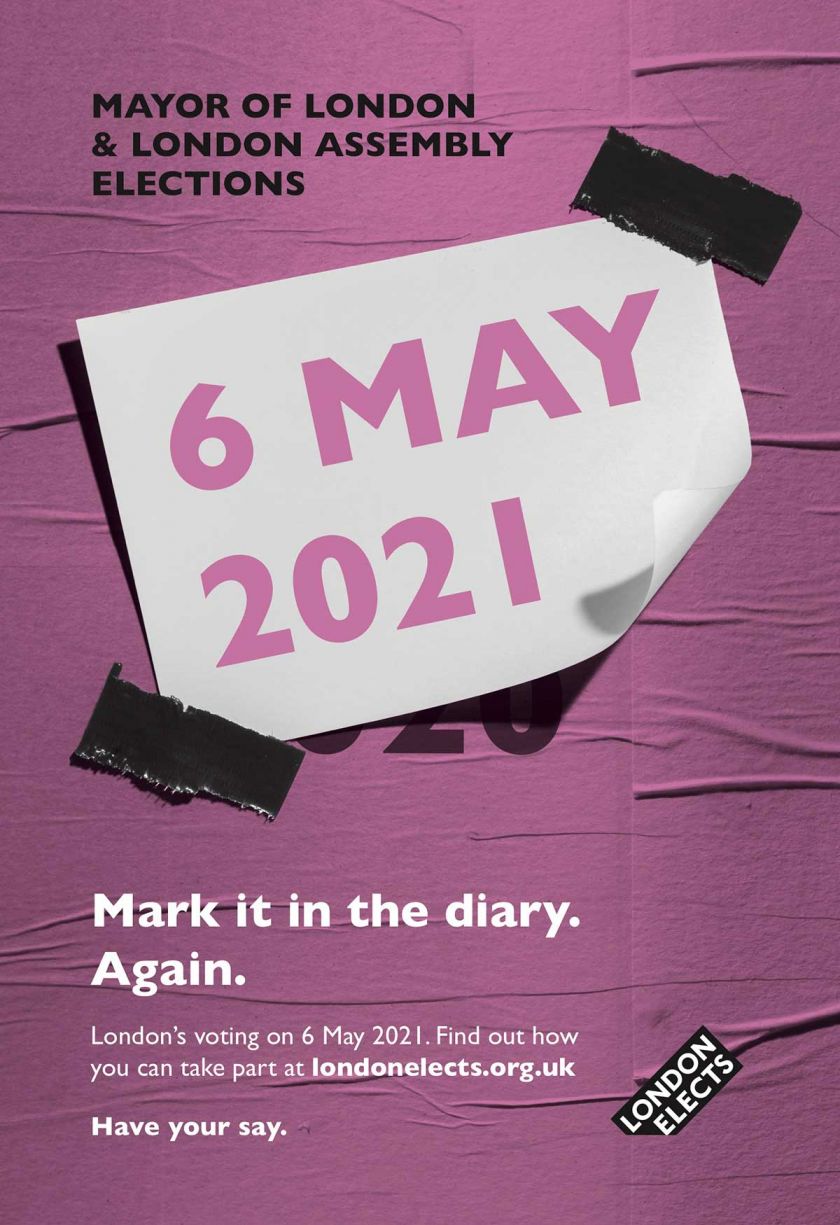 “After the 2020 delay, it’s very important that Londoners know when, where and how to vote: we want everyone to be able to have their say on 6 May,” says GLA returning officer Mary Harpley. “Despite the one-year delay, Londoners should seize their chance to shape the capital’s government—and their city. Even though COVID is still with us, no one should miss out.” 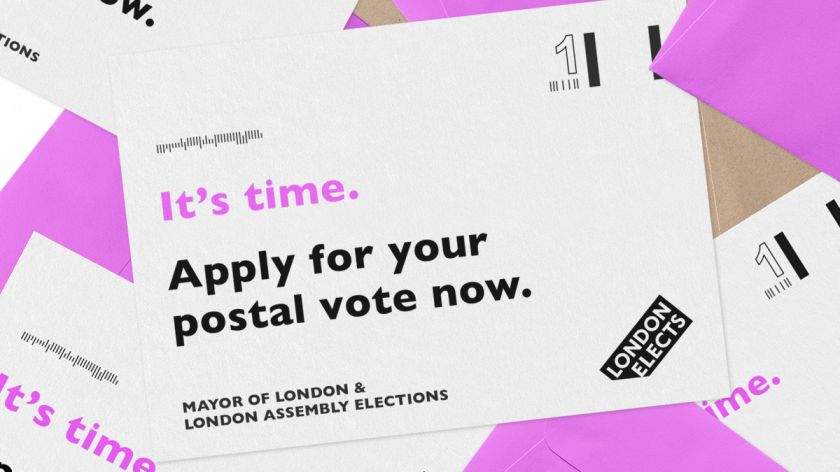 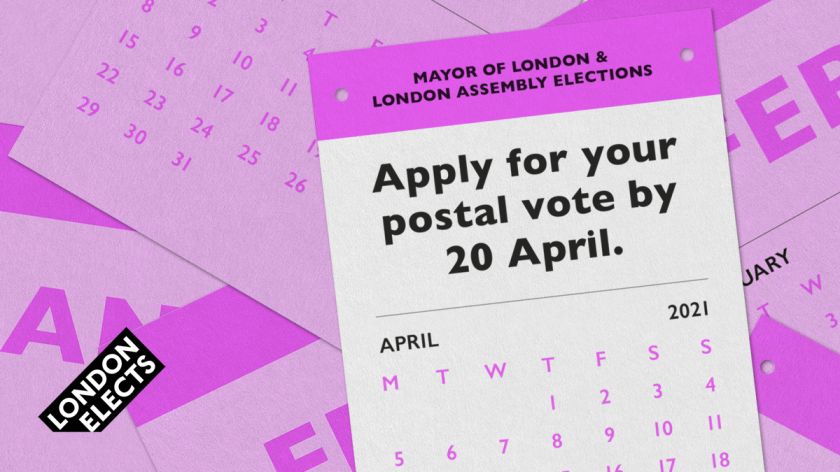 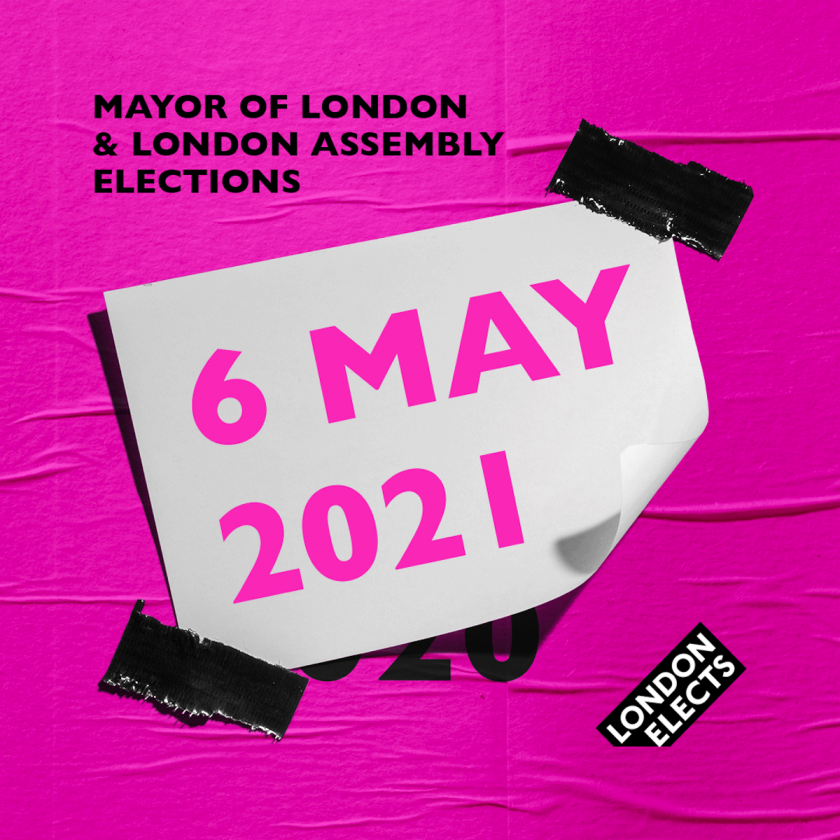 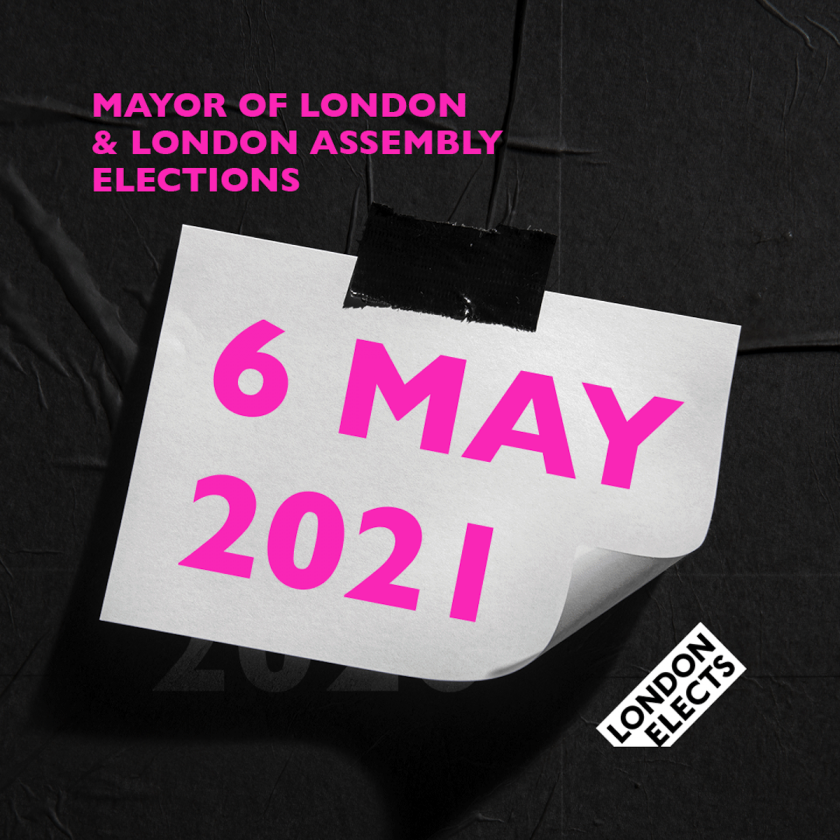