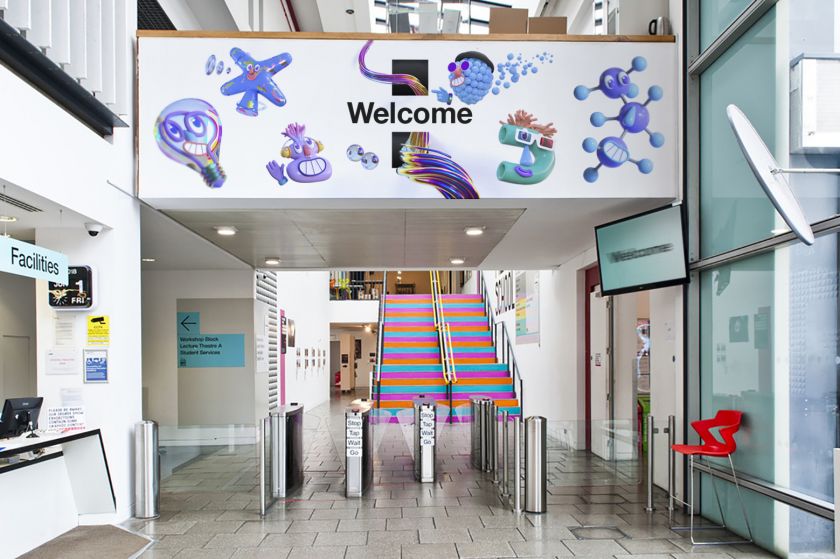 As term begins for students everywhere, the University of the Arts London (UAL) has launched its ‘Big Welcome’ campaign, with a fun brand identity created by Alphabetical in collaboration with UAL alumni and 3D animator and illustrator, Jack Sachs.

It’s the first time since the beginning of the pandemic that students will return in-person, so the UAL hopes to instil confidence and excitement with its new digital-first campaign, replacing the uncertainty and disconnect of the last 18 months.

The Big Welcome is responsible for introducing new students to their campuses, offering advice and support, and highlighting key information before the term begins, but most importantly, welcoming students from diverse backgrounds back with open arms.

“We didn’t want people to feel like they were missing out on anything,” says Bob Young, creative partner at Alphabetical. “Our approach gives all UAL communications a distinctive look and feel that’s welcoming and fun, focusing on the diverse characters, personalities and interests of UAL students. It connects with the heart of UAL, creating instant brand recognition.” 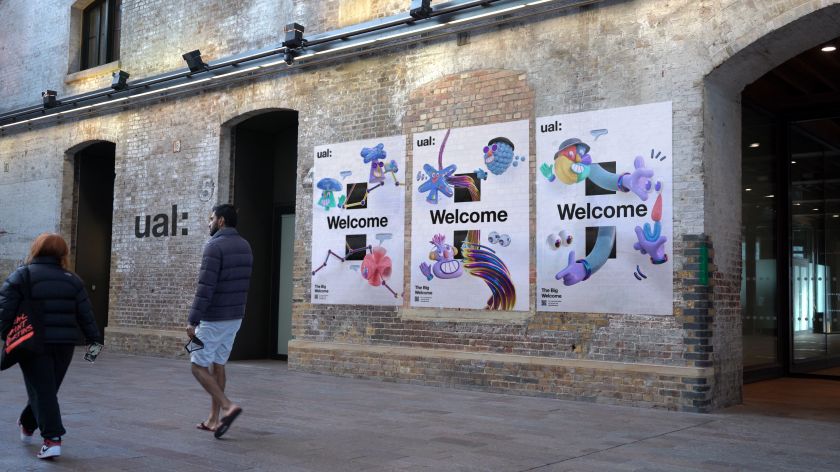 “The campaign is fun, poppy and character-led, with unique abstract characters,” Bob continues. “It works across all digital platforms, which has become increasingly crucial over the past year and a half, but it has the capacity to be rolled out for other environmental communications and promotional merchandise in the future.”

Those characters which lie at the heart of the campaign were created by 3D animator and illustrator Jack Sachs, who graduated from Camberwell College of Arts in 2013 and has worked for Nike, Apple and Spotify among others. The characters offer something everyone can connect with, regardless of gender, age, sexuality, nationality or ethnicity.

The characters are being rolled out across social media platforms, the website, in email correspondence, on animated screens around the campuses and on posters. “I really wanted to inject a bit of comedy, and in some small way brighten up the experience for freshers, making it less dystopian after such a weird year and a half,” says Jack. “It needed to be cheerful and relatable, and by keeping it abstract there can be new cast additions when the need arises.”

Appointing Jack was down to Alphabetical’s approach to get as many people involved in the project as possible; it put out an open call asking for current students and alumni to present their portfolios. “So many people from all disciplines responded,” adds Bob. “In the end we went with Jack because the tone of his work was absolutely perfect. The bright colours, distinctive style and, most of all, his ability to capture distinct personalities in his character design meant he sailed to the top of the shortlist.”