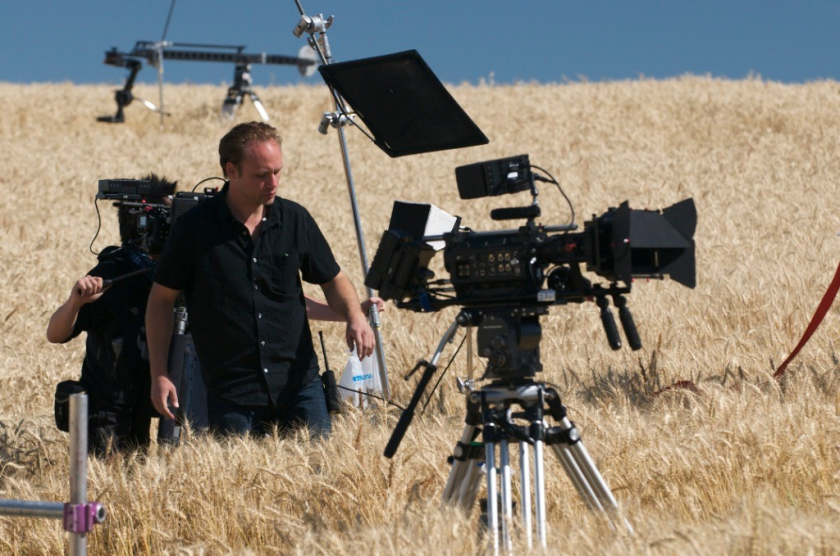 Based in New York City, Corydon Wagner is a commercial director for Ataboy Studios who began his career behind the camera as a means of supporting himself as an actor. Here, we learn of five books that helped cement his true passion for filmmaking and directing.

Although Corydon Wagner thought being an actor was his career choice, it was time spent behind the camera to support himself through those tough early days in Hollywood that made him recognise his life’s work: directing.

He was fascinated with the medium: its composition, staging, and performance that he fell in love with. And in his breakout year as a commercial director, Corydon received a 2012 Young Director Award at the Cannes Golden Lion Festival. That same year, he also won Ciclopes, AICP, Summit International, Hermes Creative Awards. He was also a Webby Branded Content Honoree, so it’s certainly interesting to see how a switch in focus led to much success.

We were curious to learn of any books that might’ve forged this path into directing, and Corydon was more than happy to oblige. Corydon, it’s over to you.

In Hollywood, Robert McKee incites either reverence or revulsion depending on who you intend to provoke. My sentiments are more utilitarian. One day in college, my close friend and frequent collaborator Dennis Liu burst into my dorm with a dog-eared book in hand, proclaiming he discovered the manual to better scripting. My first reaction was, no way! I set about reading this tome, and, sure enough, I felt as if I stumbled upon a pearl of secret wisdom passed down from Aristotle himself. The truth is that Robert McKee does not deliver the secret to a successful script; he simply delivers what we all know deep inside in a way that crystallises storytelling. Whether it’s a two-hour film or thirty-second spot, McKee’s reduction helps me plot a path for my characters in a way that feels right for our brains.

McKee draws criticism from creatives who view his process as reductive and overly rigid. However, we all need to start somewhere. You can’t break the Three Act Structure without being a master of it. Knowing what the general public believes they want is the best way to deliver fulfilling surprises or provocative insights.

Thankfully, I’m not an actor. However, as a director, actors are my most cherished collaborators. Speaking their language and understanding their triumphs, vulnerabilities, concerns, and aspirations is key to stitching together a compelling story. I spent most of my college years taking acting classes at various schools. The Atlantic Theater Company is where I fell in love with performance and script analysis. It was ‘The Handbook’ that became our manual. In just ninety-four pages, the mystery of acting is made clear by posing four basic questions that separate the actor the script analysis from the spontaneity of performance. In other words, you give your character motivation using the text and then personalise that motivation using the all-powerful “as if” statement.

When building a scene, these four questions are much like a hierarchy of needs for a director. I use this process to prepare my direction, plot out the beats and supply my talent with a Rolodex of ready-made “as if” statements that trigger them back into the moment. The “as if” line is hardwired into my brain so well that I might even use it when speaking to my doctor or accountant.

3. Design of the Photographic and the Cinematographic Image by Jan Smok

I love this book, and I have not encountered another one like it. The cover is crude, the diagrams feel like they’re from the Soviet era, and there are numerous typos. Yet, the contents deliver deep insights into visual storytelling.

This simple 200+ page book achieves a marriage between the technical essentials of cinematography and its emotional impact on the viewer’s mind. One chapter can cover colour systems from various painters to the psychological impact of composition using diagonal lines and S-shape patterns. The text has become a resource to spawn ideas, solve problems, and remind me of the basics of how visuals can impact the narrative.

Yes, this is pretty far from your standard books on art, film and design; however, the message about habits and systems is essential to anyone in the business of being creative. James Clear says, “You do not rise to the level of your goals. You fall to the level of your systems.”

Our line of work is messy, and there is often a tension in the brain between getting things done versus staying open and flexible to develop new ideas and unique perspectives. Just overcoming that blank screen at the beginning of a project requires Herculean strength.

When I receive a new storyboard or creative brief, I experience excitement followed by anxiety. Where do I start? What new ideas can I deliver? How can I see this script differently? Most importantly, how do I make this commercial uniquely mine? These questions continue to bubble up; however, my anxiety is channelled productively into a rhythm, a routine, a flow that has been defined over the years into a system.

First, break down the structure of the plot and script, then explore the character’s desires, and finally use this work to guide the visual storytelling. It’s a little more complex than that, but James Clear’s habits-first thinking allows me to get into the creative groove faster and deeper. As he puts it, “There are no high-performance people, only high-performance habits.”

“Art is History’s nostalgia; it prefers a thatched roof to a concrete factory, and the huge church, above a bleached village.” – Derek Walcott

Film has an intoxicating ability to pull you out of your own mind and drop you into a completely foreign experience. Derek Walcott’s words in Omeros did just that to me. An epic poem in the style of Homer, his cast of characters tell the history of a displaced people on the island of St. Lucia. The non-linear timeline feels strangely familiar, so much so that I felt as if the characters’ memories and oral stories were my own. The details were fuzzy, yet the emotional resonance was vivid and real. Storytelling is about bringing your audience into the perspective of the characters to experience their desires and struggles. The impact Omeros had on me is one that I can only aspire to deliver.