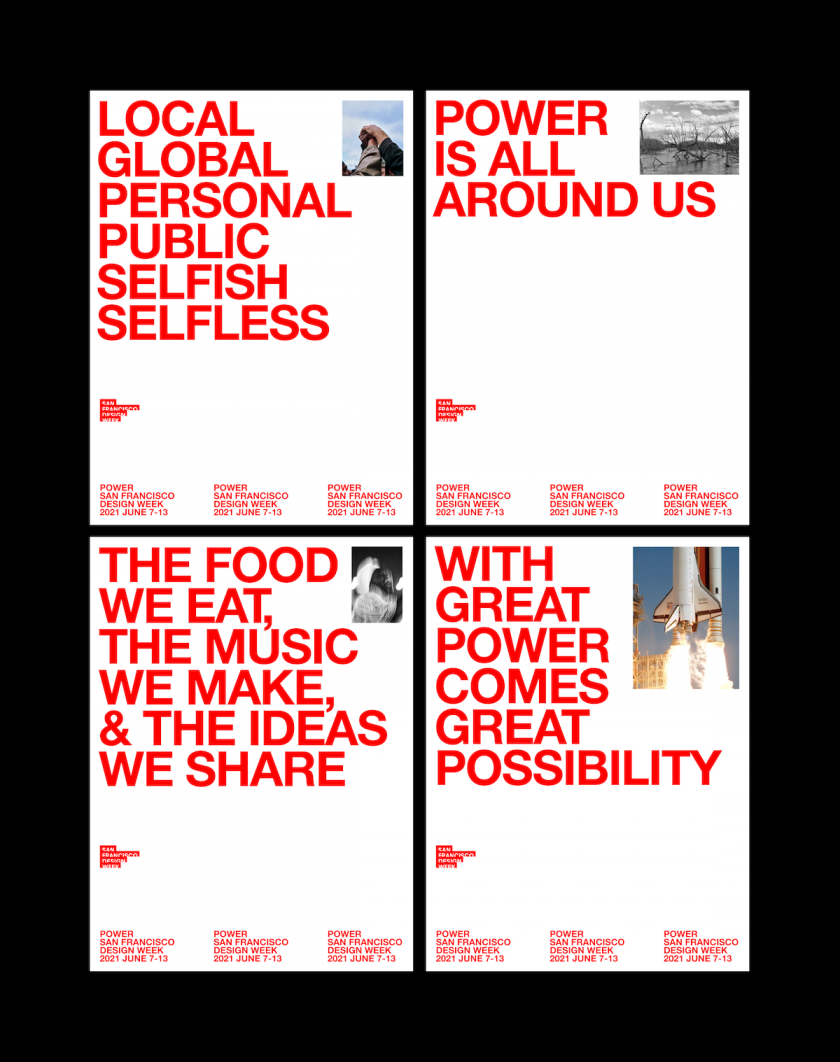 Once again San Francisco-based studio Landscape has created the theme, identity, and campaign for San Francisco Design Week. The 2021 edition of the event takes the theme of Power, inspired by the societal shifts over the past year that have highlighted the frameworks and hierarchies that create power (and disempower) globally.

“Perhaps even, a source of latent energy, waiting to be redirected or inspired to influence systematic change and social good…Better to act and exert and create dialogue than not.” 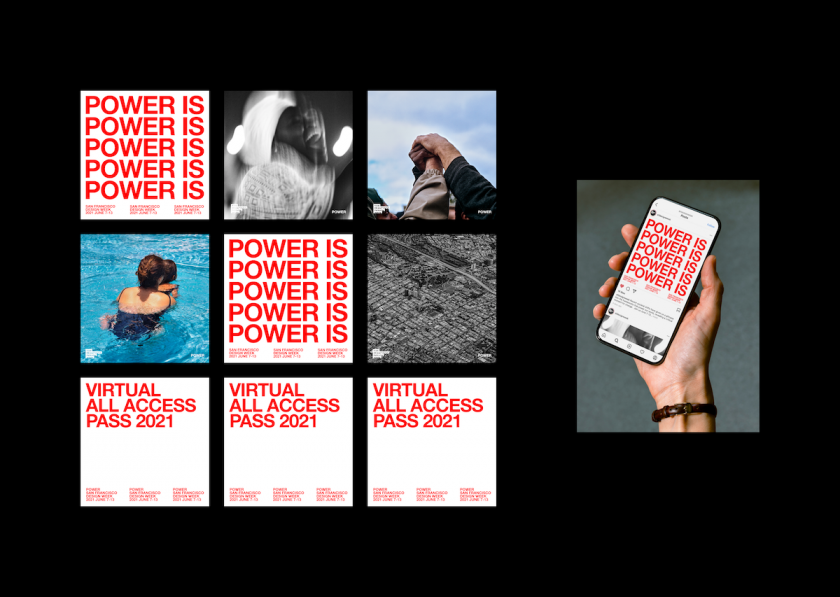 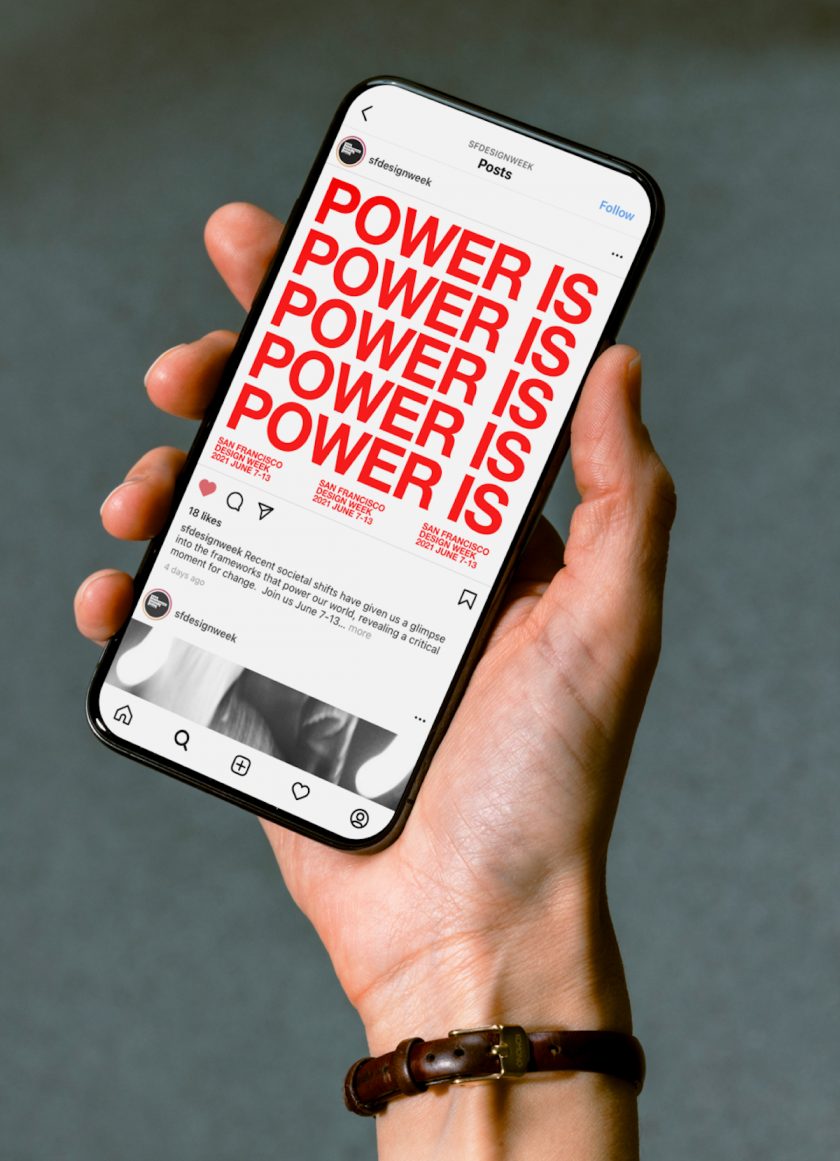 The colour palette is stark red, white and black. Landscape chose red thanks to its associations with power. “We decided to embrace that and use it as a tool to unify the visual language without over contextualising each idea or layout,” says Landscape. “By using a single colour to drive the whole system, we aimed to let the messaging and concept speak louder than the design itself.”

The studio decided to use Helvetica Neue for its neutrality and its ability to deliver a message without adding to the already powerful aesthetics of the other design elements. The font also worked as a “grounding element” to pair with a diverse library of photography, the studio adds. 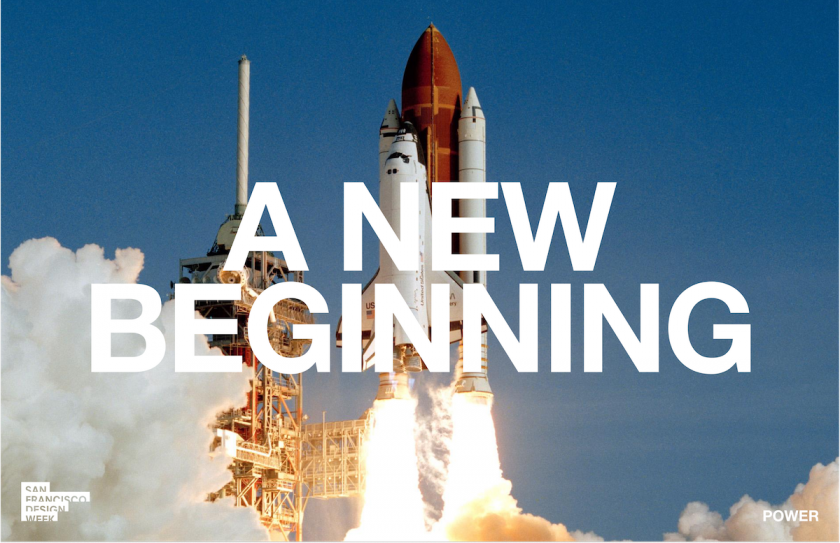 All of the photography used in the campaign was submitted by photographers Landscape had existing relationships with and were chosen for their “contemporary and artful” but also “relatable” style. “Our hope was to gather a diverse set of images that conceptually spoke to the bigger theme but took on their individual, unique perspectives,” says Landscape.

The idea behind the concept more broadly was to reconsider the idea of power, with its negative and positive connotations, and create space for a conversation around its meaning for designers and non-creatives alike. “The balance of a system that makes space for such conversation had to feel equally as design-forward as it had to be inviting and engaging for anyone and everyone,” says the studio.

Over the coming months, Landscape will be releasing talks from the festival as part of its Shapes of Power series. The first, a conversation with Yuji Sakuma, Design Director at microbial sciences company Seed, is now live here. 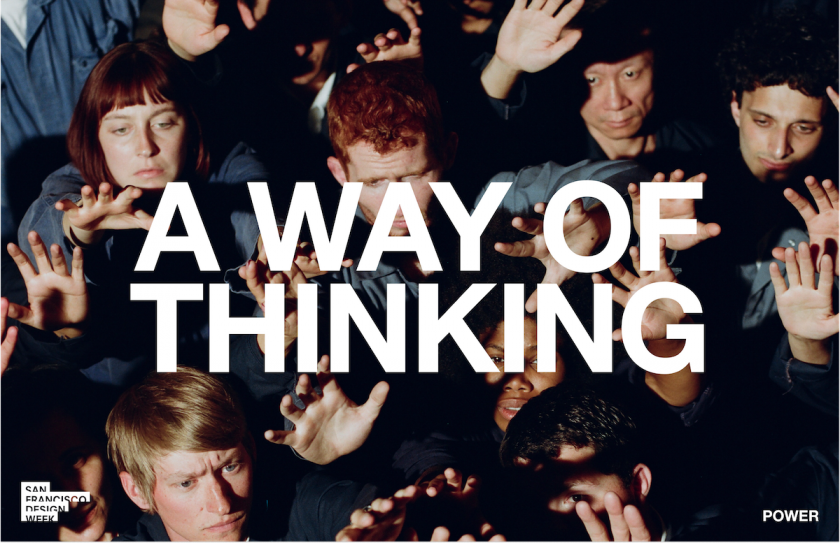 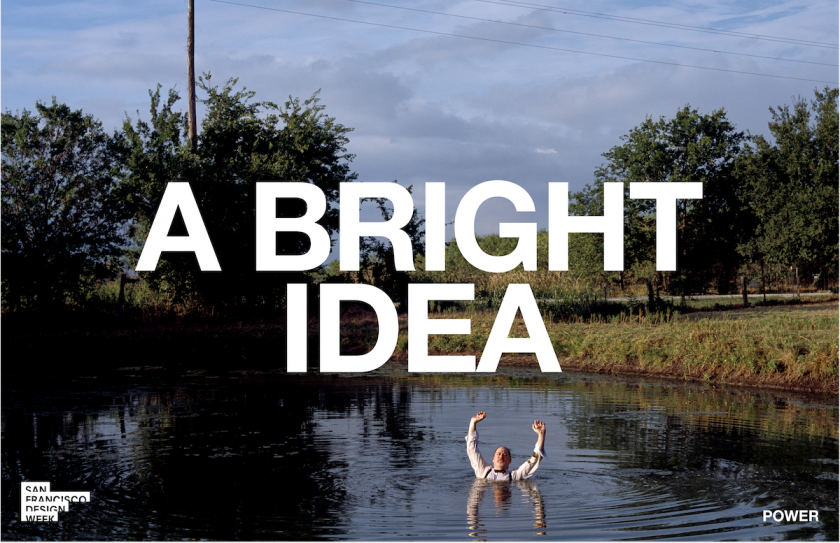