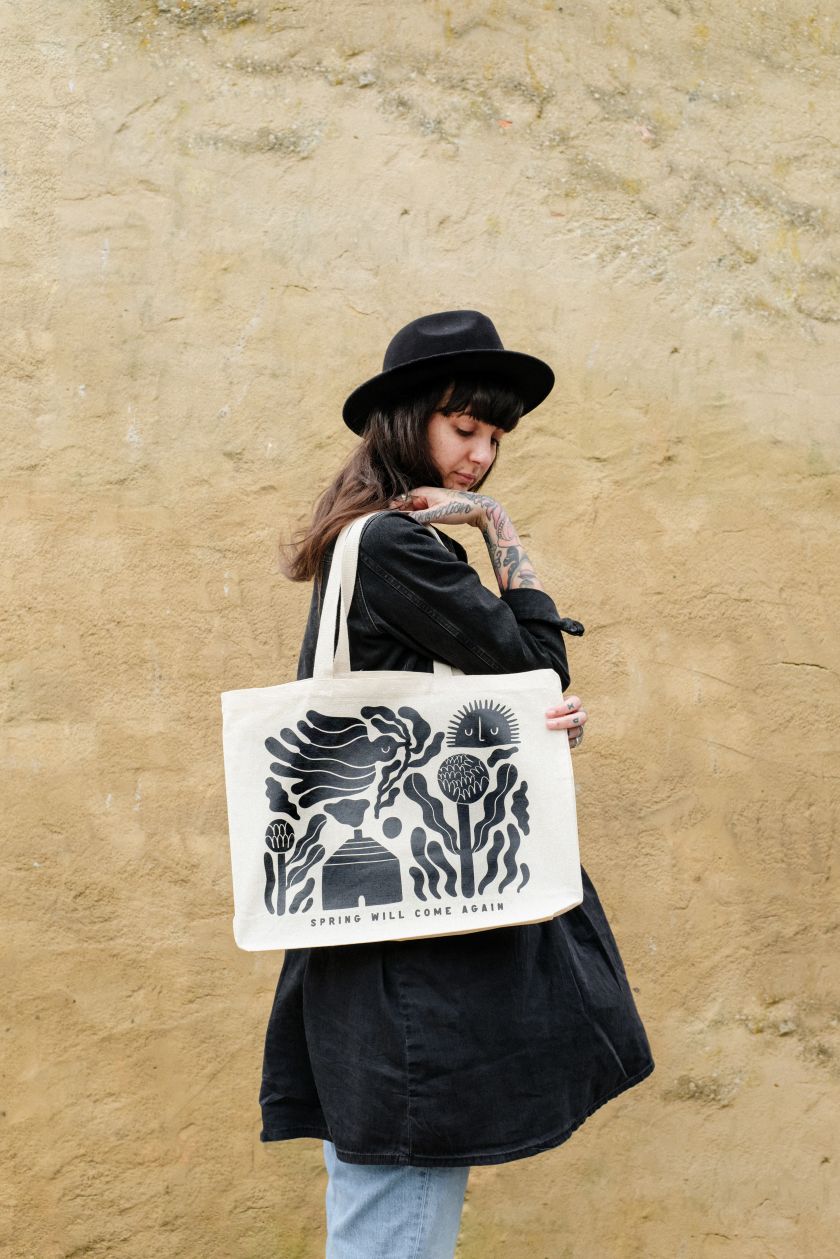 Illustrator, pattern, and surface designer Lauren Marina is one of the legion of creatives who had their lives turned upside down by the pandemic. Having used art to soothe her anxiety during that time, she’s now helping to draw attention to local creatives with the #LetsDoLondonBetter campaign.

Like many people in the arts, Lauren found herself in a very precarious position when the pandemic hit. She had only just taken the plunge from working as an in-house creative to freelancing full-time, and suddenly the future looked very uncertain. “I began drawing again as a way to pass
the time and to soothe my anxiety,” she tells Creative Boom. “Drawing quickly became an everyday activity once more, and it felt really good to have the time to get back into it.”

As well as scratching that creative itch, pursuing her illustration career as a legitimate job helped to strengthen Lauren’s confidence in her work. “For a lot of last year, drawing felt like survival, for my mental health but also as a way to feed myself and keep a roof over my head,” she says. “With each commission and each sale from my shop, I’m proving to myself that I can do it.”

And thanks to the recent #LetsDoLondonBetter campaign, she’s now also paying the goodwill forwards by encouraging people to ‘shop local’ in terms of creatives. Started in reaction to the infamous £7 million Let’s Do London domestic tourism campaign, which featured a controversial piece of digital art by David Hockney, the scheme has seen the work of Lauren and 29 other artists appear in pubic spaces around the city.

We talked to her to learn more about #LetsDoLondonBetter, her journey as an artist, and what communities should be doing to support and promote local artists.

Back in May, Sadiq Khan announced the launch of a new series of art projects under the banner #LetsDoLondon, part of a bid to increase domestic tourism into the capital after the pandemic.
To celebrate the launch, David Hockney provided a hand-drawn Piccadilly Circus sign. The
Hockney art provoked quite the response, a lot of which ridiculed its ‘infantile’ appearance.

But alongside the scornful buzz, artist Laura Nevill started the more positive #LetsDoLondonBetter movement, questioning why local freelancers weren’t offered the opportunity after such a tough year and encouraged artists to mock up their own offerings for alternative, underground art. 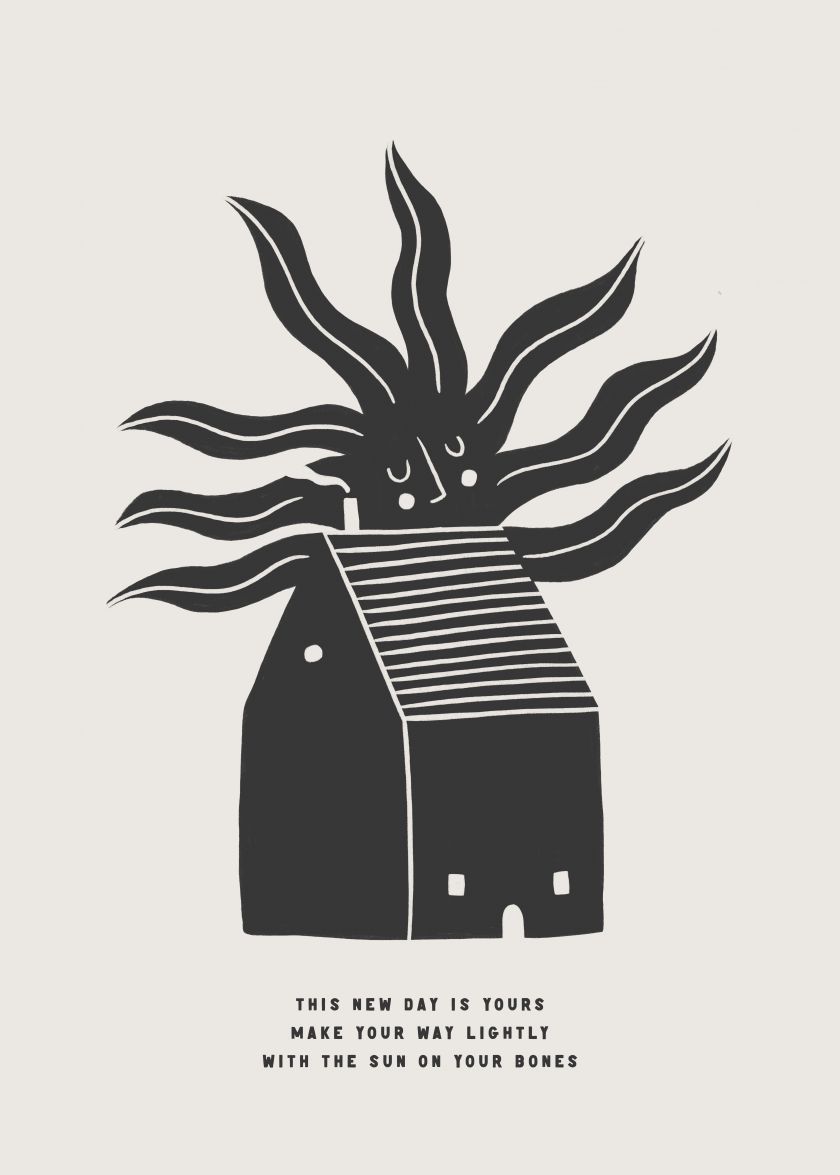 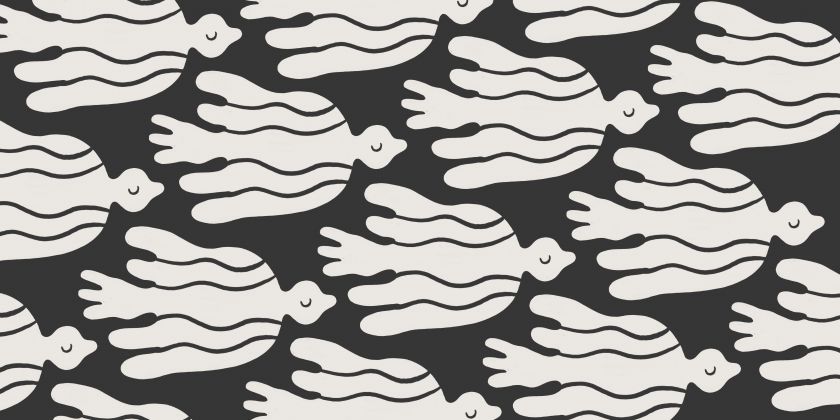 On how she got involved with the campaign

My local friend and fellow designer Nat Cook uploaded her #LetsDoLondonBetter design, and
that inspired me to make something fun and reactive and be a part of the conversation.
The movement took on a life of its own with hundreds of artwork submissions. Westfield got in
touch with Laura to offer the use of their digital advertising screens throughout their centres over
the summer. Laura then curated 30 emerging artists to populate the screens, based on those
who had been a part of the original campaign – and I am so grateful to be a part of the selection!

On why #LetsDoLondonBetter resonated with artists

So many of us have grappled mentally and financially in the past 18 months. I think creatives
witnessed this blatant missed opportunity to support and uplift the locals and felt truly frustrated
and unseen.

I personally felt like there was such a great wave of public acknowledgement about the
importance of supporting locals and ‘shopping small’ through the pandemic, and tapping into the value of your community – so to me, it felt like not hiring locals to do the work totally failed to read
the room.

On the importance of art in public spaces

Many of the artworks created as part of the project, including mine, have messages promoting
positive mental health. I’d like to hope that we have created a sense of belonging with our
works, and to speak to those who might be silently suffering.

Art in public spaces encourages the creative juices to flow, to inspire, and to provoke thought
and depth of feeling. With so much to unsettle us, I believe public art can provide so much
balance – and by allowing art to break free of galleries and private spaces, you loosen the
privileges around who can enjoy art too.

Furthermore, it provides visibility for emerging artists and creates opportunities; for me, this
includes our conversation today! 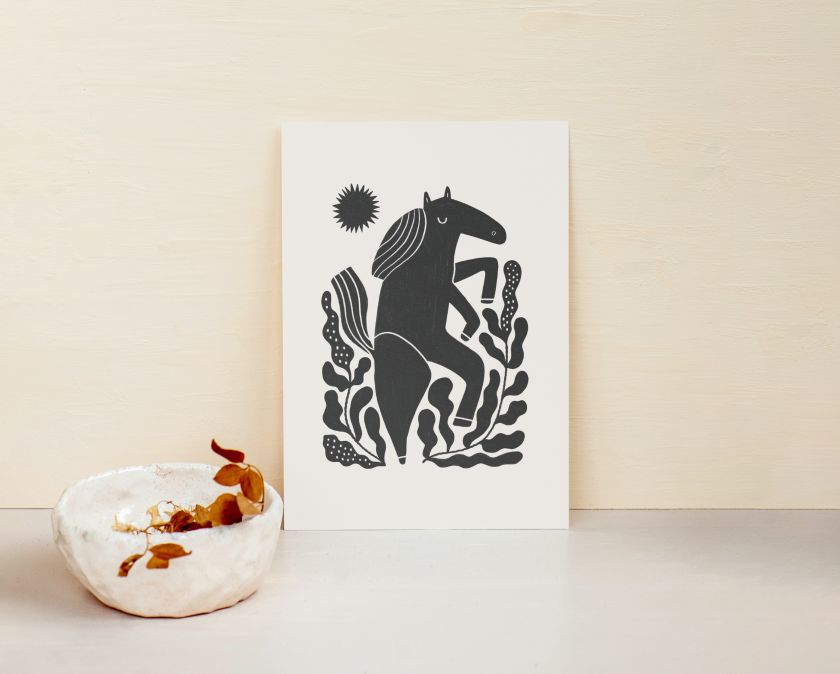 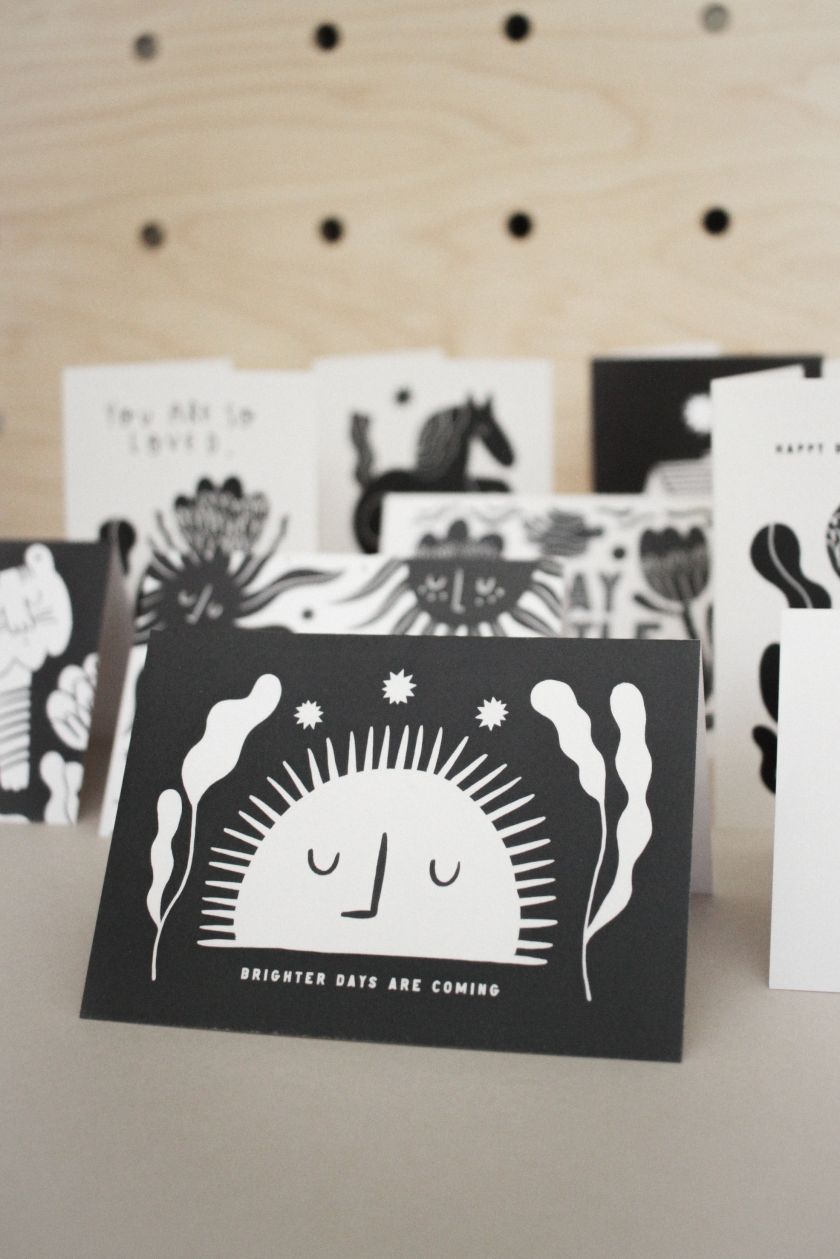 On how local communities can support and promote freelance creatives

Look for unusual public spaces where art could enliven your town or city and commission local
creatives to fill them. Provide spaces not only for the art itself but also enable the organic
meeting and networking of like-minded artists.

On how she got her work out there

I really loved my previous job, and during the ten years that I was there, there was so much opportunity to be involved with some amazing global projects and massive self-development, but my own art was always on the back burner, which frustrated me at times. And so, I left to forge a fresh path for myself.

I began to post some of my drawings on Instagram and had an encouraging response. I started
selling a few prints online, which led to some commissions and things really just grew from
there. I now sell a range of illustrated goods, including a large greetings cards range, art prints
and apparel, amongst other limited edition items. I sell online, at markets and with a growing
number of independent stockists in the UK. 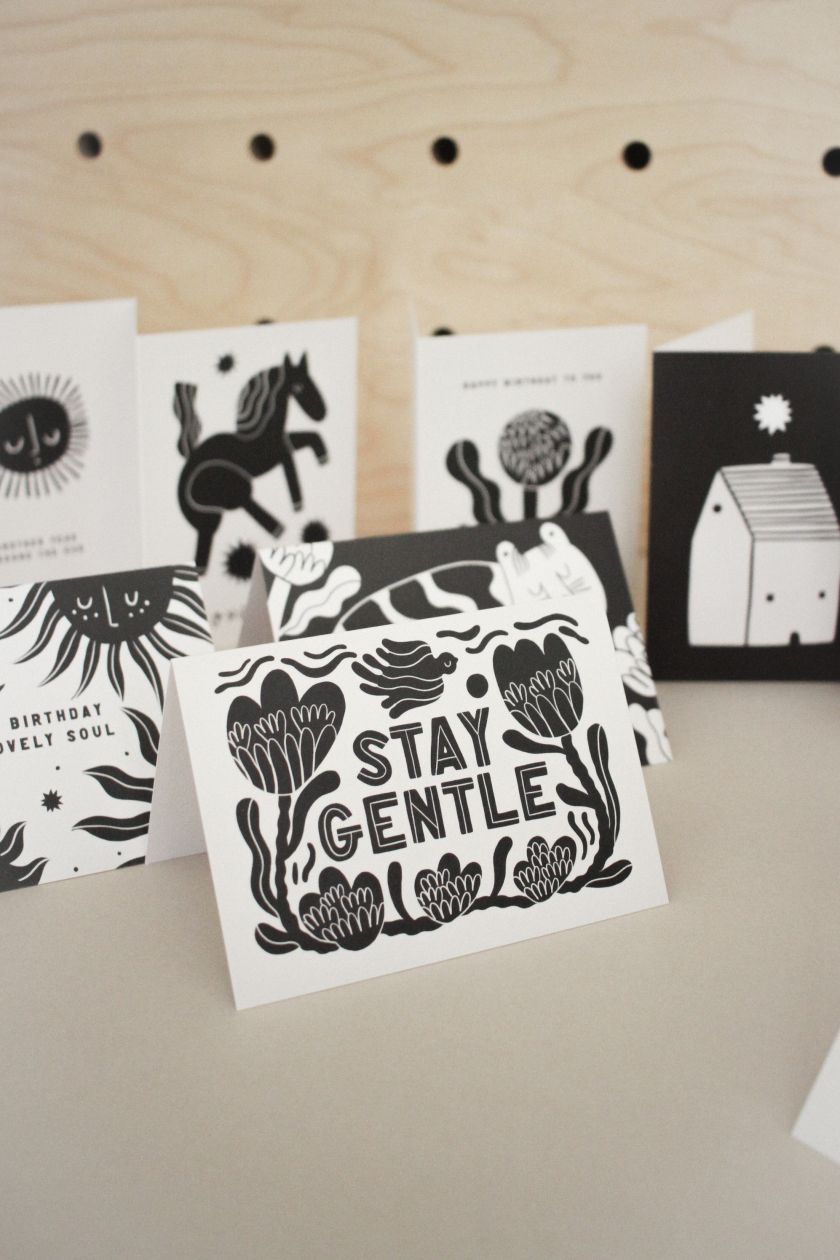 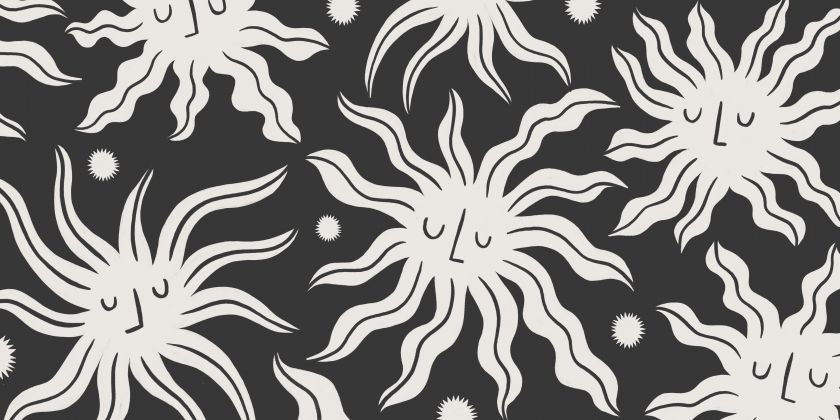 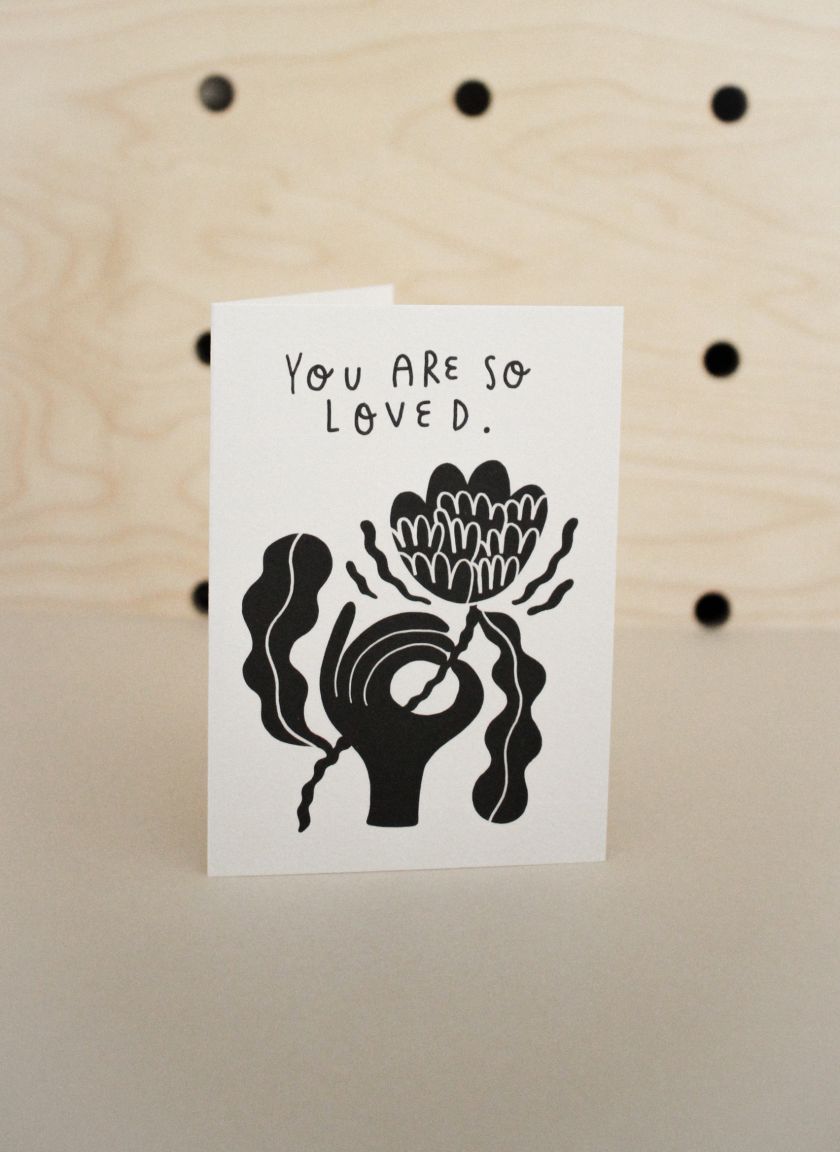