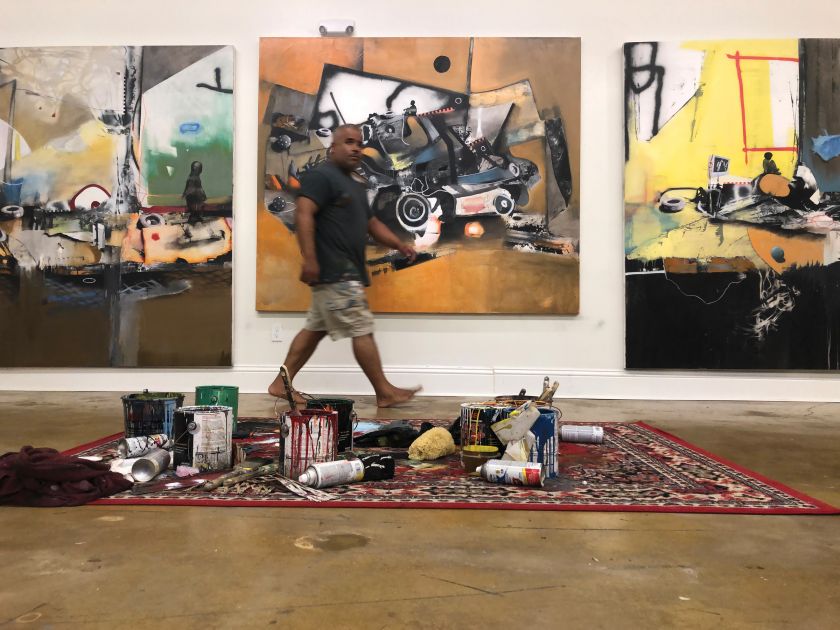 American artist Marcus Jansen creates powerful, monumental canvases that address poignant social and political themes. And as these themes become more and more central to American life in an intense and chaotic election year, it’s apt that his work goes on show this month at Cornell Fine Arts Museum; the artist’s first solo museum exhibition in the United States.

Jansen’s distinctive viewpoint stems partly from an unusual childhood. He was born in Manhattan in 1968 and lived in the South Bronx and Queens, before moving to Moenchengladbach, Germany where grew up speaking German as his second language.

His socially charged urban landscape paintings are influenced by the two opposite worlds he grew up in, and his work is situated somewhere between graffiti and contemporary art. Exploring and document the human condition critically, socially and politically. Jansen’s large scale canvases are also a visual metaphor for the battlefields he encountered as a member of the US Armed Forces while deployed in conflicts such as Operation Desert Shield and Desert Storm.

Through the use of an arresting visual language characterised by colourful and expressive brushwork, and references to contemporary and historical issues, Jansen invites viewers to reflect on the human condition.

Jansen’s new exhibition focuses on works created in the last 15 years and includes both large scale paintings and a selection of works on paper, among them pieces on view for the first time. “Many of the paintings in this exhibition were painted over a decade ago but seem somehow more transparent to a broader audience today,” he says.

“I started with the questioning of our world socio- and geo-political landscape in a quest for my own clarity after our invasion into Iraq in 2003 when the Twin Towers in my birthplace, New York City, came down,” he explains. “For me, it was a way of dealing with a second conflict, having been part of the first invasion myself 10 years prior. Being in strong opposition to it was a way to feel some sense of control over something I couldn’t change.

“I think COVID-19 has expedited truths that may have otherwise taken decades for many to discover or realise,” he adds. “This means we have a great opportunity to address imminent threatening issues as a global society, especially considering the threats we face as a human species such as climate change and income inequality are now quite transparent.” 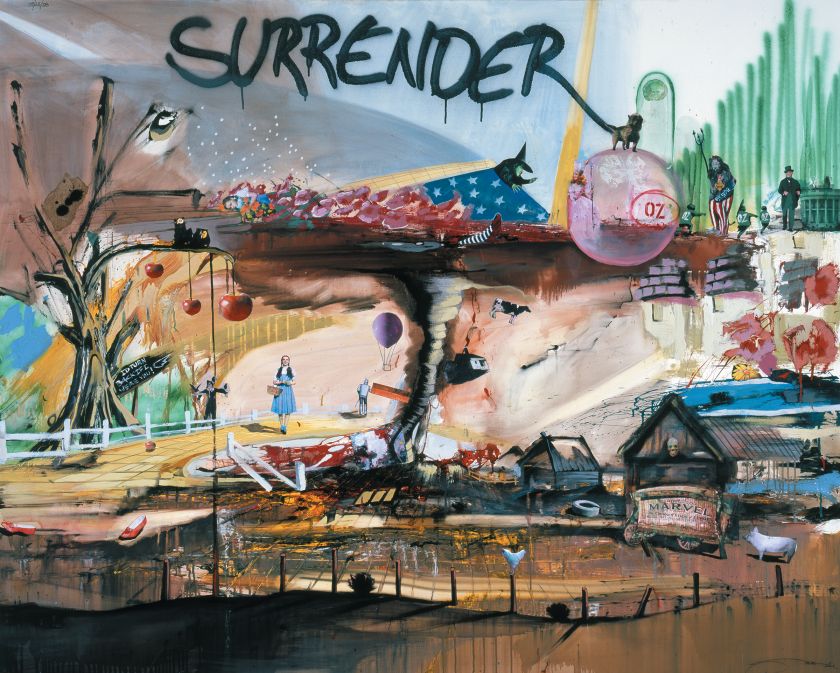 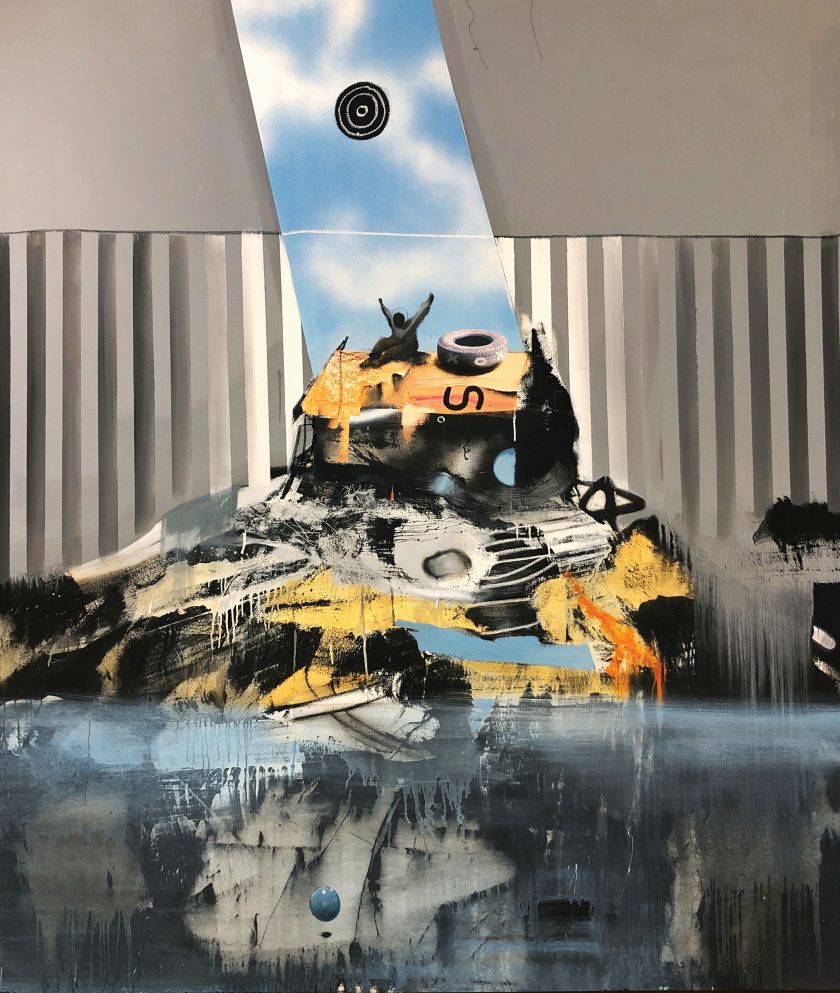 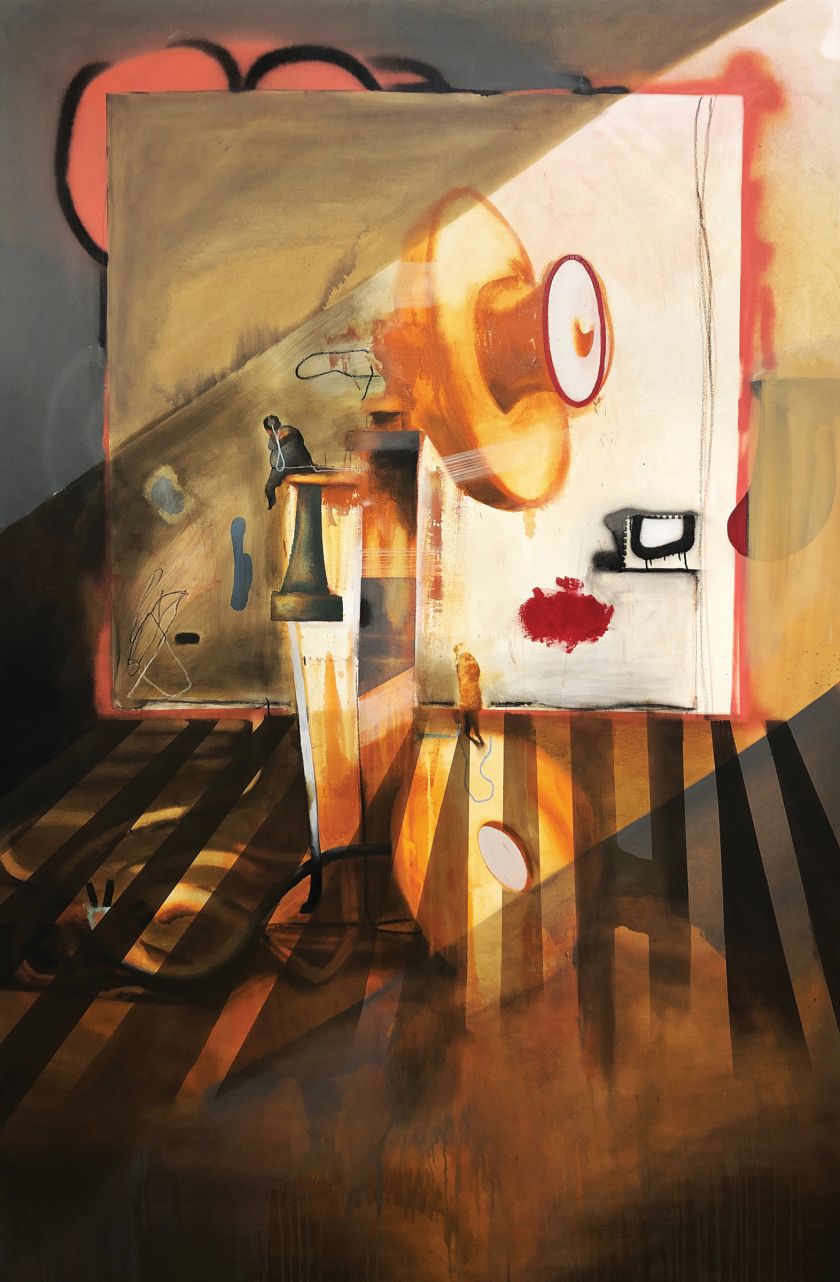 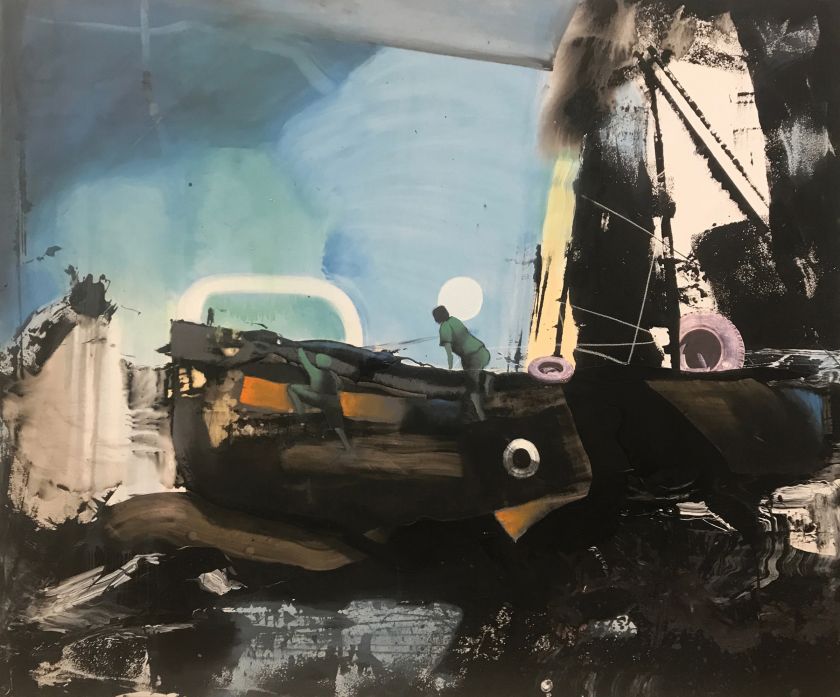 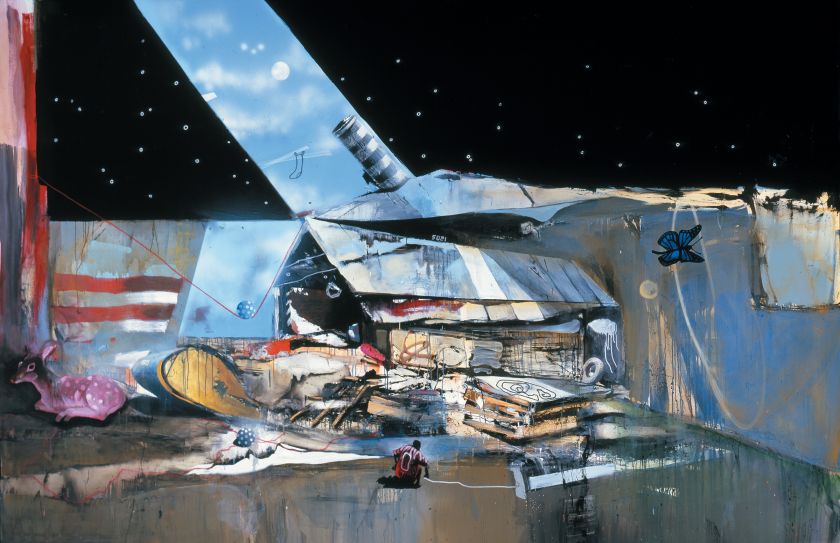 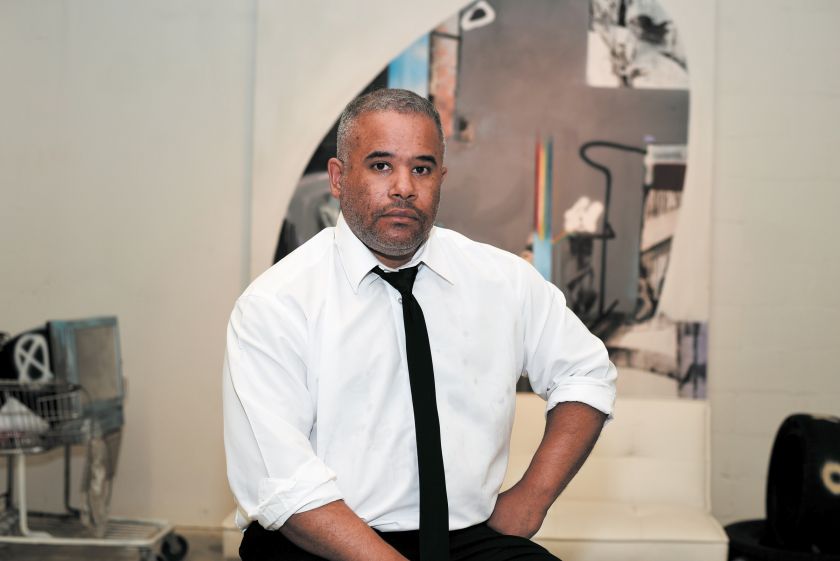