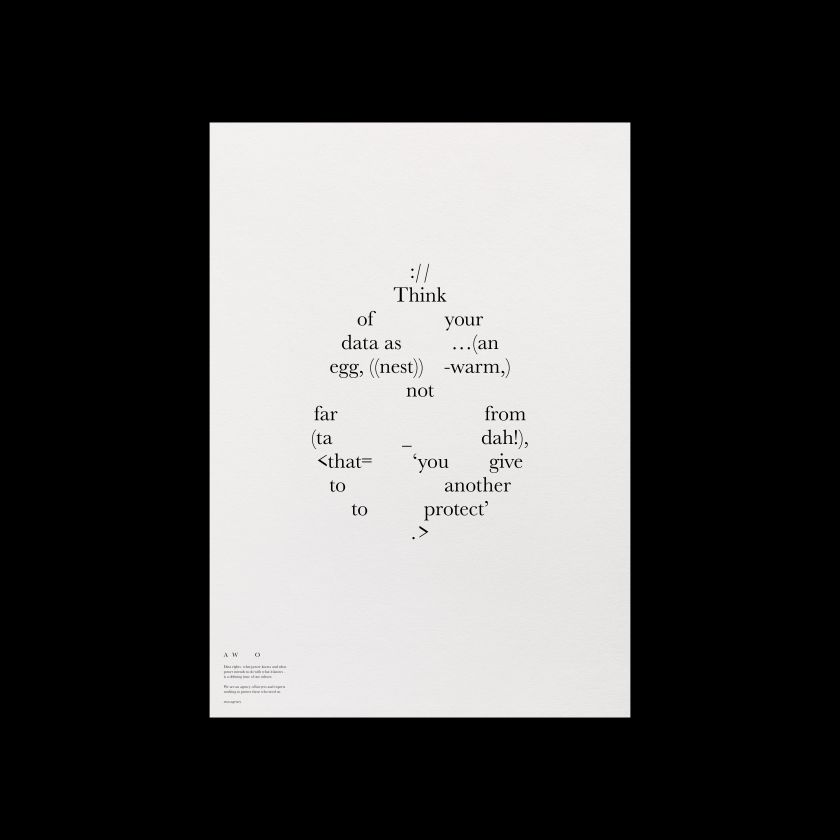 The name was chosen as an acronym of sorts, based on a 1967 poem titled All Watched Over By Machines of Loving Grace by Richard Brautigan, which proposed a future ecology in which computers and natural organisms coexist, wit the potentiality for either utopian bliss or dystopian discord. Fans of documentarian Adam Curtis will also notice that the director and producer also borrowed the poem’s name for his three-part TV series, which suggests that the way humans see everything in the world today is through the eyes of the computers they built. 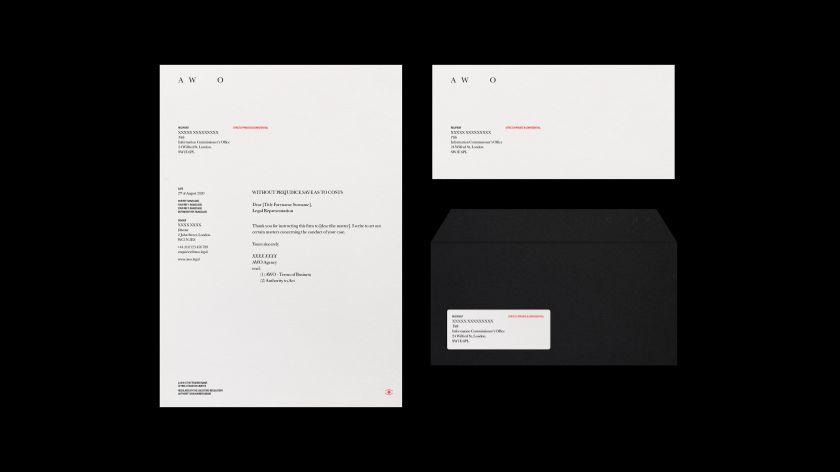 AWO works as a data rights law and consulting agency, and according to Accept & Proceed its identity looks to exemplify the brand’s “mission to support innovation and the responsible use of data.” The name’s reference to Brautigan’s poem aims to underscore AWO’s drive to “defend and extend human rights” through a combination of data, technology, law and policy.

“What power knows and what power wants to do with what it knows is a defining issue of our time,” says Sharp. “Brautigan’s poem perfectly embodies the complexity of AWO’s mission, capturing both the positive and negative manner data rights can be seen and used.” 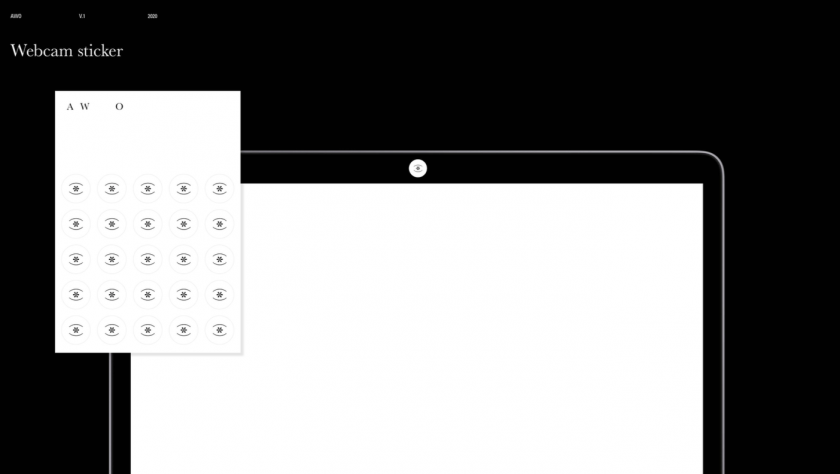 Accept & Proceed created AWO’s name, visual identity, brand guidelines, designs for the website and social channels as well as numerous other designs for the brand’s offline, physical presence. A vital aspect of the look and feel is its typography, which was made front and centre in a bid to create a balance of trust and forward-thinking, digital modernity. This was achieved by using two somewhat contrasting fonts: Baskerville, which is often associated with formal applications such as with traditional law firms; and Univers, a font very much aligned with the world of code and digital spheres. The type is placed on “simple yet striking neutral backgrounds,” says Accept & Proceed.

The logo for AWO is centred around the negative space between the individual letters of its acronym. “The logo mimics redaction, demonstrating the agency’s commitment to the responsible use of data,” says Accept & Proceed. 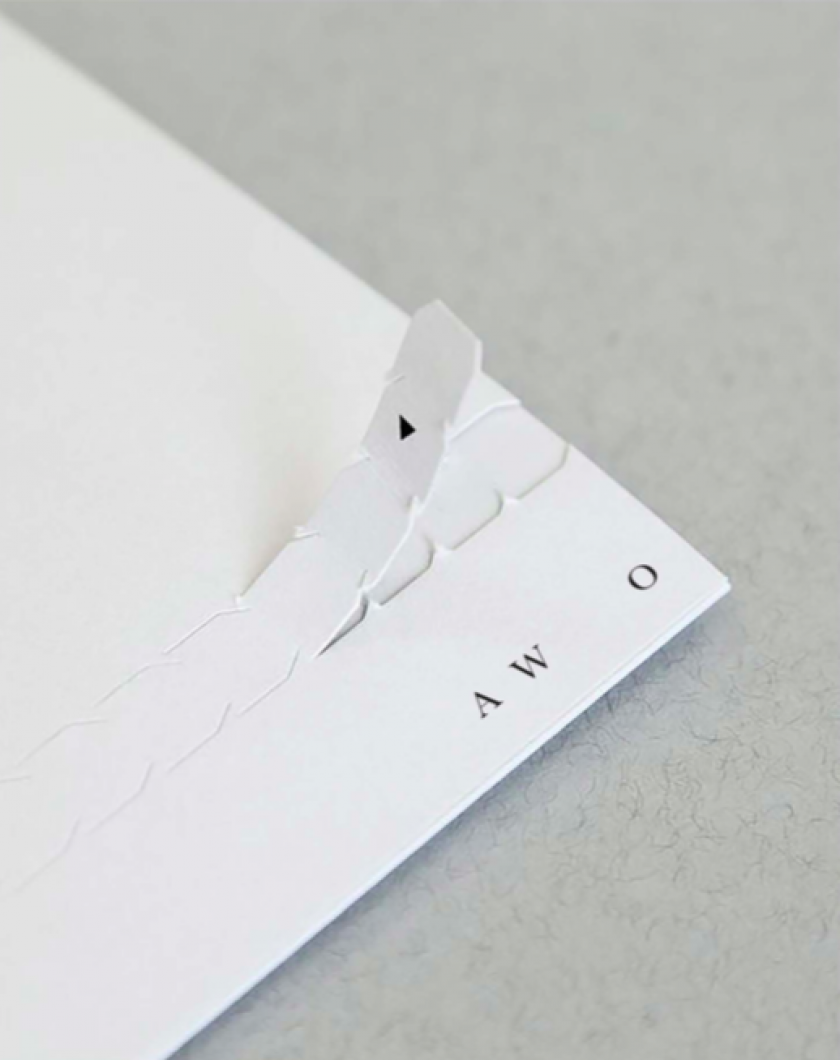 The AWO brand ads and posters play with the phrase “data rights”, which Sharp says we often hear, “but it’s quite dry, and none of us really stop to consider what it means, beyond not having our details shared online.”

The ads take their cues from the origins of the brand name. They’re “a mix of darkly poetic folklorish metaphors about ‘data rights’, and concrete-poetry typography with bits of computer programming stylings,” says Sharp. “We want people to read them and think more about just how protected they feel their personal data is.” 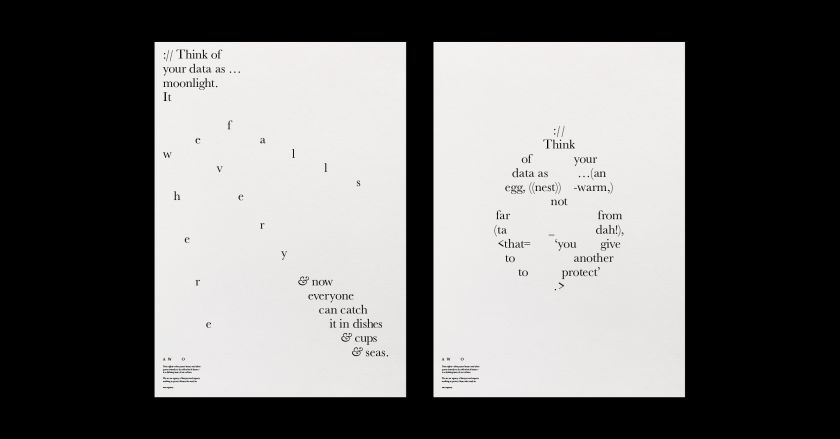 David Johnston, founder and executive creative director of Accept & Proceed, says that the project was influenced by the views of historical radicals such as former Washington Post editor Ben Bradlee and George Orwell, “more specifically their views on power, data and accountability in today’s modern world.” He adds, “By viewing the future through their gazes, we were inspired to create a world centred on privacy; a theme that resonates with us all today.”

“The legal and data worlds are extremely competitive spaces; those that have clear cut traditions required of people and businesses to fit in first before affecting change. One such convention is the use of anagrammed business names, especially within the legal community.”

Tom Sharp said: “The brand ads and posters came about because we were thinking a lot about the phrase ‘data rights’. You hear it often, but it’s quite dry, and none of us really stop to consider what it means, beyond not having our details shared online. Taking a cue from the origins of the brand name, the ads are a mix of darkly poetic folklorish metaphors about ‘data rights’, and concrete-poetry typography with bits of computer programming stylings. We want people to read them and think more about just how protected they feel their personal data is.”