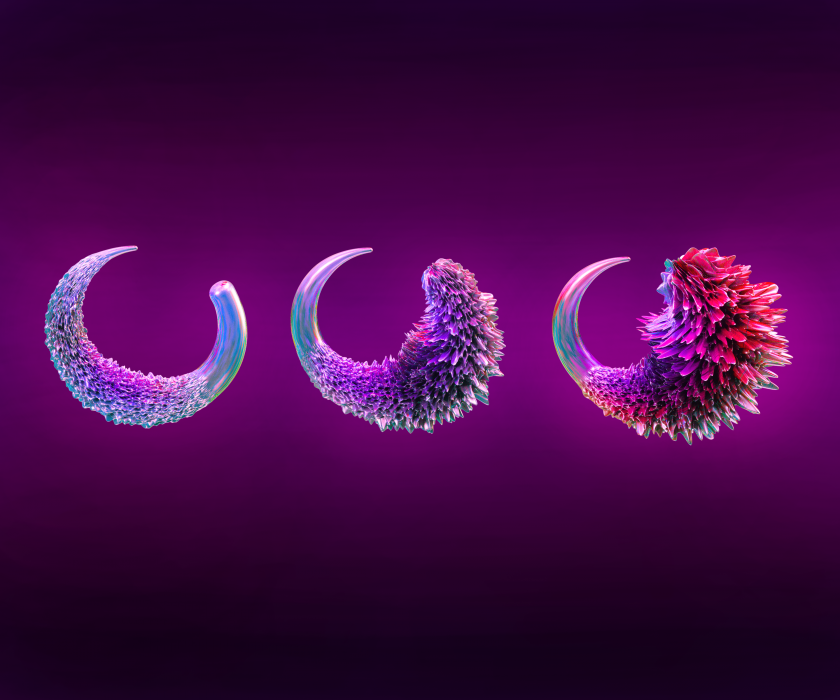 Across the creative industries, motion design is one of the most in-demand skills right now. So if you’re a designer or illustrator who wants to broaden your horizons, work on cool projects and boost your salary significantly, it’s a great area to get into.

Learning motion design is made easy with Created, which offers a nine-month, part-time course that will teach you the skills you need to become a motion designer, in a flexible way that you can combine with your job or education.

To further help you make a success of your career, we’ve collected together 11 expert tips from leading creatives working in motion design.

With motion design, as with anything important in life, success probably won’t come instantly. But ultimately, it will come if you take it seriously, put in the hours, and fully commit yourself to develop your skills.

As designer Cat McLaughlin puts it: “Be patient because animation takes time. Planning a piece by sketching out frames to break it down before going digital is a good way to iron out any issues, and save time. The biggest thing is, like any skill, to keep doing it because it takes time to develop and improve.”

2. Do what you enjoy

If succeeding at motion design seems like hard work, then rest assured it should be a lot of fun as well. The key, believes John Davison, an animator at Studio Syrup, is to pursue whatever makes you passionate.

“Focus on the elements you like best,” he recommends. “They’ll probably be the things you’re best at. Meanwhile, collaborate with others on the things that aren’t your strength.”

Procrastination is often the biggest barrier to developing your motion graphics skills, notes animator Ross Plaskow. “Sometimes the hardest part can be starting to work as you’re afraid it won’t be perfect.” To get past this, Ross begins by animating a purposefully bad version. “I then build upon that until it looks great. Like chipping away at a block of marble. Again, I stress: don’t be afraid to start.”

While it’s often difficult to start a motion design project, it can also be difficult to finish one, adds animator Gareth Harwood. “So pay attention to how much time you have to work with before getting too deep into the details,” he says.

When you’re first getting started in motion design, it can be tempting to keep your work to yourself, fearing it’s “not good enough”. But that would be a mistake, believes illustrator Matt C Stokes.

“Don’t be afraid to share,” he advises. “It’s always great getting feedback from a contemporary with fresh eyes.” And for those more experienced, it works the other way too. “Teach people what you know, because passing on your knowledge really helps cement it in your brain,” Matt recommends. “I taught After Effects to students for a term and felt I learned nearly as much as them along the way.”

It’s easy to get trapped in a cycle of producing samey work using the same tried and tested techniques. But Katie Cadwell, a designer with Design Studio, believes you’re better off in the long term if you experiment and push yourself.

“Even if you think you know what you’re doing, try to learn a new way of doing something every time you animate,” she urges. “There are a thousand ways to skin a cat when it comes to motion design, and usually always a faster or more appropriate way than the one you’re using.”

There are some creative disciplines when diving in head-first can produce fruitful results, but motion design is not one of them, believes award-winning graphic designer Russell Daniels-Lake. “Plan your animation first,” he advises. “It will be a good block to build on and set a solid idea of where the animation is going.”

It’s natural to be inspired by other motion designers, but avoid becoming too influenced by the kind of work other people are doing. You’ll only find real success if you follow your own path, and create work that’s distinctively ‘you’. And that means not being frightened of making mistakes, believes motion designer Jake Taylor.

“Embrace the suck,” Jake urges. “You won’t be able to create work that looks like what others are doing — or even looks like the vision you have in your head for a long time. Embrace that. Keep making. Reach out to better artists to learn. Set your default spatial interpolation to linear.”

Senior digital and motion designer Fee Sheal takes a similar line. “Don’t be put off by 13-year-olds running YouTube tutorials who can do things better than you,” she says.
“Be patient, learn the basics and find your own style. Get in the habit of creating compact, tidy files. Your future self with thank you for it.”

If the only inspiration motion designers sought out for their projects was other motion design projects, everything would rapidly start to look very samey. Instead, motion designer Adam Hayward believes, it’s important to pull in as wide a range of cultural inspirations as possible. “Take inspiration from things that aren’t motion design,” he advises. “Get out of the echo chamber. Tutorials help you, but they won’t make you.”

Mograph artist and illustrator Nickolai Boulton agrees. “A big tip for when you aren’t working is to be meditative in how the things around you work and move. How do birds flap their wings? How do waves crash at the beach? How do different people carry themselves? Pay attention to those details, and it’ll help you critique your work.”

This kind of careful observation of the real, physical world is particularly useful when you’re just starting, notes animation studio Animade. “Start small and understand what makes animated motion work,” they advise. “Observe a motion, like your hand reaching for something – how fast is it and does it feel like it slows or snaps into position? Replicate these observations. Make sure you can feel and connect with the motion you create.”

9. Focus on creativity, not tools

In motion design, as with all areas of digital design, it’s tempting to rely on your tools to “do the work for you”. But that’s only going to hold you back, believes animator and illustrator JD Horton. “Don’t assume that downloading every plugin and script will make you a good motion designer,” he stresses. That said, the opposite is just as bad: “so don’t completely shun all plugins and scripts because you’re a ‘purist’,” he argues.

It’s particularly important to do everything the long way round when you’re first starting, believes graphic and motion designer Jasminka Karačić. “Relying on your own keyframes, presets and so on can speed you up later on – although not every time – but I believe you need to learn to make everything from scratch first of all,” she says. “Film some simple two- to three-second motion, observe it, ‘transfer’ it to your animation, with your keyframes; learn why not just how.”

10. Get the timing right

Like stand-up comedy, the secret to motion design is all in the timing, believes Danny Motion, senior designer at Manchester City. “For me, that’s what it’s all about: keeping the eye interested in the screen. In a world where we get distracted by EVERYTHING, you need to keep people’s focus. Timings of graphic movements provide that. Too much dead or still space on the screen, or things moving to slow, and you’ve lost me.”

Russell Daniels-Lake concurs. “Timing and physics are everything,” he says. It can change the personality of an animation or, if poorly implemented, even make a decent animation cringey.” This isn’t easy, adds John Davison, but with perseverance, you will get there in the end. “Pacing and tempo are the hardest things to master,” he stresses. “Take the time to refine it once your keyframes are set.”

Whether you’re using motion design to guide people around an app or to create an explainer video, at the end of the day, it’s all about storytelling. And the best way to tell any story is to engage people emotionally, says award-winning animator, artist and director Dan Castro. “Making someone feel something is more important than it looking whatever the current version of ‘polished’ is,” he reasons. “Slightly shonky work that’s full of character is far better than polished work that says nothing.”

Created offers a nine-month, part-time course that will teach you the skills you need to become a motion designer, in a flexible way that you can combine with your daily work and studies. Whether your background is in graphic design or animation, this course will give you the training you need to master the art of motion design.

Its curriculum has been designed to meet the needs of the creative industries, to develop the very people that companies would love to hire. Throughout the course, you’ll tackle real-world industry briefs under the guidance of your own industry mentor, plus a series of one-to-one coaching sessions.

To learn more about how to become a motion designer, visit Created today.