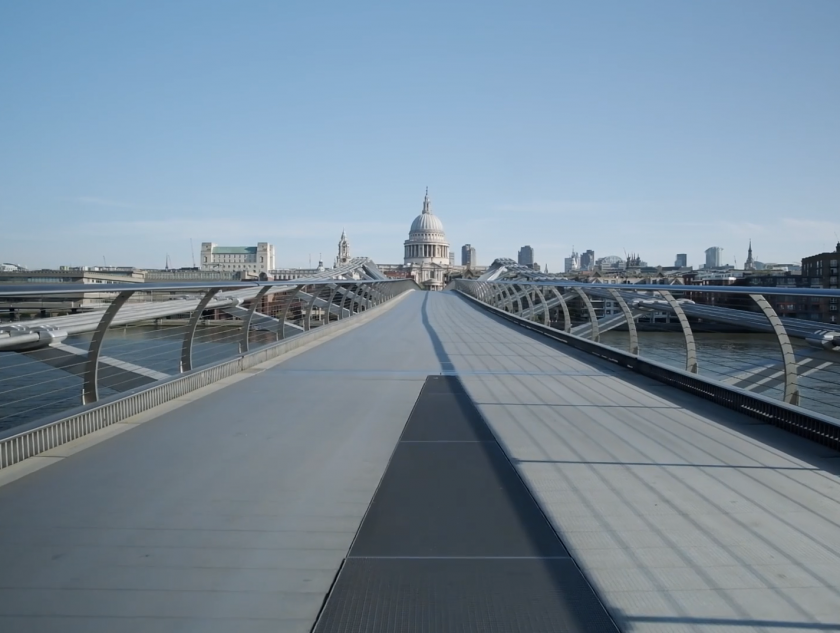 Award-winning photographer Mike Goldwater is used to a much busier London when he goes out on his shoots, documenting chance moments of intimacy and humour. His recent book, London Underground, is a typical example of his beautiful work.

But with the capital on lockdown, he decided to create a short film throughout April during his daily exercise (and with acceptable social distancing) and capture a time in London we may never witness again. Full of short and sharp clips, often with alarming sounds contrasted with peaceful shots, it’s an alarming, honest look at these unprecedented times.

What was the biggest thing that struck him about the experience? “It was the shocking, post-apocalyptic emptiness of London, especially in the early days of lockdown. Hand-written signs in shop windows showed the anguish of small traders whose businesses had to be shut down overnight,” Mike tells Creative Boom. “Bright optimistic spring sunshine seemed to contrast strongly with the ever-present lurking danger of the virus.”

He continues: “Working with a mask and gloves was sometimes a challenge. Initially, for footage on the street, I used a home-made wooden mount to attach the camera on a gimbal to the front of my bicycle.”

During the film, we see famous London landmarks, streets and squares: the Millennium Bridge, usually full of life but now deserted; an empty Piccadilly Circus with not one bit of traffic; a homeless man adjusting his blanket on a quiet Oxford Street. Each clip is separated with a blank black screen, which makes the film even more impactful. What did Mike find the most alarming? “I found the banners and signs that people had made and attached to the railings beside Mike End Park on Roman Road in east London particularly moving,” he says. “Personal stories of loss, love and gratitude, and hope seemed to be behind each one.”

Following his experience, Mike wonders if London will ever be the same again: “Until a way is found to make everyone feel secure enough to use public transport – both to travel in for work and to experience the wonderful theatres, museums, restaurants and other venues London used to offer, without fear of contracting the virus – I think the capital will remain subdued.”