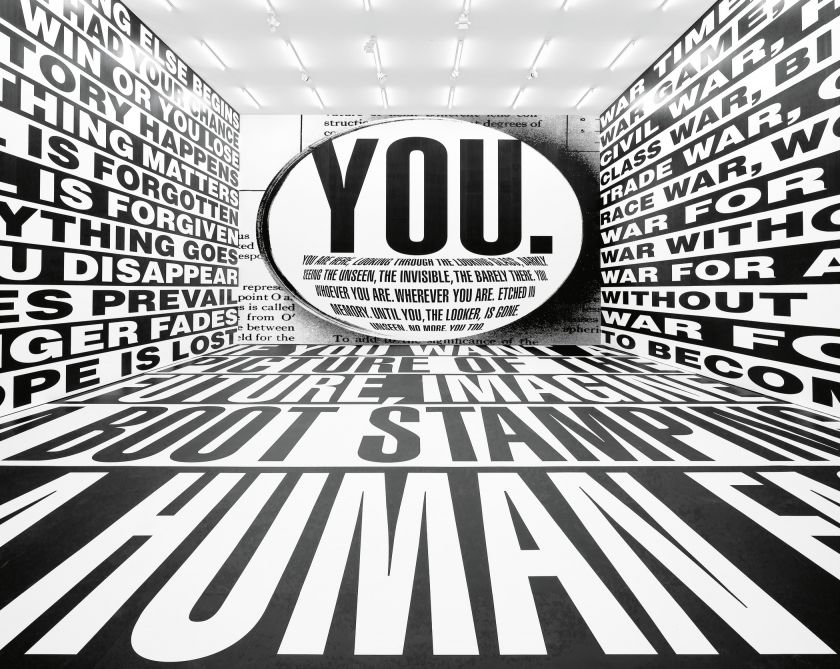 Over five decades, since the mid-1970s, Barbara Kruger has been challenging the hierarchies of power and control in works that often combine visual and written language. Using her singular graphic style, Kruger loves to probe aspects of identity, desire and consumerism that are embedded in our everyday lives.

Considered one of the most incisive and courageous artists working today, Kruger’s art is rooted in graphic design and publishing. In 1965, she attended the Parsons School of Design in New York and then spent ten years in graphic design for magazines and freelance picture editing as well as designing book covers for various writers and publishing houses. She also wrote columns on film, music and television for magazines such as Artforum.

It was in 1969 that Kruger started creating large wall hangings incorporating various materials such as beads, yarn and ribbons. It was a “feminist reclamation of craft” back then and many of her works appeared in the Whitney Biennial in 1973. But her crocheting and sewing didn’t last, as she took a break from her artistic practice, moving to California to teach. 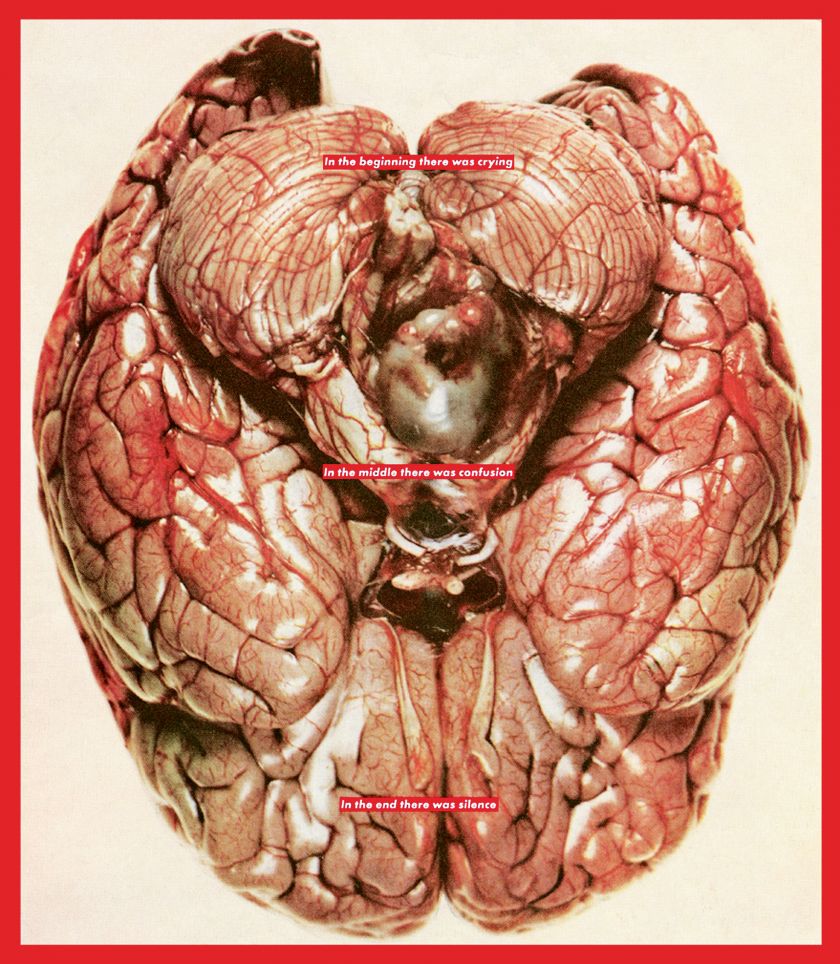 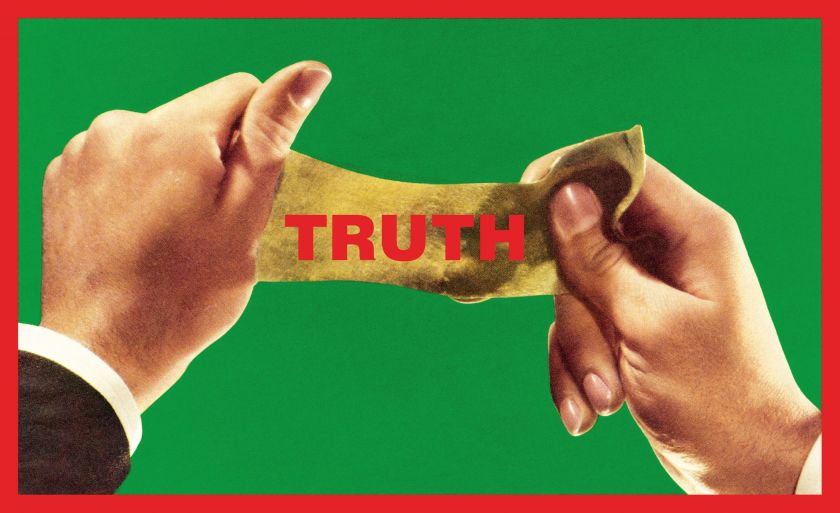 It wasn’t until 1977 when she returned to art and New York City that she developed more of what we see today: combining images with assertive text, often in white against a red backdrop in her signature style of Futura Bold. Her most recognisable slogans include “I shop therefore I am” and “You are not yourself”. She told Schirn magazine in 2010, “I work with pictures and words because they have the ability to determine who we are and who we aren’t.”

Wielding the power of art, Kruger went on to address conversations around feminism, consumerism and individualism, challenging how we think and behave. She has never been afraid to push boundaries. A poster in 1989 for the Women’s March on Washington was in support of legal abortion and featured a woman’s face contrasted in both negative and positive photographic reproductions with the text, “Your body is a battleground”. Later, she created something similar for the Wexner Center for the Arts and the next day, a billboard appeared adjacent to the artwork with an image depicting an eight-week-old fetus. 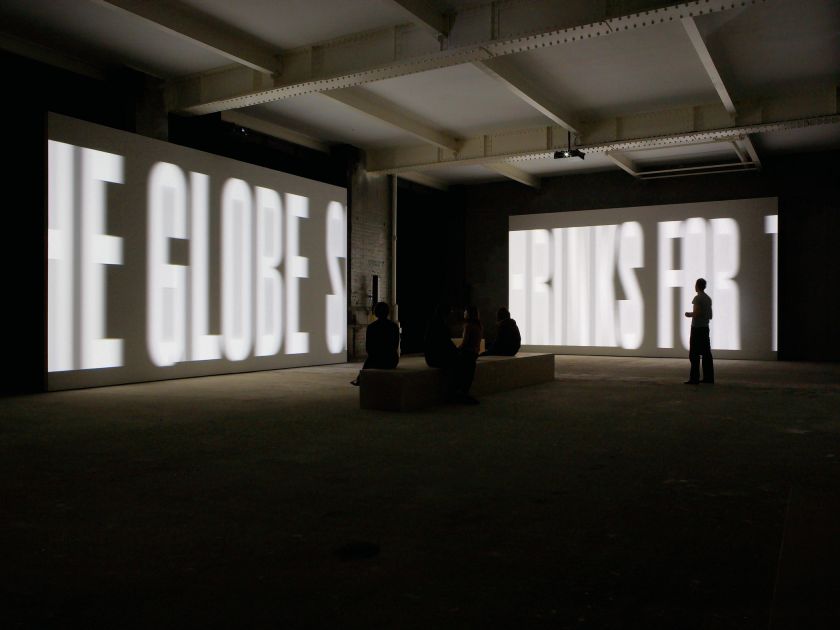 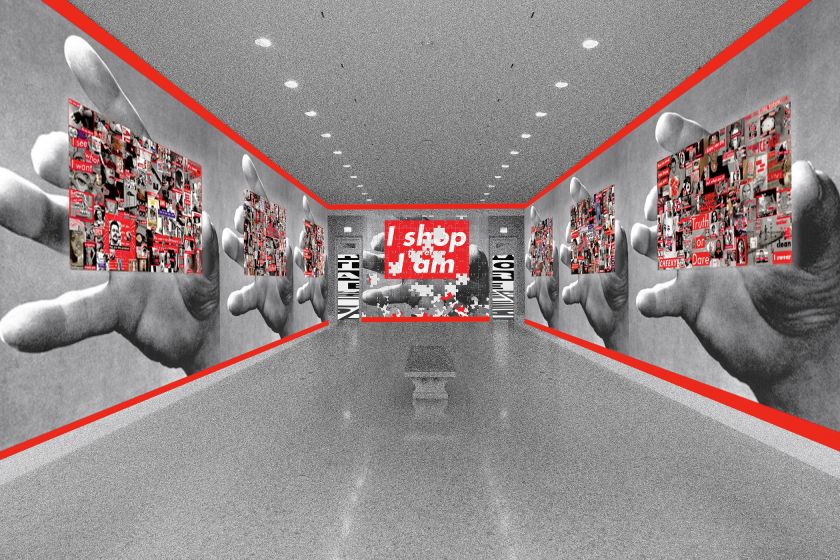 Now a new book entitled, Barbara Kruger: Thinking of You. I Mean Me. I Mean You, traces her forever evolving practice, revealing how she has adapted her work to suit the moment, site and context. We’re talking everything from her analogue paste-ups of the 1980s to digital productions of the last two decades, including new works produced for current exhibitions in Chicago, Los Angeles and New York.

Also featured are singular works in vinyl, her large-scale room wraps, multichannel videos, site-specific installations and commissioned works. And you’ll also enjoy a closer look at Kruger’s site-specific works and how they’ve been applied to each venue. There’s even a section of reprinted texts selected by the artist herself. 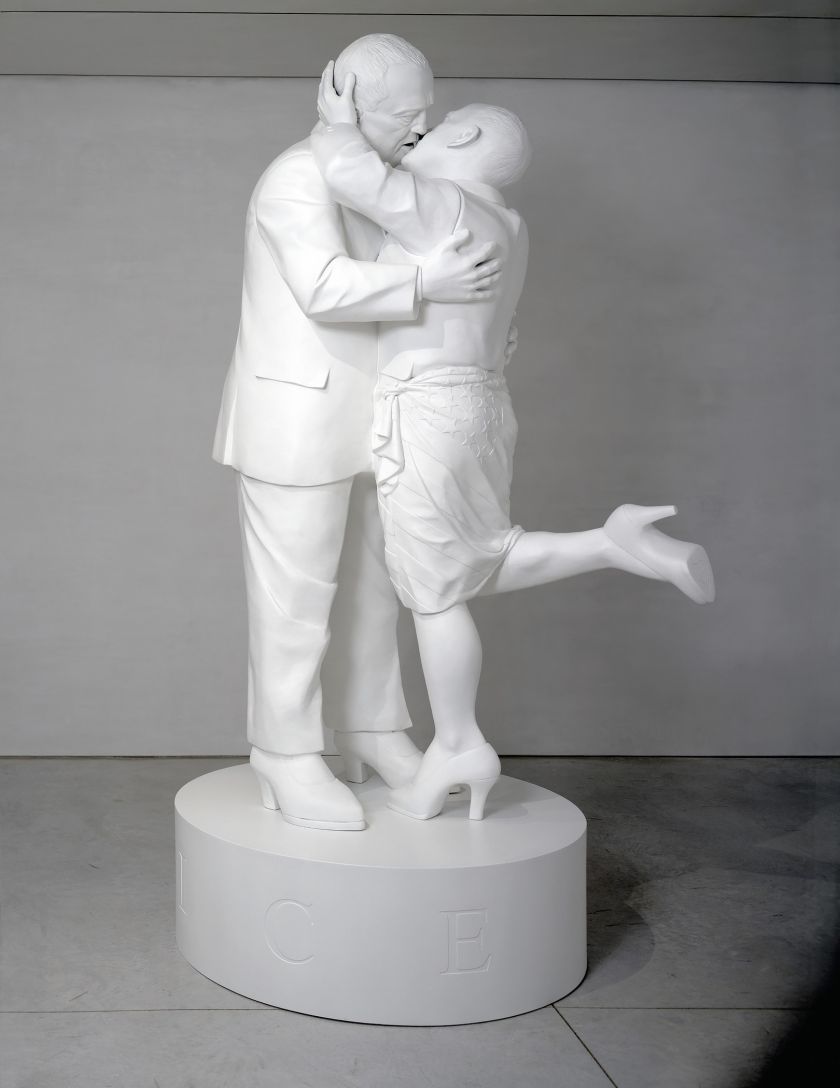 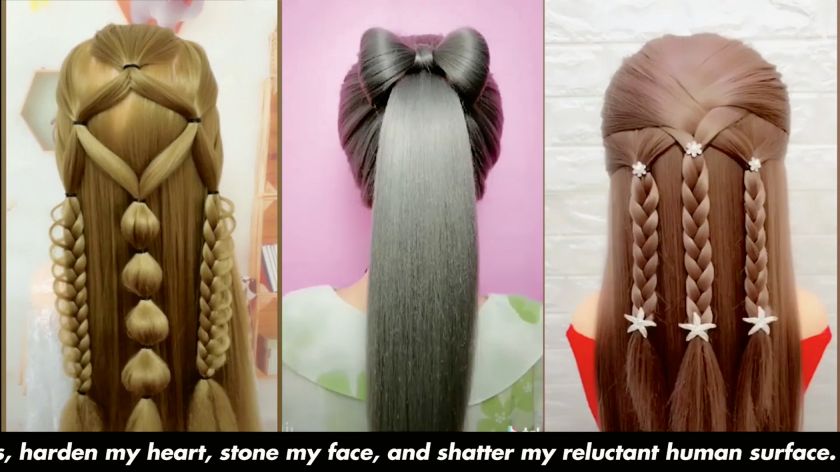 In these trying times, the book reminds us that Kruger’s pictures and words remain as important as ever, shining a light on current affairs, cultural shifts, and the powers that be in a rapidly changing world. As she once said in an interview with Bomb magazine in 1982, “Pictures and words seem to become the rallying points for certain assumptions. There are assumptions of truth and falsity and I guess the narratives of falsity are called fictions. I replicate certain words and watch them stray from or coincide with the notions of fact and fiction.”

Barbara Kruger: Thinking of You. I Mean Me. I Mean You is published by artbook and accompanies exhibitions at the Art Institute of Chicago, the Los Angeles County Museum of Art, and the Museum of Modern Art, New York.