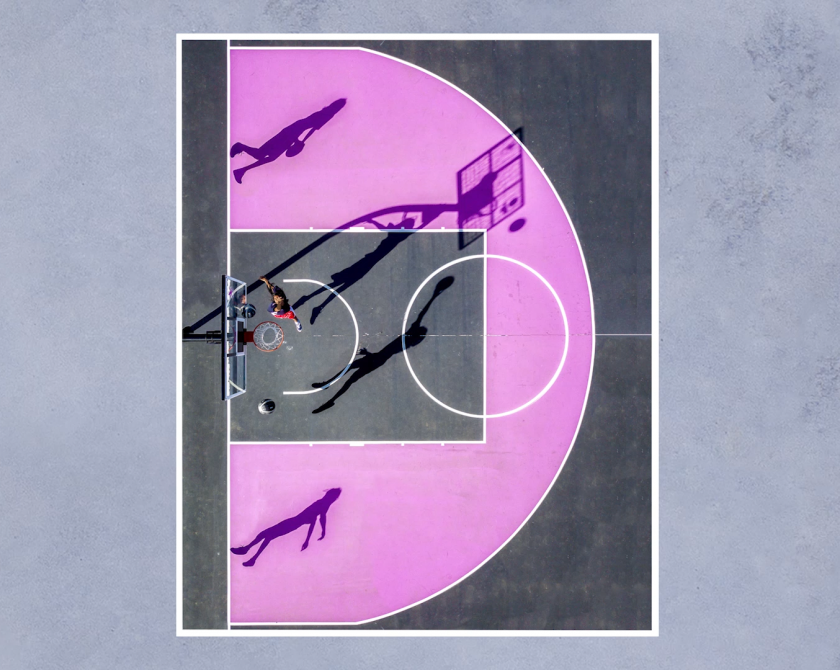 Barry Chapman admits he has a slight obsession for basketball. Earlier this year, the London-based Irish motion designer shared his series, The Big Flip, featuring animated “reverse dynamic experiments” that are all sports-related.

Now he’s back with a mixed media animation made in collaboration with Auckland-based aerial photographer Petra Leary. And the theme? Basketball.

Simply named Courts, the short film brings dozens of Petra’s aerial shots of basketball courts to life. “Petra picked out some of the images that she felt would work well with animation. I chose a few of them and pitched a few ideas on what I could maybe do. She was open to me trying different things; adding 3D elements, mixing up different images, playing around really,” says Barry.

And what about the audio backdrop? Barry approached Dublin-based sound design studio, Folding Waves to get involved. He discovered them from their work for Offset’s titles last year. “I love what they came up with here, very contemporary sound design but also a nice subtly quality to it too. I think it elevated the whole project a lot,” Barry adds.

Barry is currently working at Stink Studios in London, having previously been one of the team at Piranha Bar in Dublin. He’s collaborated with brands such as Google, Spotify, and Facebook. Find out more about Barry and his work at chappybarry.com. 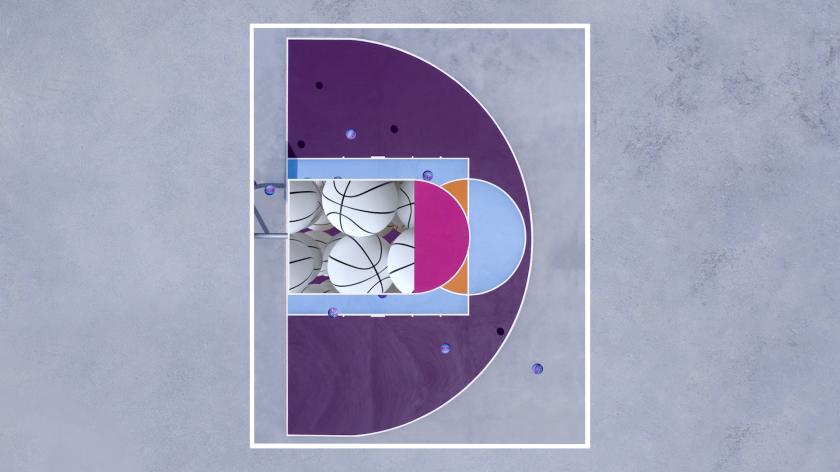 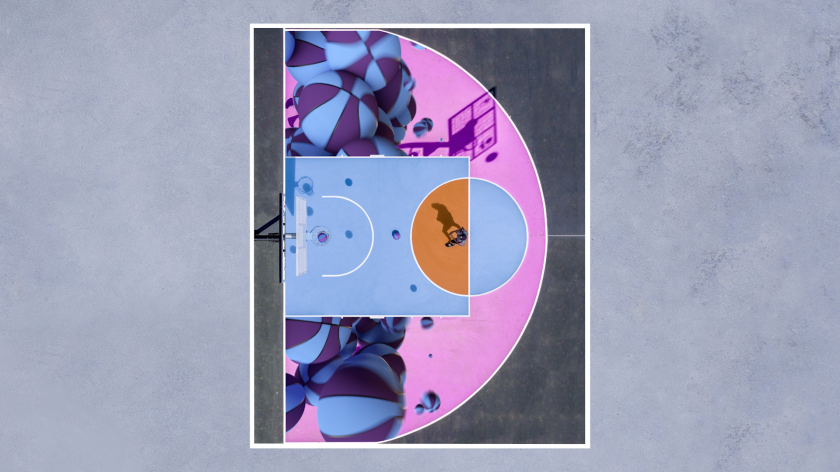 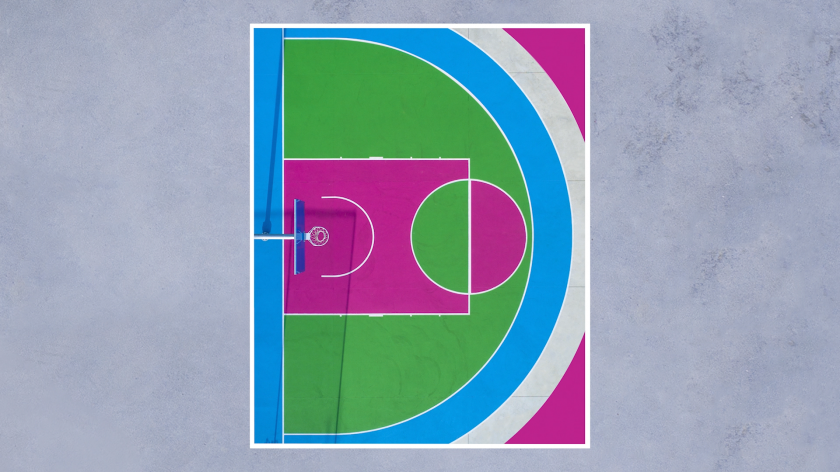 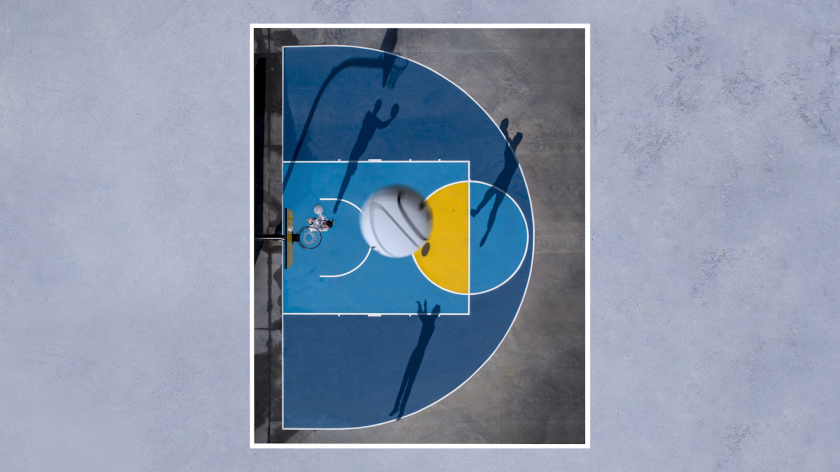 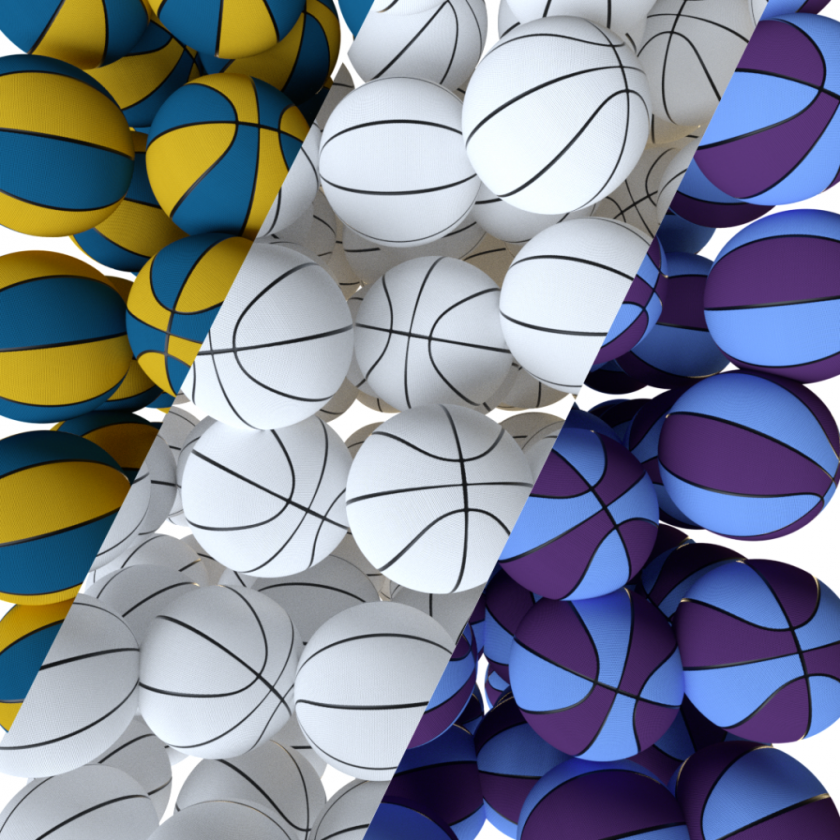