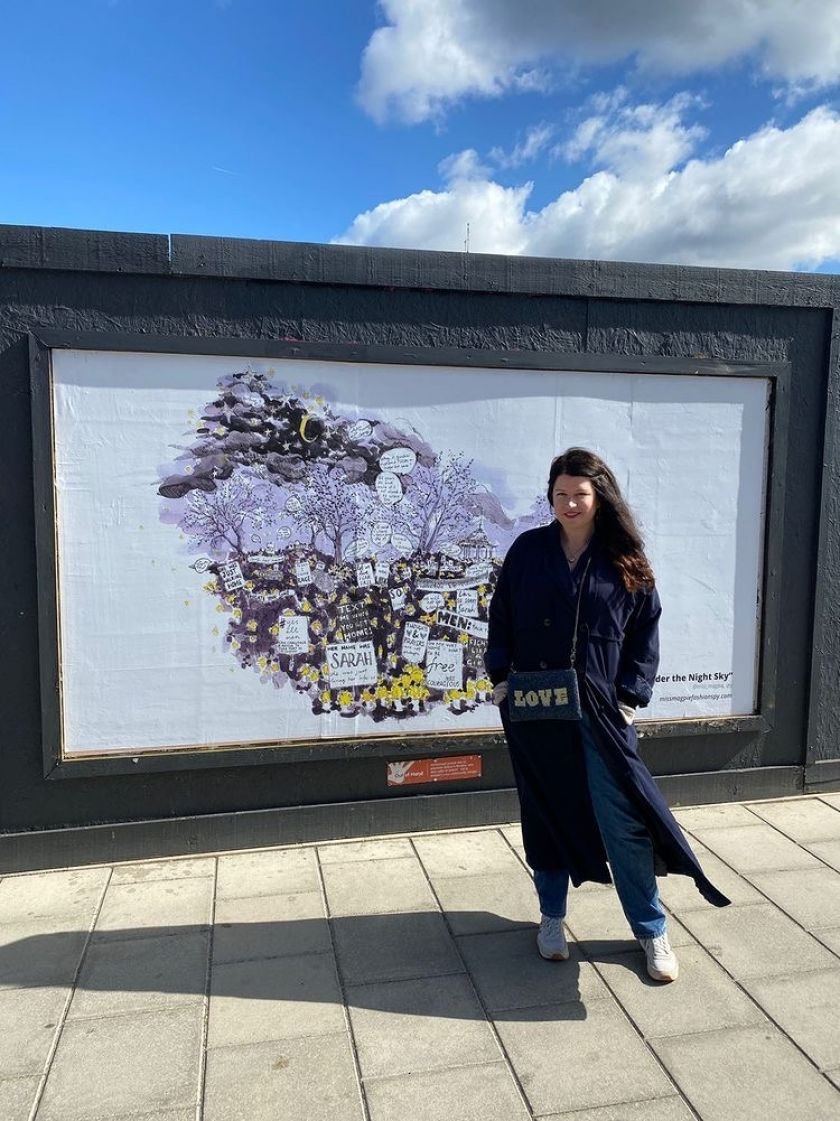 Niki Groom in front of her artwork, All Under the Night Sky

With hoods pulled up, keys in between fingers, and “three rings” for when we get home, isn’t it odd that so many of us normalised this behaviour and didn’t think twice about women’s safety at night? That is, until Sarah Everard was murdered and suddenly, in the height of a pandemic, we screamed in unity, “Enough is enough!”

As the news spread last week that Everard’s attacker had pleaded guilty, award-winning illustrator Niki Groom hoped to keep the conversation going with a series of billboards across the UK that aims to provoke debate around women’s safety and the policing of protests.

The outdoor campaign includes her artwork, All Under the Night Sky, featuring people holding placards at the Sarah Everard vigil. Crowdfunded by Groom, it kicked off in her home city of Bristol in March and has since been rolled out to Glasgow, Exeter, Cardiff, Birmingham and several sites in London including Oxford Circus, Kings Cross and Clapham Common – where Sarah Everard disappeared. 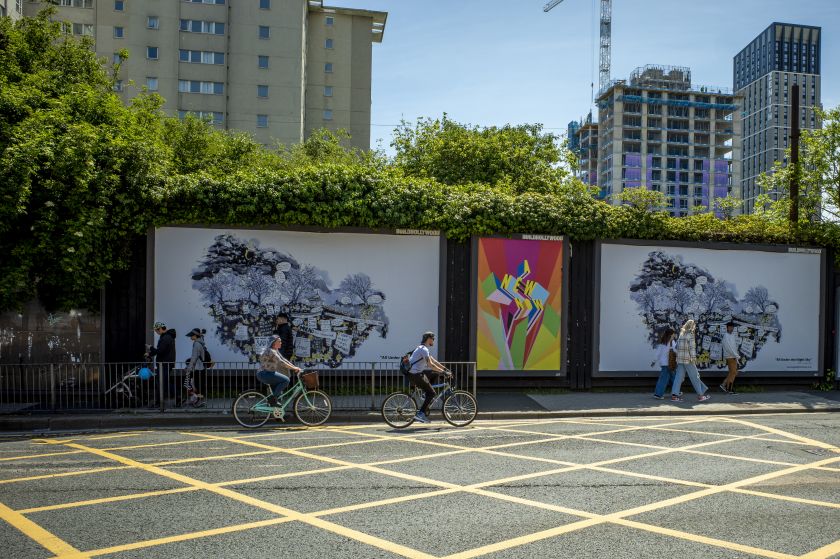 All Under the Night Sky. Photography by Simon Regan

Look closely at the giant artworks and you’ll see familiar recent scenes from Clapham Common, of protestors holding up banners and placards, the messages on which were crowd-sourced from social media. These include: ‘On my way home, I want to be free, not courageous’, ‘Let us live fear free’, ‘I can’t believe we still have to protest this sh*t’ and ‘Today I choose rage’.

“I hope the piece makes people think and keeps the conversation going about women’s safety,” Groom tells Creative Boom. “Since Sarah was murdered many more women have been victims of abuse, often by people they know. Not every case makes the news but every one of these women is as important as Sarah. Women will only see change if men want to see it too – we all need to keep talking and listening.” 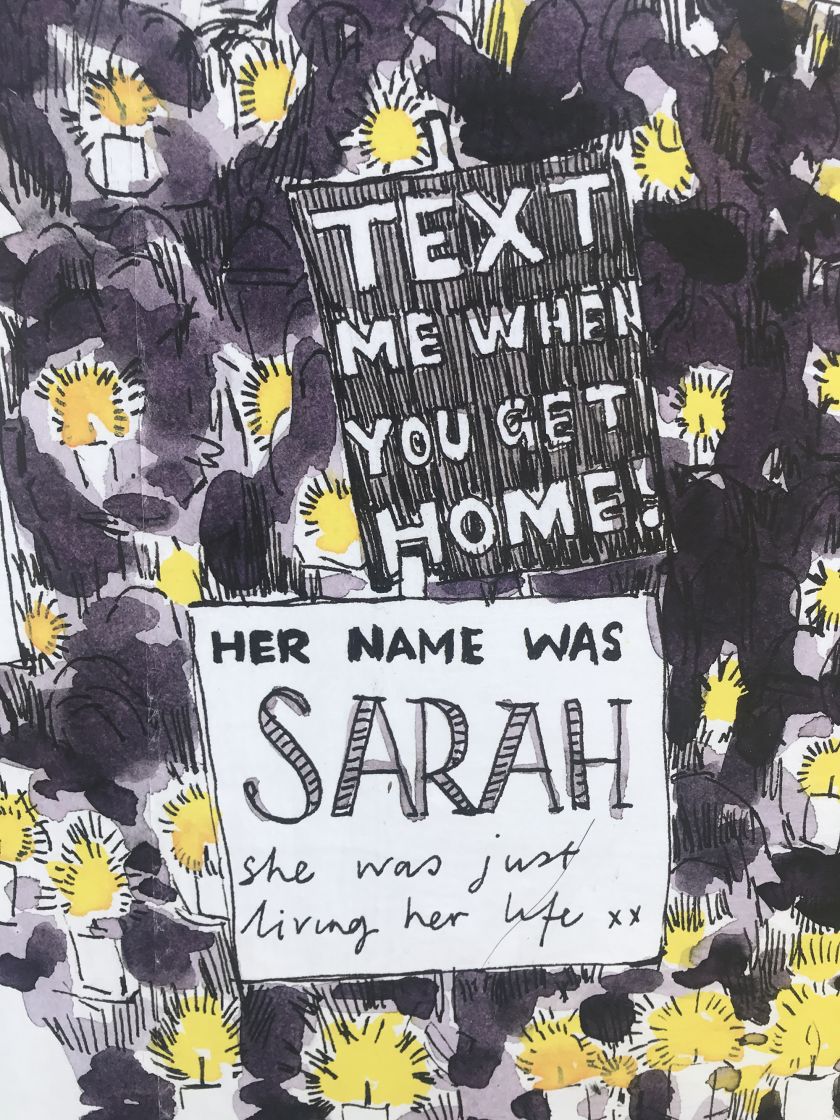 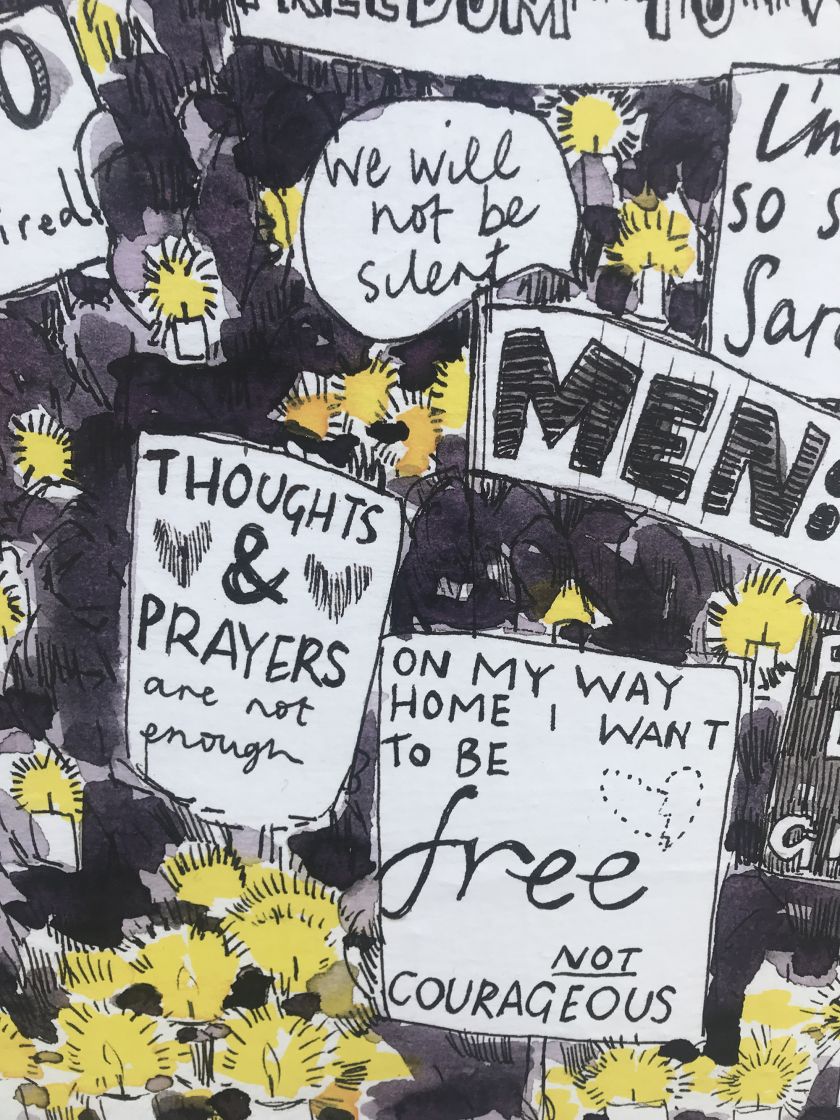 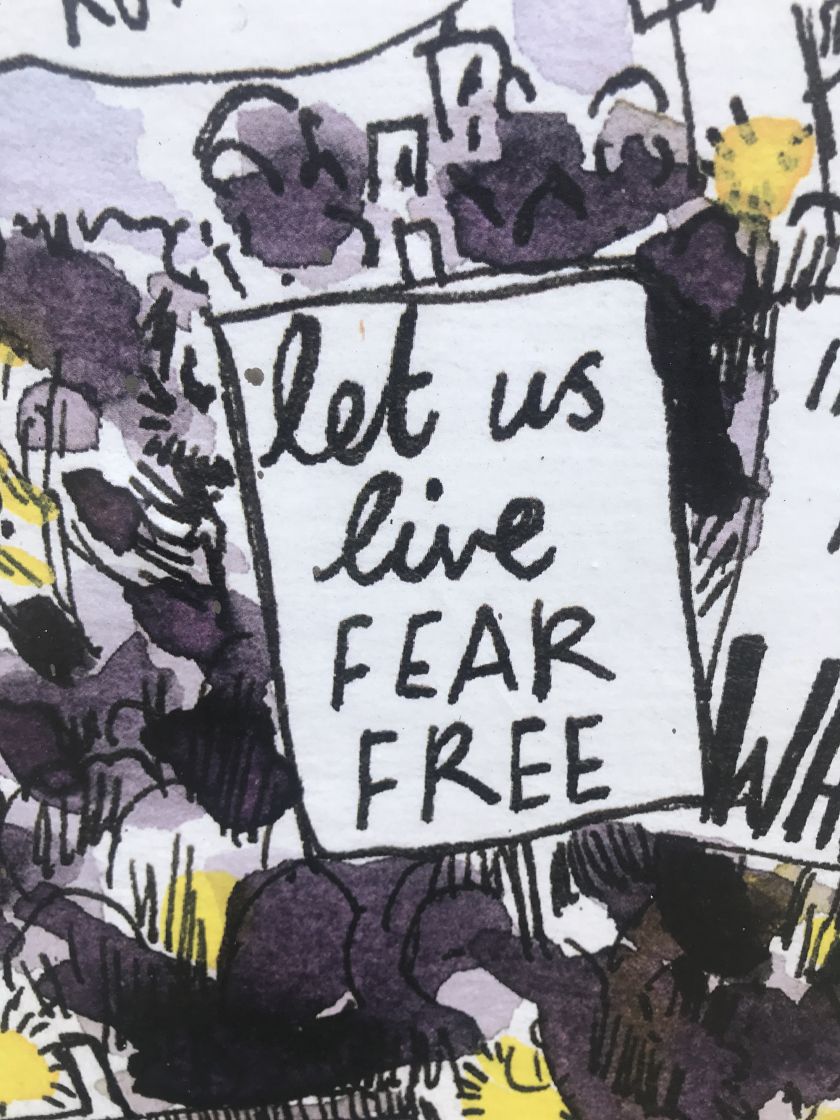 “I love that this is a collective piece of work, featuring the words and sentiments of many other women. I’ve had so many messages saying how powerful it is,” adds Groom.

One such woman, who wants to remain anonymous and messaged Groom on hearing about her campaign, lives close to the spot where Sarah Everard went missing. She wrote, “When the taking of Sarah happened, the whole of Clapham became a unit of mourning and it was quite a dark place to stay. Since then, we’ve become a lot more neighbourly. People check in with each other and ask if someone is in trouble. Seeing this on my road has been a sobering, but wonderful reminder to those we thought speaking up once was good enough.”

If you appreciate Niki Groom’s artwork, you can purchase it as a Giclée print, with a donation from each one sold split equally between Refuge Charity, The National Stalking Helpline, and local charity Refugee Women of Bristol. 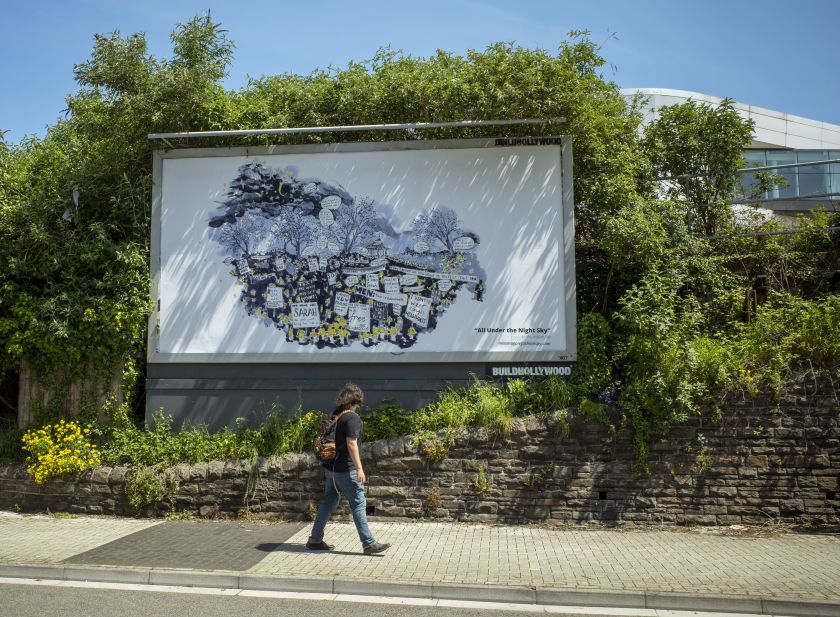 All Under the Night Sky. Photography by Simon Regan