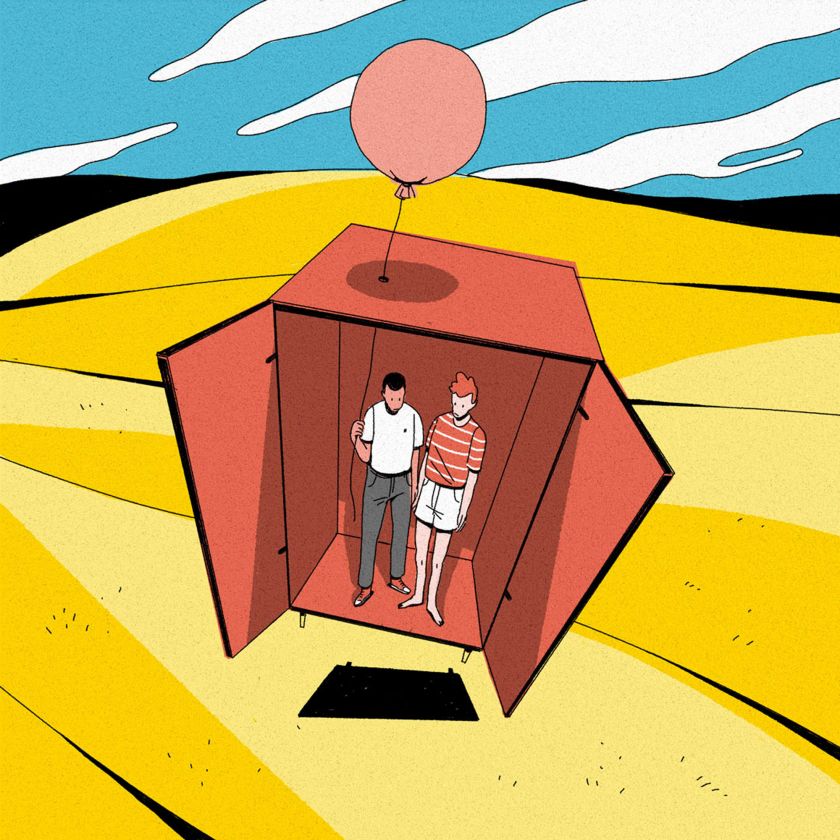 It was back in high school that Anđela Janković thought drawing was something purely for her own enjoyment, “often in shabby notebooks during classes”. It was something the Serbian designer and illustrator perceived as an “indulgent, somewhat selfish activity” rather than anything she could have turned into a career.

Fast-forward a few years later and Anđela has just graduated with a degree in graphic design from the Faculty of Applied Arts in Belgrade where she grew up. “I discovered that drawing was a neat thing to do if you want to offset the somewhat more rigid design tasks,” she tells Creative Boom. “I then started posting a lot of my personal illustration projects on Instagram, which a certain number of people found entertaining. Thanks to that exposure, I landed my first illustration gigs, and things got a bit more serious.”

Working from her home studio, Anđela is trying out freelancing for the first time while “overcoming the post-university anxiety” that we inevitably suffer from when we’re spat out into the real world. She’s also learning animation. “I’m trying to spice things up and branch out into more immersive fields. New things up ahead for sure.” 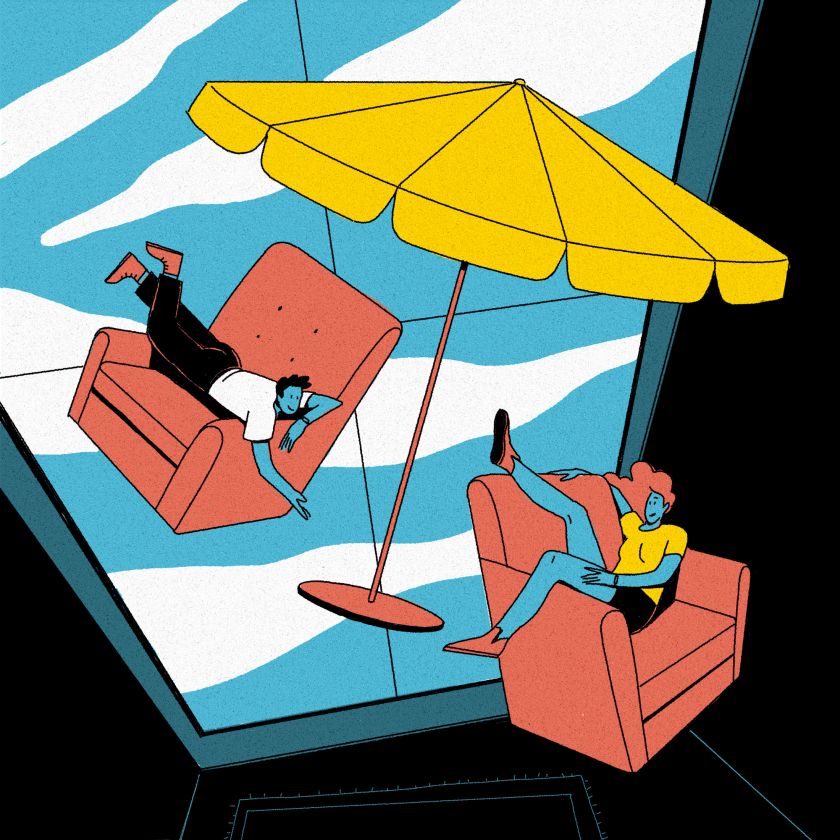 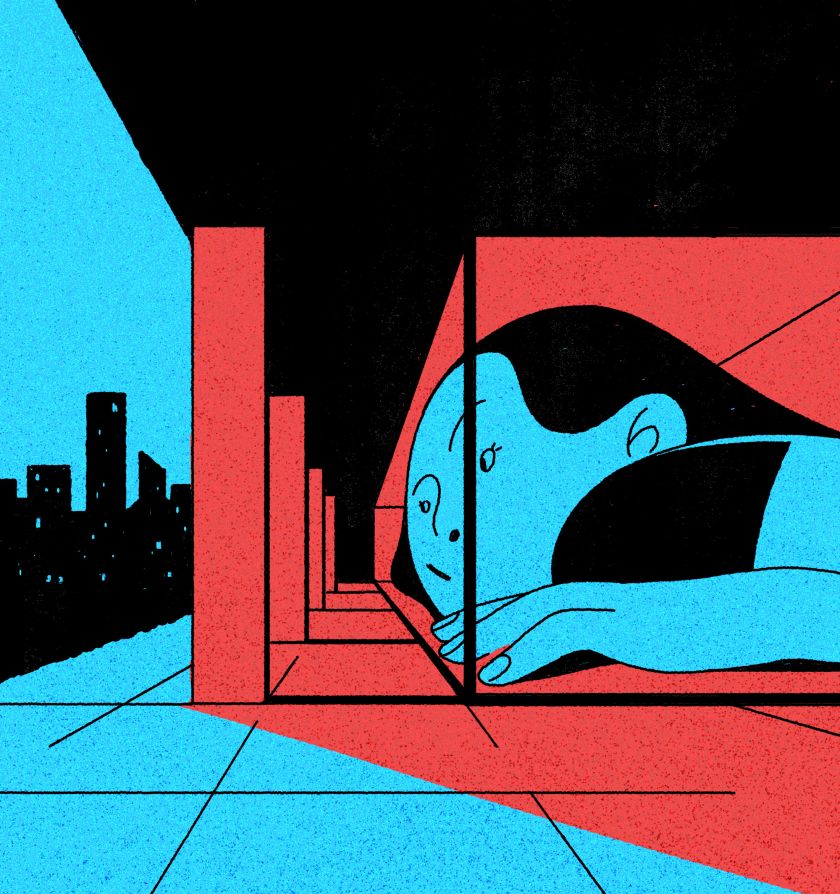 Looking at her style, Anđela describes it as “squishy and fruity, with a bit of tang, and a dose of milky heaviness”. And then some “noisy texture on top”. There’s certainly a lot of vibrant colours, bold lines, warped perspectives coupled with oddly proportioned characters.

“I am inspired by spaces – cities, rooms and buildings, real or imaginative,” she explains. “Also, people, the way they move, look and eat. I am inspired by the different characters I spot on the streets and those I spend time with.” When it comes to other artists, the list is “humongous”, but a couple of names include Miyazaki, David Hockney, Moebius, Nicolas de Crécy, and Push Pin Studios.

For a recent project entitled Bond Touch, the brand asked Anđela to create illustrations for its blog posts that deal with the topic of relationships. “I had the task of capturing each article’s idea and tone in one to three illustrations, using a limited colour palette. This was one of the longer projects I have worked on, and I am very content with the sense of visual uniformity that runs through the artworks.” 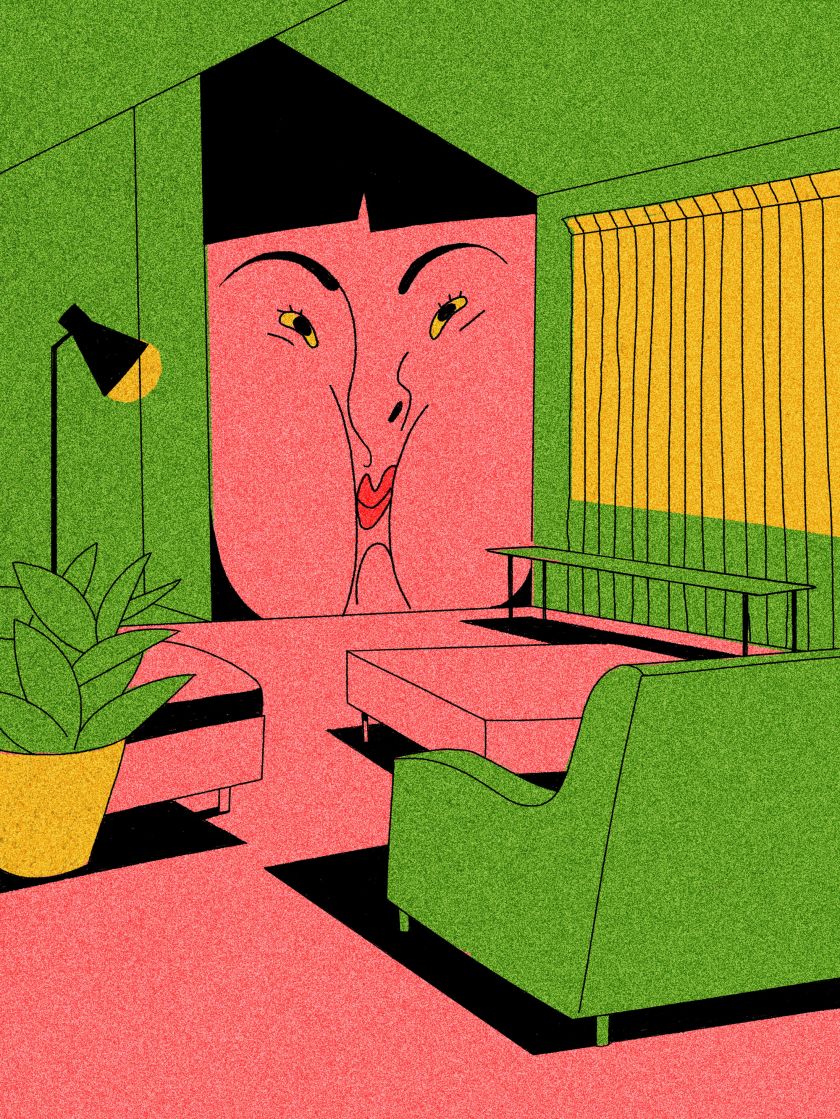 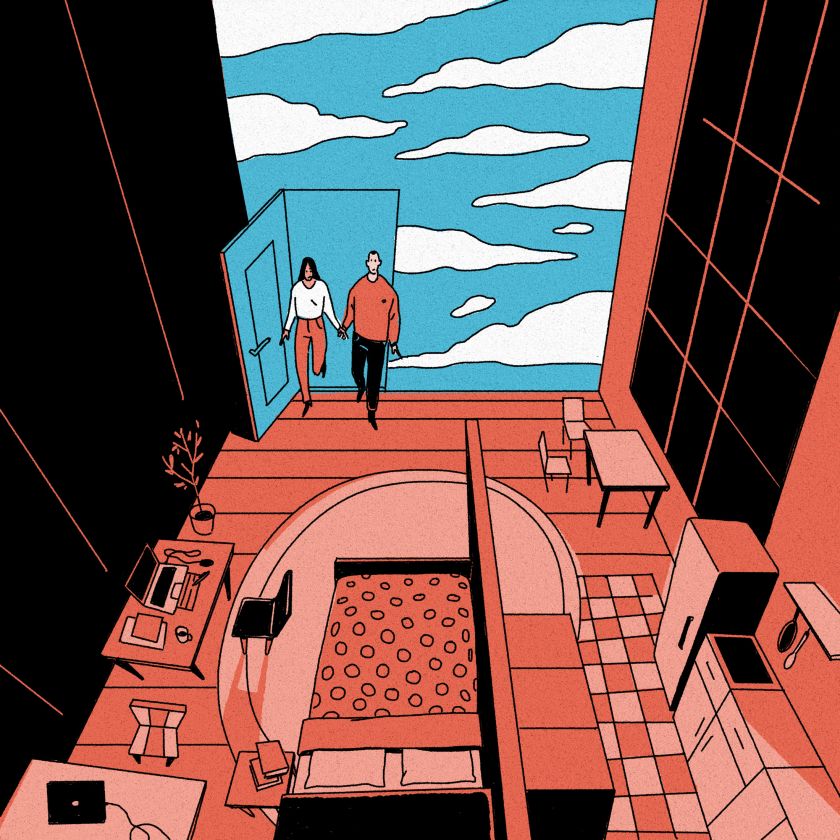 Another piece, Love For Coffee, Fear of Small Spaces was a more personal project, something Anđela began during her final year of university. “The feeling of claustrophobia is the main point of interest, explored through different characters that I put in peculiar situations. Not taking myself too seriously was the magic component.”

Overwhelmed, meanwhile, was a personal project that was made after a trip around Europe. “I needed an outlet for the visual stimulation I had received. Capturing the spaces such as Budapest subway station, Moscow residential block or one of the Airbnbs we slept at were points of reference. Characters then add further context and emotional relation to the architecture. I wanted to communicate the particular feeling one gets when interacting with foreign spaces.”

You can see more of Anđela’s work on Behance or follow her on Instagram. “I hope that they start feeling a bit of wonder for the mundane. And to think about what the world would look like if it stopped being dull,” she adds. 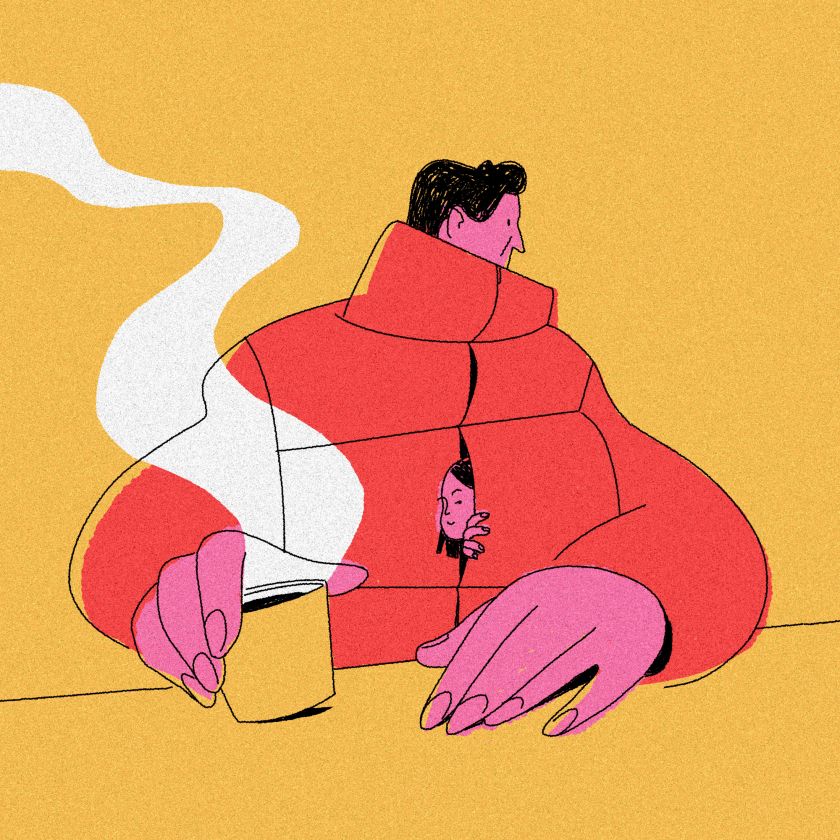 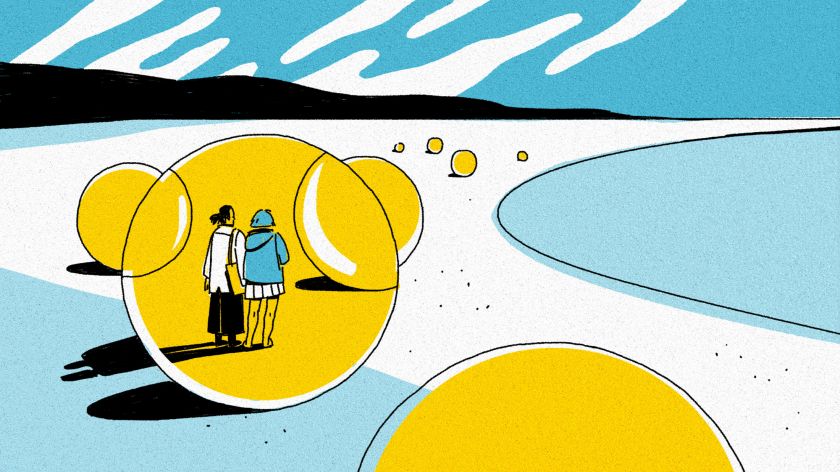 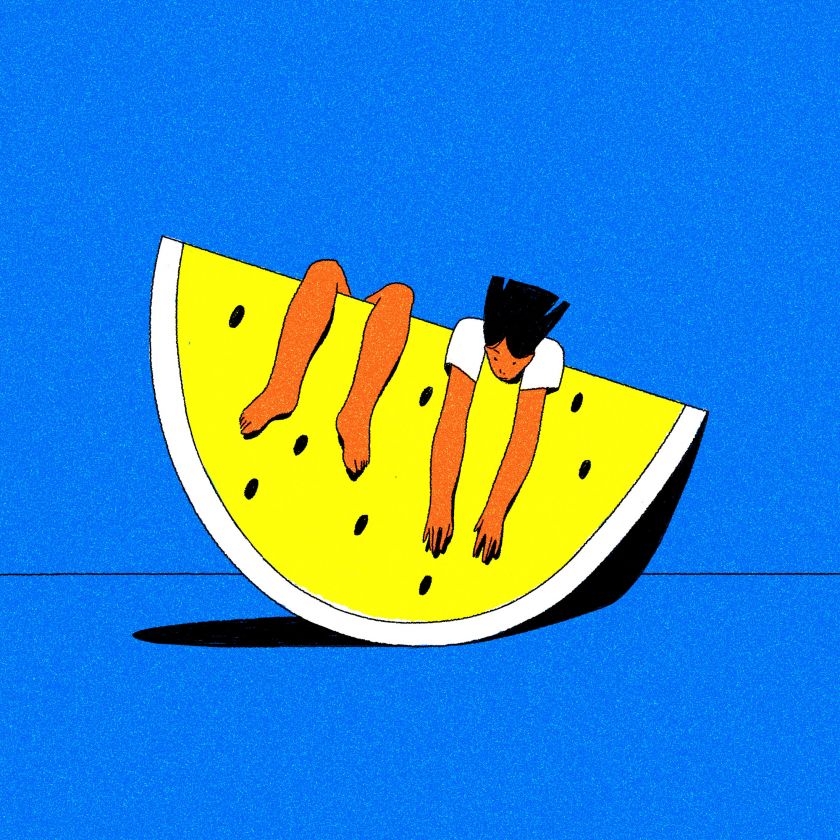