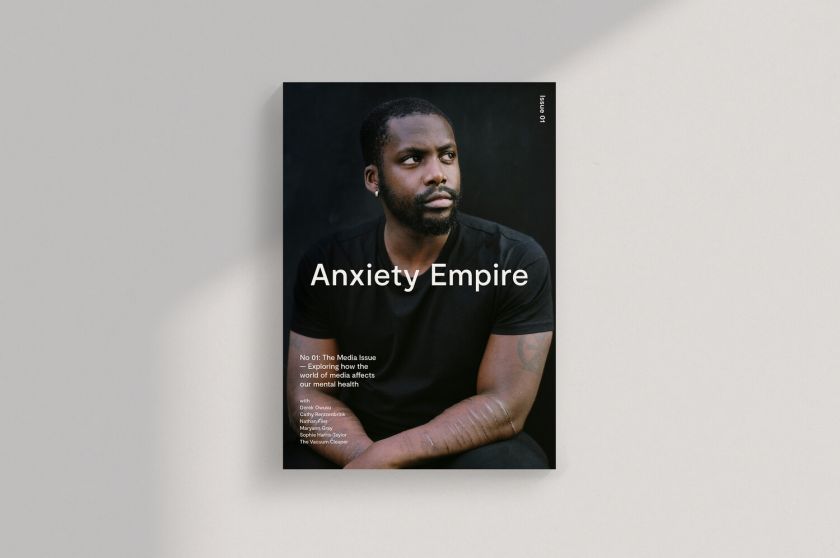 It’s about time someone made it clear that mental health isn’t just a simple, and individual issue, but a societal one.

New mental health magazine Anxiety Empire does just that and practices what it preaches by working to a model that means the print publication is free.

“We are using design for social change,” says the founder. “It’s free to the public because we believe mental health resources should be accessible for all regardless of income…we’re bending the rules of capitalist society which expects ‘free’ to equal ‘cheaply made’ or ‘full of ads’.” 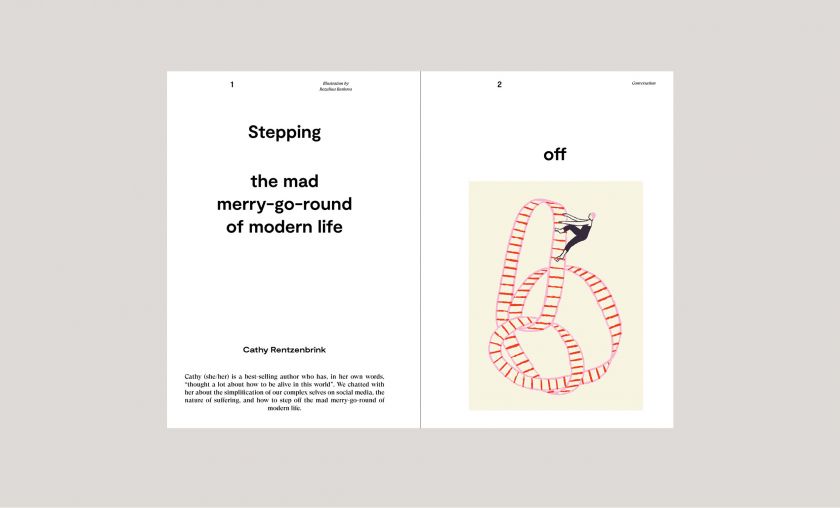 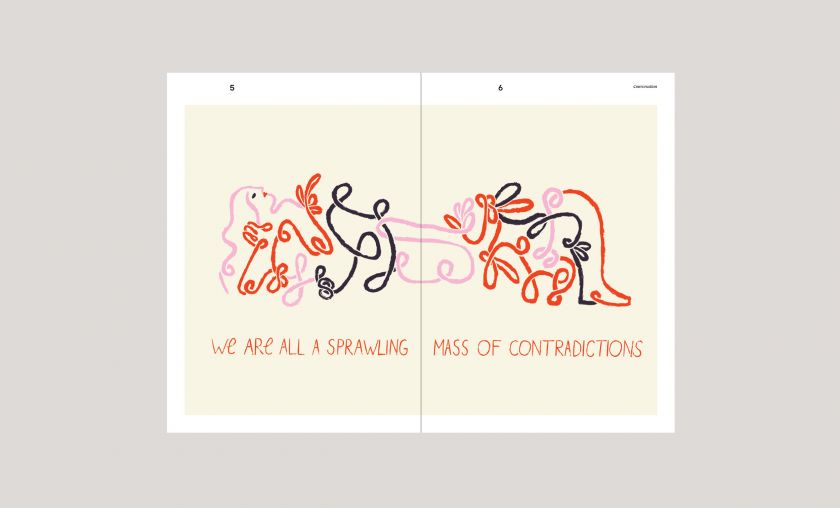 However, that doesn’t mean Anxiety Empire scrimps when it comes to design, materials, commissioning and carefully considered content. “Our feeling is that, when it comes to mental health, there often isn’t enough care – for ourselves or each other,” says the team. “Readers can sense the care and love that has gone into it – in the content, the design, the paper, the printing. It feels important to make something where people can sense care has been taken, as it supports the message that mental health is important.”

The magazine is planned for quarterly publication, with each issue exploring a different “macro system of society” such as work, language and media; and how these impact individuals’ mental health. The issues will be examined through a mixture of written content from writers, poets, academics, reporters and industry professionals, alongside work by a selection of artists. All will be selected for their ability to “examine the topic from different creative, critical and caring perspectives,” as the Anxiety Empire crew puts it. 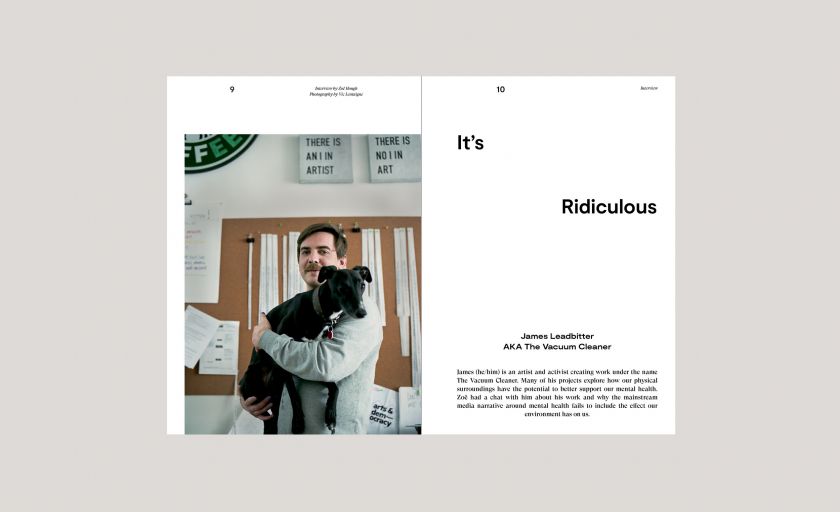 Photography by Vic Lentaigne. Other Photos by Stephen Pocock and James Leadbitter 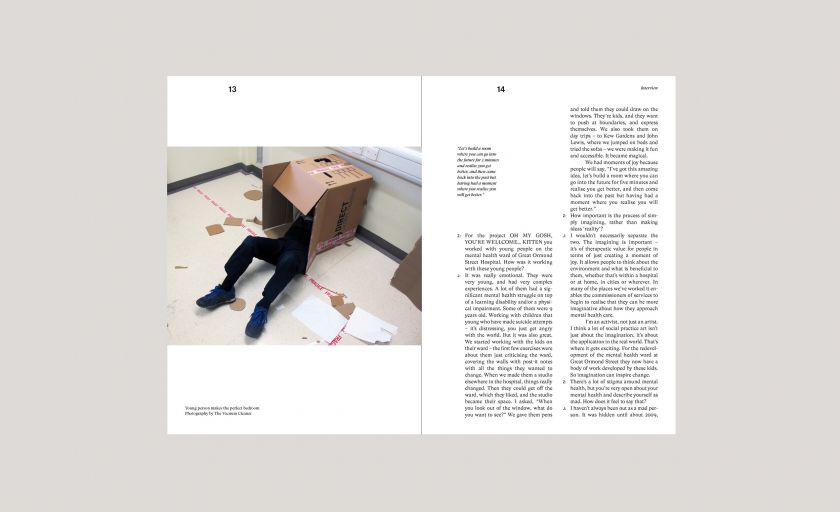 Photography by Vic Lentaigne. Other Photos by Stephen Pocock and James Leadbitter

The first issue focuses on media, and how that world impacts mental health by examining issues including “the simplification of our complex selves through social media” through a conversation with the author Cathy Rentzenbrink.

It will also consider the power of TV and pop music in difficult times in a poem by Derek Owusu. There’ll be a non-fiction piece about growing up as a ‘well’ person alongside family members experiencing mental illness by Laura Bridgeman. Photographs by Sophie-Harris Taylor will also feature, looking to tackle “the representation of male people of colour in the media and the impact this has on young black men” and “the inadvertent creation of stigma by people on social media talking about said stigma”. 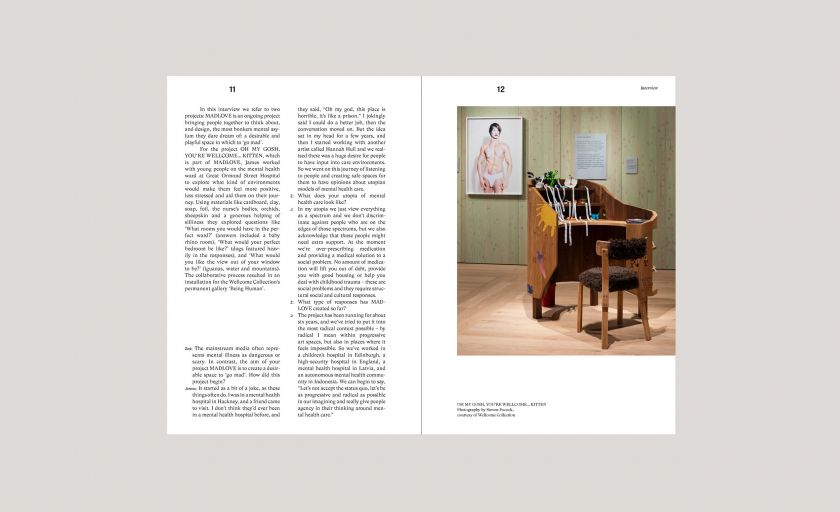 Photography by Vic Lentaigne. Other Photos by Stephen Pocock and James Leadbitter. 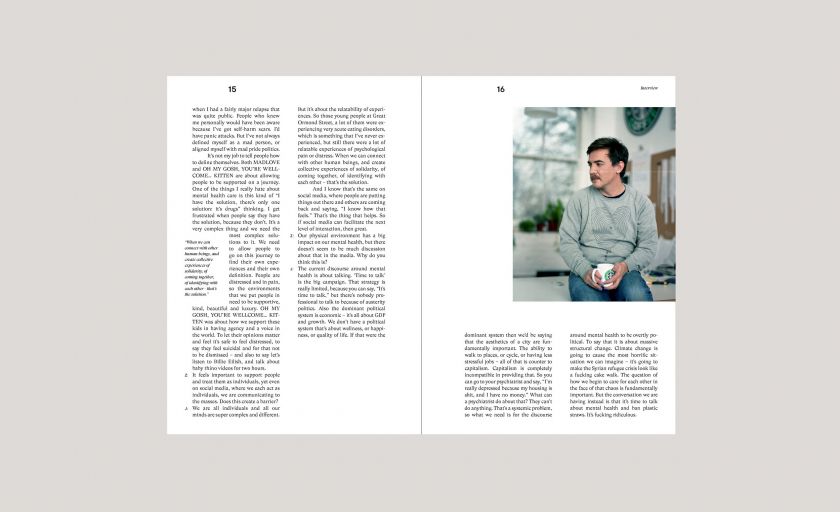 “The environment we live in has a huge impact on our mental health; why is there so little mention of this in our media?” said the mag’s founder. This is demonstrated in an interview with artist and activist James Leadbitter (AKA The Vacuum Cleaner) about why the media prefers to focus on ‘talking about mental health’ rather than on bringing about tangible change to our physical surroundings.

Each edition of Anxiety Empire will take on a different theme that delves into takes a macro system of society – such as money, language or optimism and explore how this impacts on the mental health of us as individuals.

“We’re not the kind of magazine that gives easy answers or quick fixes. Instead, we embrace the complexity of us as humans, of our society, and our mental health,” says the Anxiety Empire team. “While the majority of people acknowledge that racism or gender inequality are not innate, but that the structures of our society lead to these things, many of us don’t fully recognise the influence of society when it comes to mental health. Consequently, it’s easy to feel like our mental health is ours alone, something just happening inside of us, and something we each ‘should’ be able to control.

“Anxiety Empire magazine broadens the conversation to see how the systems of society impact our mental health. By doing so, we aim to provide people with some relief, reassurance, and impetus to create change in the society in which we live, work and love.” 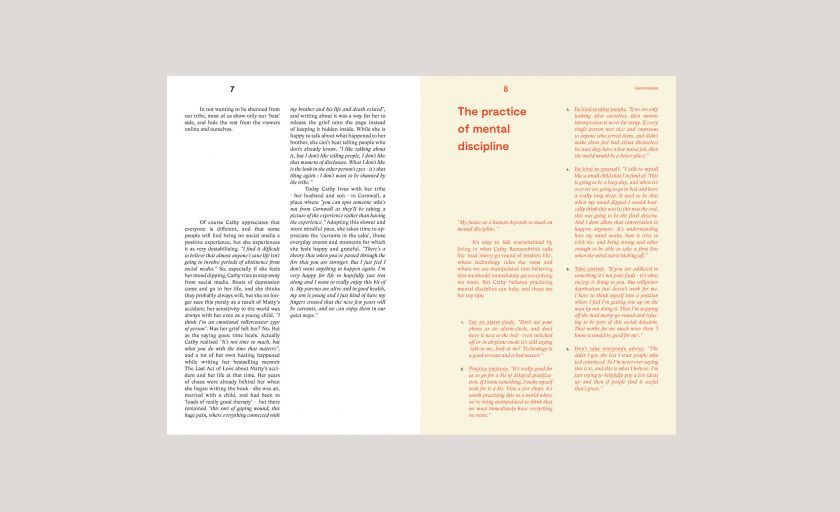 Zoë, (they/them) founder and creative director started the Instagram account after working in a job which they say “was really difficult for my mental health”. They continue: “The Instagram began by talking about mental health in the workplace, but work is only one element of society which has a big impact on our mental health, and I wanted to explore such topics in-depth. As Instagram isn’t the platform for going in-depth into things, the idea to go into print emerged.”

The magazine’s editor Marc is a writer and editor with experience in advertising and producing print and online magazines, whose passion is “telling great stories about inspiring creatives and the LGBTQ community”. While Anxiety Empire designers Amanda-Li and Siri-run editorial design and typography-driven graphic design studio, Studio jetzt-immer. “We use our design and communication skills to engage in important societal discussions,” they say.