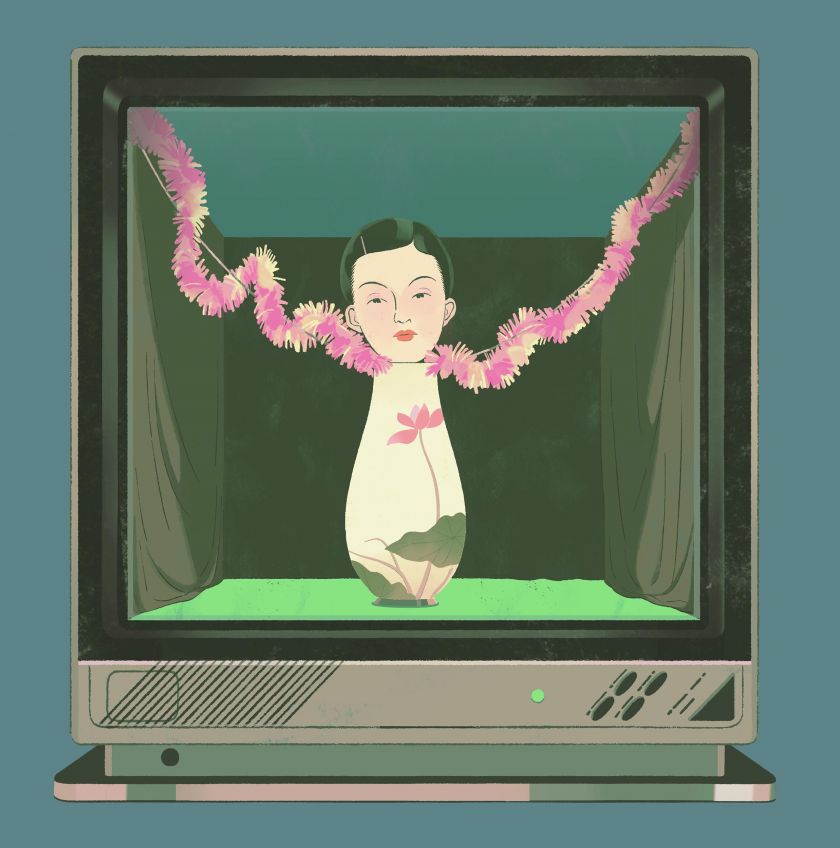 What do we talk about when we talk about illustrating? The answer isn’t often literature, but Baltimore artist Ard Su proves to be the exception.

Ard’s work is influenced by Japanese writer Haruki Murakami, who we’re sure Creative Boom readers need no introduction. Before she left Shanghai to study her MA in Illustration at the acclaimed Maryland Institute College of Art, Ard was a college major in Japanese. During these years she read a lot of Murakami, and her graduation thesis was based on a short story by the acclaimed novelist.

“In my literature class, the professor told us that when reading a piece of literature, we should see every element in the story as a symbol instead of just its literal meaning. I find this way of comprehending a piece of text very interesting, so I tried to do the same when I started creating illustrations. Only this time, I drew them instead of writing them down.” 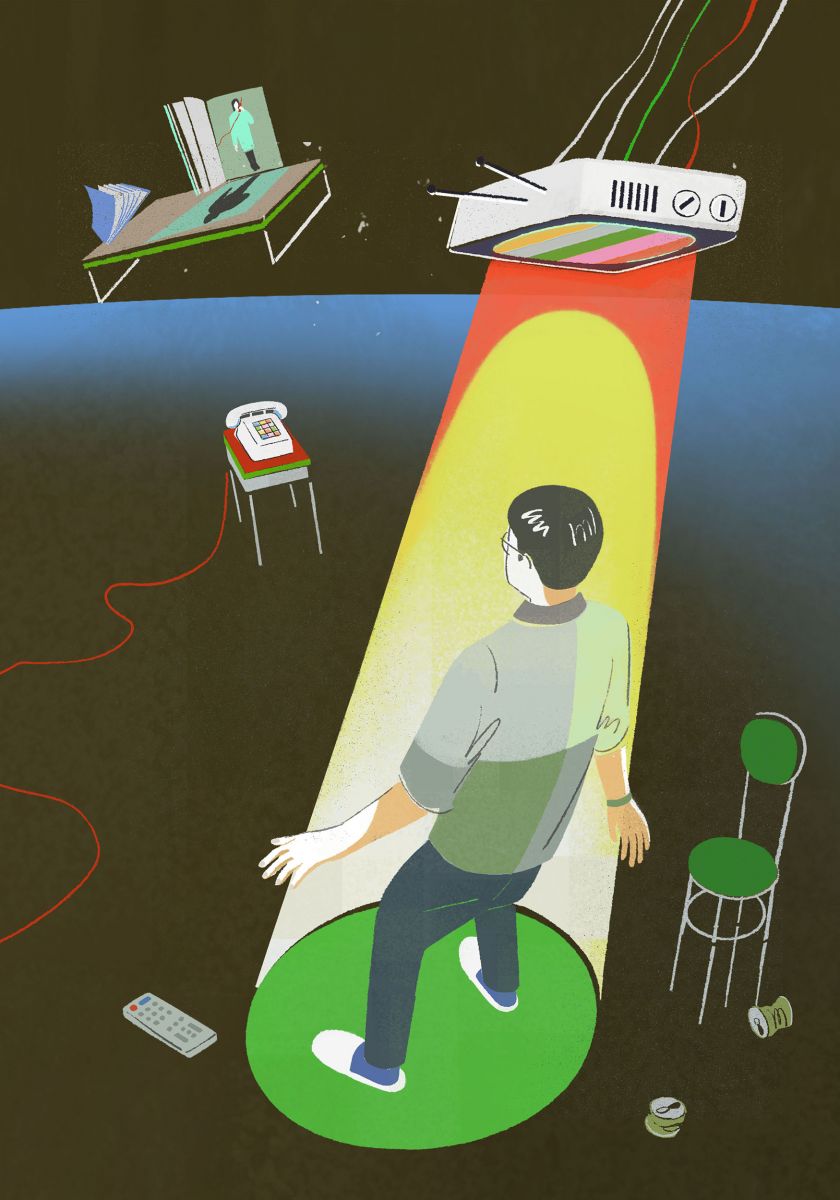 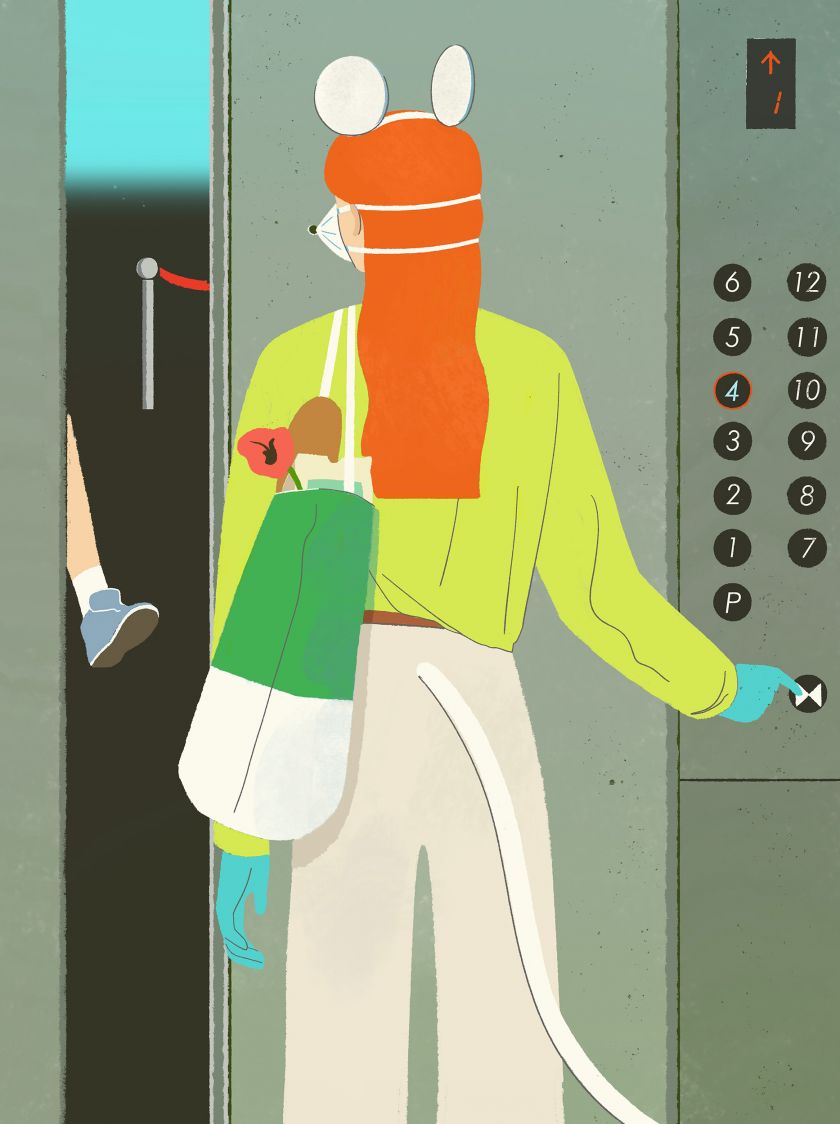 Ard honours Haruki with her choice of subject matter, examining daily life in our modern world. Looking at a different angle to what may be seen as mundane and run-of-the-mill, Ard finds the absurd and surreal in contemporary life, much like Murakami does with his writing.

“Technology, mass-production, capitalists have reshaped our mind and body again and again,” Ard says. “There are fundamental differences between music nowadays and before, same with entertainment, intimate relationships, the way people communicate etc. In my work, I want to capture this alienation.” 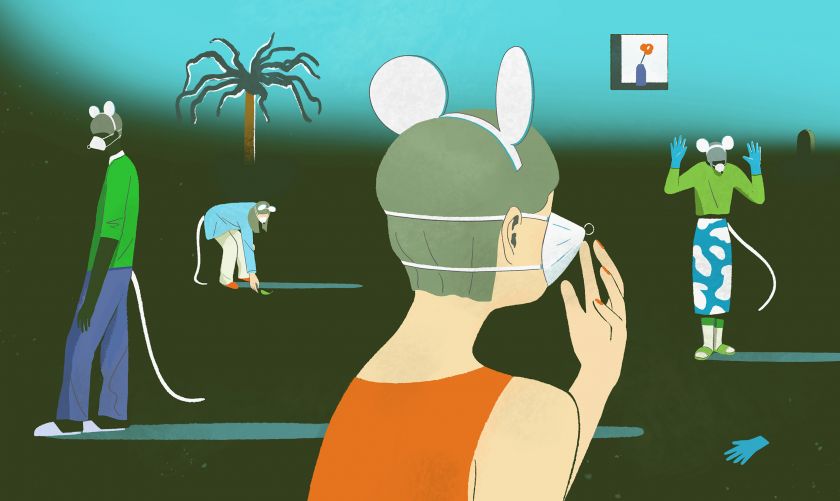 “For example, in one of my favourite Murakami’s short stories, TV People, the TV people appeared, installing a TV in the narrator’s home and office. Soon after that, the narrator’s wife disappeared. The wife read magazines, she left bookmarks in them, but the narrator never opened and read them once.”

“TV and magazines are forms of media. There were messages the wife valued in the magazines, but the narrator didn’t care. His mind was ‘taken away’ by the TV. As a result, the media is playing a role in the couple’s relationship. Technology and mass media are bridges that narrow the gap among people worldwide, but it is not such a case in intimate relationships. So, in one illustration, I created a world where the man is in the light of a TV, and far, far away is a woman in a magazine.”

This knack for narrative is something Ard would like to explore more of as she progresses in her carer, which so far has seen her mysterious, evocative editorial illustrations grace mags, newspapers, and even podcasts.

“I have been working on a comic that tells a story about a programmer who lost a finger and hence got fired,” Ard reveals. “I also want to go to some art fairs in China (such as abC, UNFOLD) if I had the chance. They are doing better over the years, and there are a lot of cool artists participating.”

Before we close our chapter, Ard reveals her favourite Murakami novels to be Hard-Boiled Wonderland and the End of the World, and the epic opus that is 1Q84.

“I also love his short stories Toni Takitani, The Elephant Vanishes, and New York Mining Disaster. His essays are fun to read, as well. It is hard to explain why I like them. I just like them!”

Fall down the rabbit hole with Ard Su on Instagram. 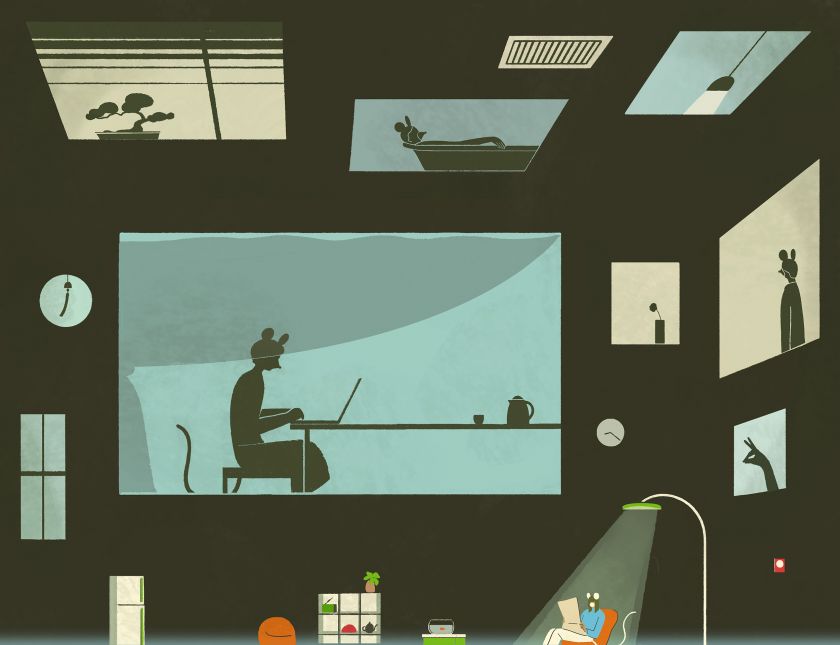 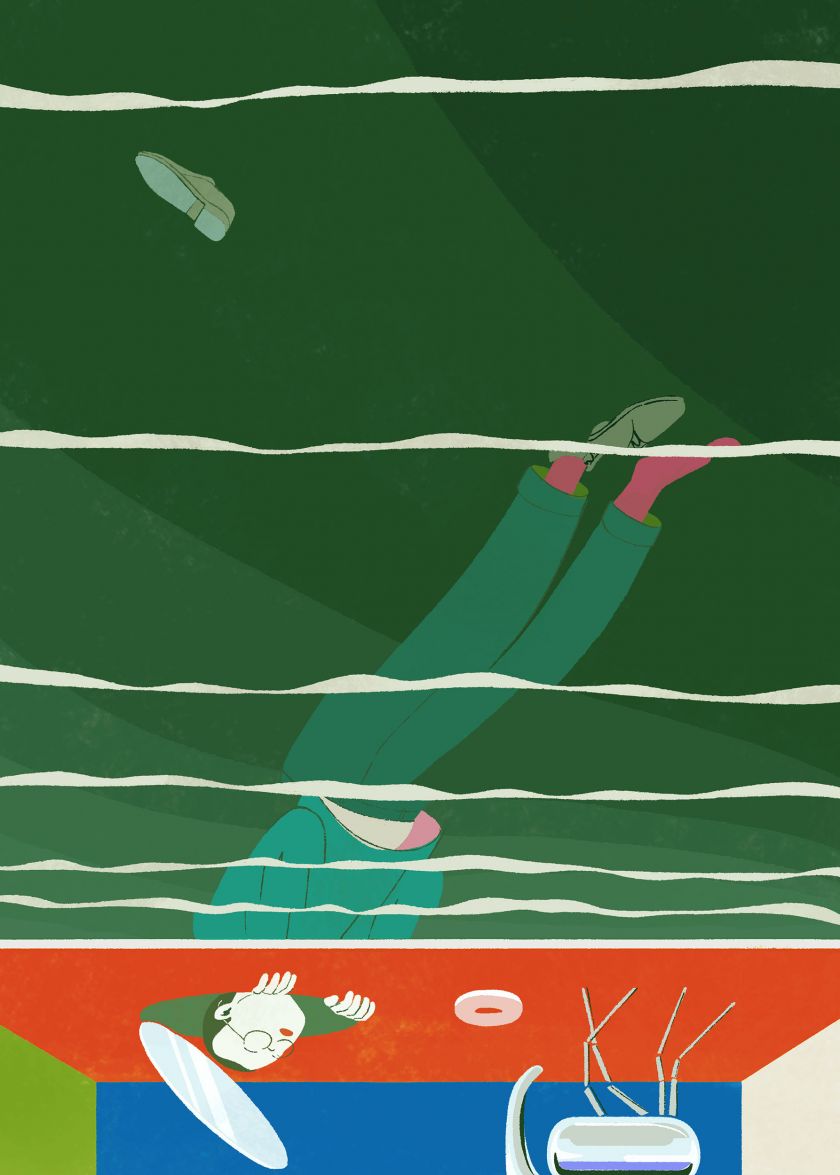 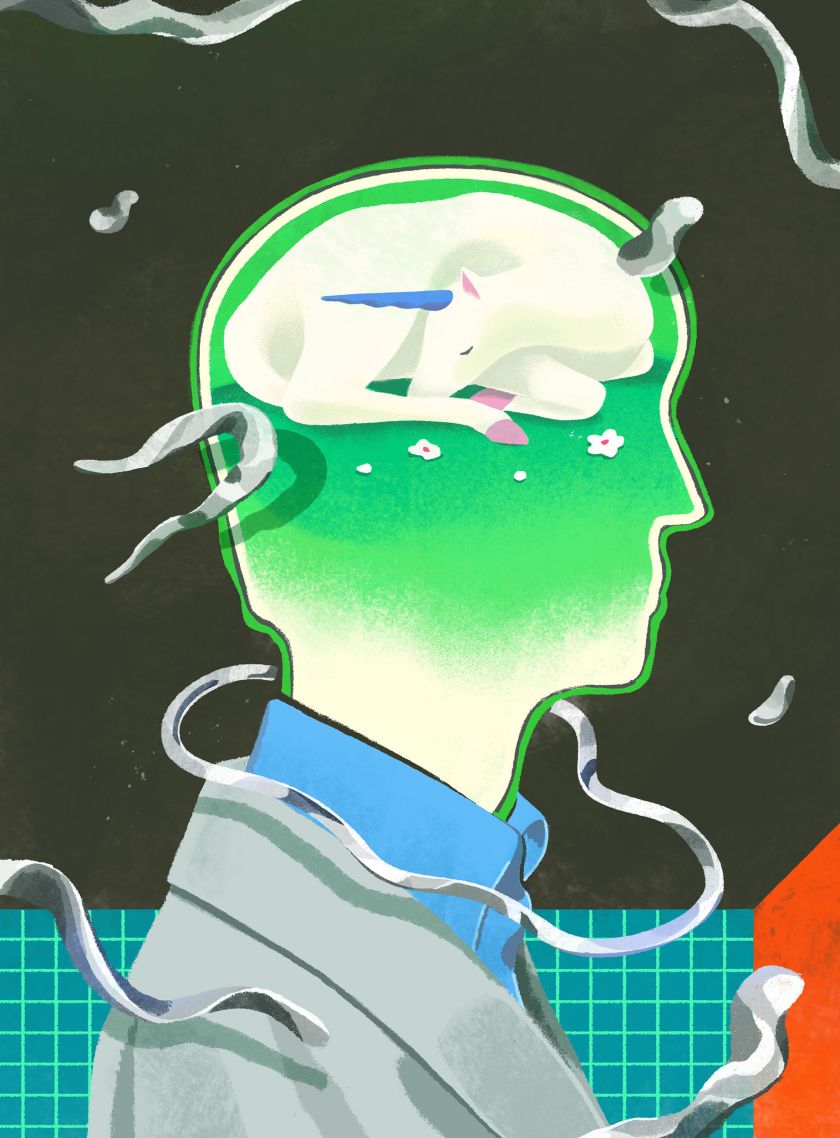 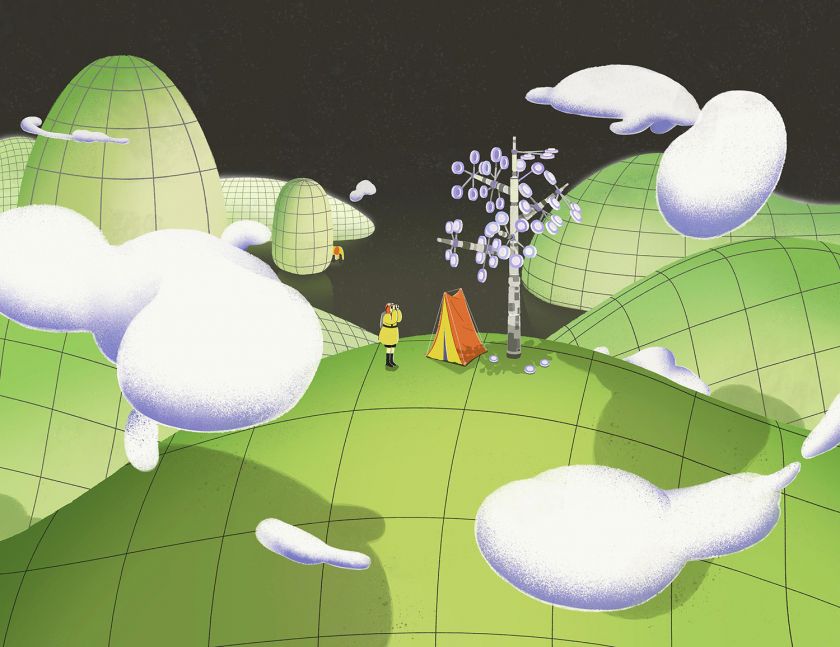