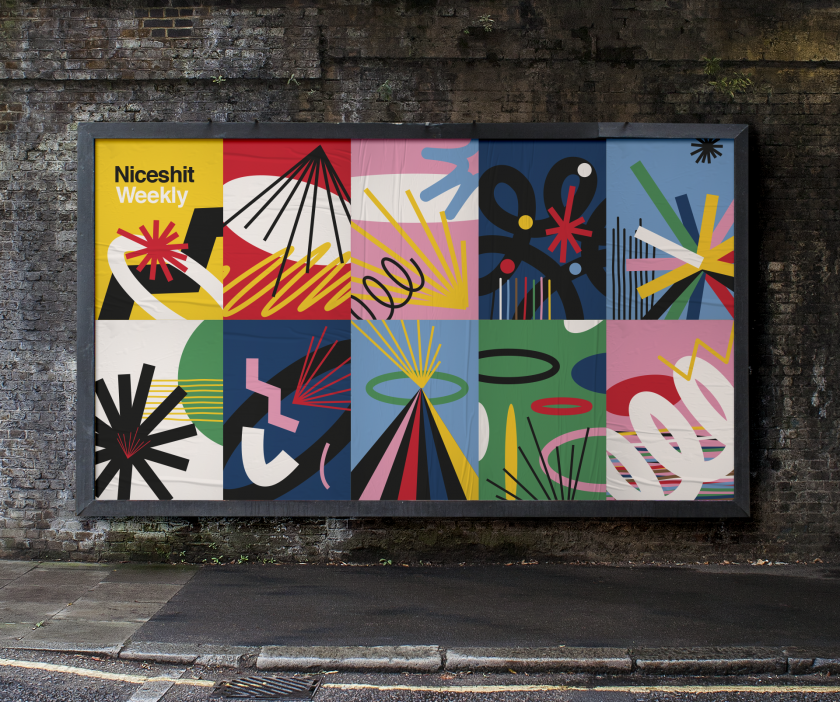 Well, this is rather nice. Or Niceshit, as the Barcelona design and animation studio of the same name might put it. It’s a new passion project, freshly launched, inspired by an ongoing series of weekly Spotify playlists by various artists around the world.

Put simply, Niceshit invites a different creative every Monday to reveal 20 of their favourite songs and then shares the playlist with the rest of us via social media. So far for ‘Niceshit Weekly’, we’ve seen recommended tunes from Dan Woodger, Sebastian Curi, Elda Broglio, Xoana Herrera, and Andres Reisinger.

However, the real beauty of this project lies in Niceshit’s design treatment of each playlist, which is composed of a set of illustrated elements which are then animated in seamless, gorgeous loops and further accompanied by bespoke sound, to create a custom visual styling for each week’s playlist.

Niceshit developed a supermodular, audiovisual system for its side venture. “We needed to be able to quickly put fun and engaging layouts together to publish each week in our Instagram Stories,” says Guido Lambertini, animation director at the studio which boasts Google and MTV as clients. “So, we created a toolkit of elements, which then we animated separately and added a sound to each of them. With this, we can now create endless layouts and by just dragging and dropping the animated elements and combining them into a layout, we get the music!”​

Niceshit is represented by Jelly London. To find out more, visit niceshit.tv or follow the studio on Instagram. 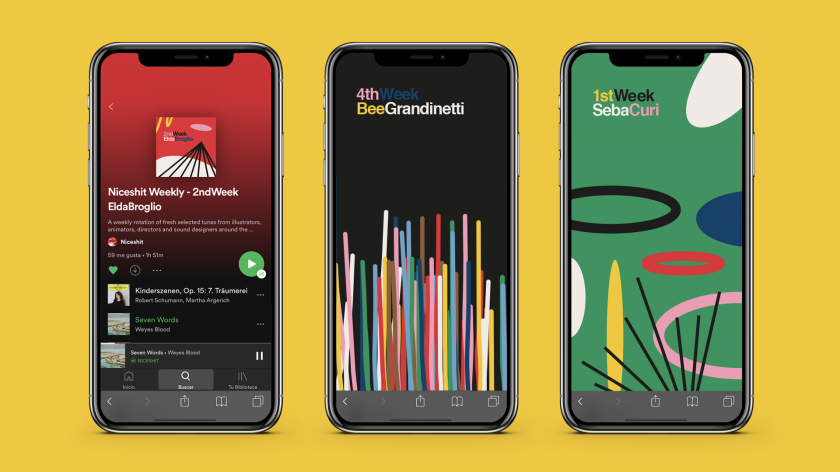 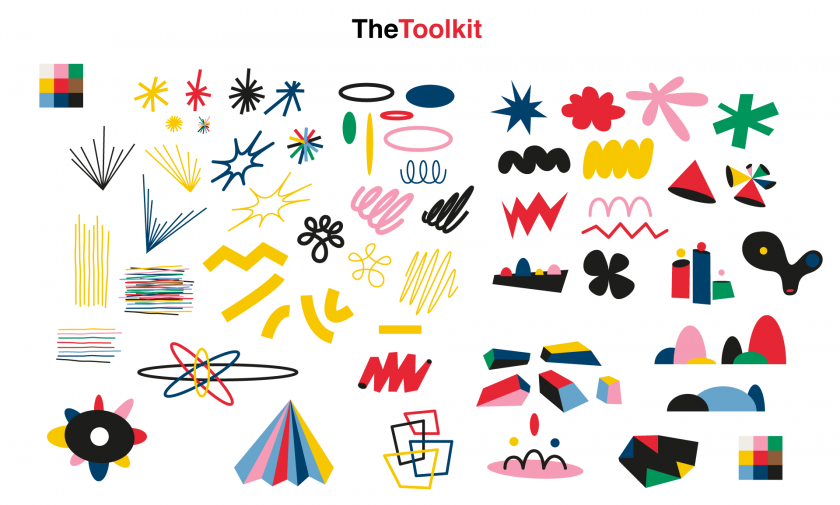 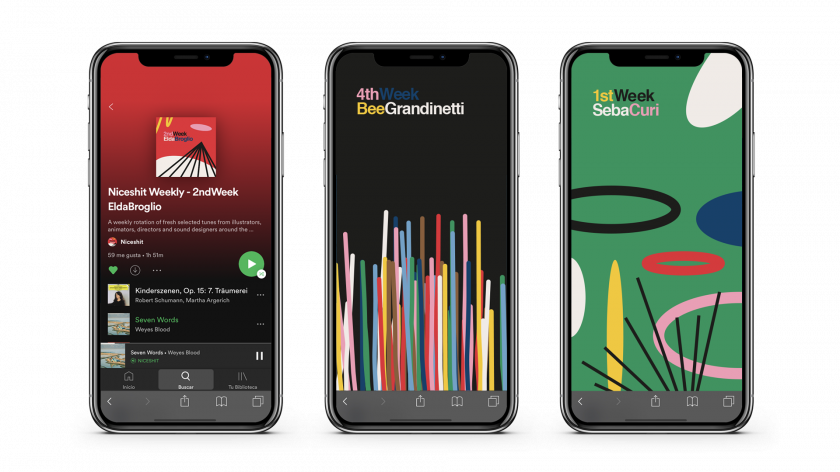 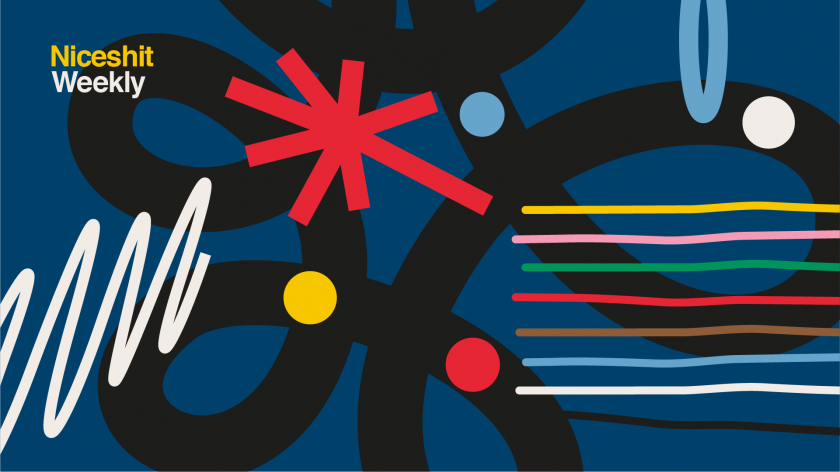 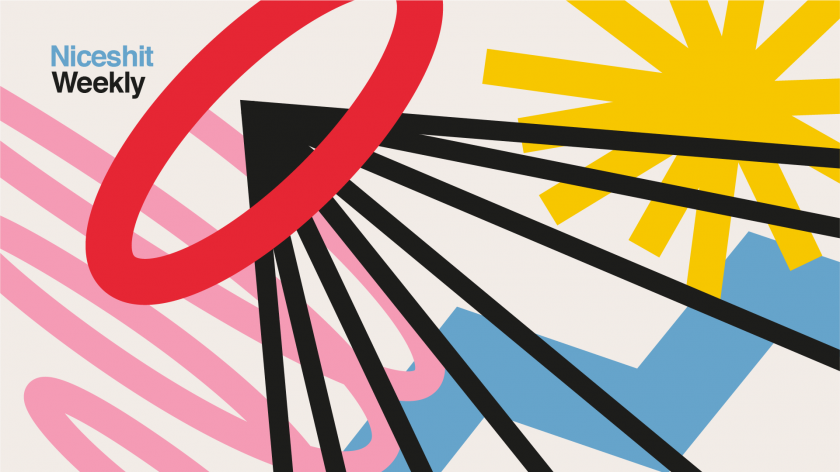 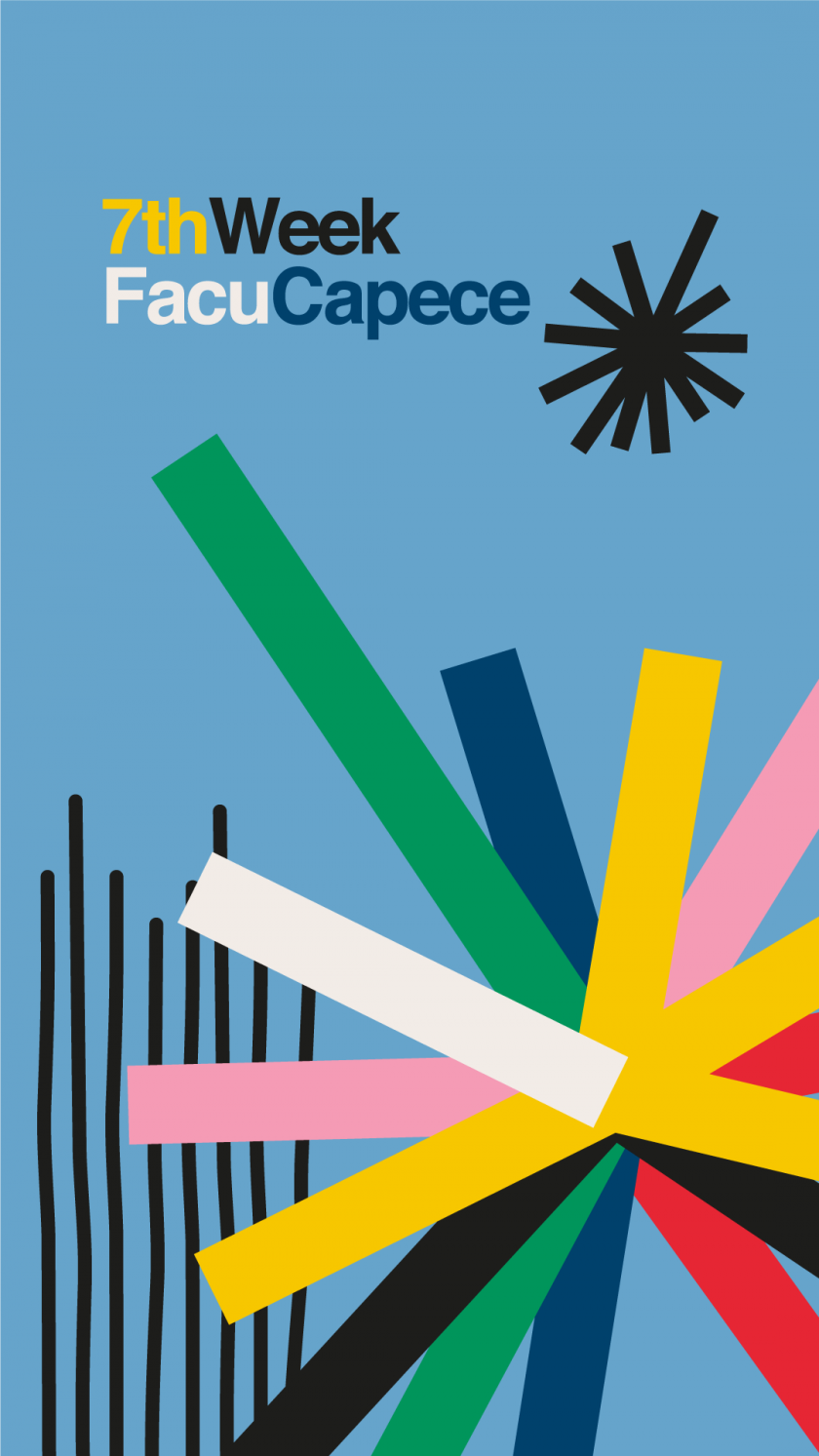 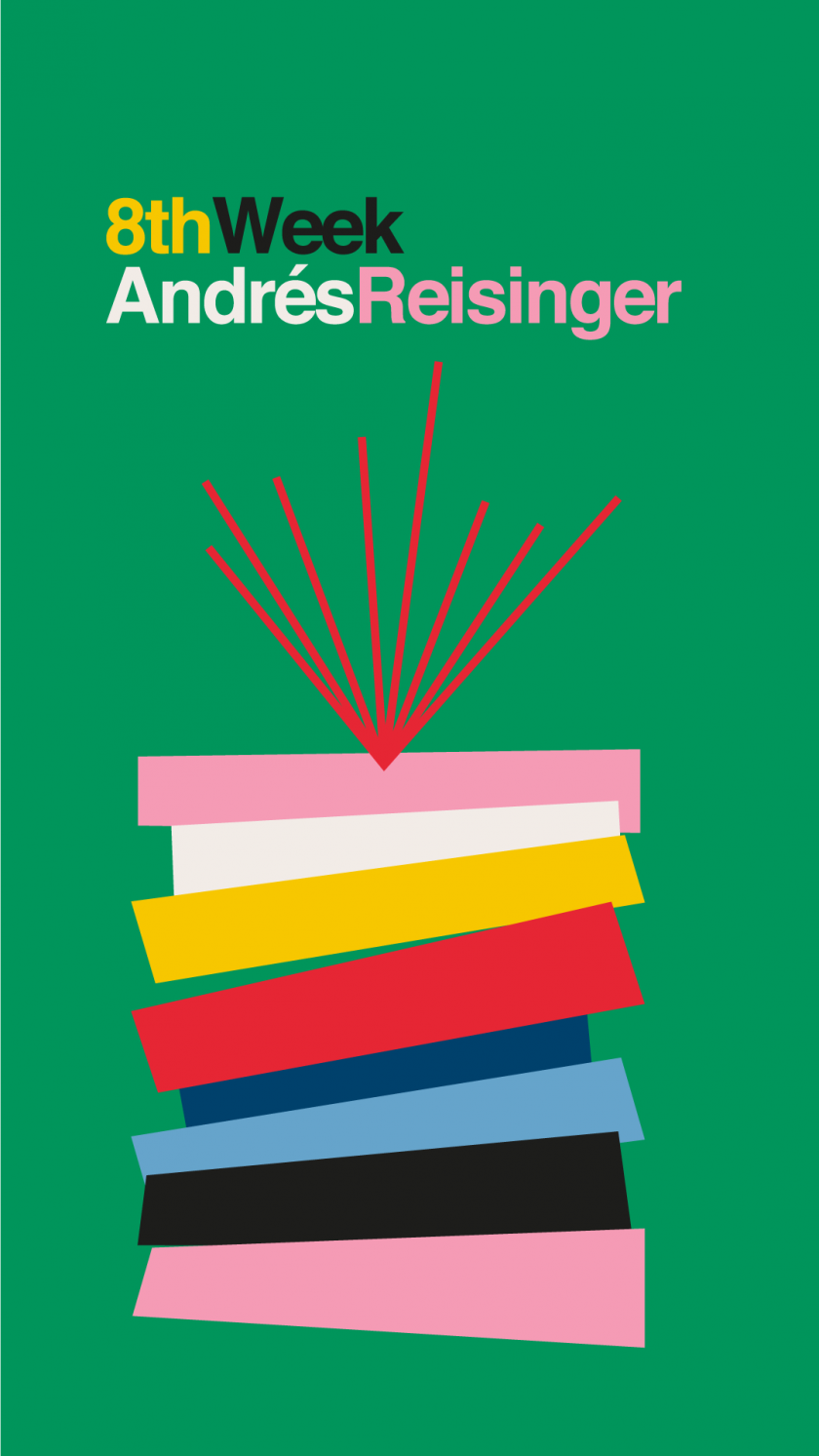 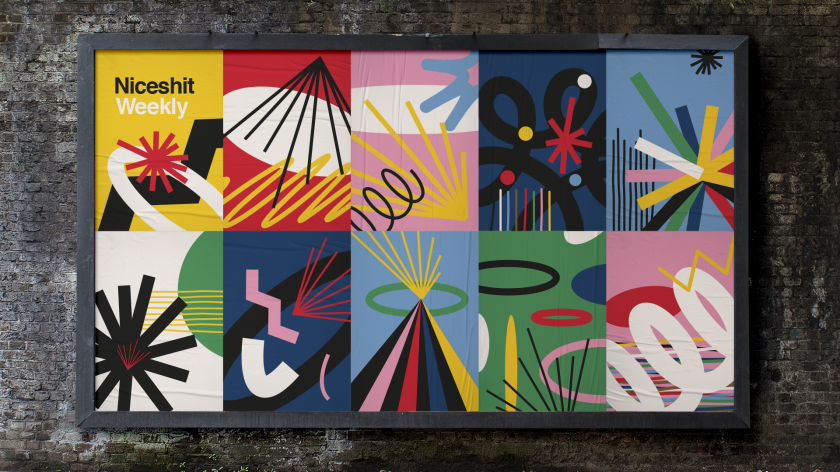