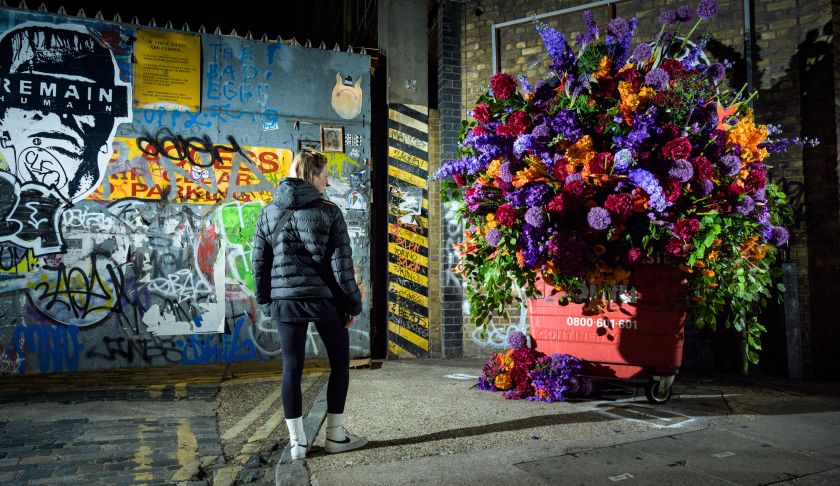 He’s known as the Botanical Banksy, famous for his “flash” floral artworks that seemingly spring up overnight. Now New York floral genius Lewis Miller has teamed up with UK artist Simon Lycett to bring ‘Flower Flashes’ to London’s streets for the first time.

It’s part of a campaign by Funny How Flowers Do That called We Need More Flowers, where it’s reported online sales of flowers nearly tripled during lockdown as we sought solace in nature.

The collaboration included three installations made up of 12,000 fresh flowers (from Covent Garden Flower Market) at Eros in Piccadilly Circus, two classic red phone boxes and an unassuming bin in Dray Walk, near Brick Lane. 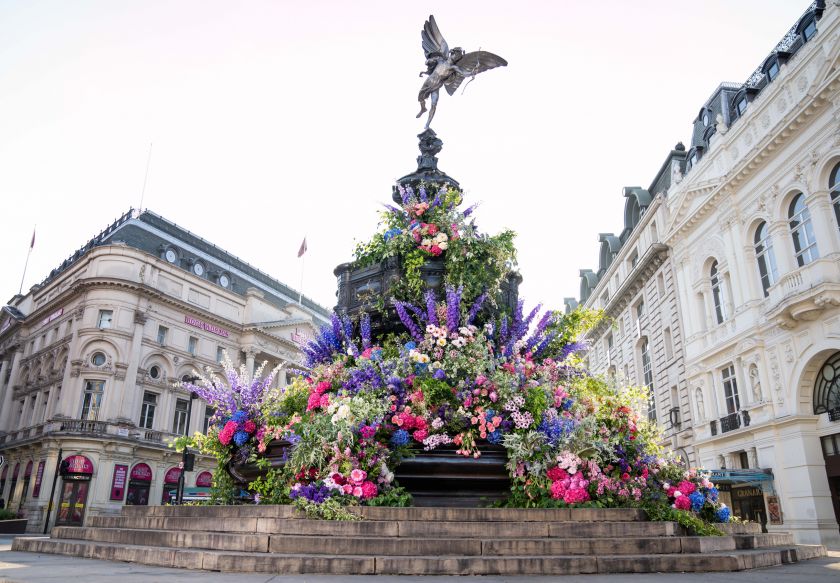 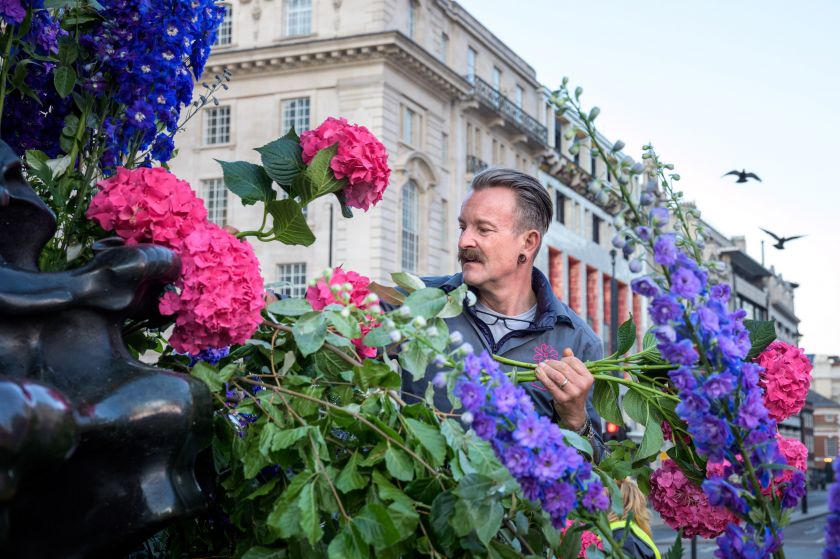 It apparently took six hours to create, using a summer palette of petals, and was something that no doubt brightened up London commuters’ mornings, as they were also encouraged to dismantle each ‘Flash’ by helping themselves to armfuls of blooms. On the day of reveal, all 12,000 peonies, sunflowers, roses, delphinium and Sweet Williams were taken by 5pm. 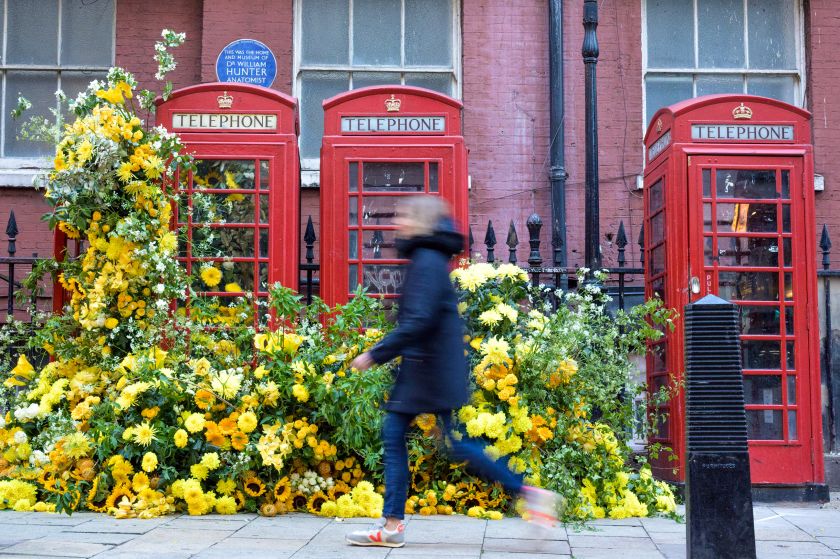 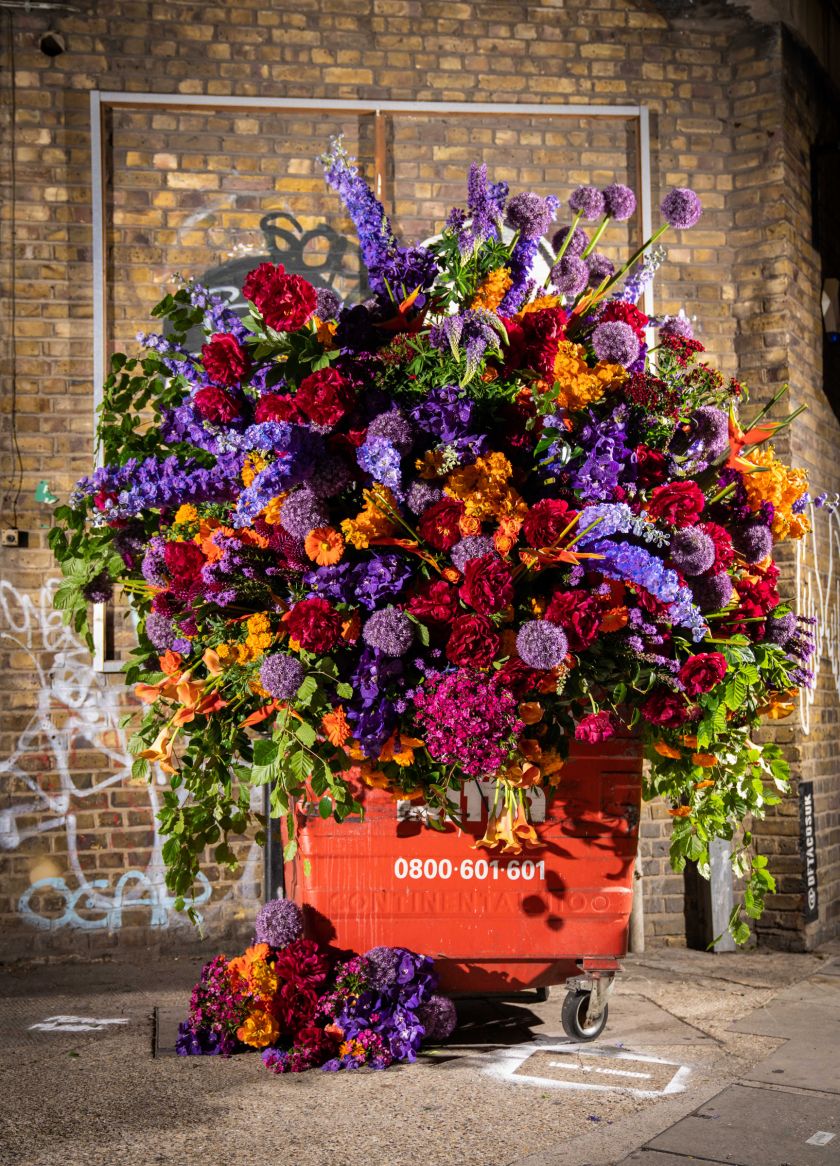 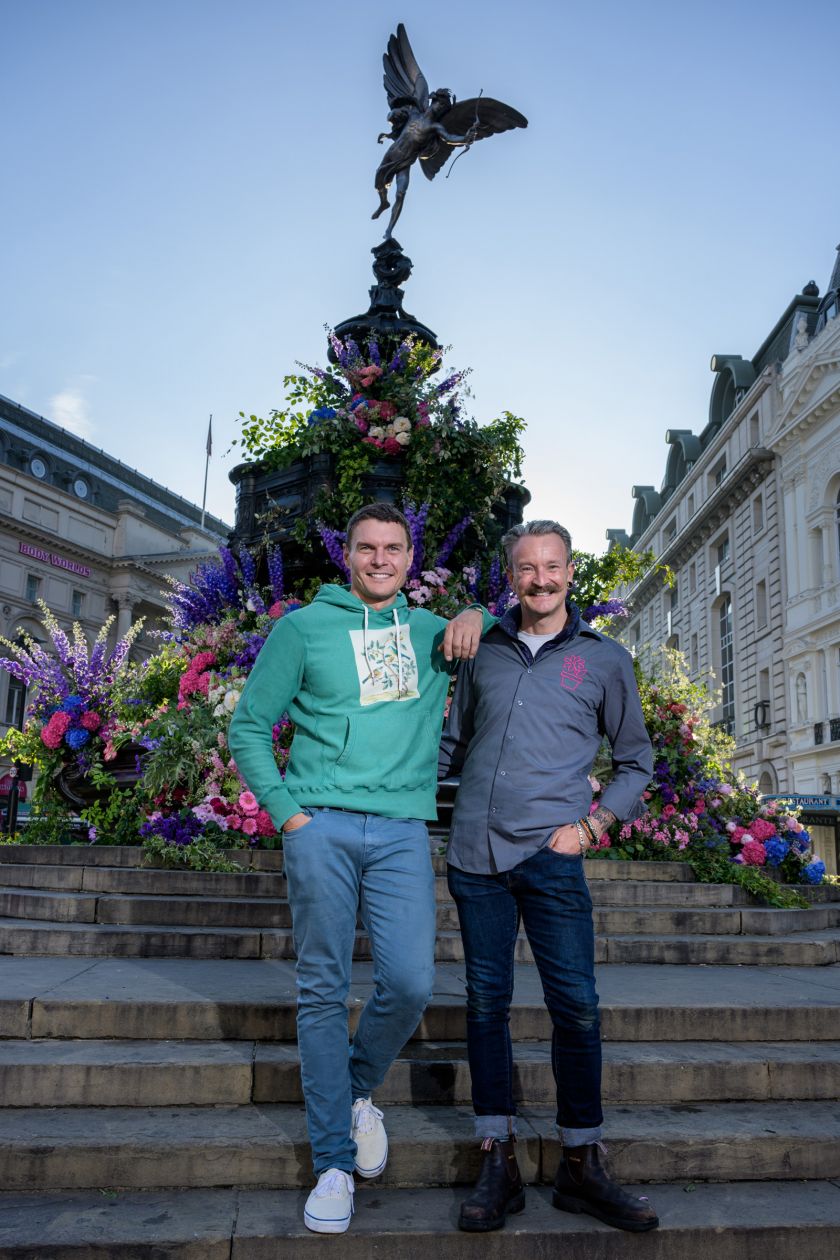 If you’re familiar with Miller’s New York installations, then you’ll know there’s no limit to his pop-up floral displays. They’ve appeared in taxi cabs, trash cans, building sites and hot dog stalls – all attracting worldwide attention and praise for transforming everyday parts of the city into interactive floral explosions of colour and life.

“This is the first time I’ve created Flower Flashes outside my beloved New York and it’s a fascinating social experiment to see how Londoners react to them,” says Lewis. “In New York people flock to take the flowers, will cultural stereotypes prevail and Londoners hang back and be more reserved? I started Flower Flashes back in 2016 with a very simple ambition; to create moments of natural beauty in unexpected parts of the city. Getting the opportunity to ‘flash’ such an iconic landmark as Eros is a career highlight; next stop Buckingham Palace!”