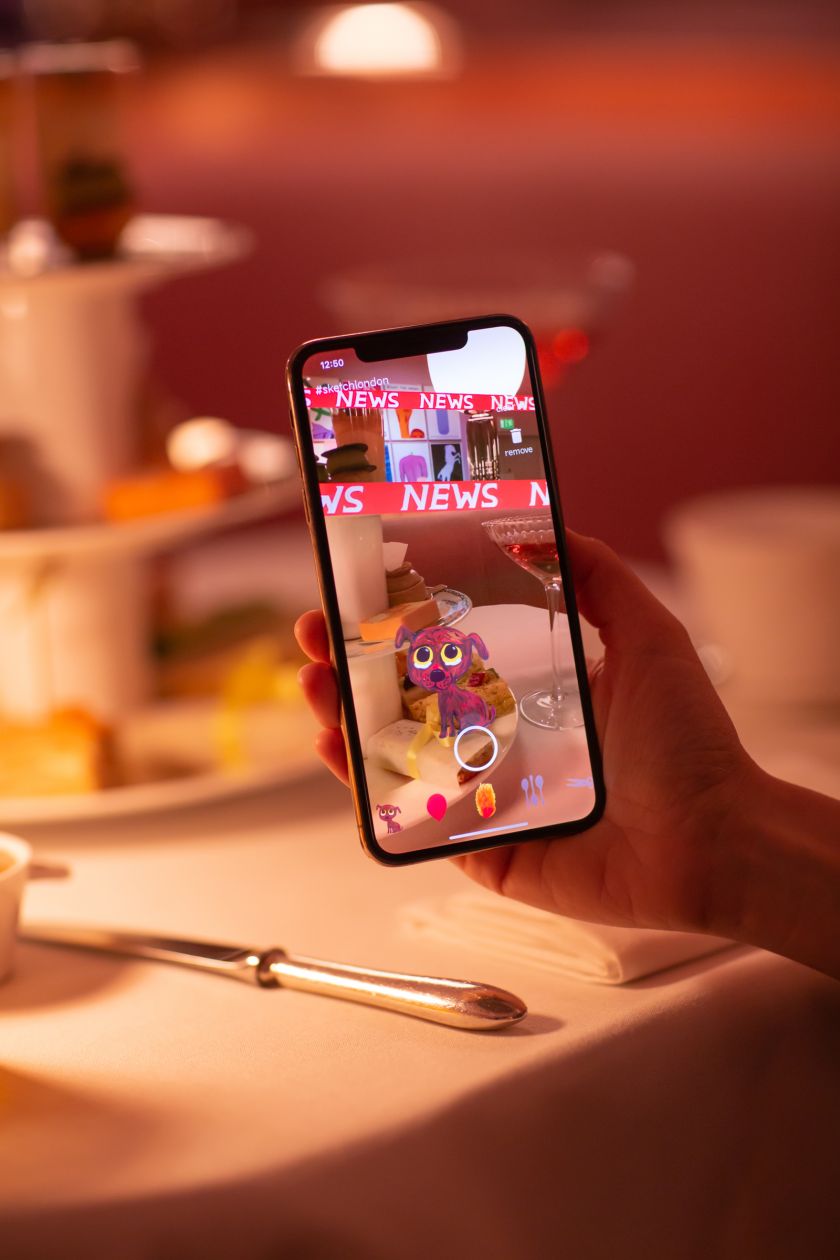 Swanky Mayfair restaurant Sketch – that of the much-Instagrammed egg toilets and pink tea room – has long worked with David Shrigley, displaying his distantly hilarious, frequently somehow bleak images across the walls of said tea-room and his, er, motivational messages on its crockery (‘IT’S NOT OK,’ reads the sugar bowl).

Now, the restaurant has worked with design studio HATO and Shrigley to launch a new app that uses AR to bring the Turner Prize-nominated artist’s work to life.

The free app brings the sense of immersion central to Sketch in its decor and ambience into a new realm, using R to allow diners to “create their own immersive playground” and “encourages you to get lost somewhere between the digital and the real world all while enjoying afternoon tea or an evening cocktail,” as HATO puts it.

The app takes elements of Shrigley’s artwork shown in The Gallery space in Sketch, which were animated by HATO into several different characters and motifs that users can place into their surroundings (not just in the restart itself, but anywhere they choose). Once users have placed these virtual stickers where they want, they take on a life of their own and animate and interact with the objects around them, using Real World 3D Tracking and Plane/Surface detection technologies.

The app also allows for video and photo creation that is downloadable and sharable on social media platforms. There are currently 15 animated stickers, including Shrigley’s tearful puppy, a spray can and a news banner.

According to Sketch, this is just the beginning when it comes to its explorations of the possibilities of digital to augment its space, and there will be further collaborations in that vein with HATO in future. The restaurant team was inspired to create the app “following conversations with Gen Z diners [usually defined as those between 1997 and the early-mid 2010s] who highlighted how AR could be used to create an interactive digital experience,” it says.

Mourad Mazouz, the founder of Sketch, adds: “We want the app to be an extension of the sketch world which engages diners in a creative new way.” The sketchApp is available to download on the Apple App Store now for use with iOS devices.

In 2018, HATO redesigned the Sketch website, creating a virtual version of the restaurant’s interior spaces, with a homepage based on 3D graph paper.

Each space within Sketch – the Lecture Room & Library, the Gallery, the Parlour, the Glade, and the East Bar & Pod – is assigned a 3D avatar that appears as a floating icon on the homepage. By clicking on these avatars, users enter the page dedicated to each space and can lose themselves in the interactivity offered there. Or, by clicking on a button in the right-hand corner of the browser, they can book a table online.

Users who choose to spend some time playing around on the site will find that each section reflects the spaces themselves: for instance, the section for the Gallery (the part of the restaurant that serves afternoon tea) lives digitally as a surreal game of food Tetris; the Parlour is only “lit” online if users create a neon sign with their cursor; and “verdant café restaurant and lounge bar,” The Glade, encourages us, naturally, to make a digital grass rug grow. (It’s best experienced to be believed.) 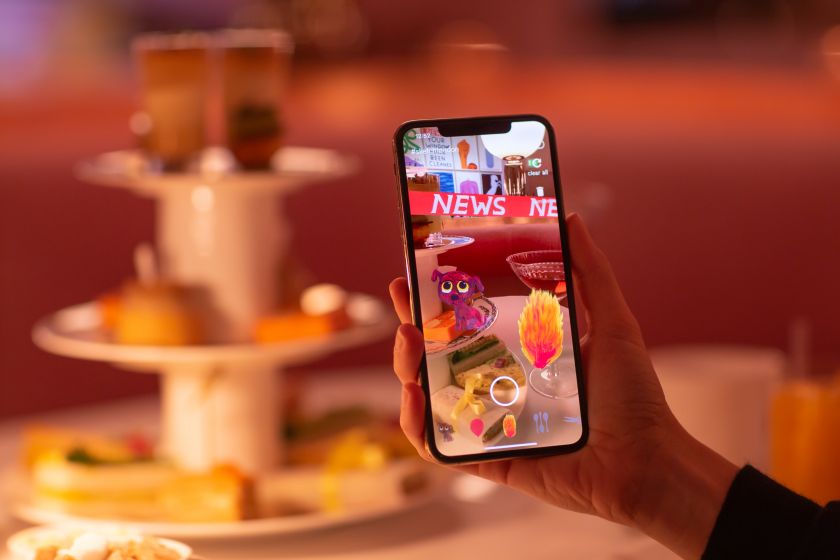