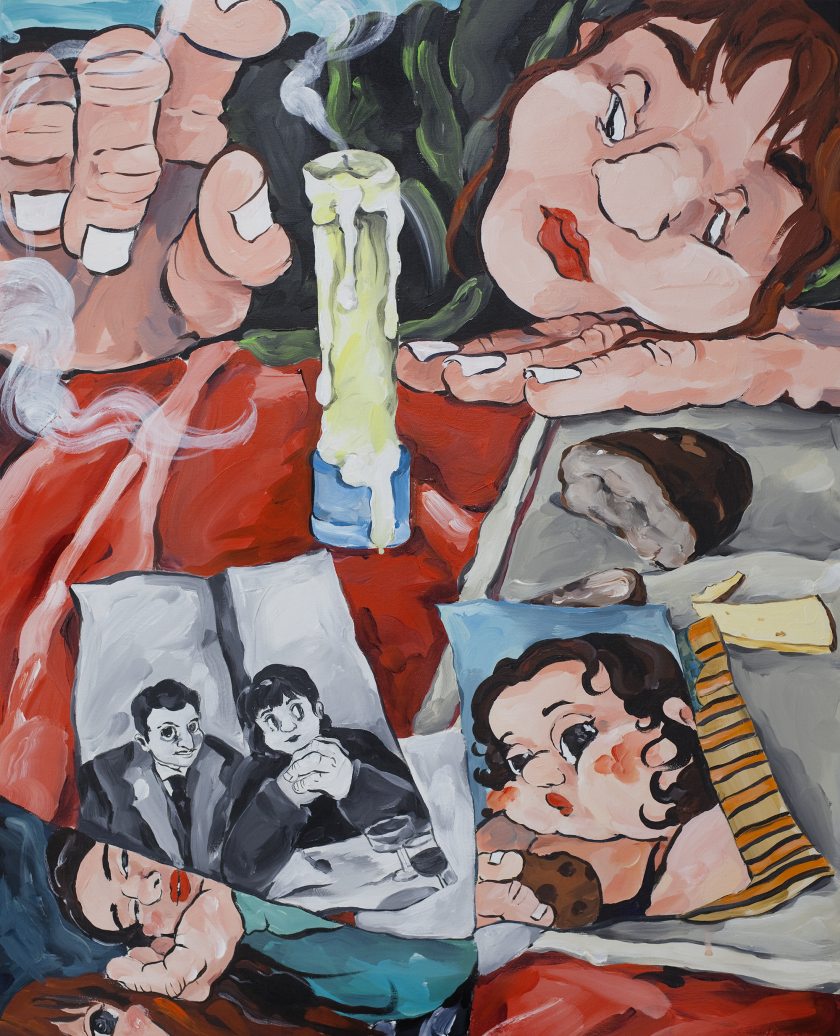 Full of unapologetically large figures, bursting with beautiful folds and curves of flesh, Cristina BanBan most recent paintings and works on paper turn to the renowned Spanish poet, Federico García Lorca, and his famous musings on waiting in isolation for his lover to write back.

Given the current crisis, the works inspired by Sonetos del Amor Oscuro (Sonnets of Dark Love) is something we can all relate to; the notion of madness and longing in the hope that we’ll be reunited with those we love again.

Reflecting on her own experiences of lockdown, BanBan’s latest paintings are quite the contrast from her debut show at 1969 Gallery in January 2019, which depicted the exciting, bustling landscape of New York City. These artworks are instead filled with nostalgia and memory, sharing stories from her hometown in Spain and her family as well as her new life in NYC where she is now based. For example, in El Prat De Llobregat, 2PM, the largest painting in the exhibition, we see her family eating and talking; one figure can be seen turning away with a remote control to watch TV, while a lone figure in vivid green, the artist’s grandfather, faces away from the viewer to have a siesta.

In contrast with the spirited mood of this family portrait, Homesick, a self-portrait, depicts the artist in isolation, surrounded by family photos. She watches a candle burn while reflecting on memories of home, much like “the flower that withers” in Lorca’s poem. It is a collage of time.

Meanwhile, most of her recent works on paper are portraits of lone figures confronting their inner feelings and emotional states. Angustia (trans. Anguish), a coloured pencil work on paper, depicts a woman crying with her hands in front of her face. This piece stands out among the others, as the rendering of the figure is gaunt compared to some of BanBan’s more exaggerated, plump figures.

In another piece, Juana, a figure stares at the viewer pensively, with her hands crossed, undoubtedly expressing grief, but representing anxiety in a calmer way, as if its context precedes that of Angustia.

You could say this series, Tigre y Paloma, tells an autobiographical story of BanBan’s relocation to New York City and how she now feels about her Spanish heritage during one of the biggest global pandemics of our lifetimes. On show at 1969 Gallery until 12 July 2020. 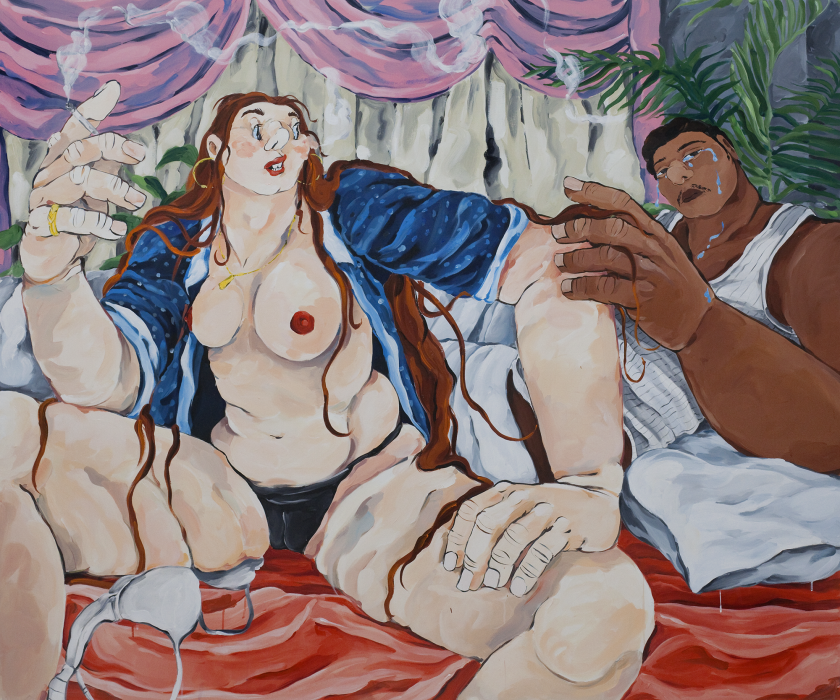 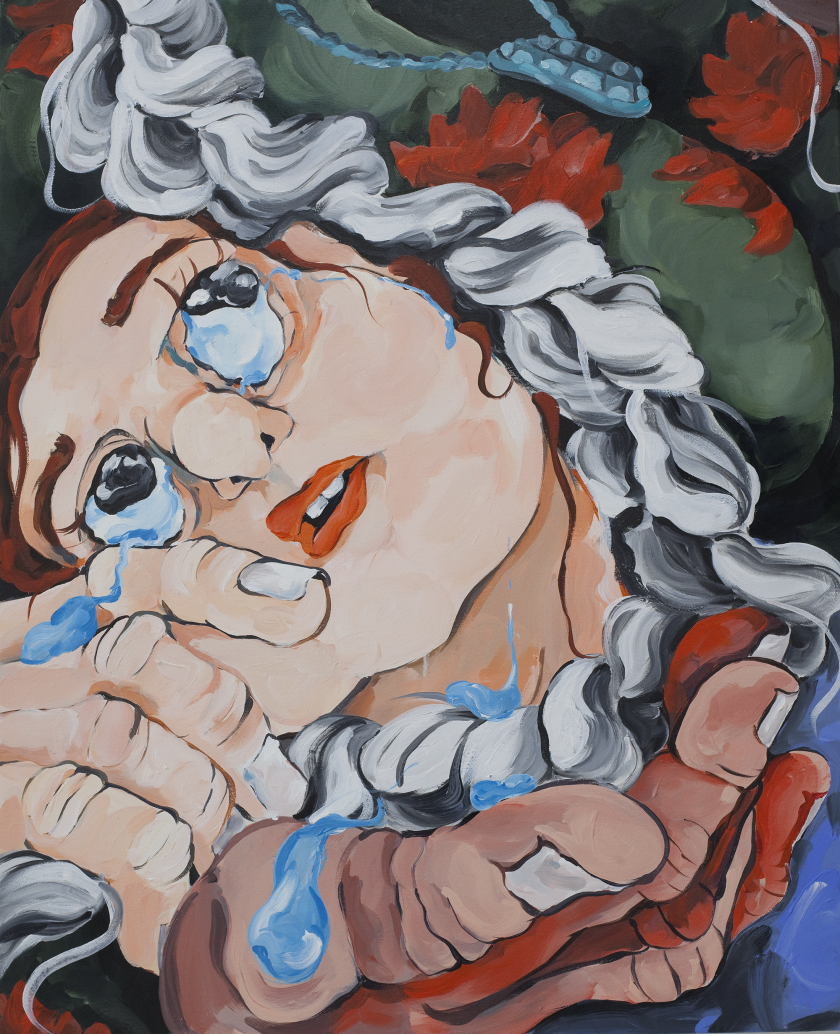 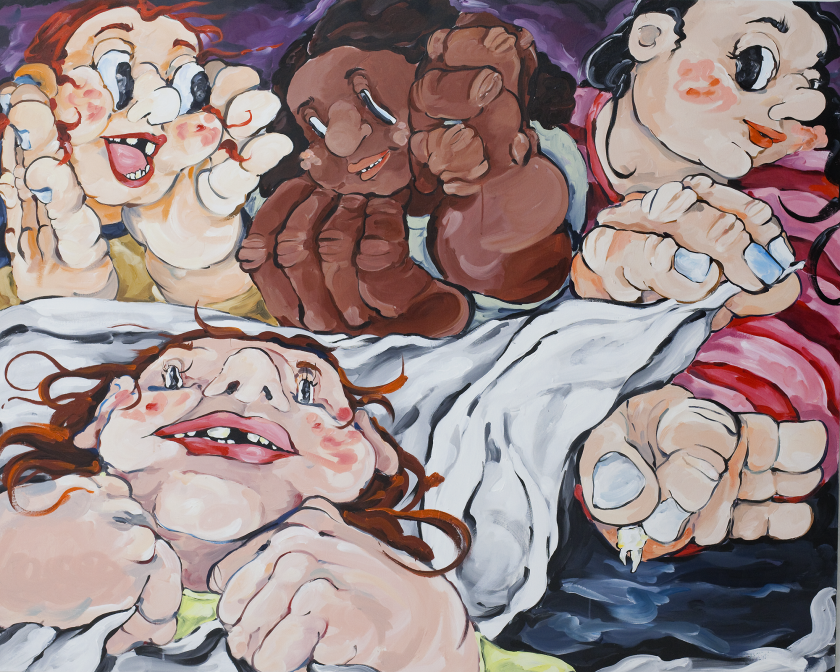 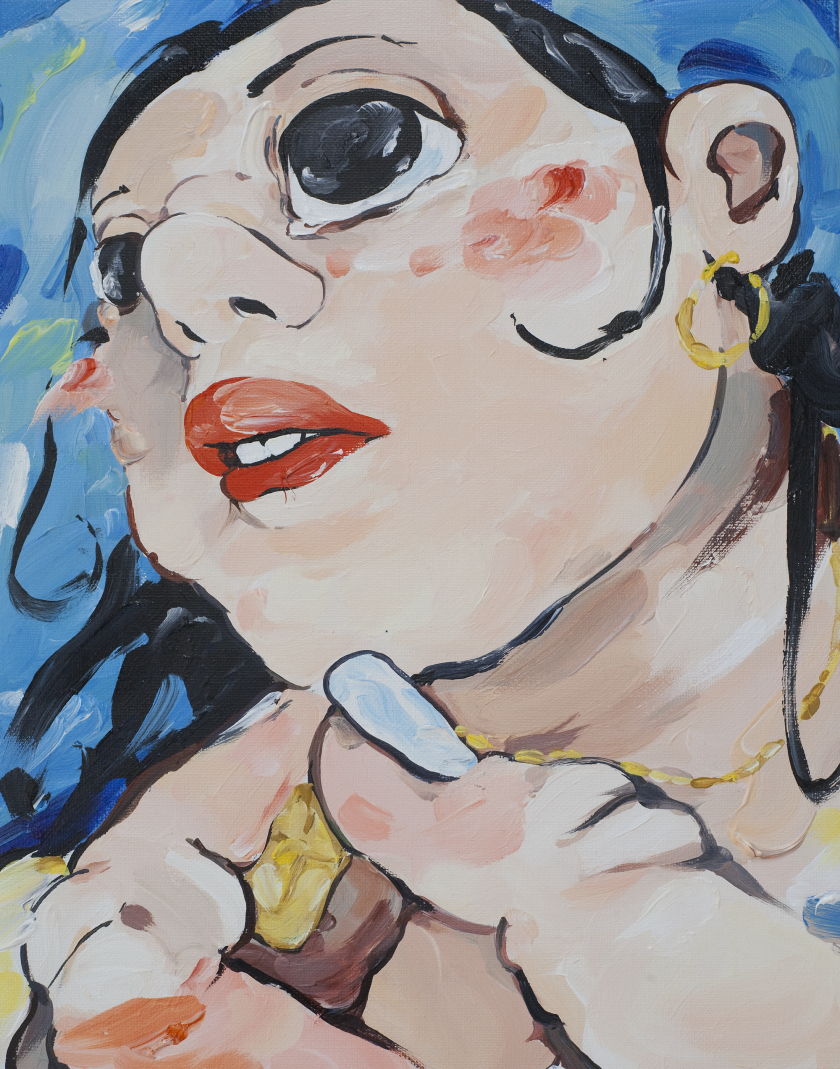 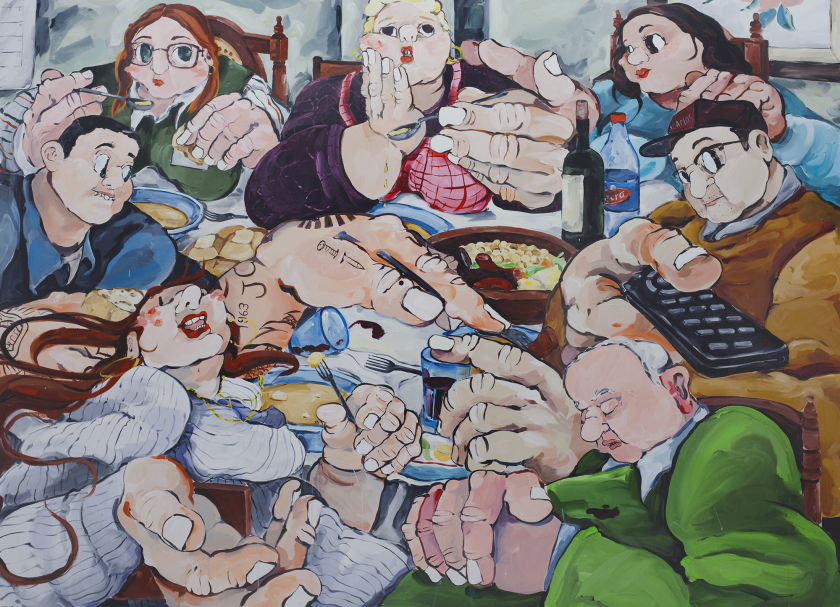 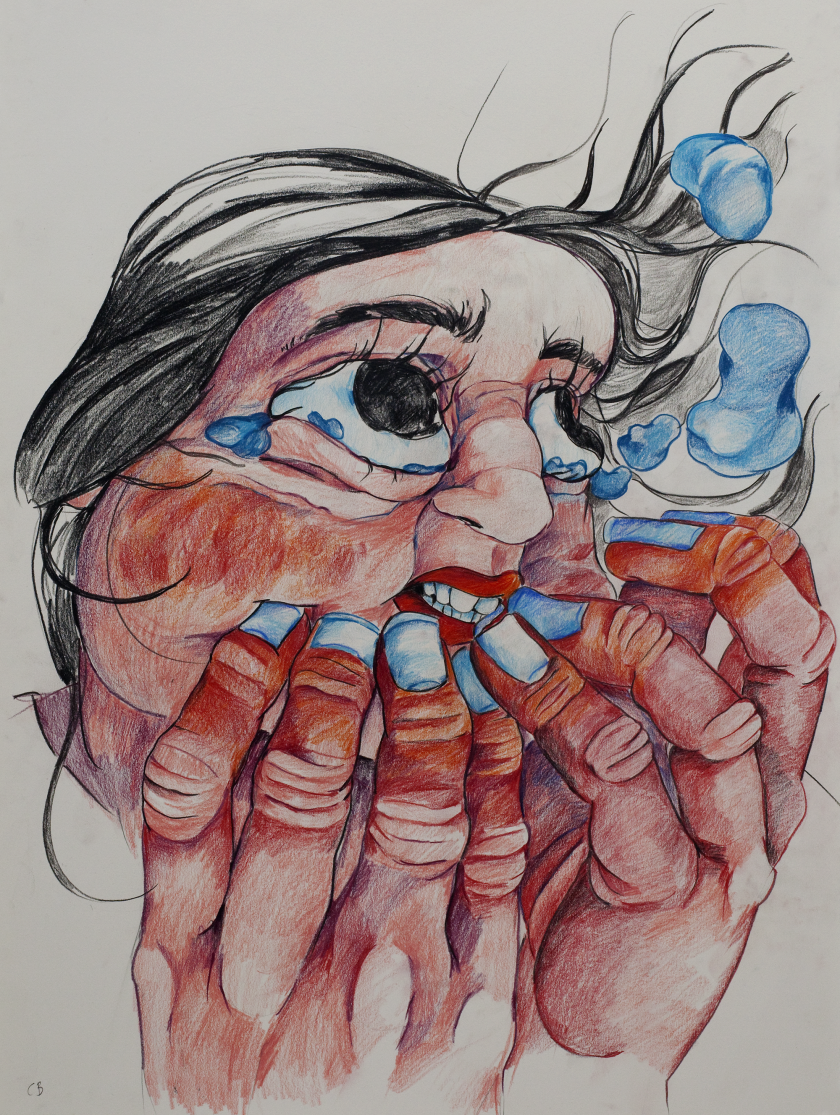 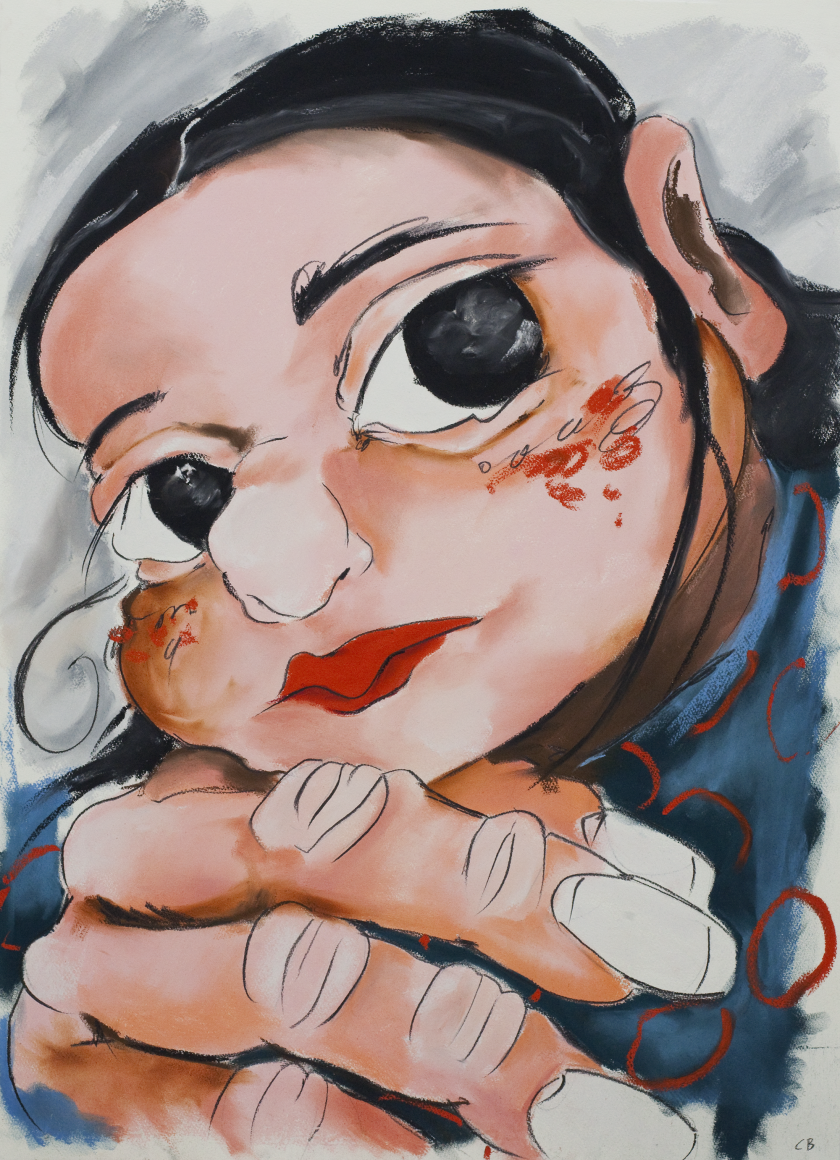 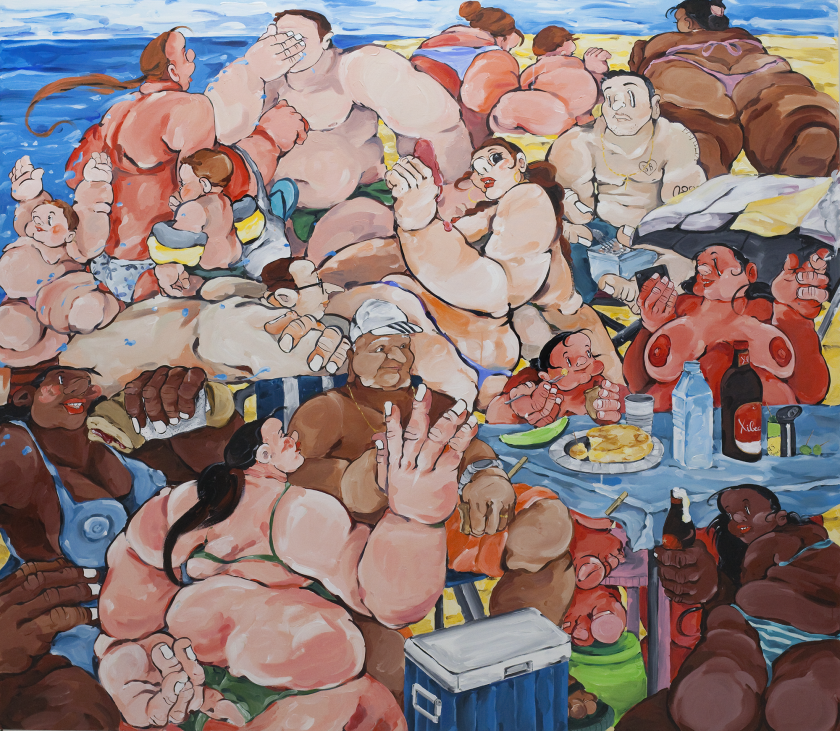