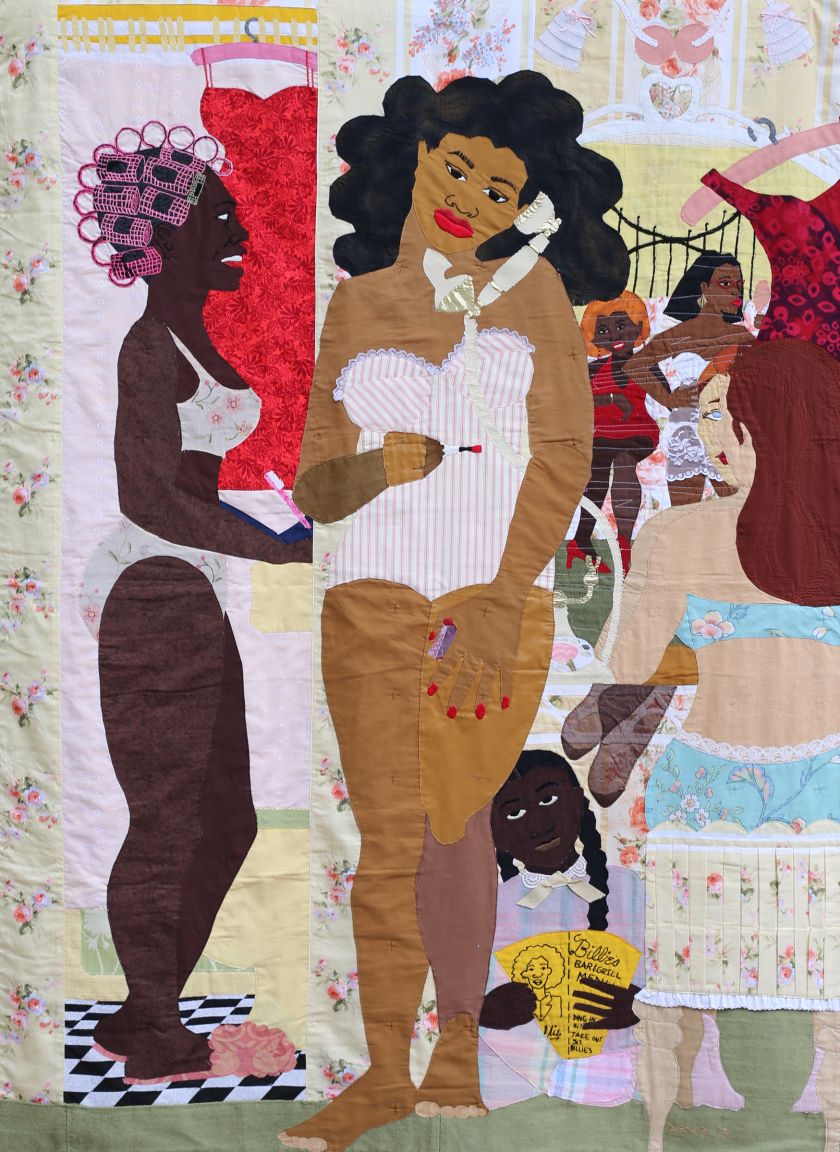 If you look closely at these powerful artworks by Dawn Williams Boyd, you’ll see that they are made entirely of fabric, a distinctive approach that she uses to cover themes of social commentary, women’s sexuality, children, and the black American experience.

The Atlanta-based artist has spent more than four decades crafting these ‘cloth paintings’, where she uses fabric as her paint, layered and stitched together to tell stories, share personal memories, and perhaps challenge the status quo.

You could say the tradition of quilting has its influence, something that writer and curator Sasha Bonét describes as the “historical practice of black immigration”. However, Boyd uses unexpected materials such as beads, sequins, cowry shells, laces, silk ribbons, and acrylic paints. “I prefer cloth painting to quilt because quilt has a specific connotation. Historically black women quilted less for decorative reasons, but economic and practical reasons,” explains Boyd. “I come from a long line of women who sewed, so fabric surrounds me.”

Boyd’s works are to go on show this month at New York’s Fort Gansevoort gallery. Entitled Cloth Paintings, the exhibition explores Boyd taking on American history, highlighting events too often forgotten or ignored. For instance, her series The Sins of the Fathers brings forward incidents of violence against black Americans that span from the Transatlantic Slave Trade through to the end of the twentieth century.

One such artwork is Waiting for Medgar, Jackson, MS 1963, which recalls the assassination of World War II veteran and prominent civil rights leader Medgar Evans by the professed white supremacist Byron De La Beckwith, who would only be brought to justice 30 years after his cold-blooded crime. Here, Boyd portrays Beckwith as he would have appeared in the moments before the murder, high-powered rifle in hand, standing menacingly in front of his distinctive white car while shaded by honeysuckle. “The sheer candour of Boyd’s imagery, and its suspension in time of the prelude to pre-meditated murder, highlights the fact that justice is still too rare for black Americans,” says the gallery.

The artist’s latest series, The Trump Era, focuses on themes of immigration, racism, xenophobia, and classicism – just as we approach one of the most anticipated presidential elections in American history. The artist applies a minimal approach in this series, for example, in The Trump Era: Puerto Rico 2019, the textile painting is almost entirely devoid of colour, in which a circular aperture frames a solemn woman carrying her young child and a candle. Upon closer inspection, you can detect a crowd in the darkness. “Boyd’s central figure thus becomes a symbol of conviction holding forth the light of hope for an unincorporated territory,” explains the gallery.

Cloth Paintings also features Boyd’s series Ladies Night, illustrating communal rituals in which black women partake to “heal personal and collective trauma”. Influenced by her own experiences, Boyd captures intimate scenes filled with motifs that suggest vulnerability and femininity. It’s as though Boyd invites us to witness “black joy” and “celebrate the moments in which black women shed the armour required to work against the restraints society has placed upon them.”

“Every time you turn the television on, you see another black man or woman killed in public. So why do I need to tell you about that?” she asks. “I’m interested in saying something about how to make it stop.”

Dawn Williams Boyd’s Cloth Paintings opens on 29 September at Fort Gansevoort in New York. “Boyd’s work emphasises the importance of cultivating honesty, knowledge, and strength within ourselves if we are to construct a path toward concrete change in American life,” adds the gallery. 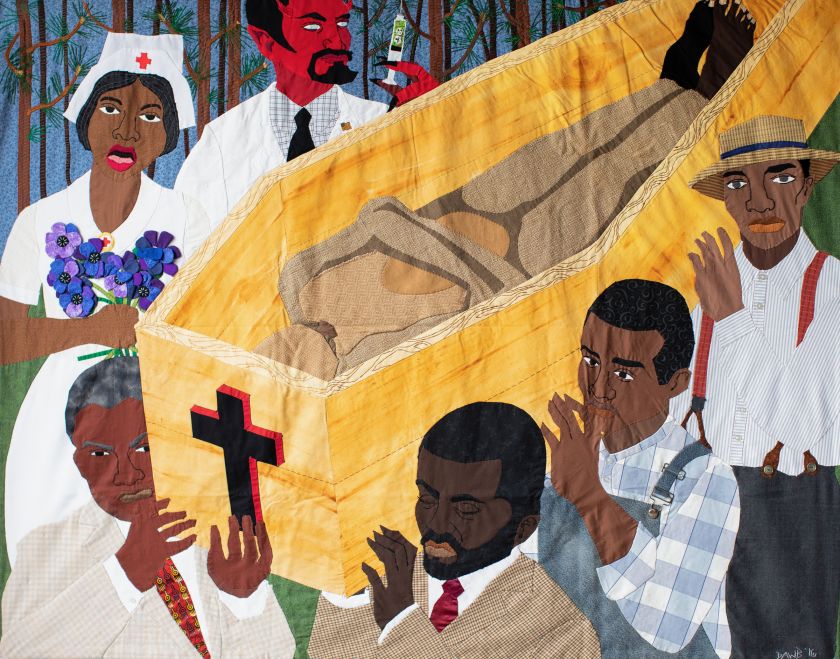 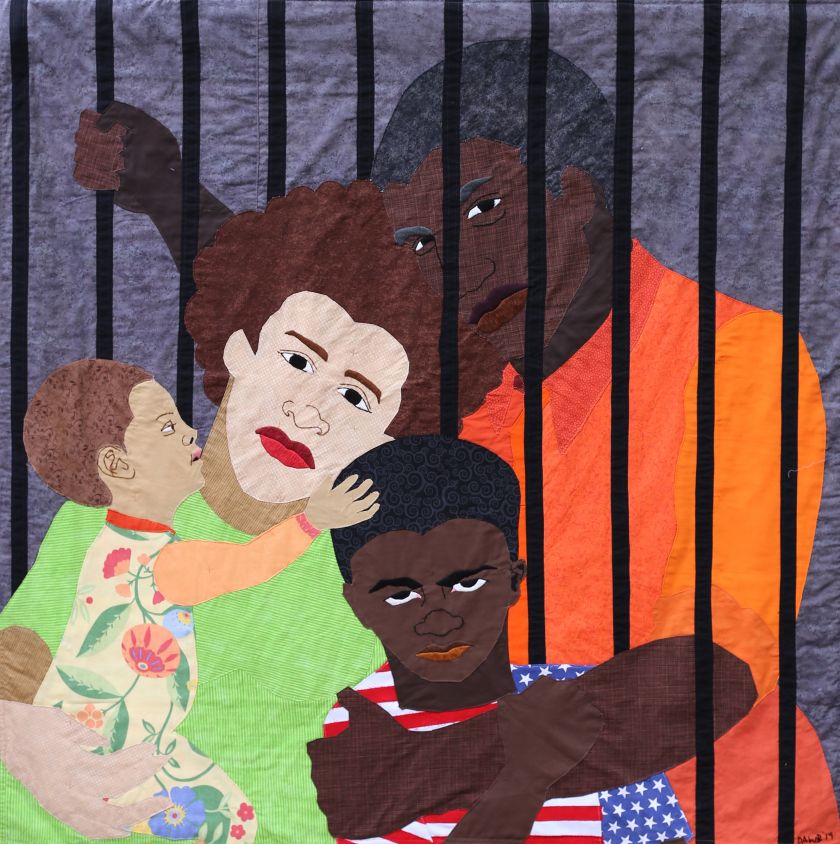 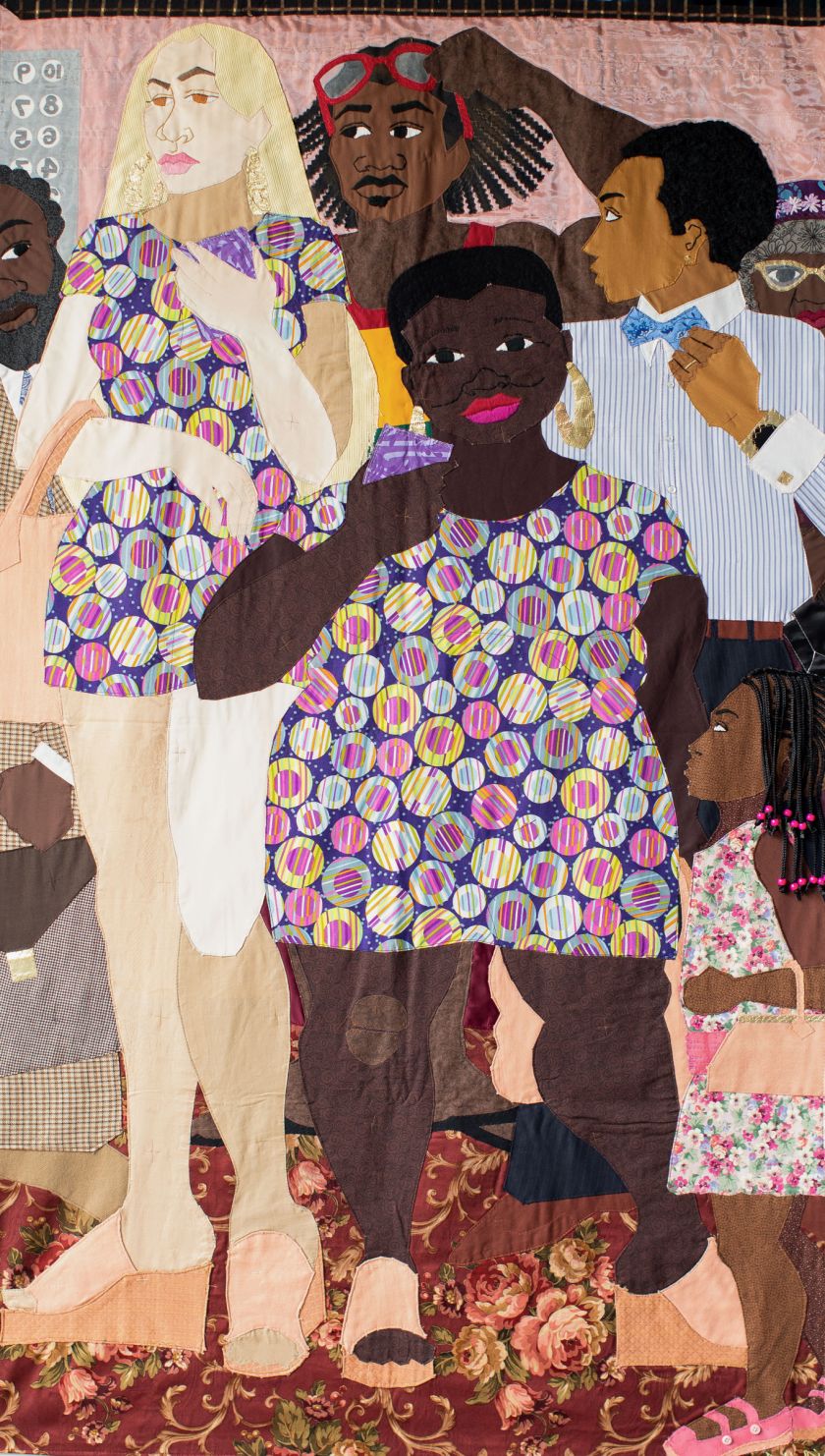 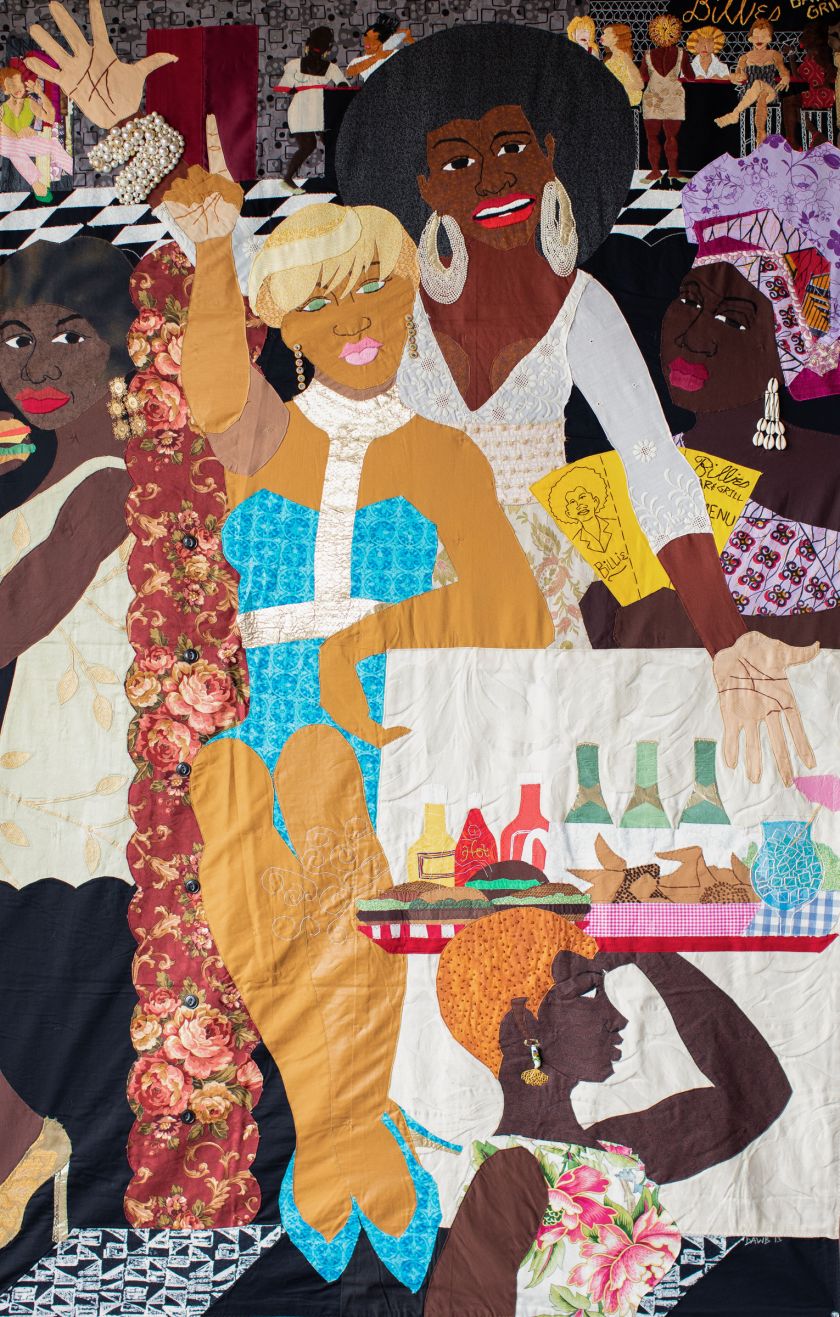 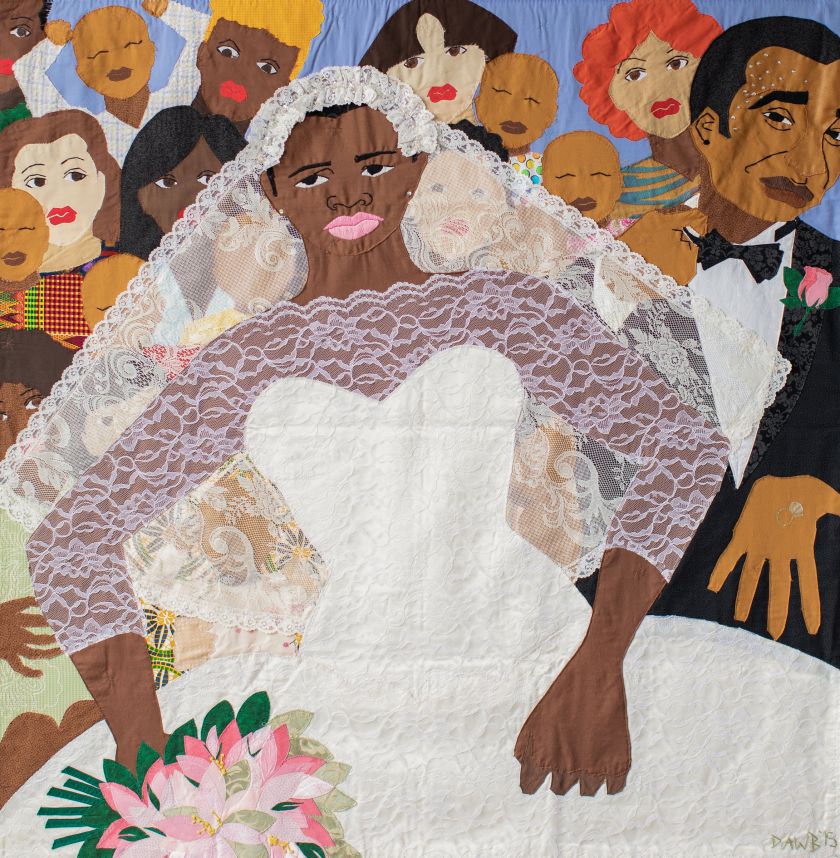 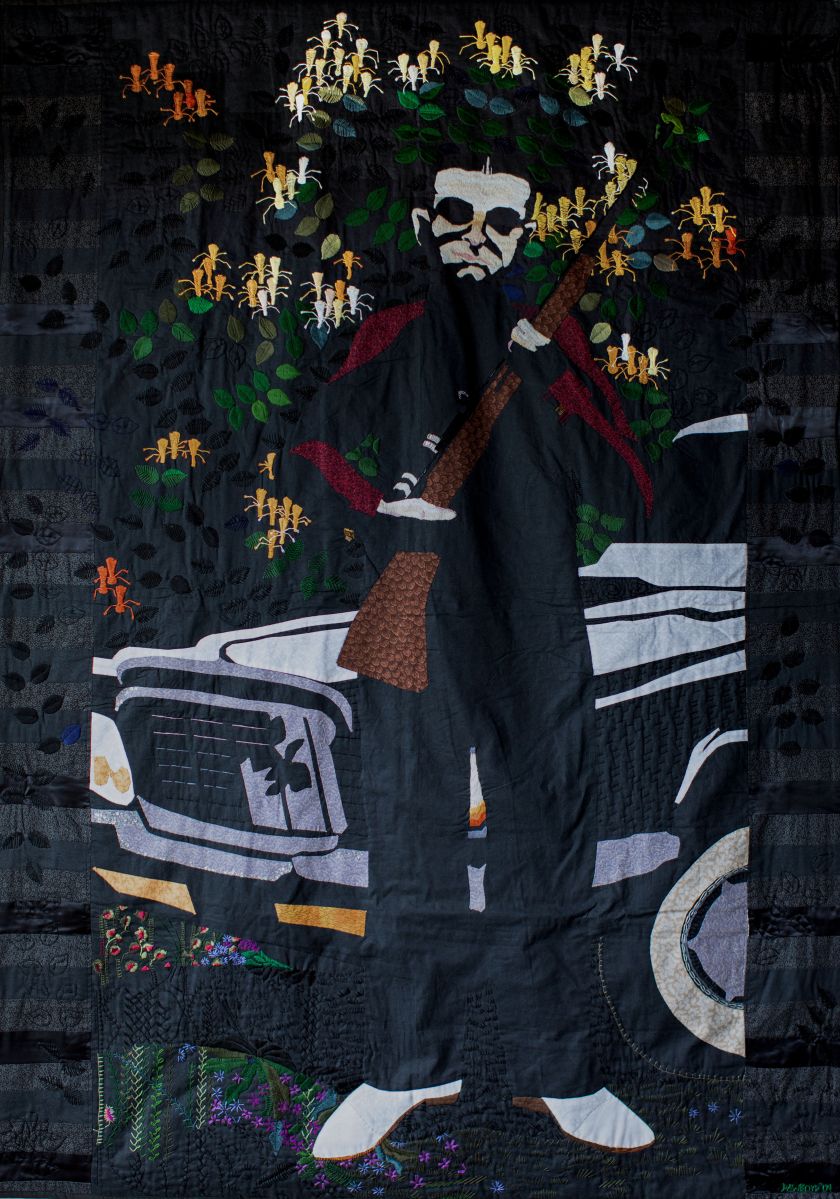 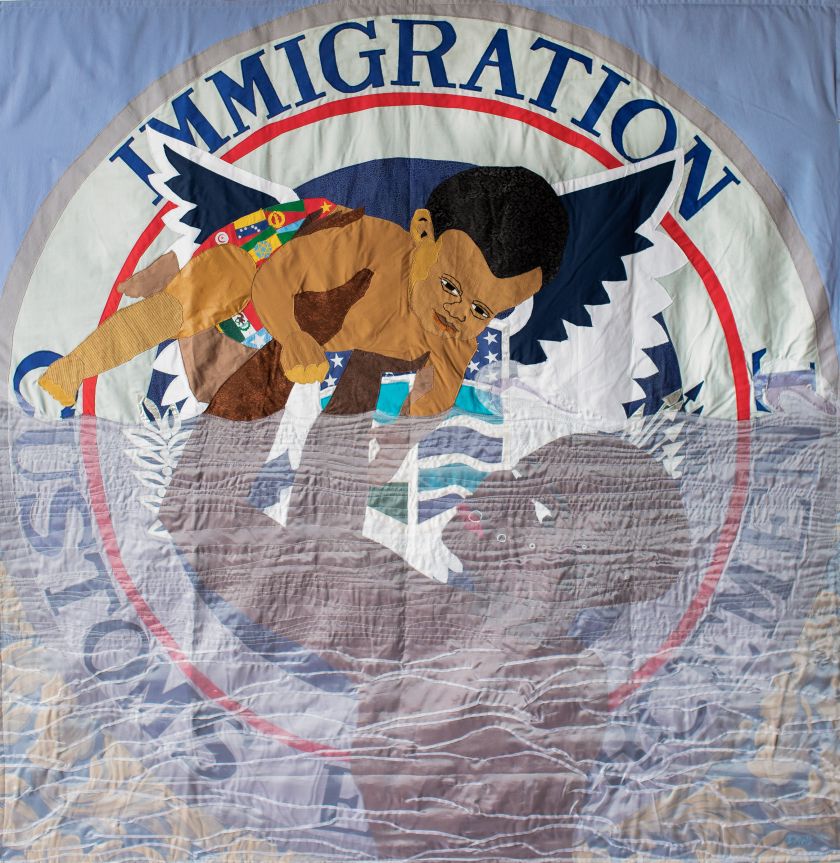