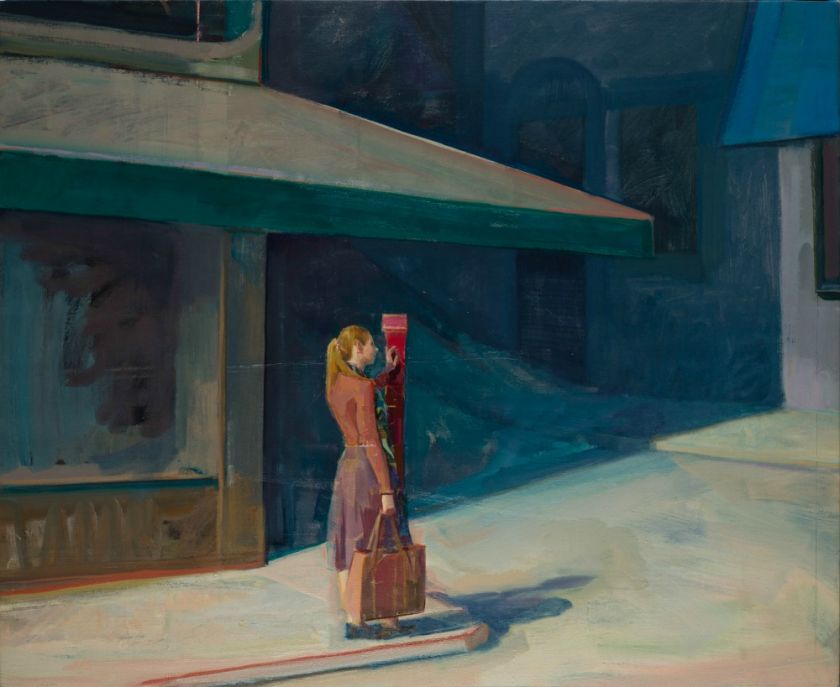 Long before Covid-19, San Francisco was seeing many of its inhabitants move elsewhere, a great migration that has supposedly been gathering force of late, and none more so than during the pandemic.

So it’s with great interest that we look at the latest oil paintings by Hiroshi Sato, which are on show at the city’s Marrow Gallery this month. With his usual geometric style, as though each canvas has been folded into various parts, the characters in this new series are often alone or show streets devoid of any human activity. There’s a definite Hopper influence here, as though we’ve been transported to the 1930s, although the paintings are inspired by current events.

Hiroshi describes his new series as an attempt at recording his impression of San Francisco today. “This dense city is rising in vacancy,” he says. “Blocks of buildings routinely bought out to be office spaces currently completely redundant, blocks are now voids for sidewalks to wrap around, and that sidewalk serving its purpose as a five-block line for the food bank just outside my studio. But the intense California light is still here.”

In The Visit, we see a couple socially distanced – the woman stood by a car, the man inside behind the wheel and an open passenger door. There’s a heavy feeling behind the painting, as though she is wrestling with her emotions. Are they arguing, perhaps? Is there a reluctance to go anywhere, given the current crisis? In Downhill Movers, Hiroshi gives us more of a feel of San Francisco and what Hiroshi says is becoming a daily occurrence – people packing up and moving elsewhere: “We all understand what change has happened and what change is happening in our daily lives,” he adds. 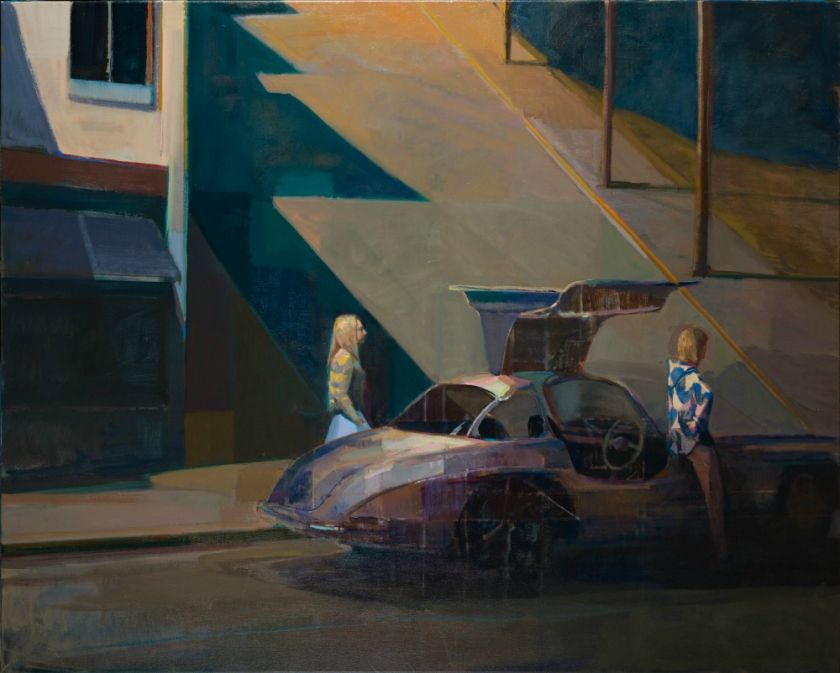 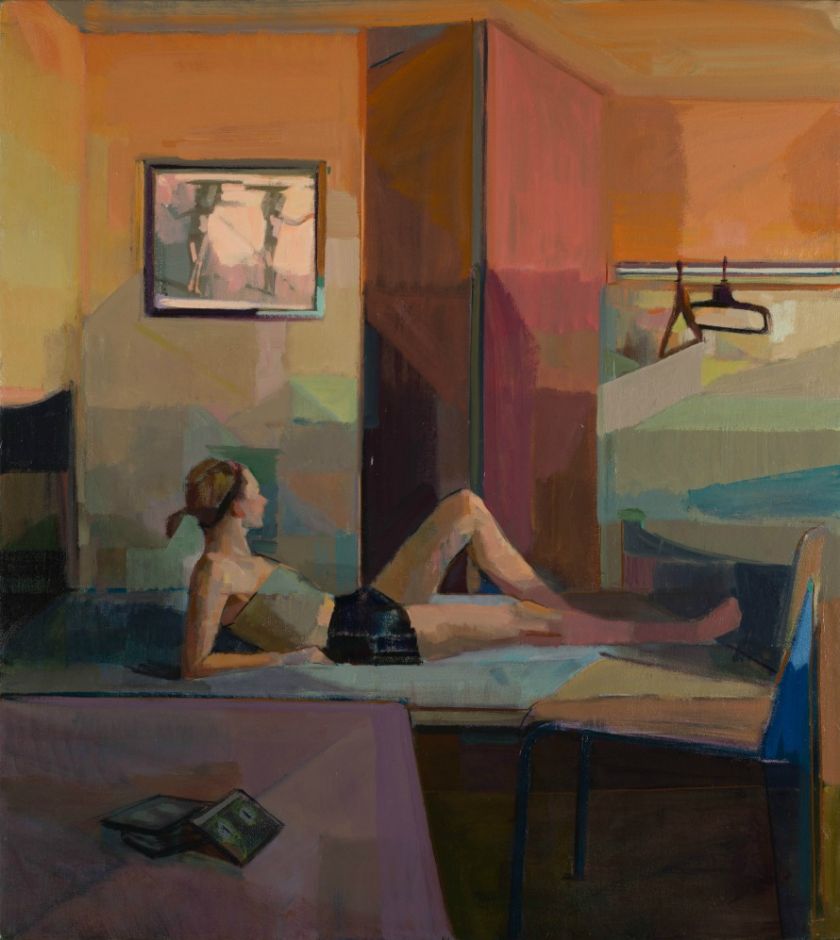 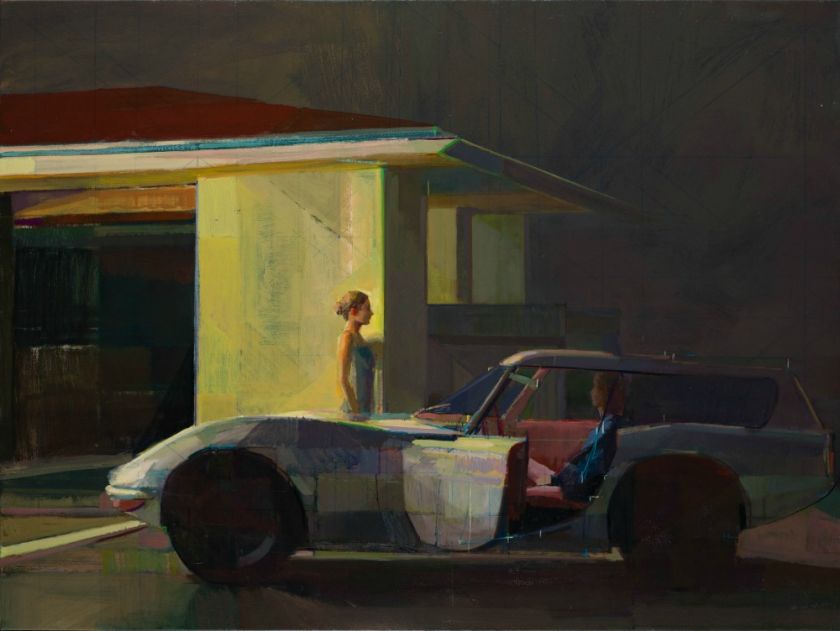 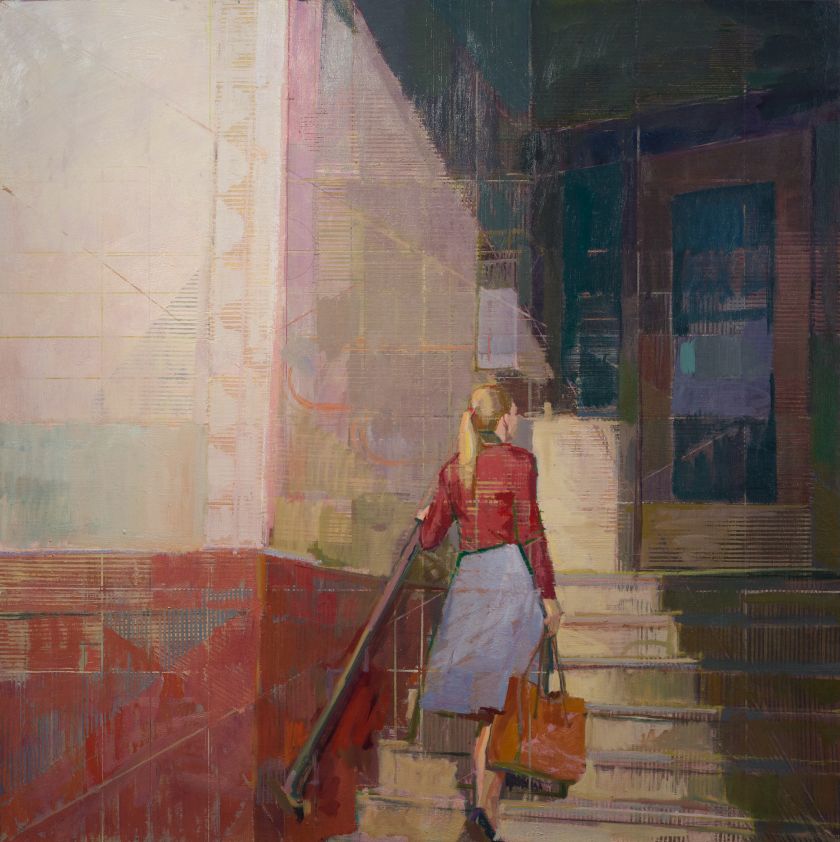