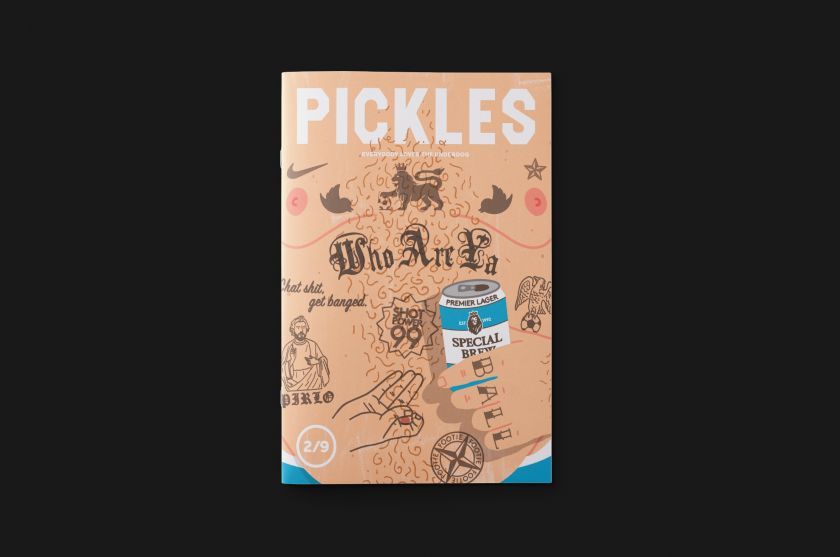 You might think that “thoughtfulness” and “football zine” are two things that don’t go together. But if that’s the case, you must be unaware of Pickles magazine.

Founded in 2011, it’s an indie football magazine that celebrates the best in football culture and shines a light on the most interesting stories, all with bucket loads of visual style. And the latest issue is no exception.

Issue 2/9 features a striking cover image by London illustrator Michael Parkin, one which reflects the circumstances of the issue’s creation. “We started working on this issue as a global pandemic was declared and football pulled up the drawbridge,” explains Pickles founder Ned Read. “It left us pondering the role football plays in our lives and the sense of identity it gives us. Instead of mindlessly chanting ‘who are ya?’ on the terraces, we decided to give it a bit more thought. So the latest issue of Pickles focuses on football and politics and why they don’t mix but maybe they should.”

The issue covers a range of talking points, “from Antonio Conte’s reign at InterMilan and past allegiance to Juventus, to the game’s ongoing failure to address the issue of racism,” he adds. “We take a closer look at the football scene in the South West of England and Ian McMillan, the Bard of Barnsley remembers a time when we could aimlessly stare out of a train window, in an original poem for Pickles.”

As always, the zine has enlisted some top-class illustrators including Chester Holme, Laurie Avon and Raj Dhunna for the issue, which is on sale now here. 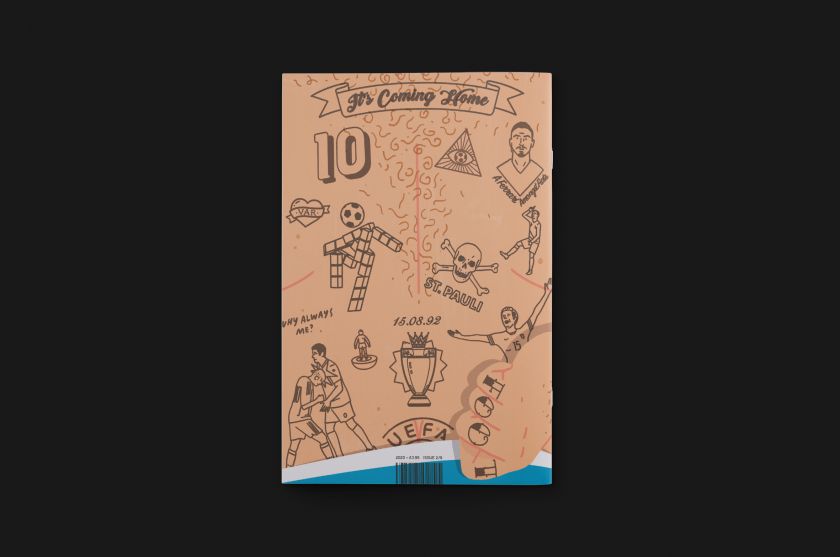 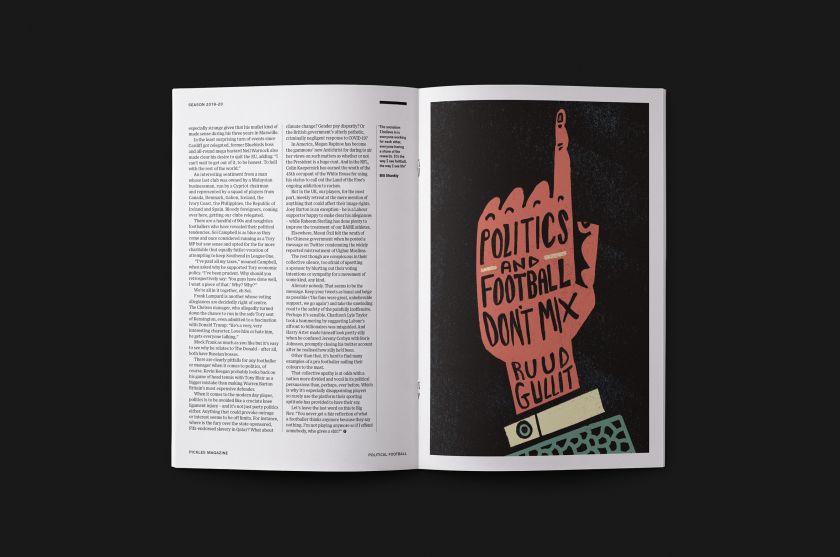 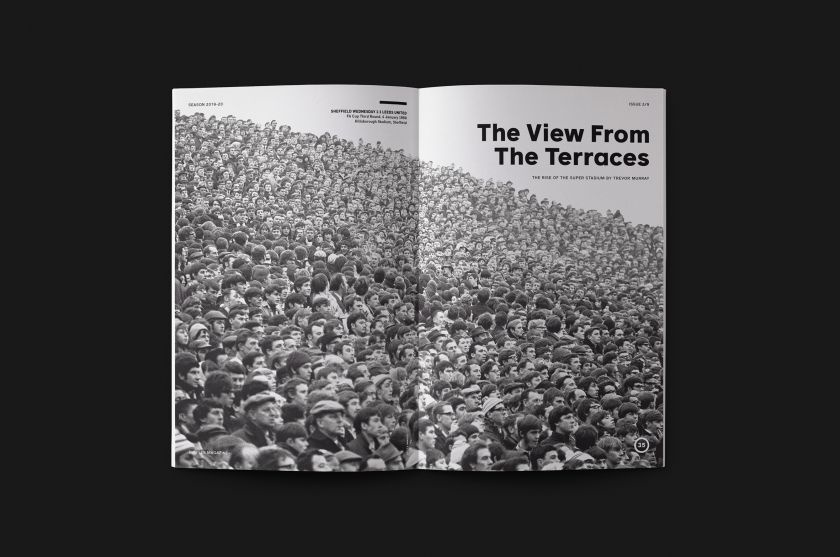 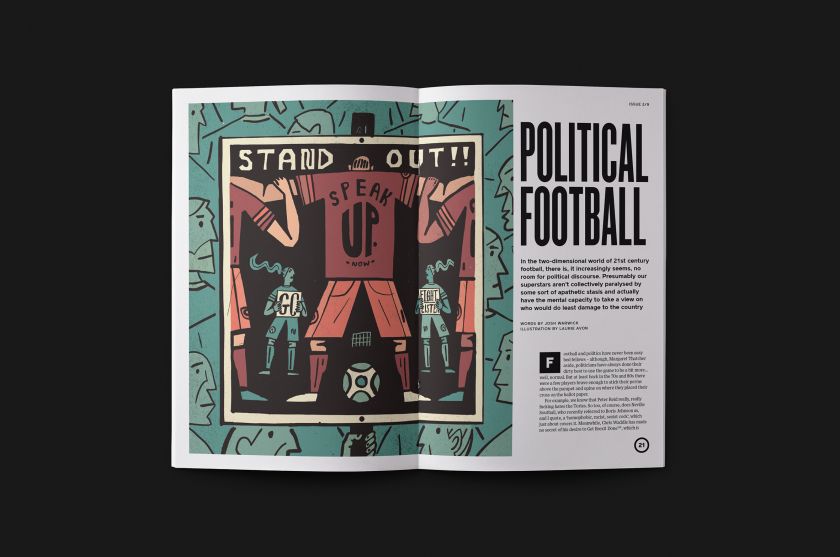 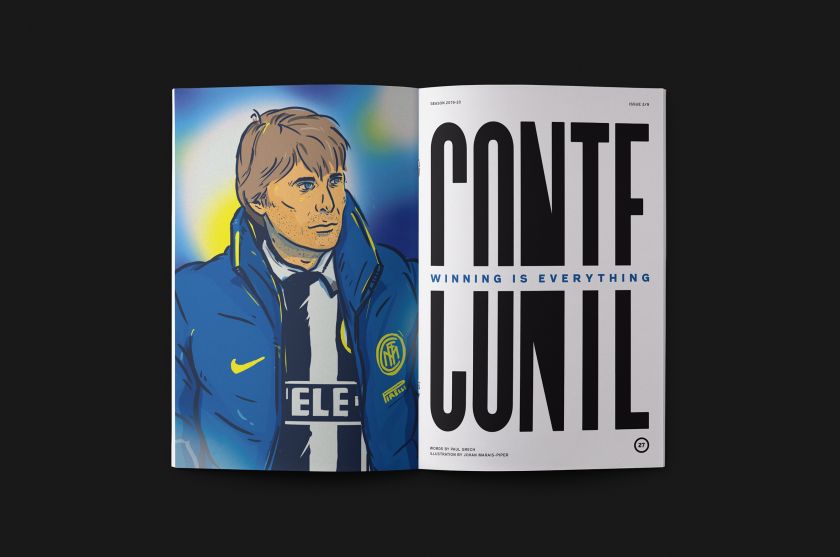 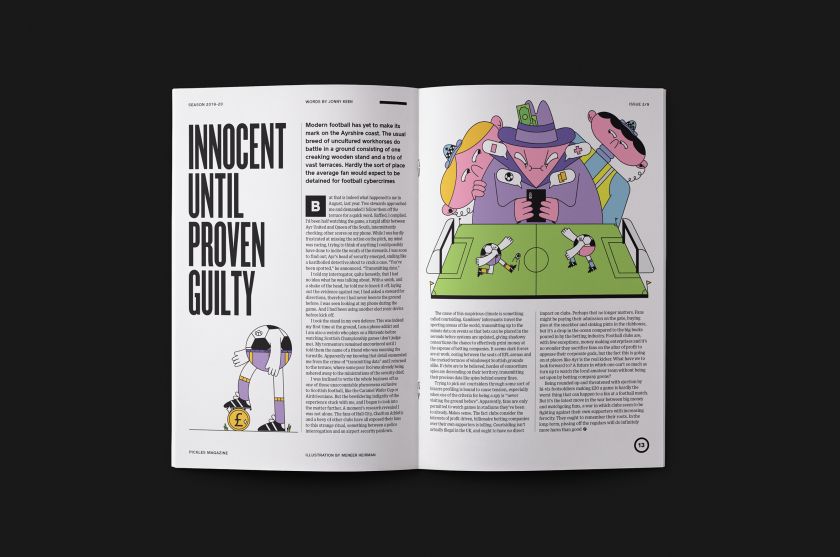 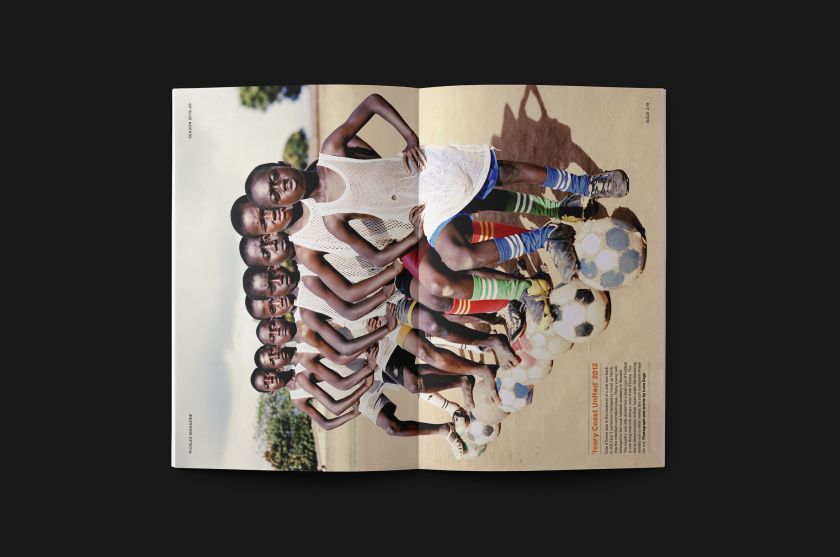 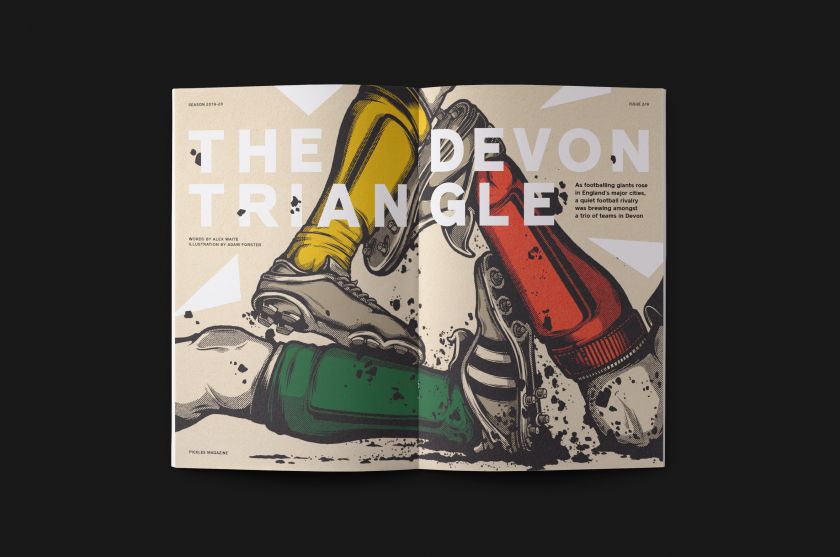 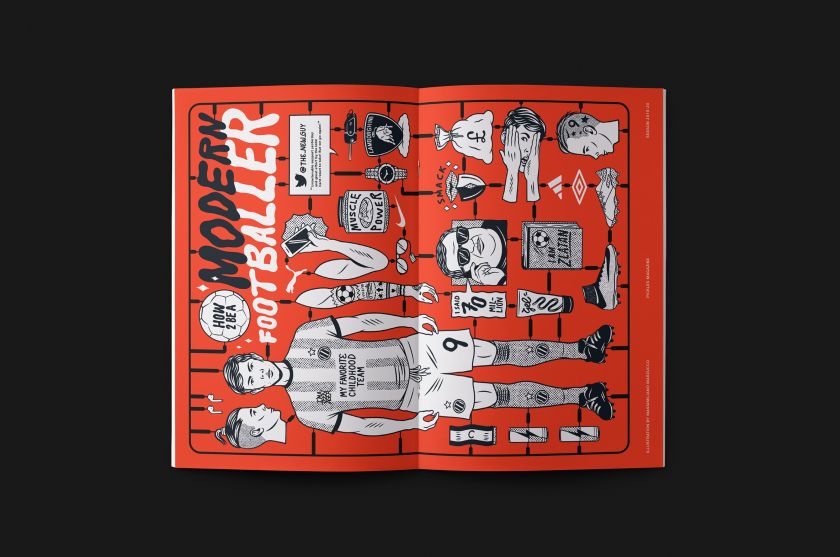 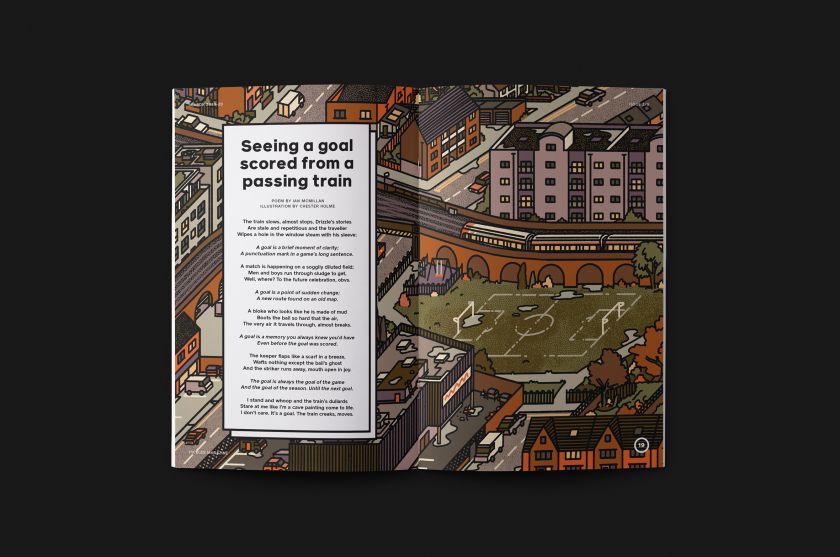 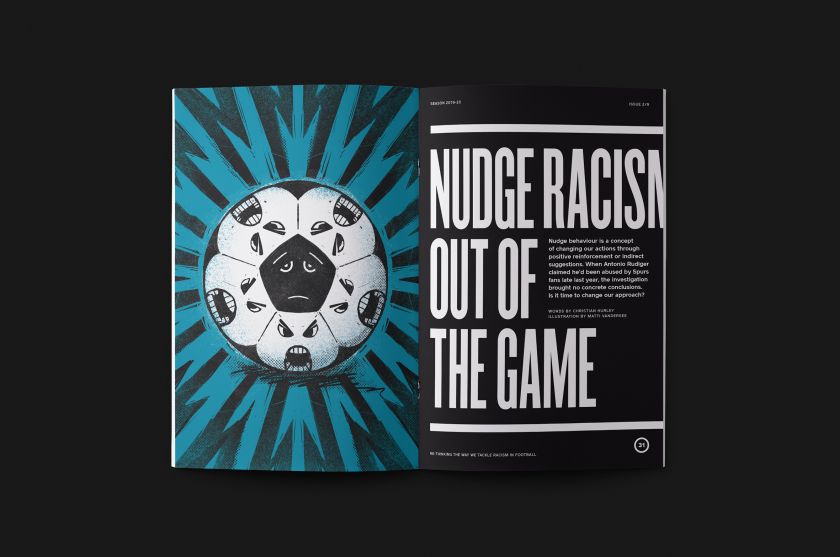