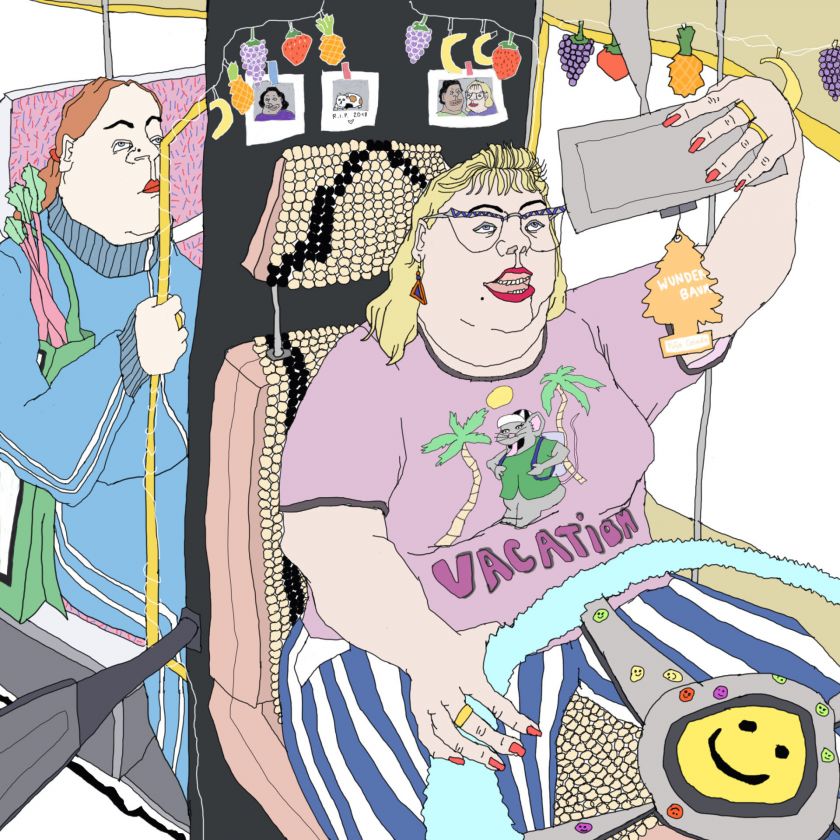 Johanna Ploch is a young artist from Hamburg, whose work moves between digital moving image and art and illustration. She’s known for her light-hearted and charming style, which finds irony, entertainment and humour in the mundanity of modern life, without ever indulging in negativity or cynicism.

Her characters are full of life and colour, and while they may not be traditionally stylish or attractive, it’s clear she has a lot of affection for them. “I mainly deal with characters and situations,” Ploch tells Creative Boom. “I have a rather chaotic, expressive line that is characteristic of me. I like flashy, colourful combinations and intrusive personalities. I get to the heart of things with a lot of irony and humour.”

It’s this cheekiness that gives Ploch’s work an appealingly rough edge. “I love everything that is imperfect and beyond the norm and I support all kinds of self-acceptance,” she adds. “And things that are not perfect for most people can sometimes be odd, but that’s always a matter of observation and I like to leave that open to the viewer. In my illustrations, the characters always stand to themselves, even if they are quirky. And that gives me joy. I also find that people can be very gross when they feel unobserved.” 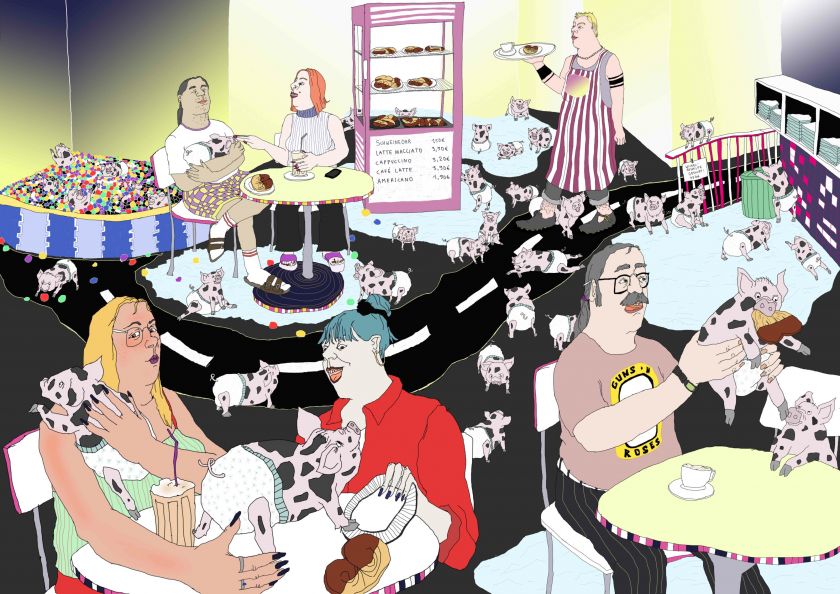 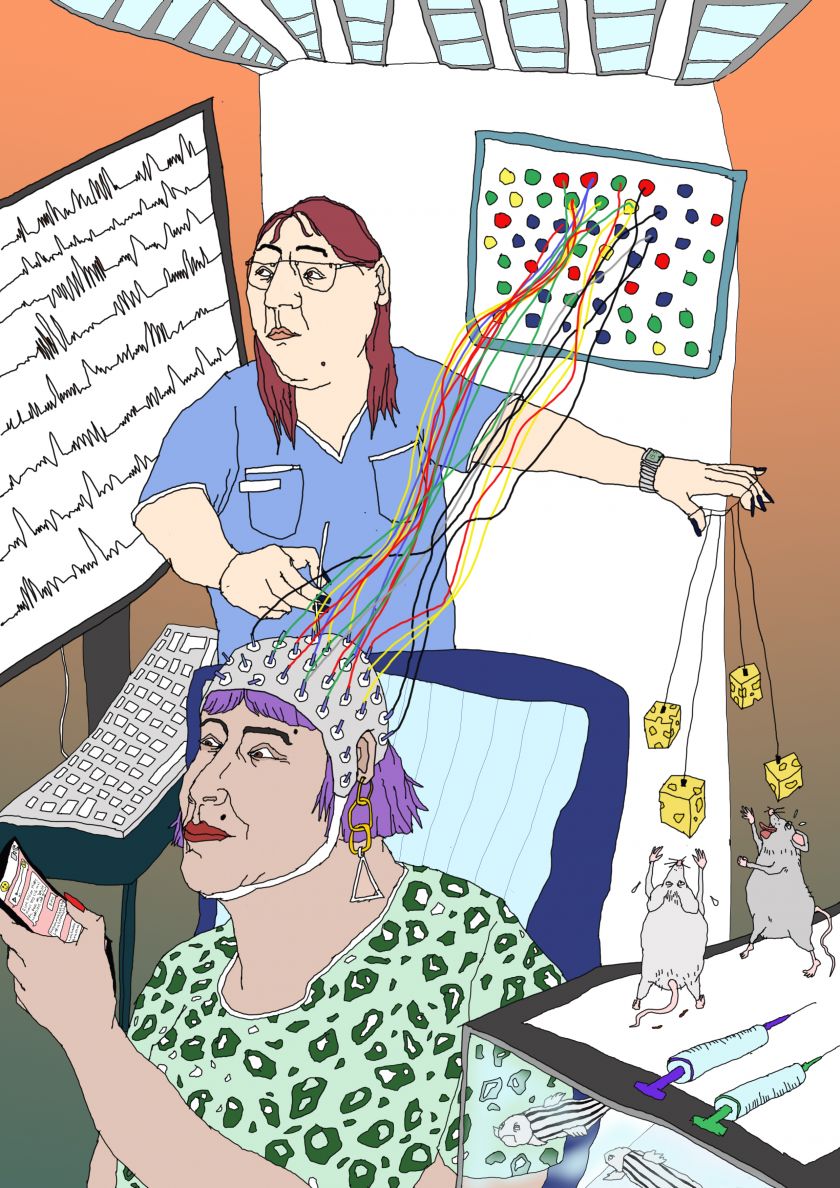 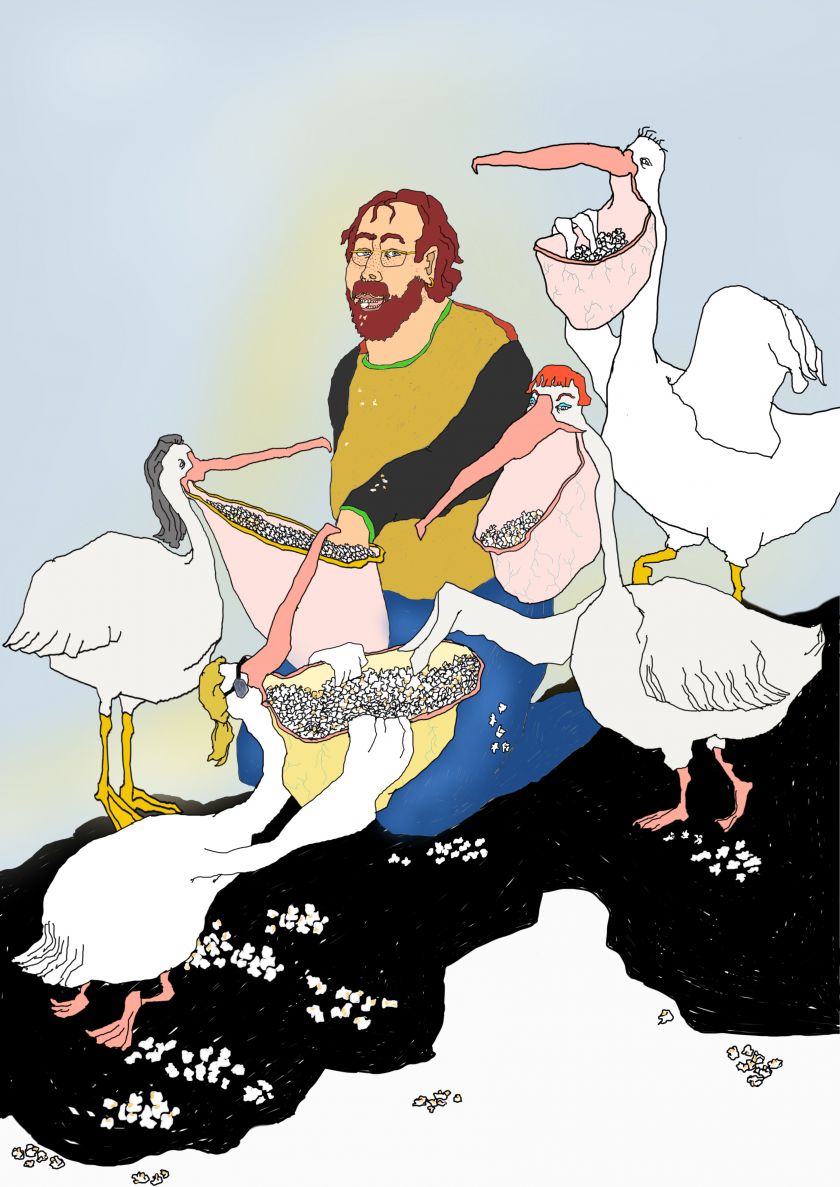 When it comes to inspiration, Ploch finds “everyday observations” combined with her own imagination can be enough to dream up her “vile” characters. “I love to observe people and then to imagine how they are and then to put them in a very individually created context,” Ploch explains. “But apart from observation, I also like to put myself into situations that are unknown to me and I like to step out of my usual bubble to get to know different types and just to listen.”

Born in 1991 in a small German town, Johanna went on to take a design degree during which she mainly focused on stop motion films. She later took a Masters in Illustration in Hamburg. She now works as a freelance Illustrator for clients around the world.

“I would say my work is driven by the feeling I can get myself into when drawing,” Ploch continues. “I love searching for the characters in my mind while I draw them. And that works in very individual circumstances. With the right music, for example. Sometimes a character doesn’t get good until I hear the same song twenty times. Because I imagine that he is celebrating exactly this song right. For instance, when I was doing the illustration with the two bikers taking a break and eating fries, I listened to the song ‘Highwaystar’ by Deep Purple quite often. I haven’t been able to hear it since then either without thinking of the two.” 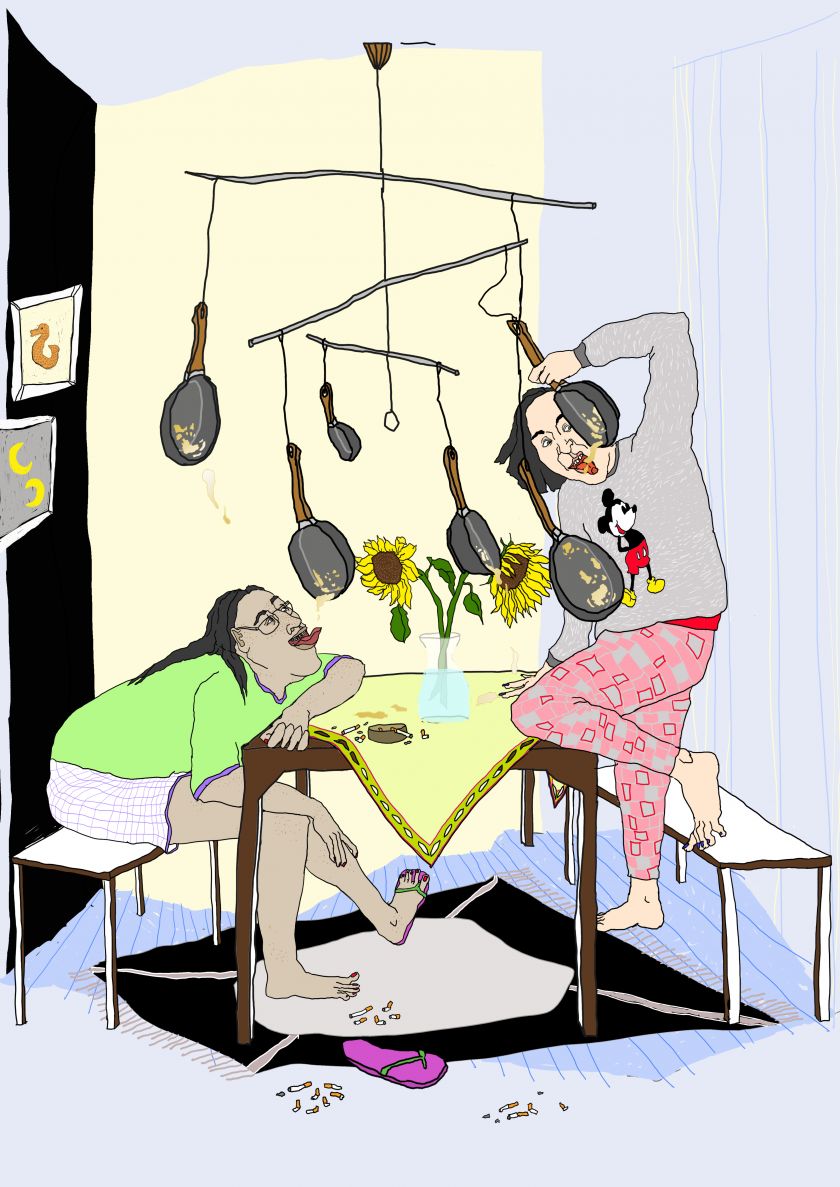 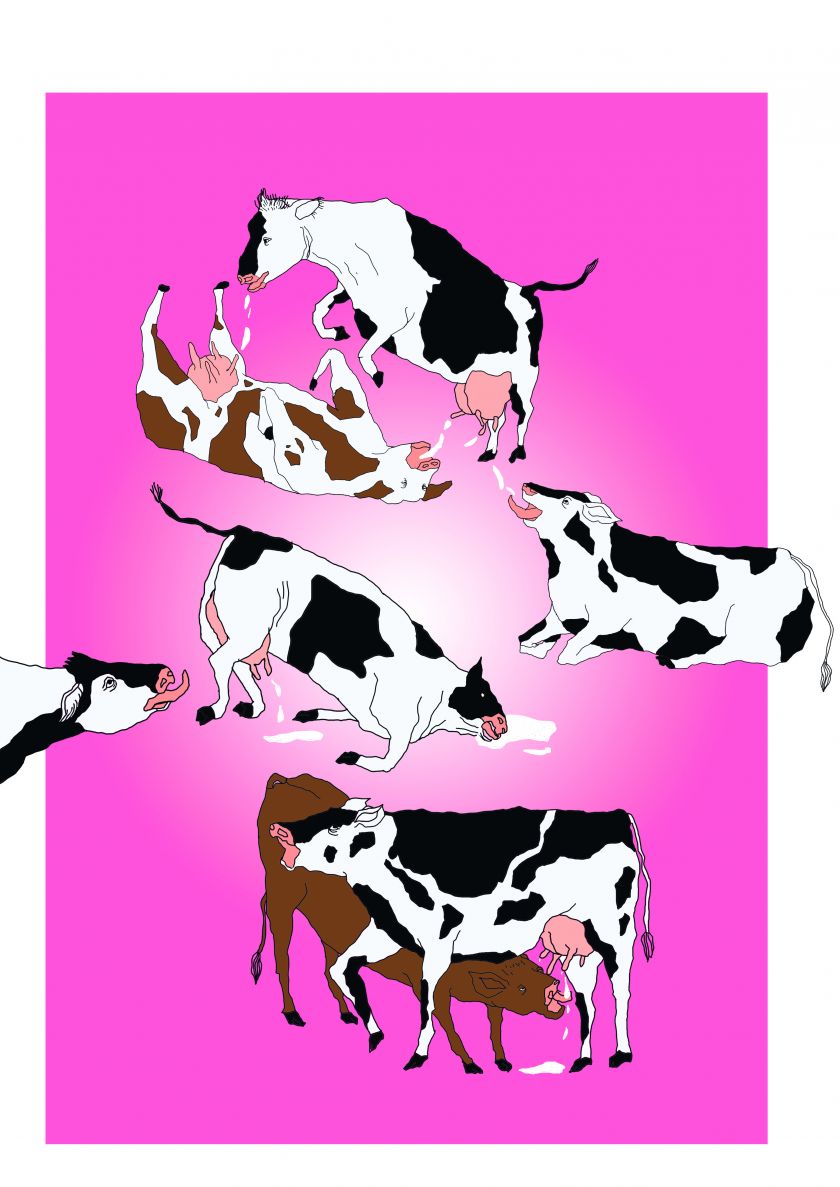 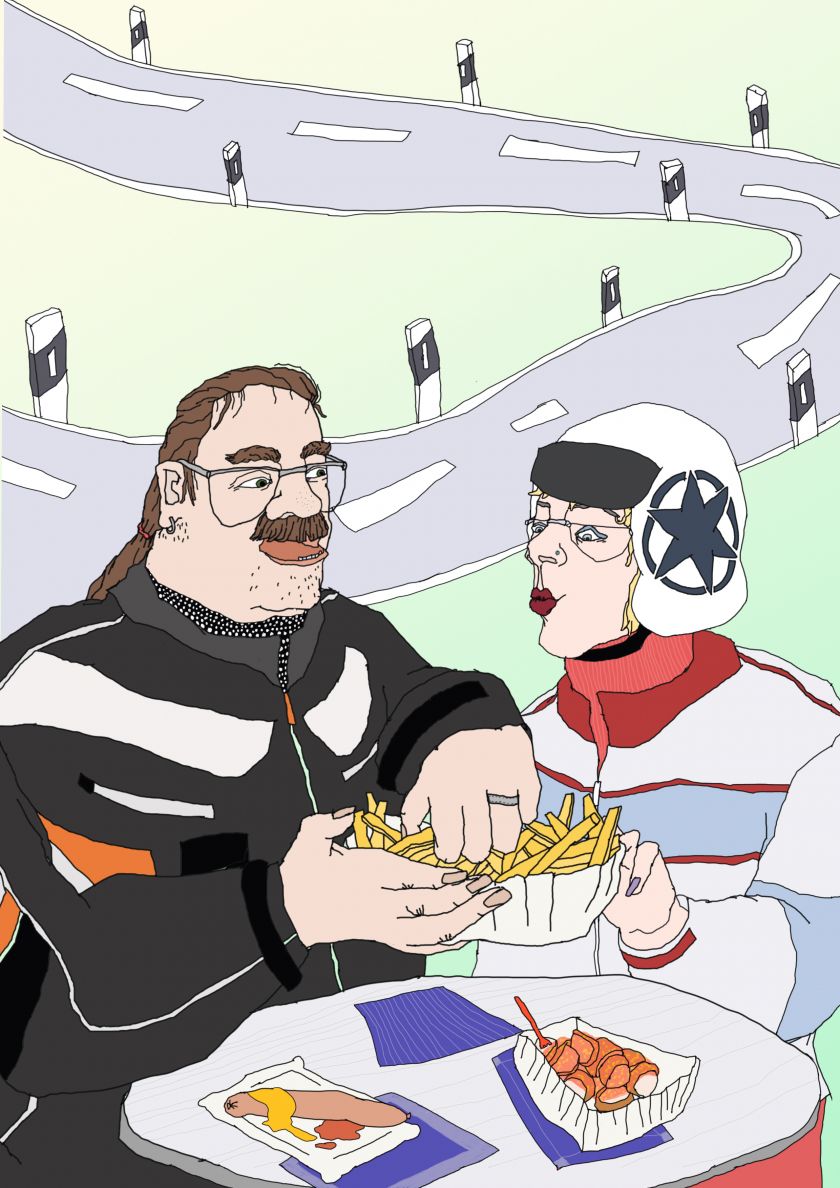 Looking closely at the often absurd narratives in her work, like a lively pig cafe, joyful cows drinking milk or some kind of ‘dress like a tiger’ party, Ploch’s illustrations also remind us to not take life too seriously. “Enjoy yourself, be exactly who you are, don’t take yourself too seriously and do exactly what you want and accept when other people do that too,” she says. “And trust in your process!”

For more gorgeously grotesque characters and amusing observations, follow Ploch’s latest work on her Instagram. Or visit her portfolio at johannaploch.de. 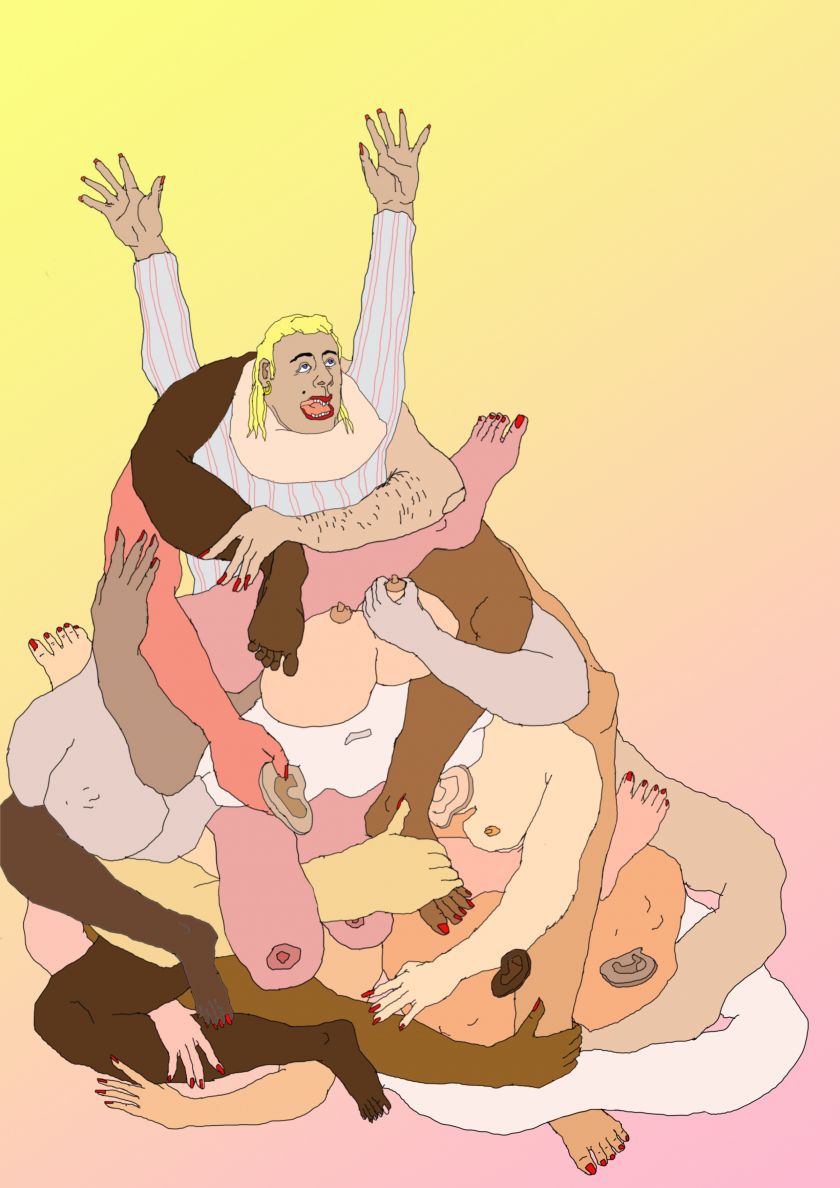