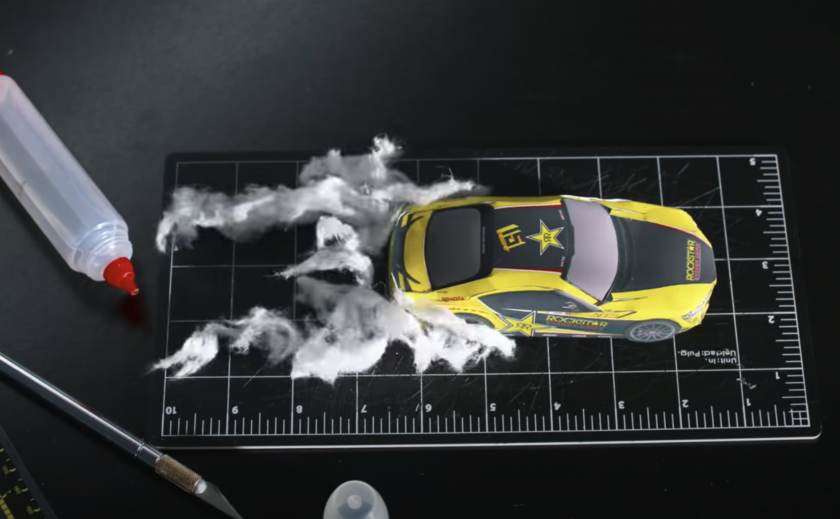 In the absence of any motorsports, the star of the short finds himself alone in his California workshop, crafting racing cars out of paper and glue, which then spring to life and zoom around the space, much like you’d fondly remember from the video game, Micro Machines.

It’s part of a campaign by Toyota to encourage fans to make and post their own cars on social media and hashtag #PaperDrift. The team has made available the paper models they used to create the cars in the film, which were originally created by Toyota GB and adapted for the project. You can download the paper model here.

“There are a lot of families looking for activities right now, and we hope we can inspire them to get creative with whatever it is they have at home,” says Papadakis. “Even as we’re getting back to work, there are still a lot of kids at home. My five-year-old son has a fleet of paper cars he’s playing with right now.”

Papadakis is a legend of sport-compact racing with an unmatched record of winning three Formula Drift Championship. The Papadakis Racing team paused their 1,000 hp Toyota GR Supra build in the middle of March and is planning to debut the new Rockstar Energy Drink Toyota GR Supra with driver Fredric Aasbo returning to the team behind the wheel.