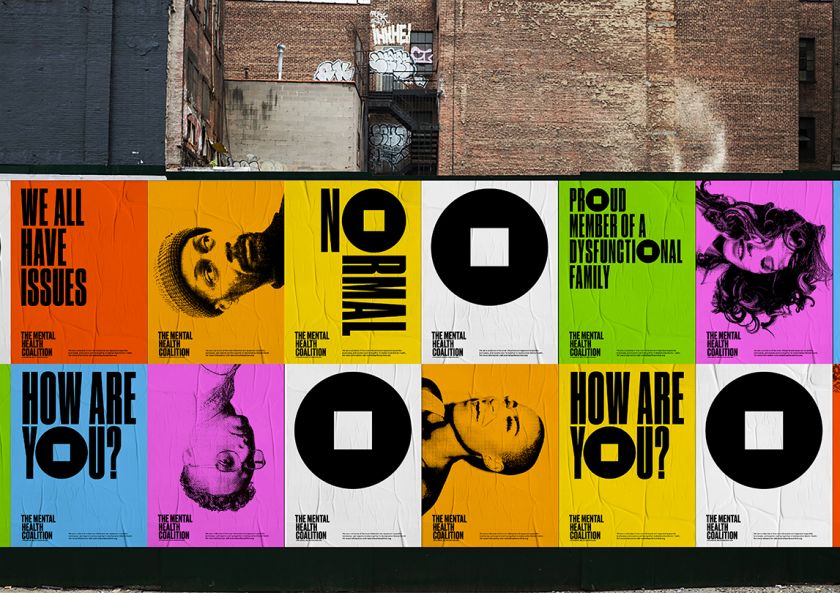 Pentagram partner Paula Scher and her team have collaborated with social activist and fashion designer Kenneth Cole to create an identity for the Mental Health Coalition. Based on the saying “square peg in a round hole”, it represents how there is no “normal” when it comes to our mental health.

Cole’s new initiative hopes to destigmatise mental health conditions and address the pervasive public health crisis, launching with an online platform and an interactive storytelling platform that asks ‘How Are You, Really?’

“Cole wanted to make people comfortable about talking about their mental health issues and to be able to get help and not feel ashamed,” Paula tells Creative Boom. “We began this project long before the Covid-19 virus became prevalent, but the virus has made the need for the site far more necessary. My hope is that the graphics make users feel like the site has a fashion sense and that it is fun. We didn’t want the graphics to feel like it came from a medical institution or a sanitarium, for that matter.”

The branding visually ties everything together, linking the Coalition to ‘How Are You, Really?’ with the square-peg symbol and distinct typography, set in Druk, used throughout. The use of bright, contemporary colours gives the whole identity an optimistic feel, full of hope and suggests, according to Pentagram, the “broad spectrum of mental health conditions”.

Paula adds: “We designed the site really in the same way we might design a campaign for something that exists in the landscape of pop culture. It could be for a play or a band, or a T-shirt company, except it isn’t. It’s for talking about mental health, something that is solemn, scary, dangerous, secret, taboo. You’re not supposed to have bright colours and pop graphics. You’re supposed to sit in the corner quietly and have beige. Who made that rule?”

‘How Are You, Really?’ launched this month for Mental Health Awareness Month and is accompanied by the #howareyoureallychallenge on social media, asking people to share how they are feeling and then to nominate friends to do the same. 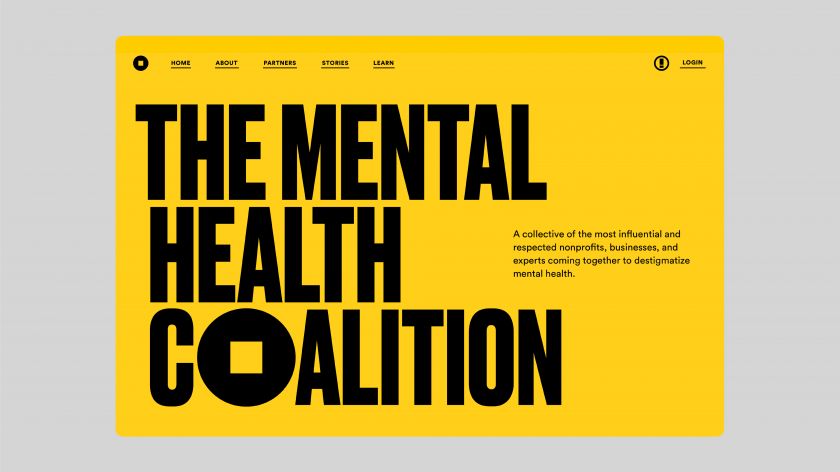 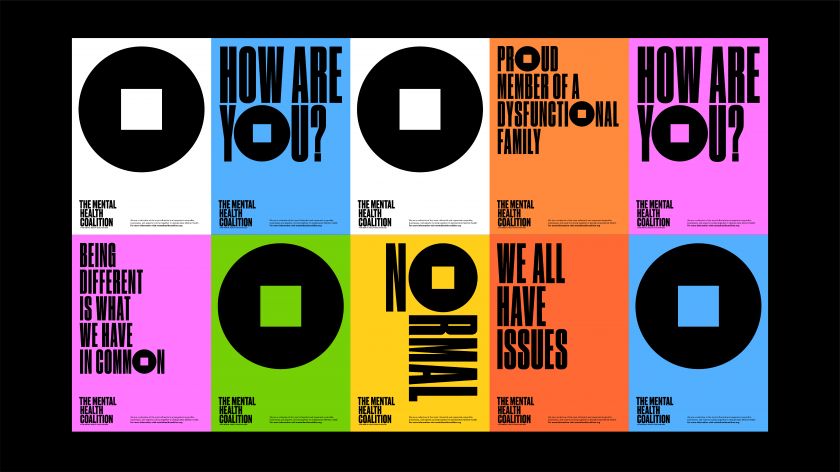 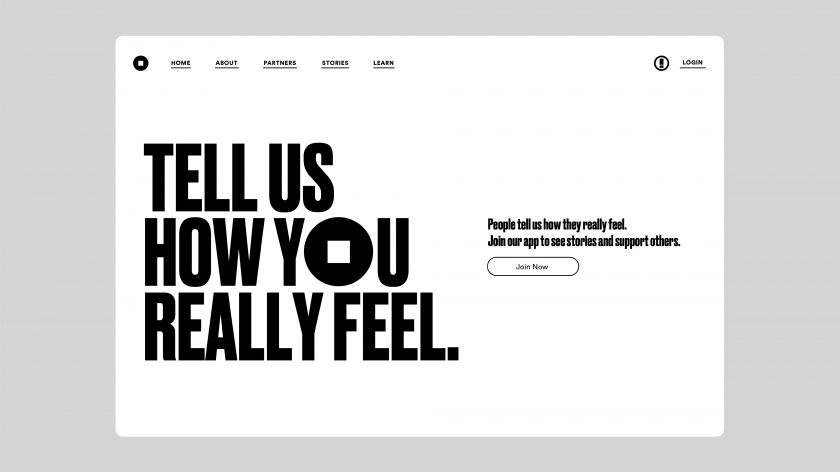 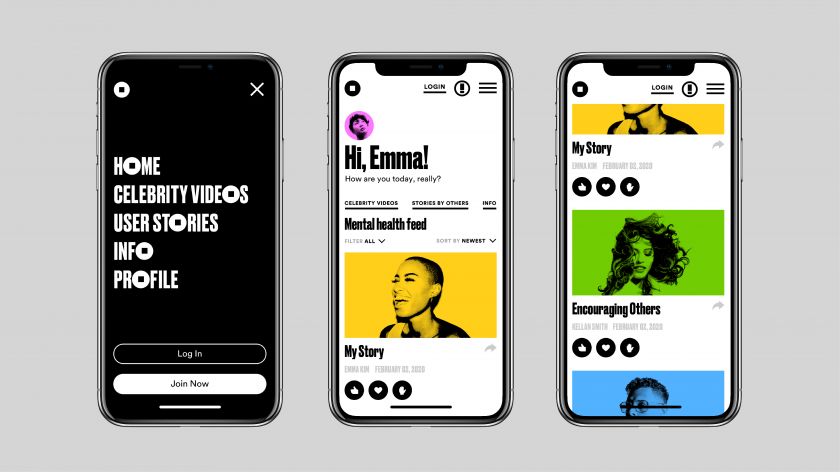 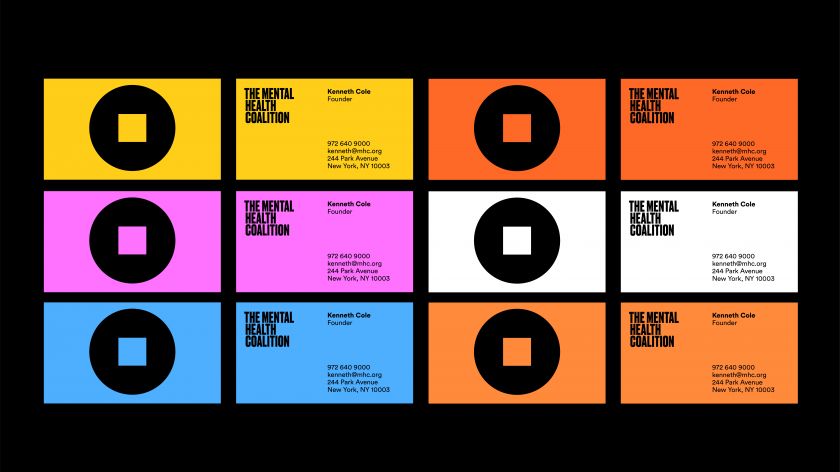 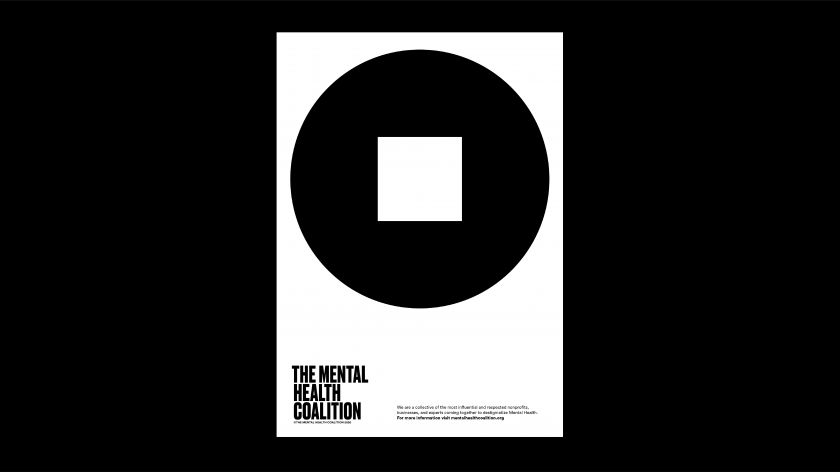 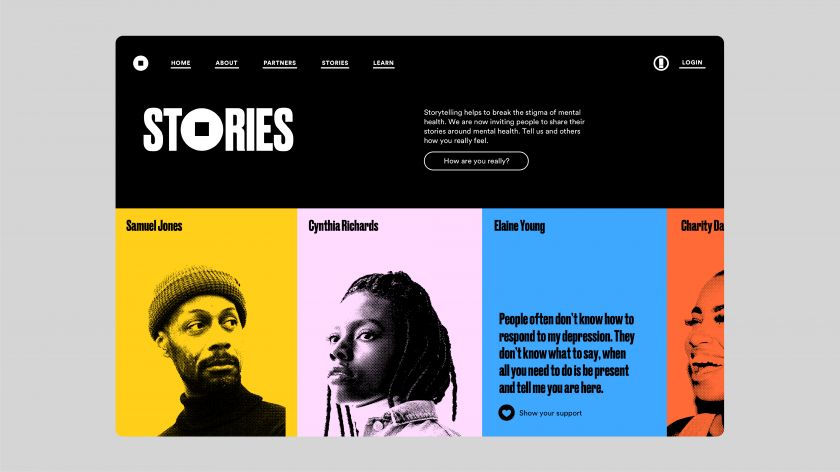 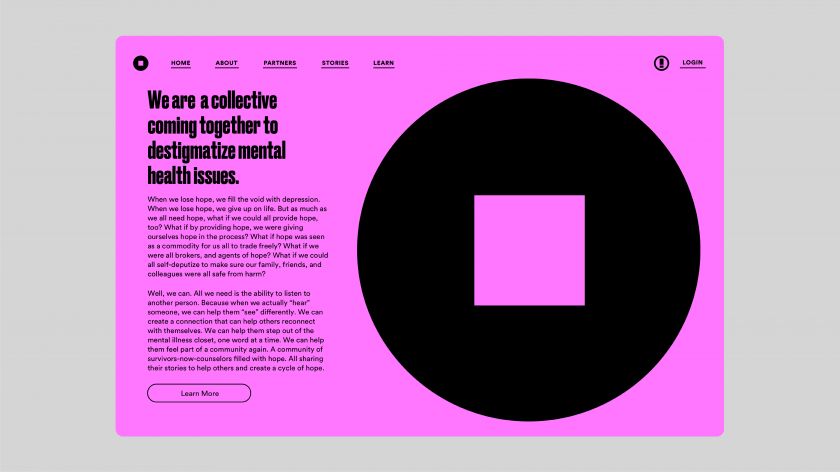 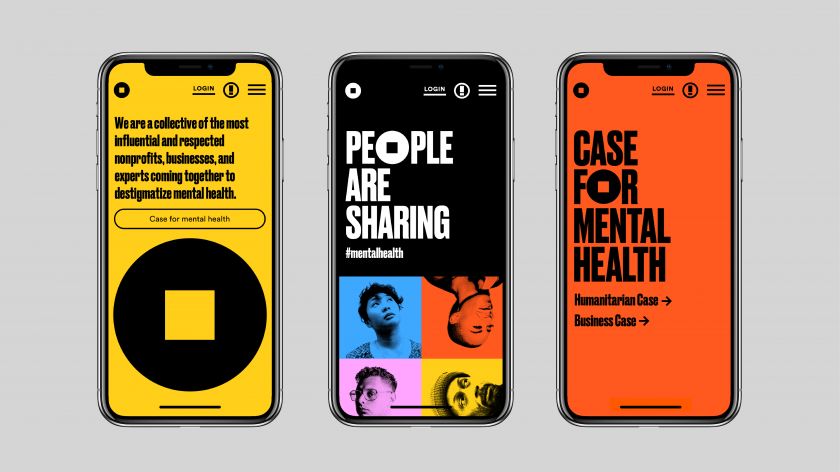 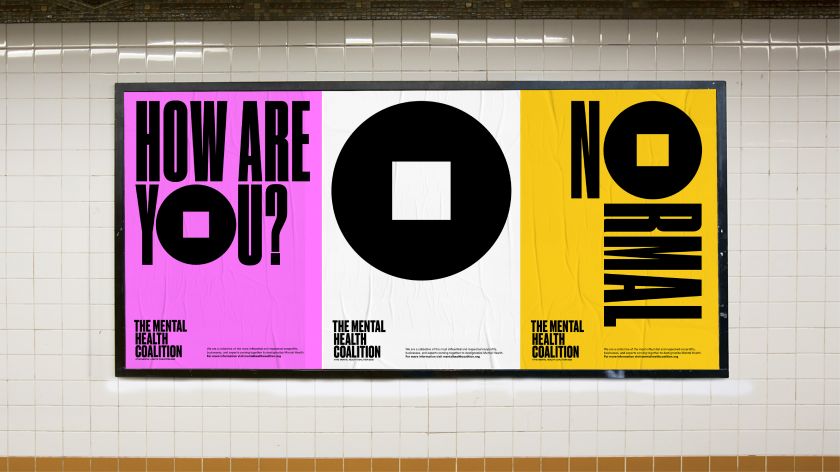