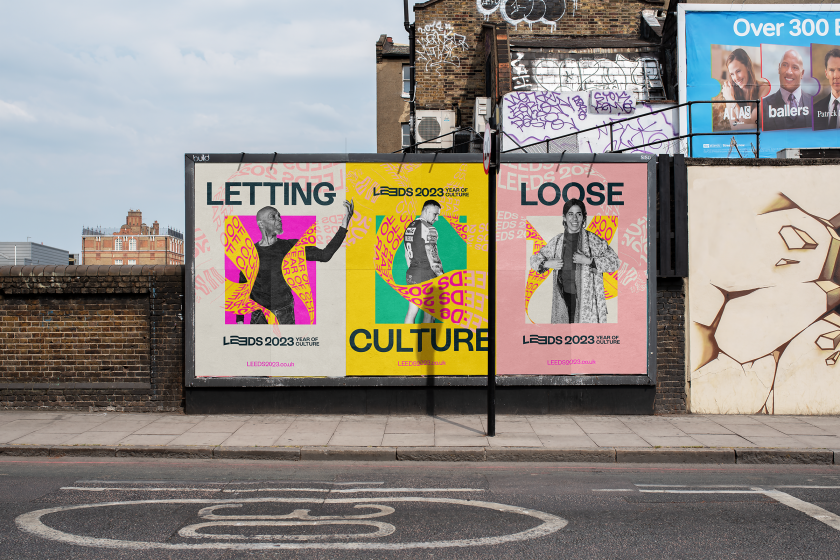 Sheffield-based creative agency Peter & Paul is behind the new visual identity for Leeds 2023, as part of a bid to celebrate creativity across all corners of Leeds and the wider region in the city’s upcoming year of culture.

The branding was ultimately inspired by the campaign’s theme ‘Letting Culture Loose’, with a flowing logotype, bright yellow tones to represent the “pollination of ideas”, and a 3D rendered ‘trail’ as a nod to sculpture and dance; two disciplines apparently close to the heart of West Yorkshire.

The entire project was carried out during lockdown, which pushed Peter & Paul’s team to find new and creative ways of delivering the brand concept. “We started this work with a phase of research which involved lots of in-lockdown Zoom conversations with Leeds residents and quite a few (social distanced) field trips to the city,” explains Peter & Paul’s Creative Director Lee Davies. “We also tried something new and commissioned two writers, Khadijah Ibrahiim and Jennifer Lee O’Brien, to write from the heart, with no brief, about their view of the city and its culture.

“What we were discovering was that the city’s culture was everywhere but at the same time unknown and sometimes unseen. We felt like the identity needed to grasp that and use it as the vehicle for creative ideas, hence the central brand idea of Letting Culture Loose.”

The Peter & Paul team also identified a significant challenge that the brand needed to address, as the research phase found that for many people “culture” can feel elitist or inaccessible. As Leeds 2023 is all about “celebrating the extraordinary creativity happening in communities right across the city”, the visual identity needed to share the message that culture is for everyone, everywhere.

Was there pressure for a Sheffield-based studio to deliver such a project? “Totally,” says Lee. “We knew Leeds to a degree but also knew there was plenty more to find out. That’s why we began the project with such a strong research process at the front end. We didn’t want our creative approach to be conceived in a vacuum, behind desks in Sheffield. We needed to talk to people and understand more about the city.”

Lee continues: “When we pitched for the work we were honest about our position – that there was likely more we needed to know about the city but there was an opportunity there too – to ask us to relook at Leeds and see it from a different perspective, using that point of view to fuel the work. The response to the identity has, so far, been really positive and we’ve not had too much backlash which is great… not yet anyway.”

The new identity for Leeds 2023 has been unveiled on the website at www.leeds2023.co.uk, along with a ‘Letting Culture Loose’ brand film which features Hip-Hop MC and writer Testament, reflecting Leeds’ vibrant cultural scene. 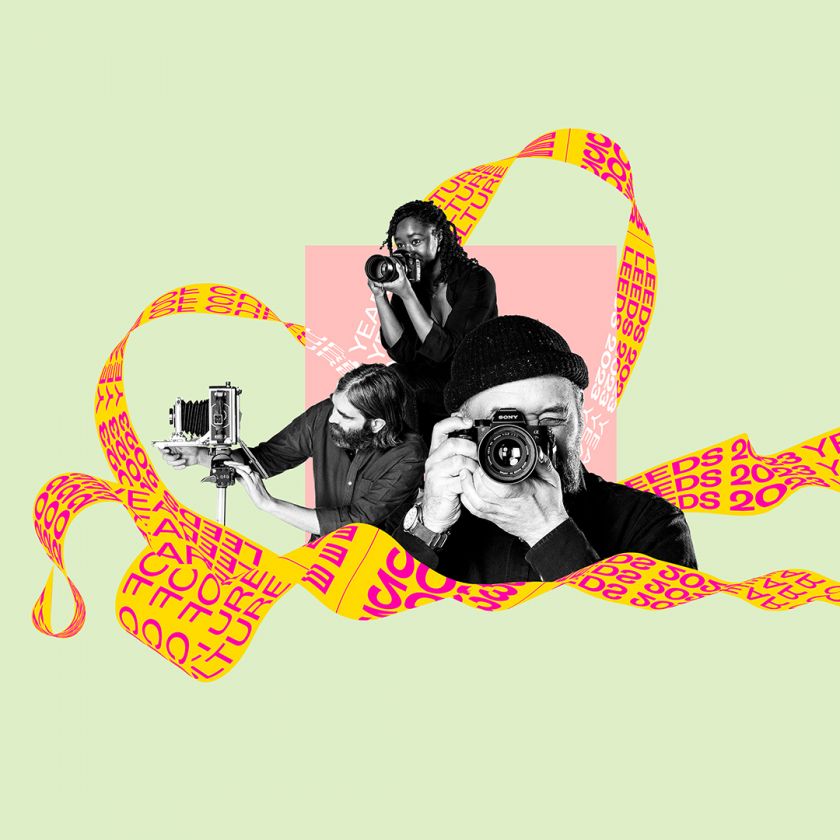 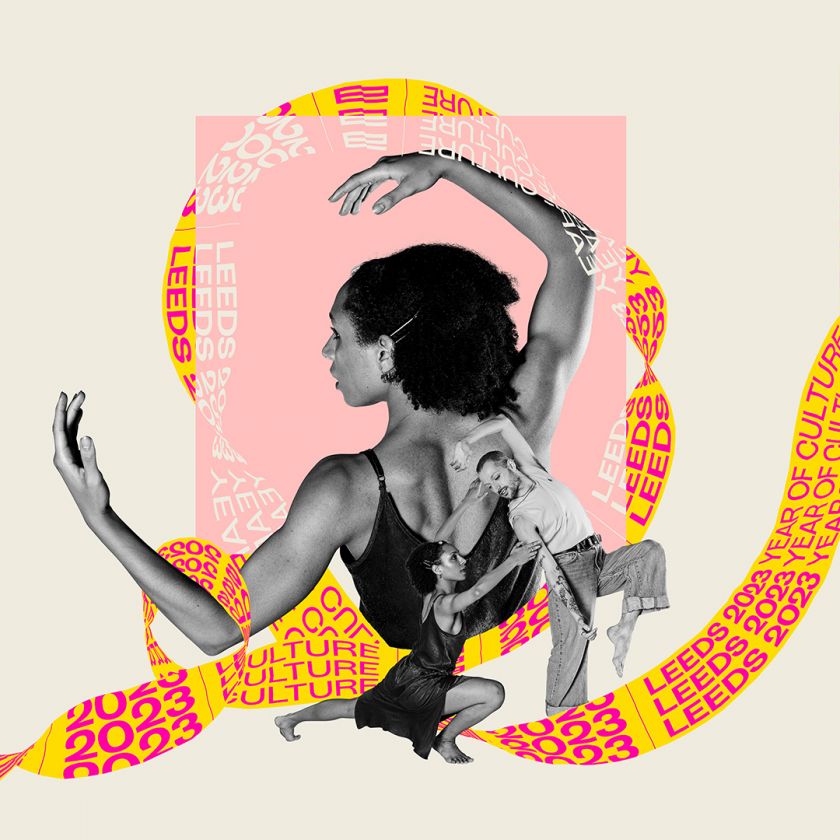