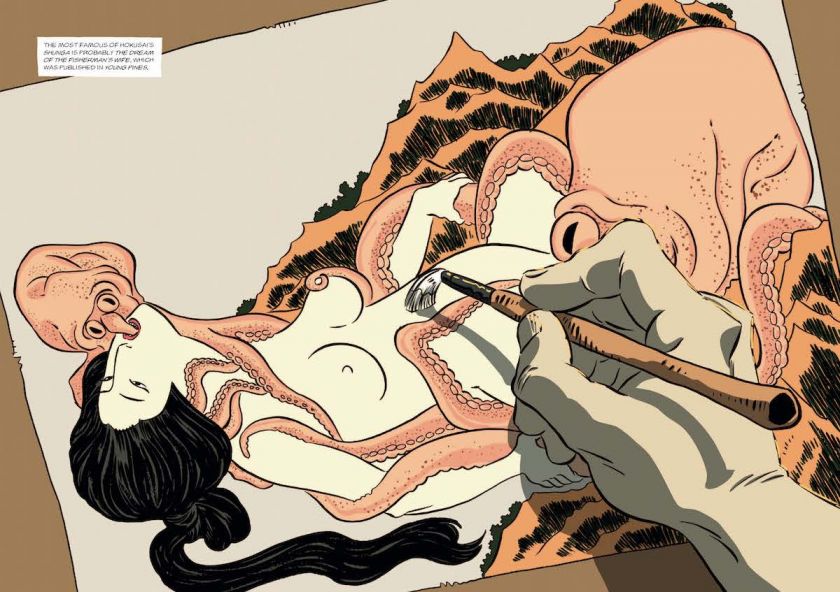 For most people in the West, at least, if they had to describe one iconic piece from Japanese art history, it’s more-than-likely that they’d name that arresting burst of brine, The Great Wave – or to give it its full title, The Great Wave off Kanagawa.

Since Katsushika Hokusai created that famous woodblock print around 190 years ago, it’s not only been hailed for its beauty, but has frequently found itself as a sort of poster-girl for signifying tsunamis, hurricanes, and even plane crashes into the sea. But of course, there’s so much more to Hokusai, as a new graphic biography of the artist illustrates.

Created as a graphic novel style take on the traditional artist biography, the book by cartoonist and illustrator Giuseppe Latanza and Francesco Matteuzzi, a journalist, screenwriter, editor and children’s book author. 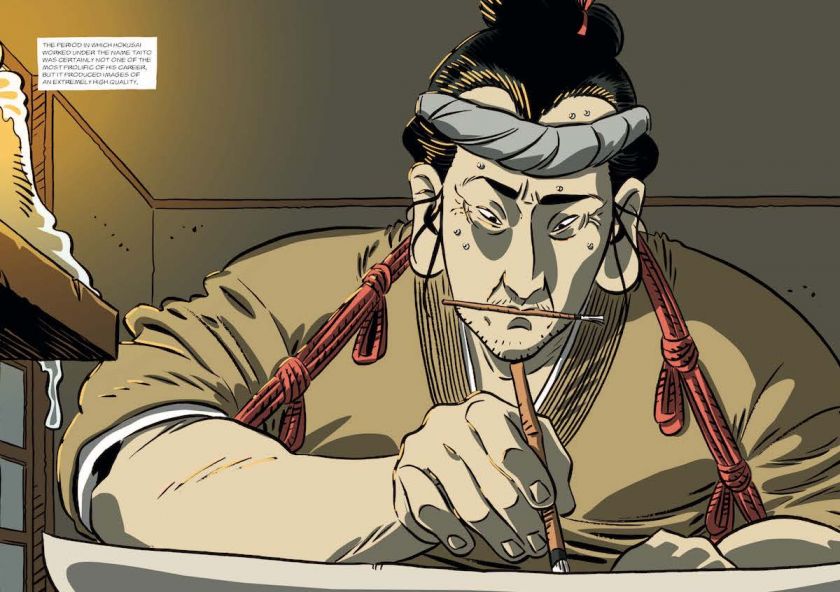 Often seen as something of an enigma, Hokusai was born circa 31 October 1760 in Edo, or in today’s parlance, Tokyo. Working across woodblock prints, painting and book illustration, he created the Thirty-six Views of Mount Fuji woodblock print series, which includes The Great Wave, thanks in part as an artistic response to the new trend for domestic travel, and in part due to his personal love of Mount Fuji.

Throughout his 88 year life, Hokusai is said to have created an astonishing 30,000 paintings, sketches, woodblock prints, and images for picture books. 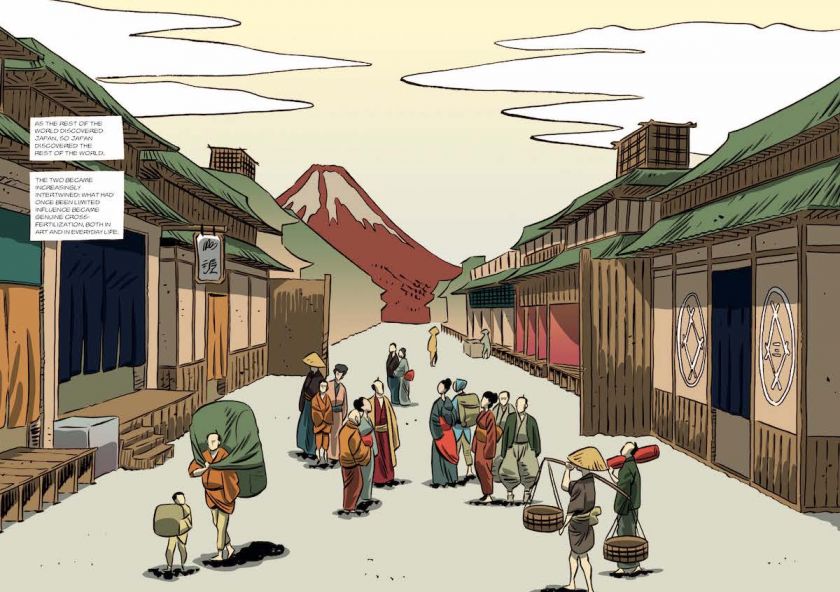 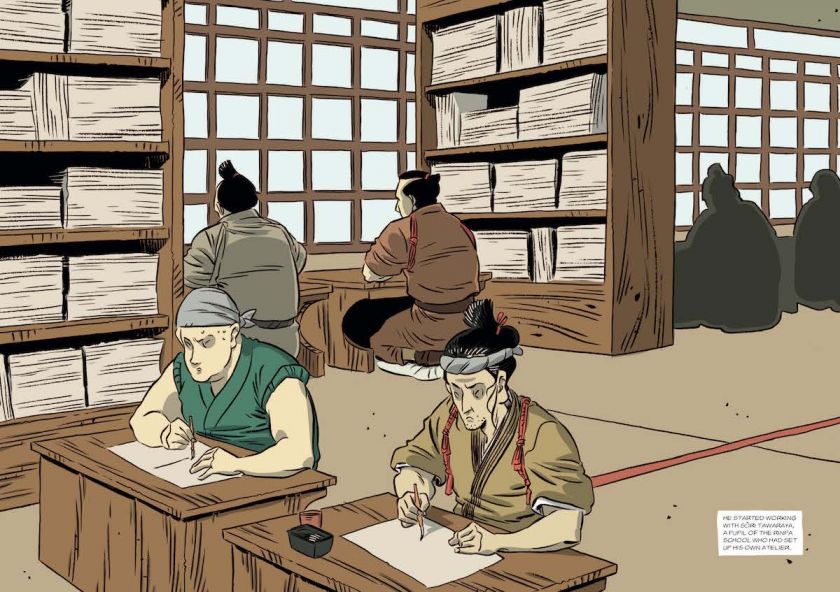 The new book, published by Laurence King and simply titled Hokusai: A Graphic Biography, covers both: prolificness and the artist’s more unusual eccentricities. As well as digging deeper into the artist’s life and work, the publication also places these within the context of Edo-era Japan—the time also known as the Tokugawa period, spanning 1603 and 1867 when Japan underwent significant economic growth and more widespread, popular enjoyment of arts and culture.

By touching on these contextual elements and the specifics of certain works, the book gently delineates why and how Hokusai’s images still resonate as iconic representations of Japan today and examine the artist’s cultural legacy. 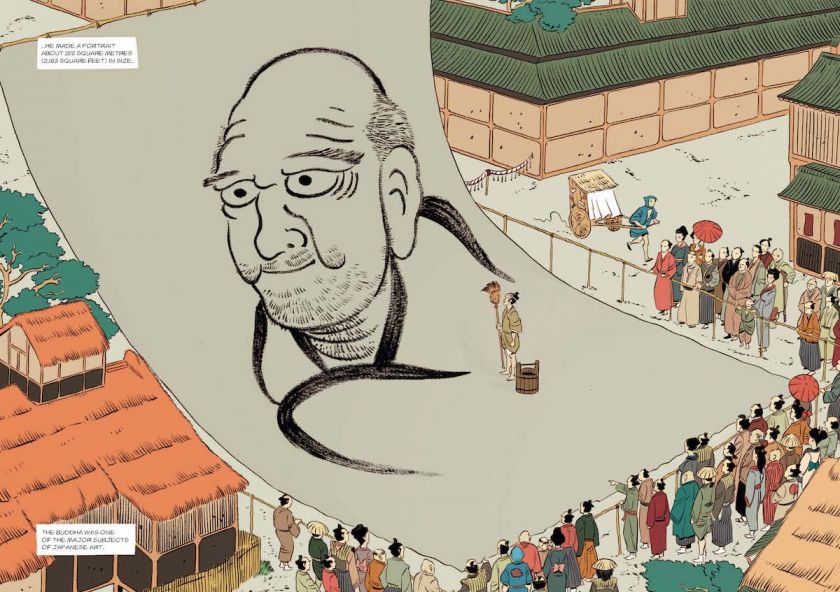 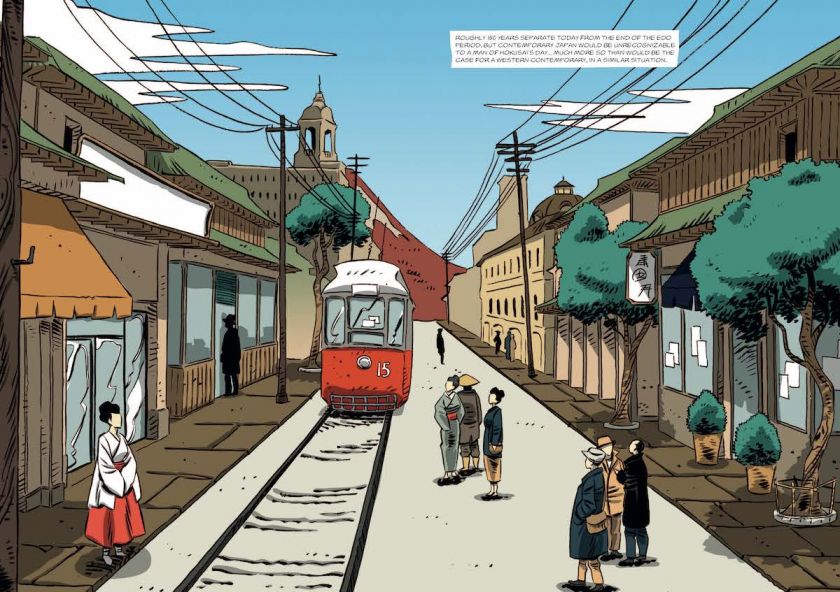 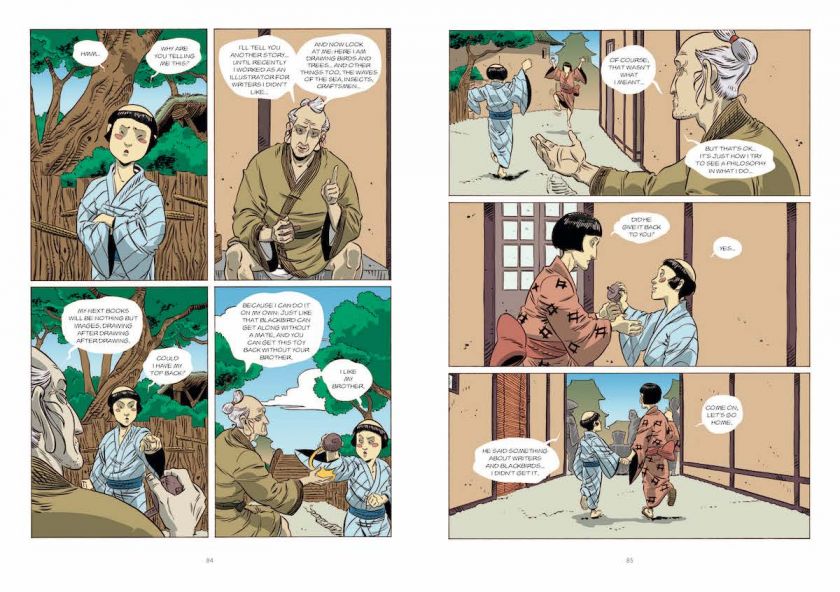 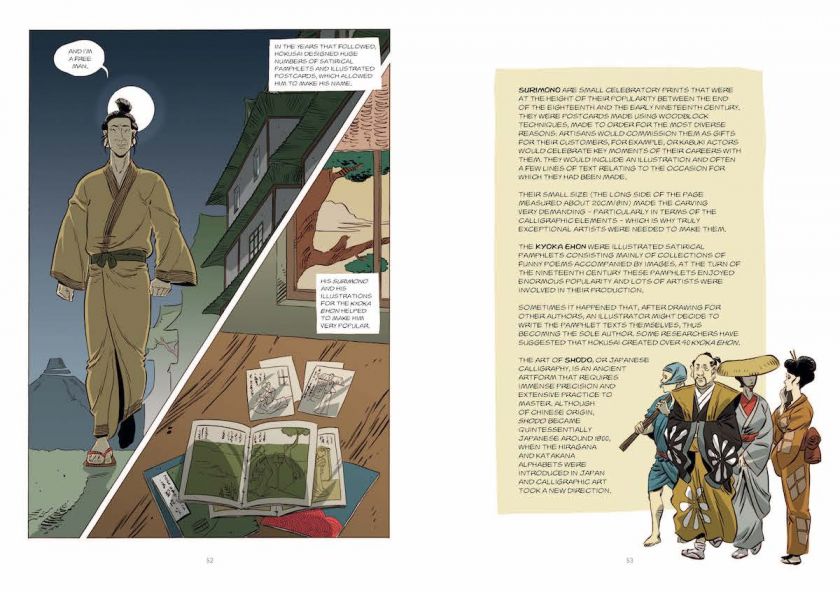 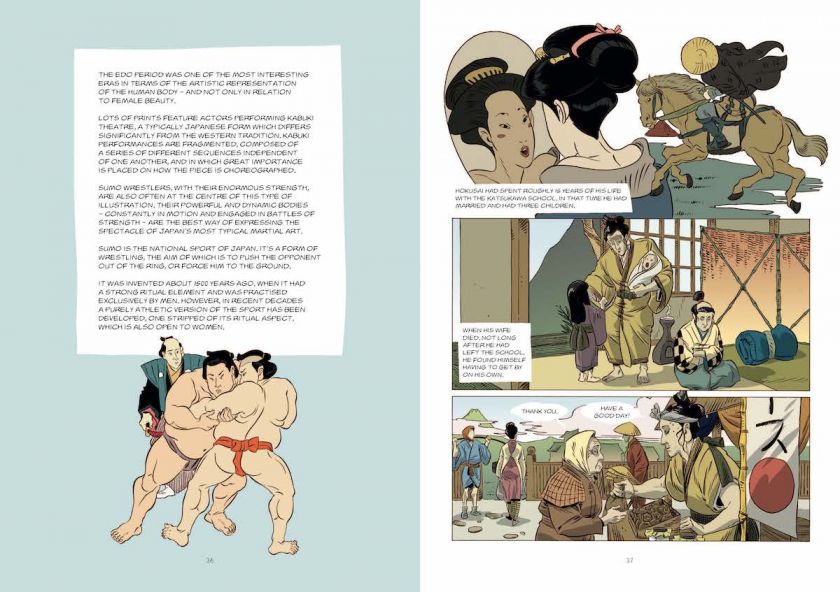