Recently signed to Nexus Studios is Neeraja Raj, an animator and director who already has a BAFTA shortlist to their credits for Meow or Never, a stop-motion musical all about the meaning of life. Check out an exclusive clip above courtesy of Creative Boom.

“Meow or Never is a madcap musical in which ‘cat’stronaut’ Pucha travels the galaxy looking for the meaning of life with the aid of her AI spaceship,” Neeraja tells us. “She arrives on a planet believing to find the answer on it, only to encounter a space pup, Blip, who is eager to help but accidentally messes everything up by causing her spaceship to take off and land on the other side of the planet! A seemingly impossible quest to discover the meaning of life ensues with an overenthusiastic Blip taking the helm as Pucha disagrees at every turn.”

High-concept stuff, but the animated short is a personal undertaking for the creator.

“It’s a highly personal story to me as it’s a kooky amalgamation of my existential angst and my happy-go-lucky spirit, stitched together with my love of musicals. It is also a love letter to my dearest friends, an exploration of our friendships. I strongly believe that all types of love need to be highlighted in the media more. Familial love, self-love and also platonic love; the love and bond between two friends that can withstand any force in the world. How many of us actually refer to our friendships in the same generous way that we discuss their romantic counterparts?”

Neeraja gave over her character concepts to her lead model maker Gemma Byrne on the project, while model-makers Penelope Konstantara and Róisín McCallum meanwhile added fabrication touches to puppy Blip’s clothing and hair respectively, “which really added something special to her character,” Neeraja says.

“Meow or Never’s strengths lie in its beautiful paper world and its handmade, tangible characters. The flaws and imperfections that come with filming in stop-motion add to its authenticity – it adds to the palpable quality of Pucha and Blip, with how their fur and fluff glint under real light, how they bend and bounce to gravity.”

Neeraja’s short is being developed into a series by Nexus Studios, and has already been shortlisted for a Student BAFTA award and won Women in Animation Class of 2020 for Best Short Film. There’s a wealth of potential here, so why does the creator think the cartoon resonates with audiences?

“Because it’s not afraid to think outside the box,” Neeraja believes. “There’s a certain unspoken understanding that when you go into film school, the only way to be taken seriously is to make a dark, deep, painful graduation film. While there’s nothing wrong with taking that route, I decided not to – and Meow or Never makes both adults and kids laugh. It features two female characters in an unlikely odd couple relationship (which we don’t see enough of). It makes absolutely no sense (a cat looking for the ‘meaning of life’?!) but also makes a whole lot of sense (the meaning of life is what you make it).”

“I believe Meow or Never reminds its audiences that life can be fun, sad, silly and absolutely weird – and all of that could mean something or nothing at all. But what helps you navigate through it are the connections you make with others.” 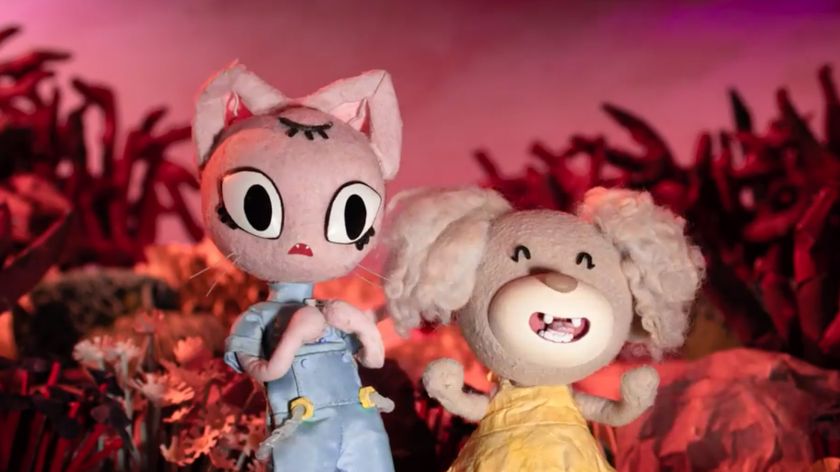