The third instalment from Uncommon‘s ‘Build a Life’ campaign for B&Q has been unveiled. This time, it leads with a stunning stop motion spot titled ‘Later Means Never’, featuring a single dad in a slump and how “choosing change in even the darkest of moments has the power to move family forwards”.

The spot opens with Nigel — a single father who loves his family, but along the way has lost his mojo. Nigel’s sadness has cast a spell over his home, creating a scene paused in time; we see him trapped in his armchair from a layer of dust and rock. His home environment also reflects his state of mind, having become a cavernous space that no longer resembles a happy place. 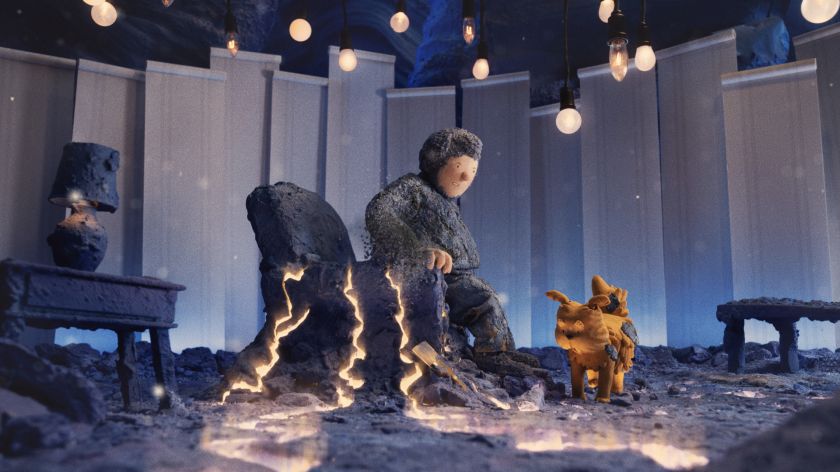 A drip of water awakens Nigel from his slouch, the scuff of the carpet nudging him playfully to get up out of his chair and as the plaster starts to crack on the walls around him, we see Nigel’s daughter Lisa and their dog Gus trapped beneath a layer of rock, too. The voiceover reads: “If this settles one more inch, it might weigh us down for good”.

Nigel then glances at an old family photo illuminating from the darkness that cascades around him – this memory from happier times sparks a sense of resilience within, to not give up and believe it’s never too late to make a change. The house starts to call out and offer encouragement to Nigel, with wallpaper peeling, wires untangling and floorboard twisting. It’s from this point, that Nigel eventually frees himself from the rubble. And as the music lifts, he rises with help from the house coming together to rocket him back up to his family. The house then magically transforms into a bright space – a home his family can be proud of. Gus shakes the last remaining dust from his fur and Nigel and Lisa chuckle. 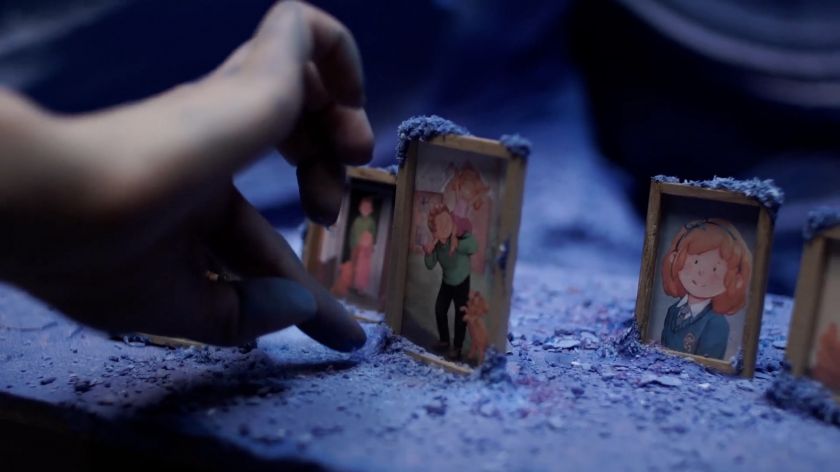 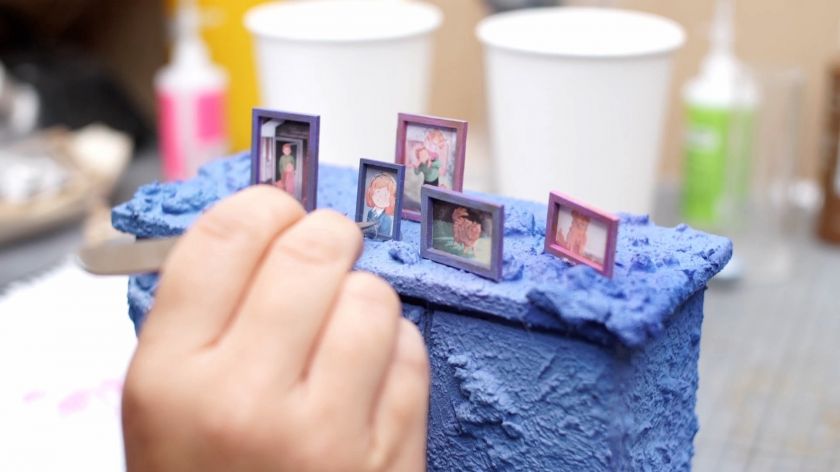 The characters are traditional silicone puppets, each sculpted by hand, cast in silicone, hand painted and finally brought to life by the animators one frame at a time. “I loved the original script, it was grippingly unusual and knew it could make a delightful and peculiar film,” says director Sam Gainsborough. “I’m inspired by traditional animation techniques that let the materials and textures show off their natural beauty. Stop-motion felt like the perfect way to bring this story to life, as we could really feel the cracking plaster, the dripping paint and unravelling wallpaper. DIY is all about getting your hands dirty, and hand crafted stop motion has an innate roughness to it that is in keeping with this ethos.”

The stop motion film has a nostalgic style reminiscent of many British animation classics that tell a heartfelt tale through revealing a relatable human truth. It involved meticulous craft at every stage of production from hundreds of drawings to develop each character to puppet making and curated set design. The living room is modelled on B&Q’s interiors range, replicating every exact piece in miniature form. The cave structure was carved from foam, the cracking floor of the set was built from a thick layer of plasticine and the magical tower was made from hundreds of handmade miniature DIY tools.

The film will run across TV, cinema, online and VOD from today. The campaign will also be supported by an extensive print, outdoor and digital suite running later in this month. 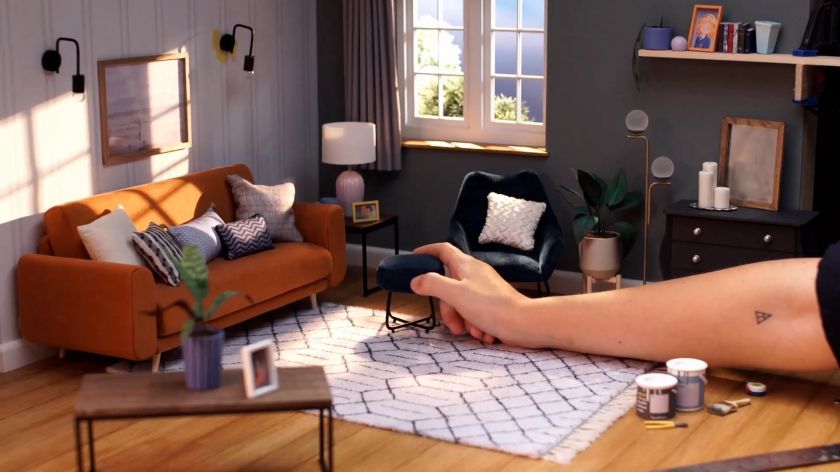 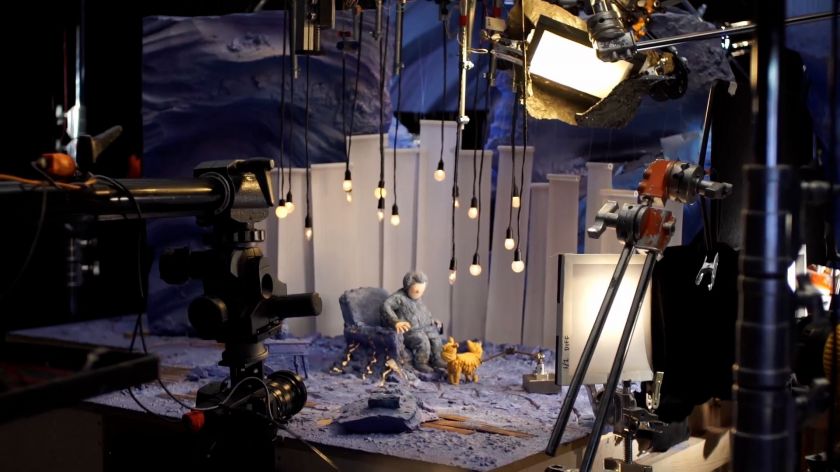 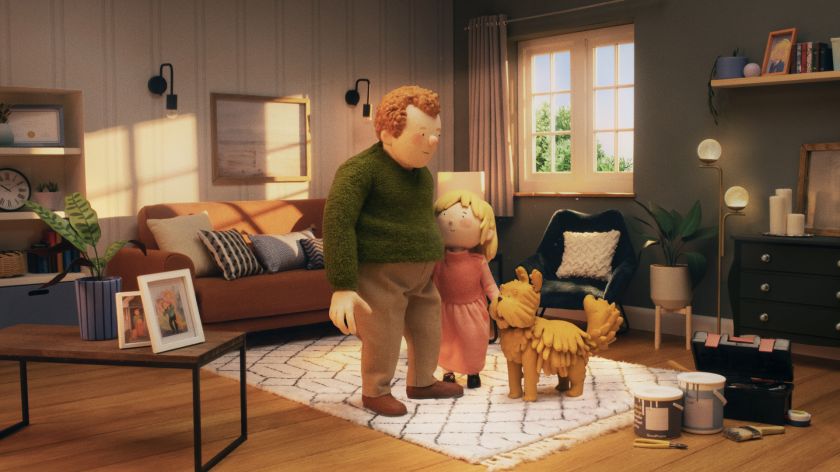