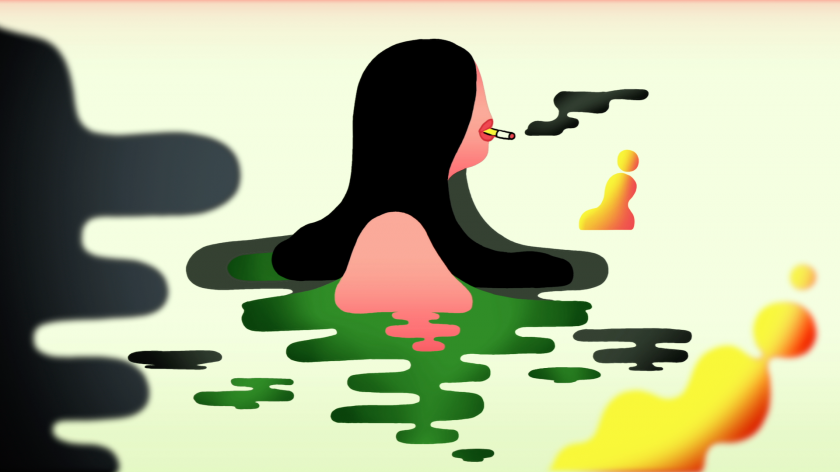 A master of irreverence, France’s Simon Landrein is adept at both striking comic strips and one-frame statements of the visually absurd sort. He’s also got a knack for producing great music videos, with must-see promos on his CV for the likes of Compassion Crew and Silkie.

Simon’s latest animated video is for Coco Bans, whose dreamy ‘Being Brave Is Stupid’ will stay with you as much as its visual accompaniment. In it, a torso-faced chappie traverses a psychedelic landscape of giants and scattered body parts, enamoured with a lady smoker in a sea of green. It’s a delirious dream with added Dot Cotton, as the verses recite a French poem by the legendary Charles Baudelaire.

“The artist and label gave me total freedom on this project, so the main inspiration was the lyrics themselves,” says Simon on the project. “(The poem) gives a lot of possible interpretations, and so this is mine in a way. I guess this has a very abstract meaning for most viewers, but it’s based on my interpretation of this poetry.”

“I gave it a lot of surrealism elements and absurd, funny moments. I guess we can recognise that it’s my work, but expressed more palpably. I was thinking of imagery that you might want to touch.”

Simon worked with animator Sylvain Doussa for the promo during France’s strict lockdown last year, not that this daunted either creative.

“It was quite usual on that matter,” Simon says. “Animation is quite easy to produce remotely for a small production like this one. It was just us two, so working in different cities wasn’t an issue. Big thanks to Sylvain though as we produced this animation almost from scratch within eight weeks.” 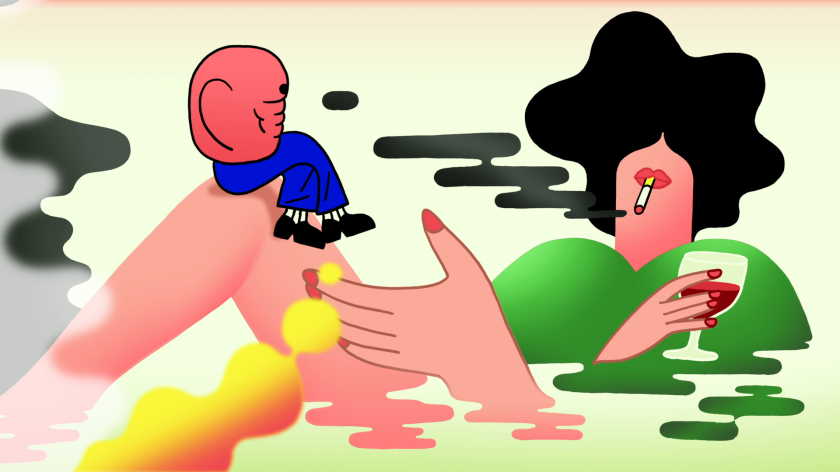 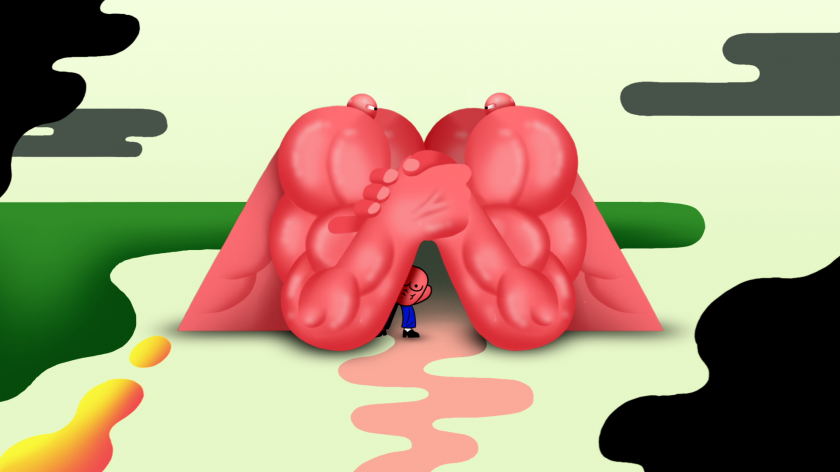 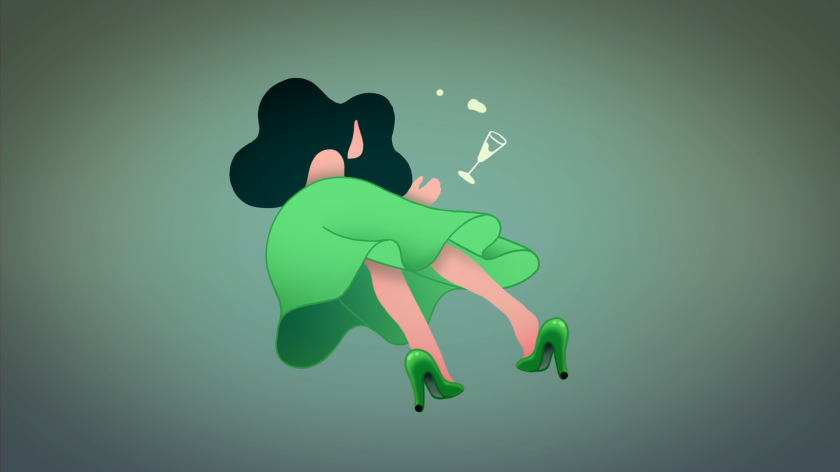