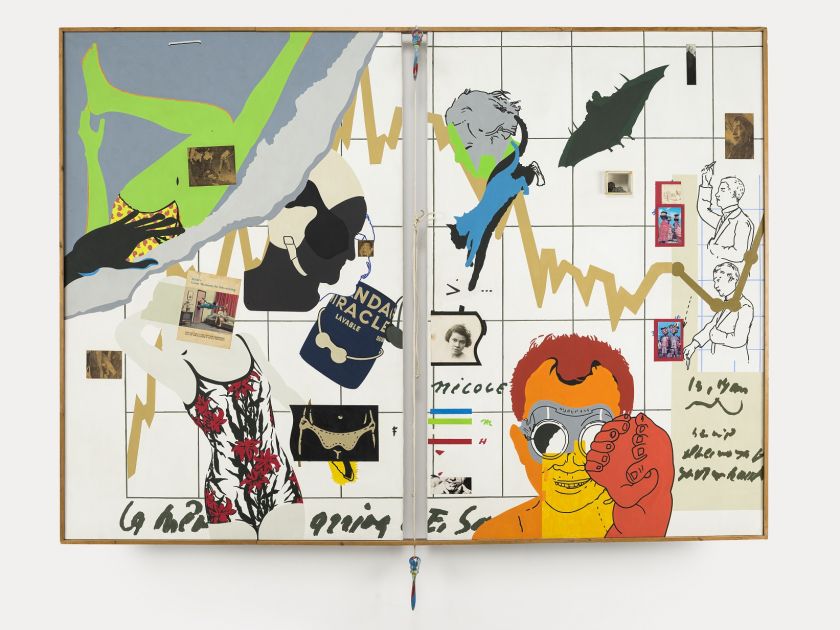 The puzzling, provocative work of legendary Haitian-French artist Hervé Télémaque starts its first UK institutional show at the Serpentine this October. Featuring paintings, objects, collages and assemblages dating as far back as the late 1950s, the exhibition is part of a series that pioneers artists later in their careers.

Running from 7 October 2021 through to 30 January 2022, Hervé Télémaque: A Hopscotch of the Mind a rare chance for UK residents to explore the artist’s unique and expansive body of work. Instantly recognisable thanks to its playful combination of archival and contemporary pop cultural references, Télémaque’s work avoids falling into predictability by using them to trace topics as diverse as colonialism and sexuality.

“Hervé Télémaque’s seminal body of work takes us on a unique journey through the visual languages of racism, colonialism, desire, violence, consumerism and art history,” said Hans Ulrich Obrist, artistic director, and Bettina Korek, chief executive at the Serpentine. “This spectrum of themes remains as pivotal today as in each decade chronicled by his singular practice. We are so excited to give audiences in London a chance to see the work of this remarkable artist in person.”

A former student at New York’s Art Students League and studying under painter Julian Edwin Levi, Télémaque has developed a signature visual vocabulary that features abstract gestures, cartoon-like imagery, and striking combinations of literary and consumer references. An explosion of subjects ranging from Y-fronts to monsters collides with a somewhat Basquiat-Esque fusion of words and images to create powerful art which invites viewers to decode it. 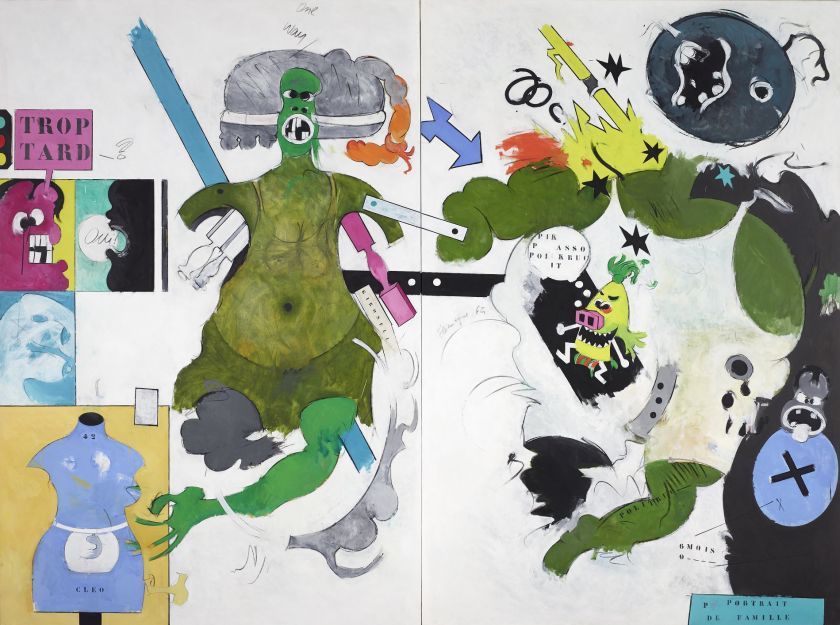 Developing his style when the art scene was dominated by Abstract Expressionism, Télémaque became interested in and inspired by artists such as Arshile Gorky, Willem de Kooning, Jasper Johns and Robert Rauschenberg. Although it wasn’t long before the limitations of these early influences became apparent, as he observed: “this thoroughly New York school seemed inadequate for me to express where I came from and who I was.”

Who Télémaque became was an honorary Parisian, having moved there permanently in 1961, where he soon associated himself with the Surrealists and later co-founding the Narrative Figuration movement in France. This movement, created in collaboration with art critic Gérald Gassiot-Talabot and artist Bernard Rancillac, was a reaction against abstract and Pop art that was dominating America at the time. 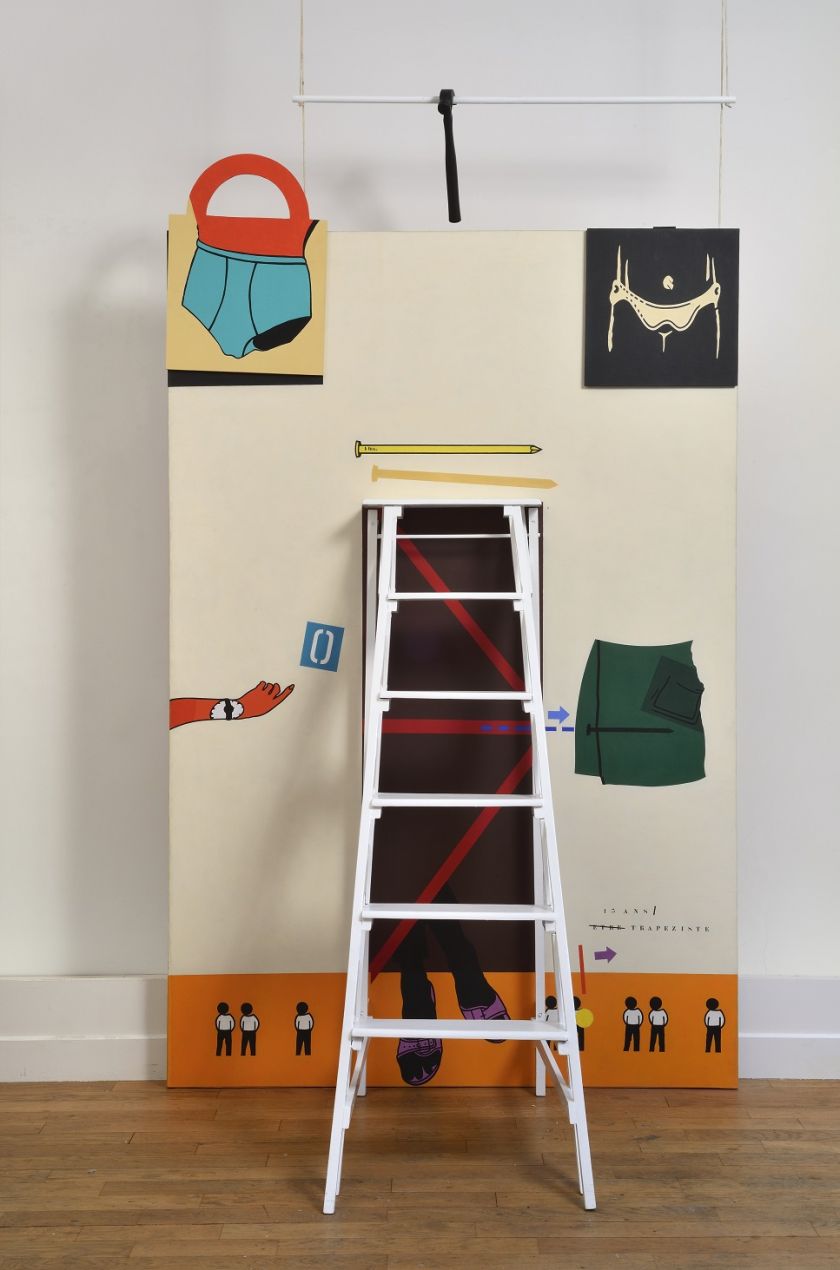 “Télémaque’s Narrative Figuration often results in works with a Pop sensibility that incorporate consumer objects and signs,” says the Serpentine. “The artist then inflects these images with an astute criticality, producing work in dialogue with current events, such as the Cold War, the Cuban missile crisis, US intervention in the Dominican Republic, and contemporary French politics.”

To accompany the exhibition, Serpentine is co-publishing one of the first major English catalogues of Télémaque’s work. Edited by Joseph Constable with Koenig Books and Aspen Art Museum, to which the exhibition will tour in 2022, this catalogue will include newly-commissioned texts that trace his work through an art historical lens.

“The book will also include a selection of the artist’s writings, many of which are translated into English for the first time, alongside a recent interview between the artist and Serpentine Artistic Director, Hans Ulrich Obrist,” adds the Serpentine.

Hervé Télémaque: A Hopscotch of the Mind opens on 7 October with free admission. 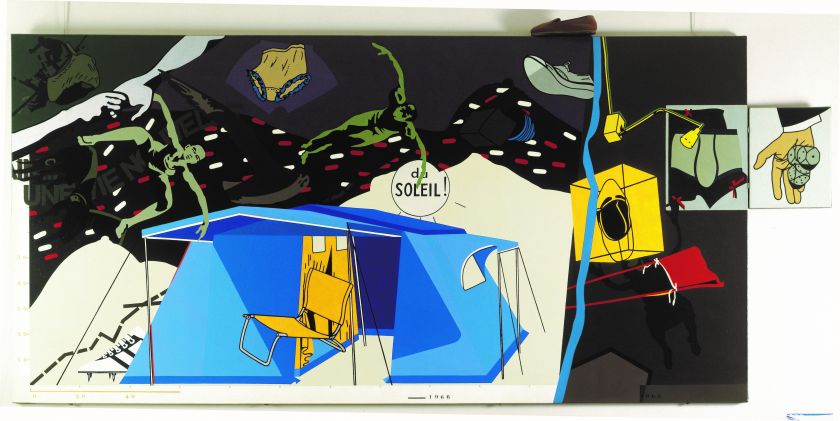