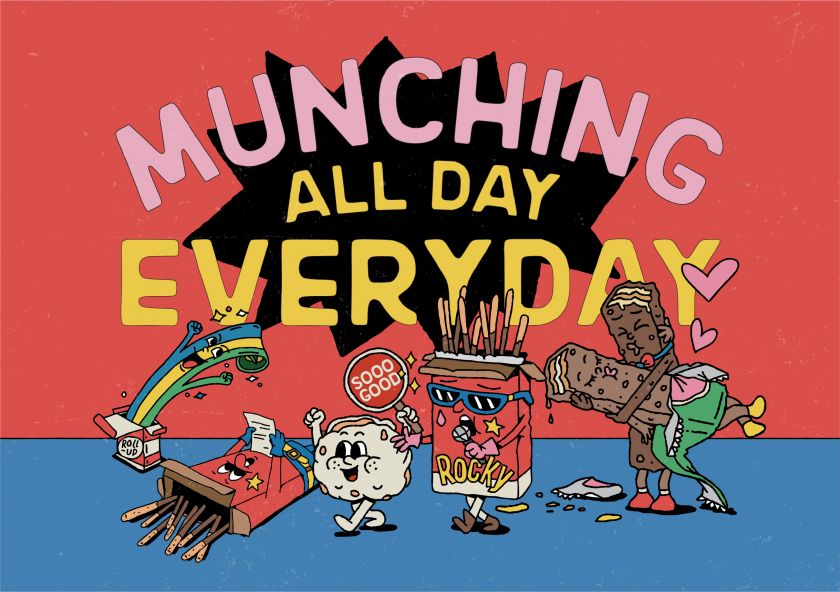 Vietnamese snack brand The Munchies Box has collaborated with ChoChoi Creative to create an entertaining, vivid and retro brand identity for its array of tasty treats. And the results are a nostalgia-packed feast for the eyes.

Launched under the funky name ‘Into the Groove’, the distinctive brand identity sees familiar sweets turned into a kingdom of cool characters. Designed for The Munchies Box snack box, the positive branding is also peppered with positive quotes to spread love into the air.

“The characters are based on distinctive traits, and each member is put into either funny or awkward yet down-to-Earth situations, with their cute persona shining through in our illustrations,” says ChoChoi Creative.

These characters include a pair of lip-smacking chocolate bar lovers, gun-toting police officers, and a cool-as-you-like box of Pocky sticks who comes complete with some trendy sunglasses. As well as being filled to the brim with personality, these characters also stand apart from the pack thanks to their old school illustration style.

This aesthetic is built on a foundation of low saturation tones and a slightly edgy look that takes its cues from ’80s comics. There’s even a Game Boy-Esque handheld console and chunky VHS tape to accompany the identity launch.

Set to appear on tote bags, pin badges, T-Shirts, stickers and face masks (this is 2021, after all), the Into the Groove identity is an in-your-face success without being obnoxious. 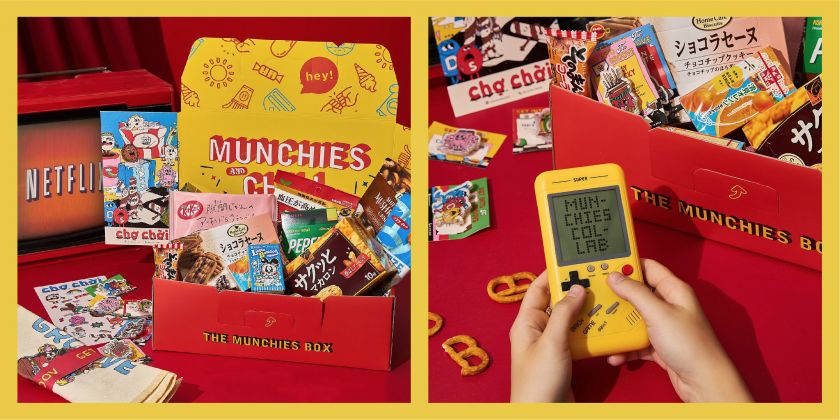 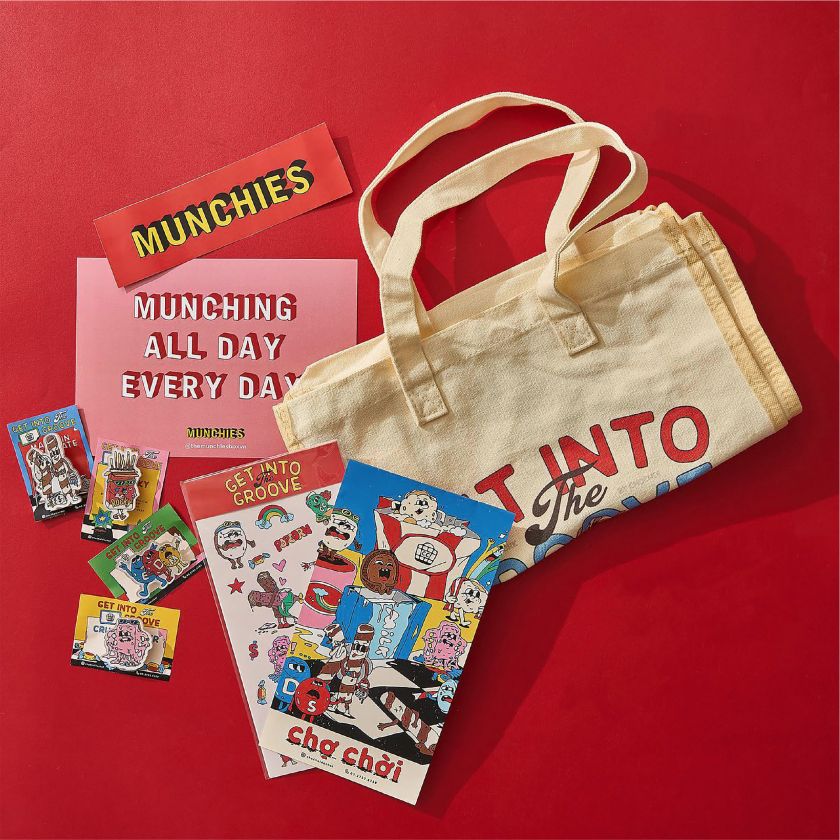 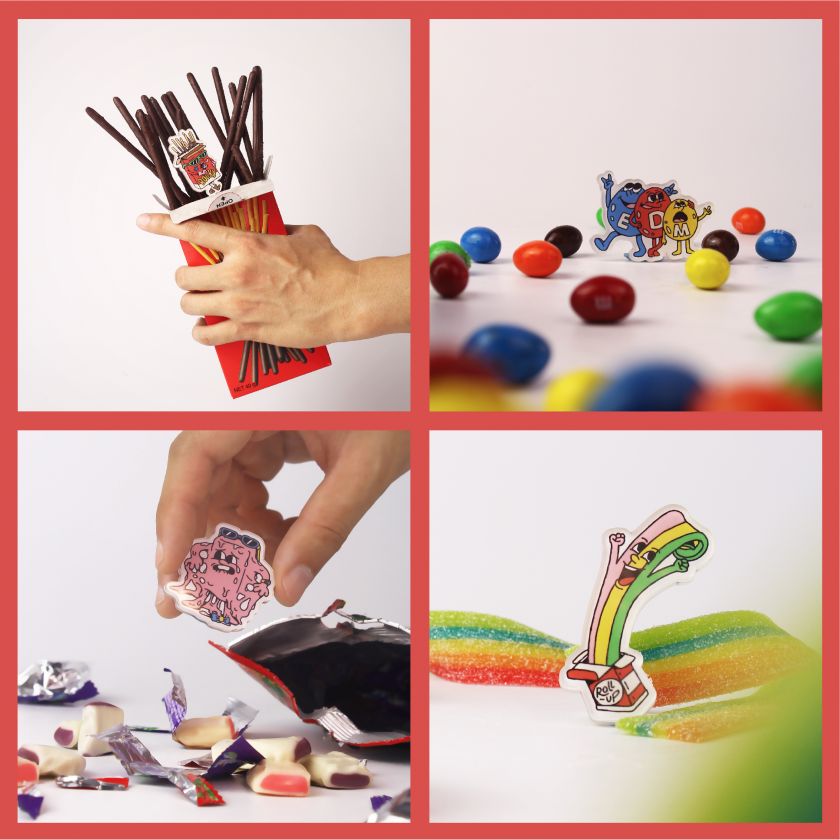 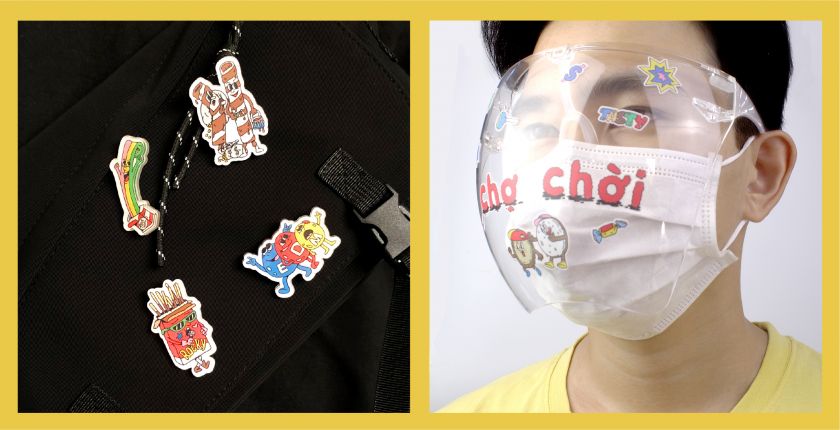 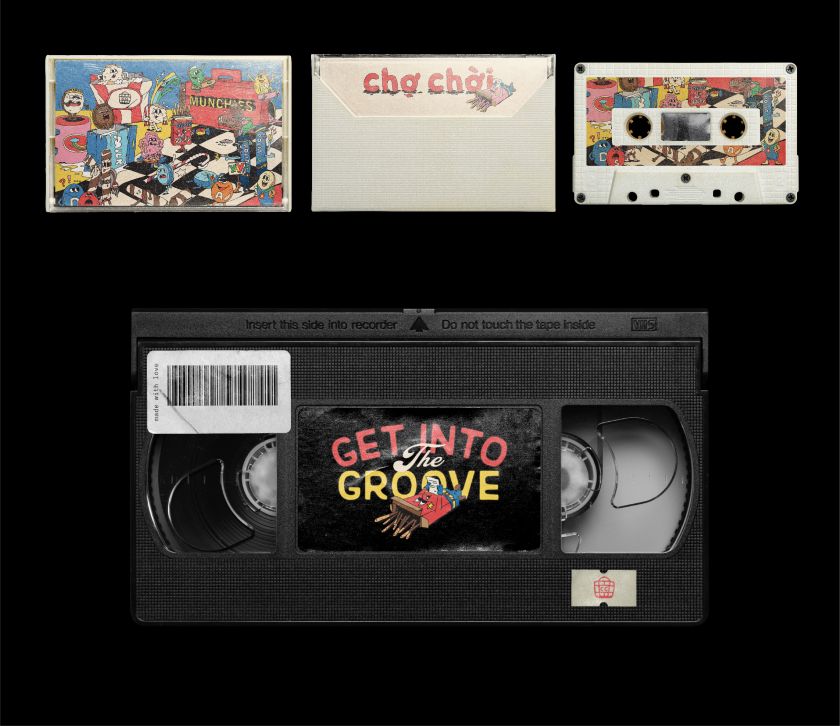 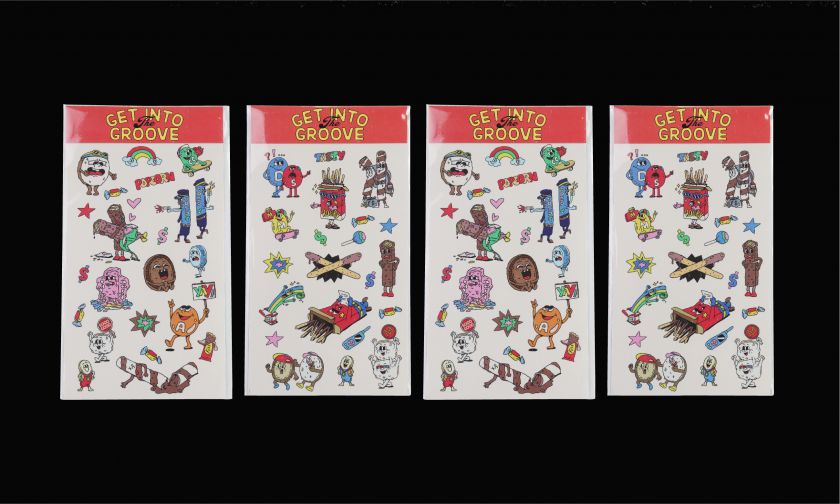