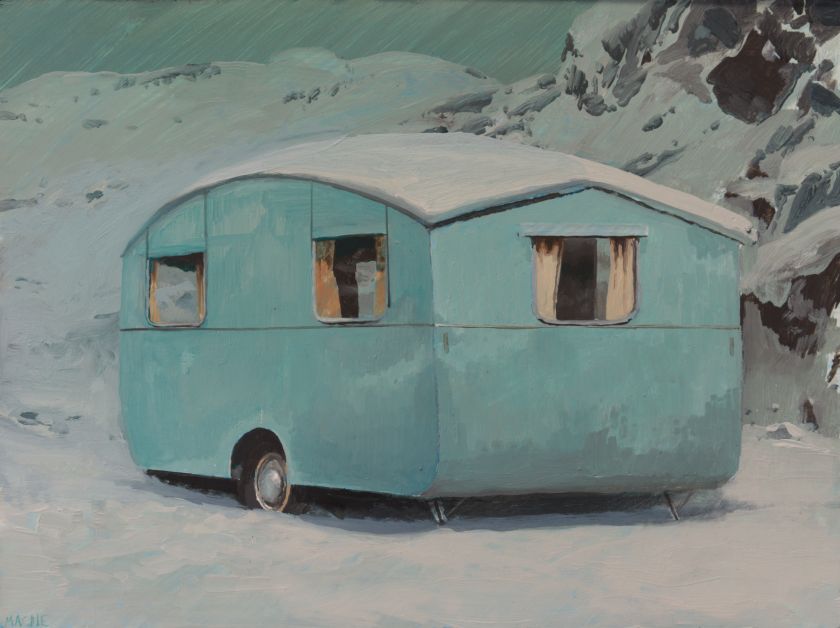 Kicking Covid-19 well and truly in the face and finding ways to adapt, the series is also timely as it’s called Splendid Isolation and includes artworks of lonesome caravans, something McIntosh has painted for many years. He considers their curious appeal as a miniature world within a world: a vessel for the intrepid, a means of escape, and a place for cocooned isolation.

Andrew’s interest in caravans came with a shift in his work several years ago following the birth of his first child. At the time he was predominantly painting Highland landscapes inspired by his native Scotland, but a chance encounter with a Sylvanian Families doll’s house piqued his attention. It was their removable walls and regimented compartments that stood out, and caravans quickly followed.

Caravans tend to crop up in the most unlikely places, often in hostile landscapes. They are a means of escape, too. McIntosh’s new series of caravan paintings takes this sense of survivalism as a theme. Some of them are camouflaged, hiding in plain sight in a dense forest or in a field. Others sit sunken in the snow at the forest edge or in a gulley in the mountains. Interestingly, in this new series, there are no walls removed, and so we must exercise our imaginations to peek inside. 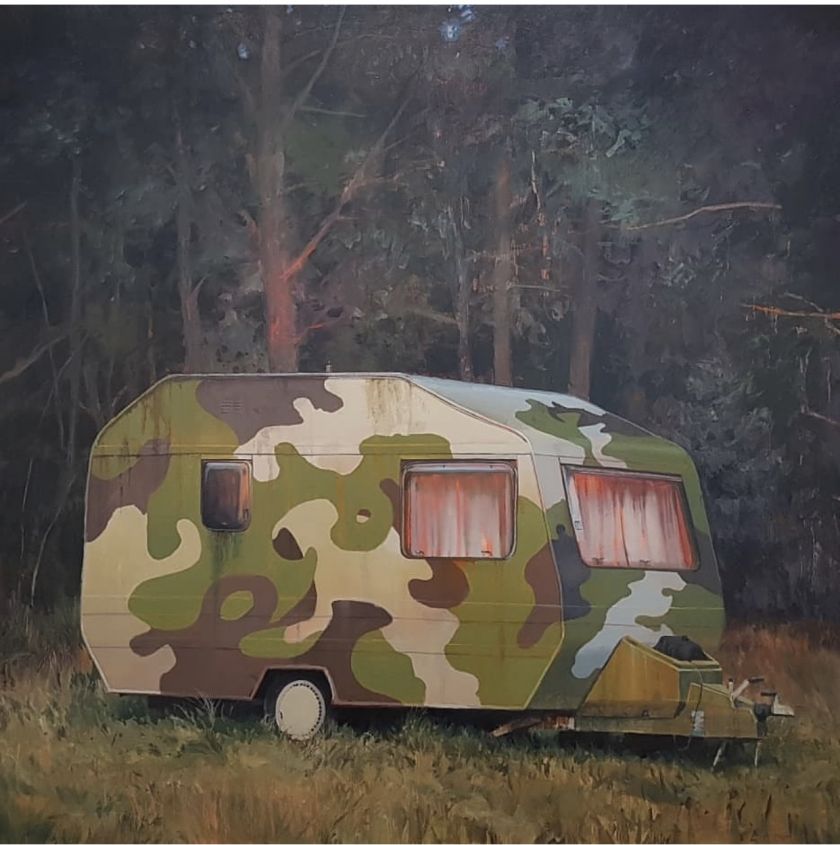 I Know We Can Make It © Andrew McIntosh 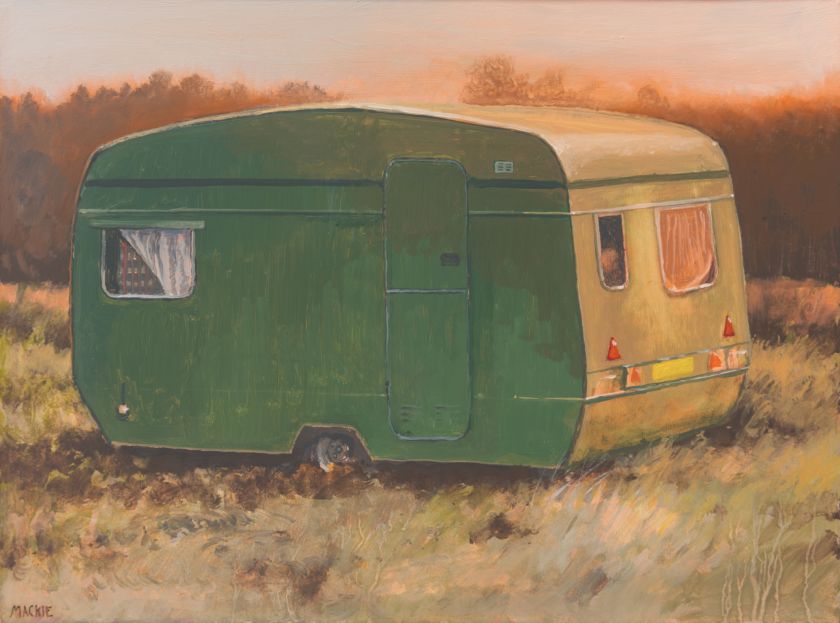 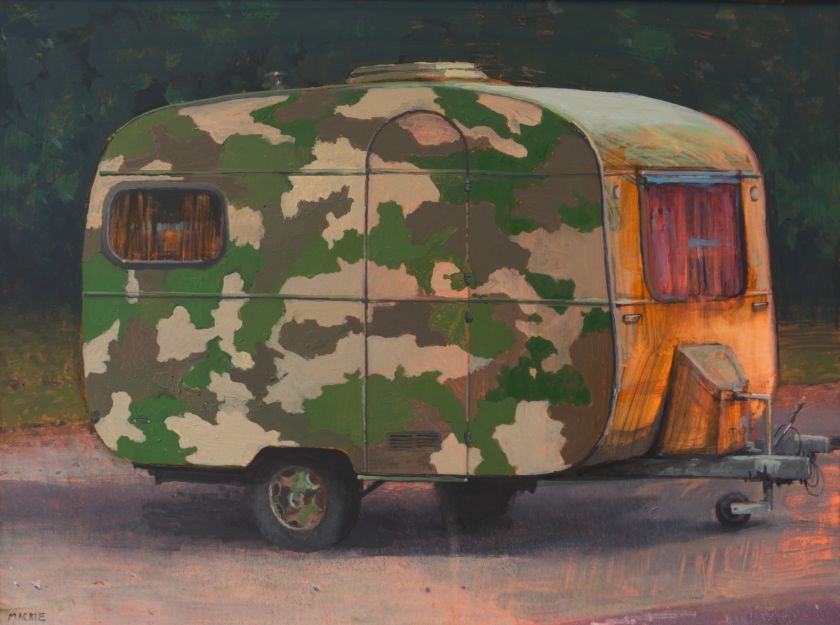 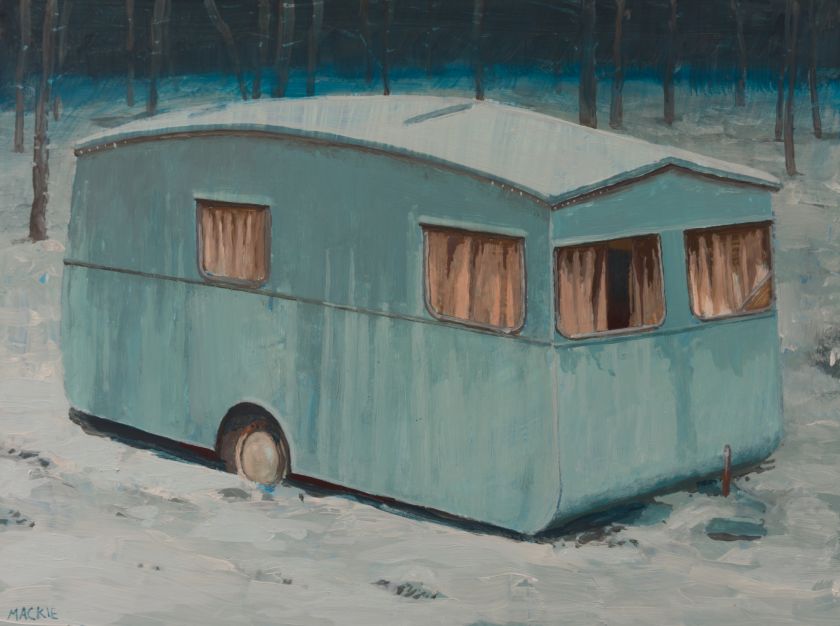 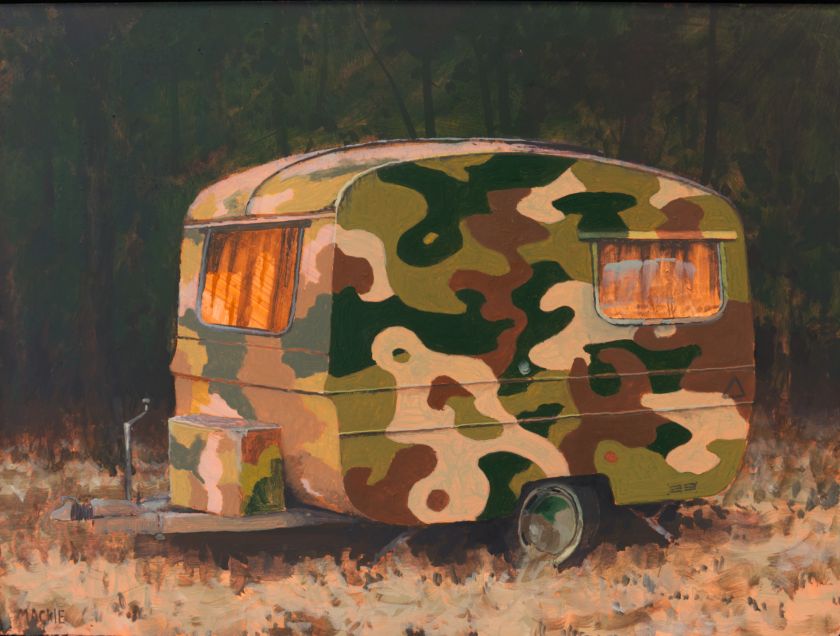 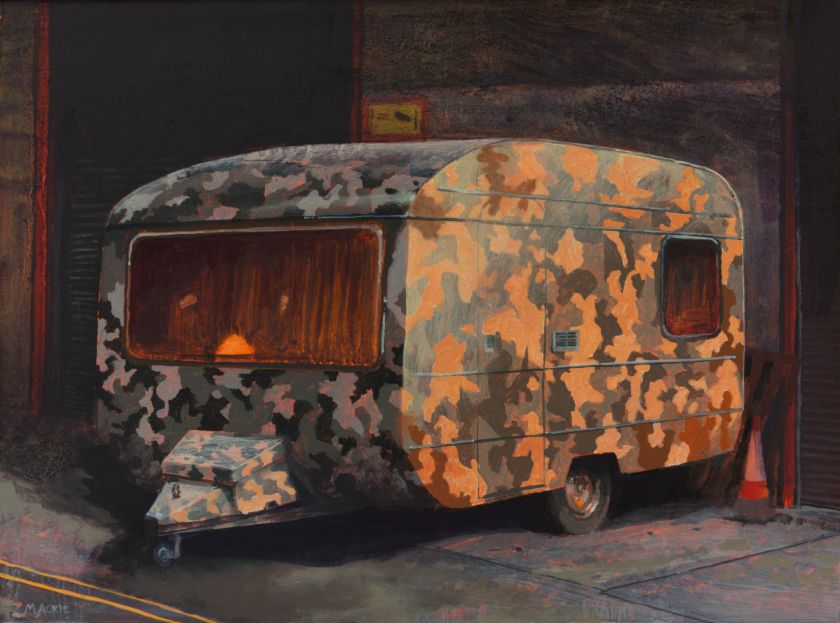