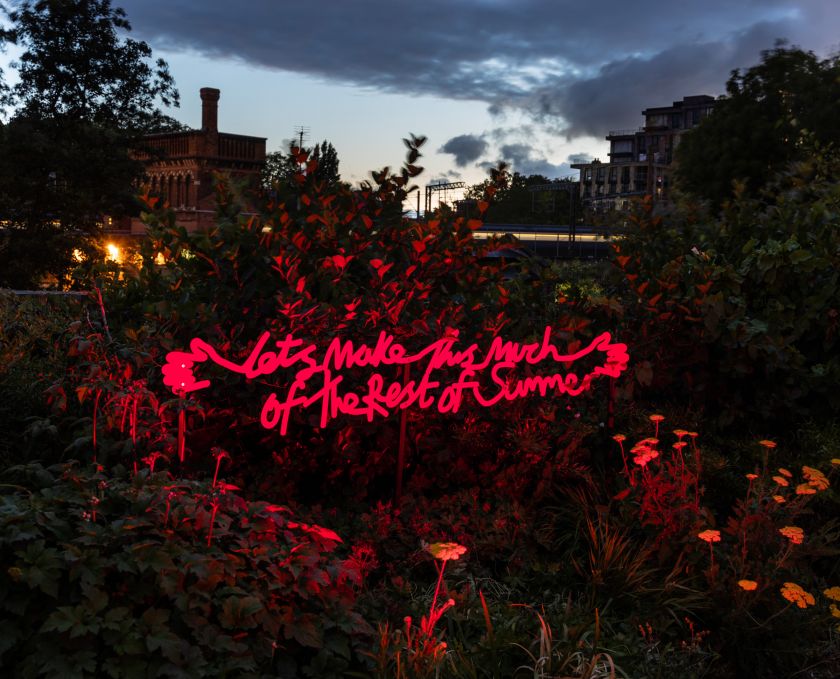 To celebrate the “reawakening” of London, and the reopening of retail, dining and culture, King’s Cross has partnered with the renowned street artist Andy Leek to deliver a summer of public art that will bring positivity and fun to the 67-acre estate.

Andy has been given all of King’s Cross to use as his canvas during a three-month residency. He will be creating an evolving series of public artworks which spread optimism and fun and capture the public mood as the nation emerges from lockdown.

Widely recognised for Notes To Strangers – his hand-written notes which appear across London to deliver unexpected and uplifting messages to passers-by – Andy is going to create new artworks which bring joy to Londoners and visitors, and encourage exploration.

Andy hopes that as his residency unfolds, he will create “some serendipitous moments of delight”. He also plans to “work closely with the local community from my on-site studio to create something meaningful and representative of their experience over the last few months”.

Andy’s first installation on-site entitled This Much is inspired by the social distancing guidelines we have all followed for the last few months. Popping up across the estate, This Much takes the form of 28 outstretched arms with messages of hope and love between them.

Painted in day-glow, UV paint which glows after dark or coated in metallic glitter, pieces appear unexpectedly in amongst the gardens and parks of King’s Cross, while a landmark 40-metre installation in eye-catching laser-cut mirrored stainless steel takes over Battle Bridge Place adjacent to King’s Cross station. “I’m looking to find silver linings in these difficult times,” he adds.

“For all these months it’s been two metres of fear, loneliness and danger. I’m going to flip that into two metres of hope, positivity and humour. We all stayed apart to look after each other, to keep not only our loved ones safe but strangers we’ve never met. It’s so easy to take things for granted until we lose them, so it’s nice to hold on to that feeling of how much we missed loved ones as things being to return to some normality.”

Andy Leek’s residency will run through the summer to September. 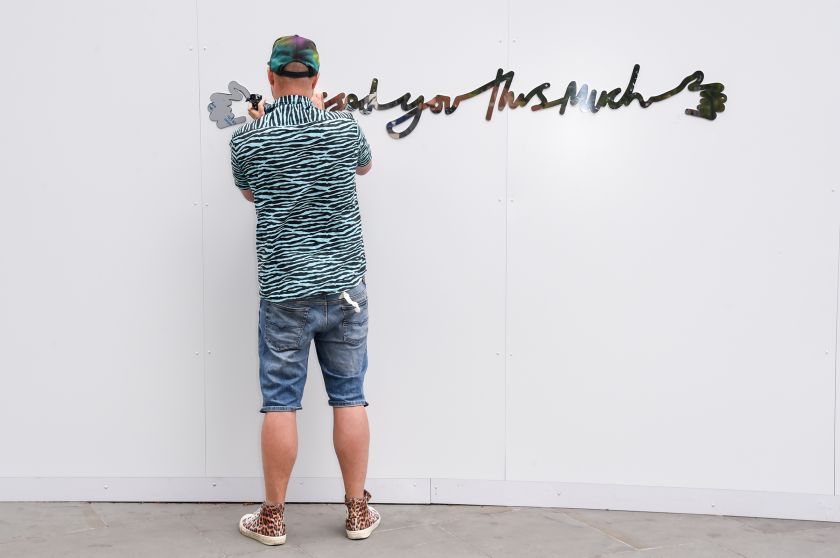 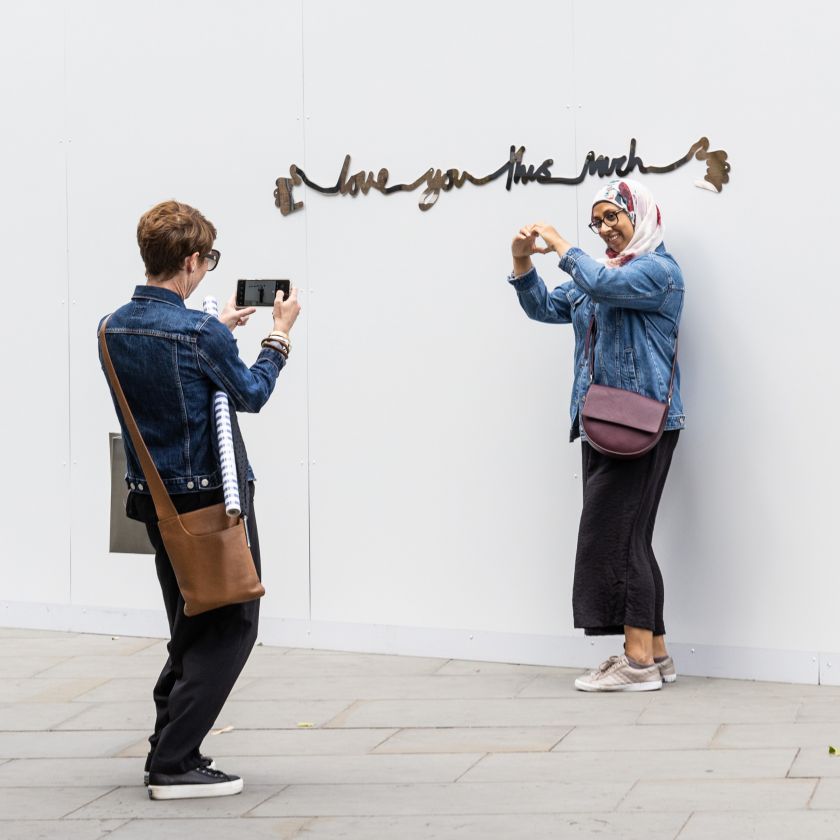 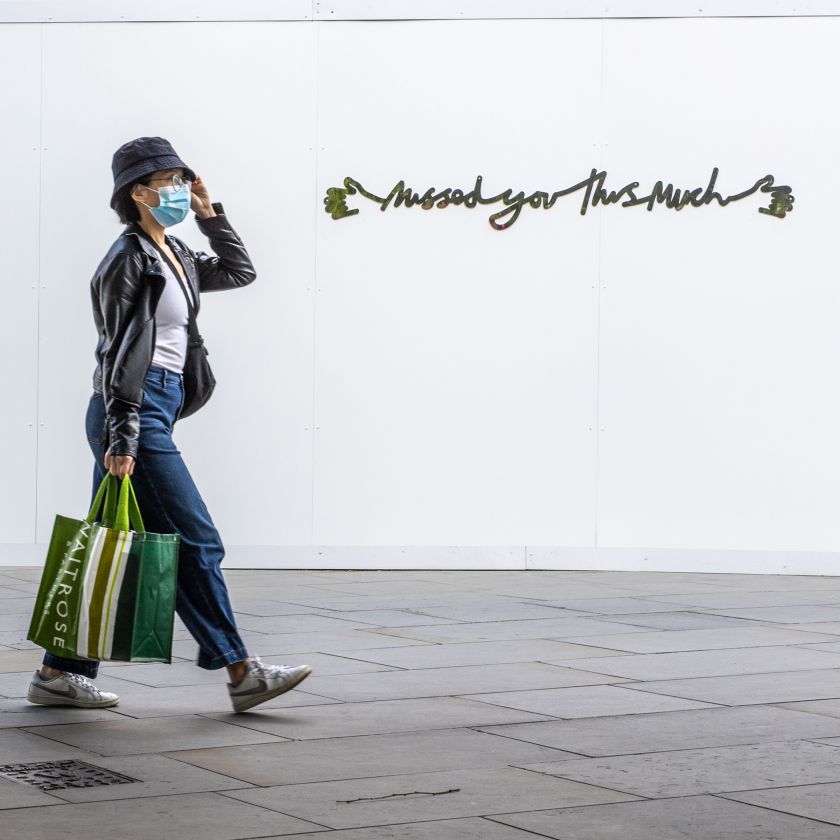 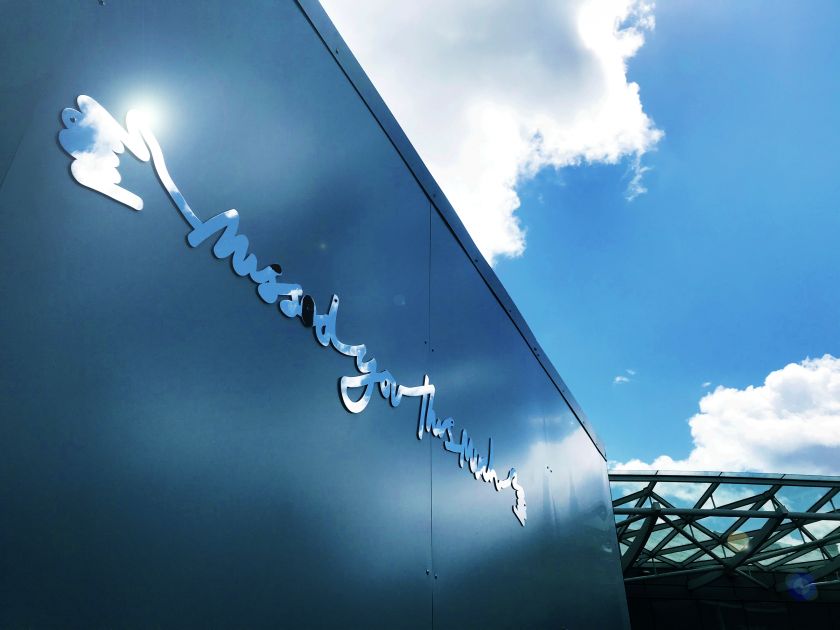 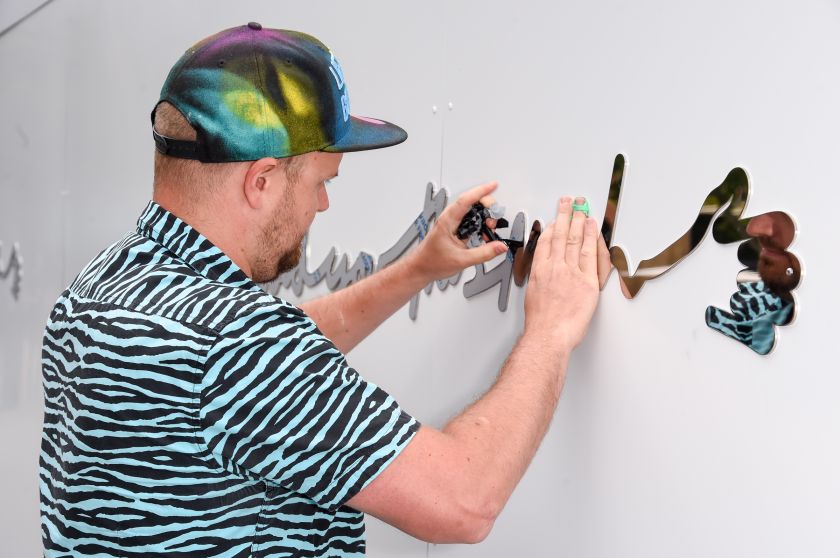 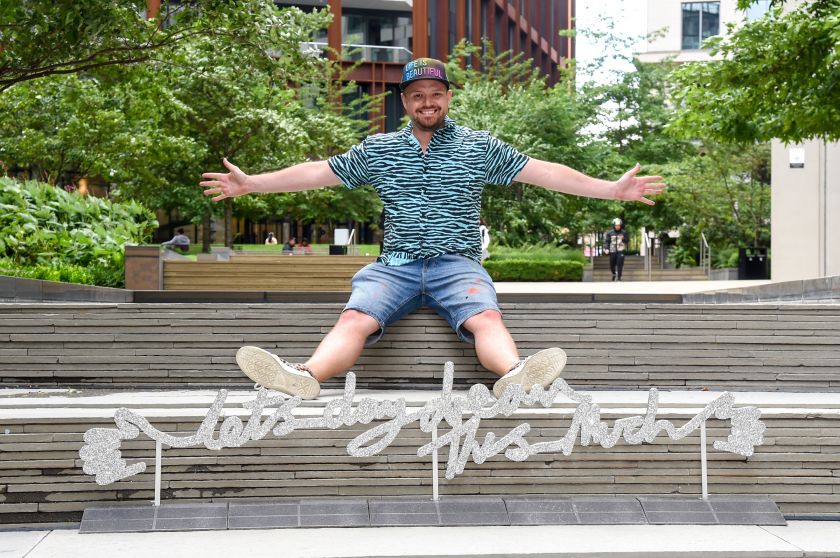