Earlier this year, designer Emmi Salonon, head and founder of London’s Studio Emmi, was one of a few designers approached by the Finnish Institute to discuss ideas for its celebration of the 100th anniversary of the birth of muscly gay icon Tom of Finland.

The idea was to mark his birth as Touko Laaksonen in Kaarina, Finland on 8 May 1920 and highlight his continued legacy in the LGBTQI+ community and popular culture with a week-long festival to take place in London. It’s a city which, according to Salonen, he had “a passionate love affair with.” He even considered changing his name into Tom of London at one point.

The meeting with the institute was pretty informal, with designers invited to talk through possible ideas for the event as a conversation rather than a visual pitch. “They liked the direction I proposed, and the consideration I gave for the overall mood – and so I was given the project,” says the designer.

Sadly with the Covid-19 pandemic, the physical festival was cancelled. Instead, Tom of Finland was celebrated online, with fans and LGBTQI+ history fans taking up the #TOMs100 hashtag, spreading “joy and cheekiness,” as Salonon puts it.

The designs looked to move away from solely focussing on the sexual side of Tom, instead of aiming to create an event that was welcoming for a wider public, including possible family events.

“I chose to hero joy in the design: I wanted it to feel like a celebration of inclusivity and equality, where all shapes and sizes are welcome,” Salonen explains. “It needed to feel happy and uplifting in the times of lockdown, like a birthday party, and be playful in character – eye candy with pastel colour palette, hinting cheekiness and sexuality between the lines.”

She adds that it would have been easy to keep the design in only black and white, as all the Tom of Finland artwork is monotone. But the sharp contrast adds to the playfulness that’s augmented by heavy black typography. “The client was keen to overline the word ‘Finland’ and place London near it, to mark the location of the events (even online),” she adds. “This was done typographically in the event logo which worked well against the leather wear in the drawings, keeping the statement bold.”

The Finnish Institute was chuffed with the final fun feel of the work and its easy applications across all materials and social media posts.

There will be further events this Autumn, so make sure to follow #TOMs100. 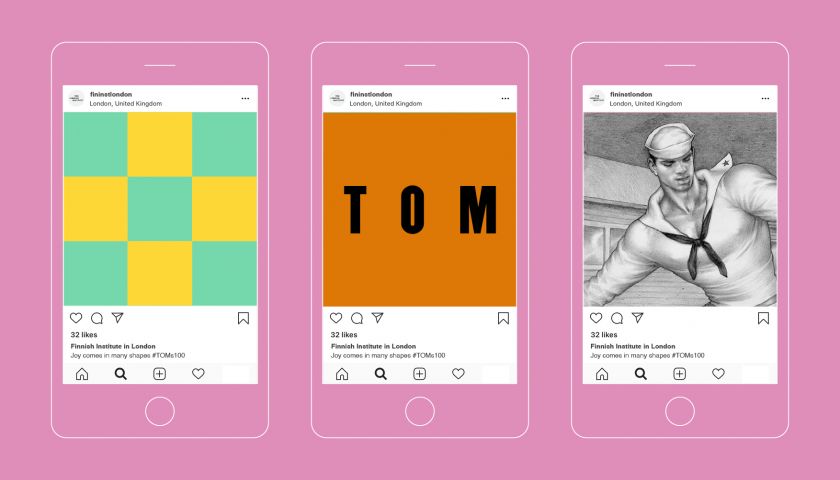 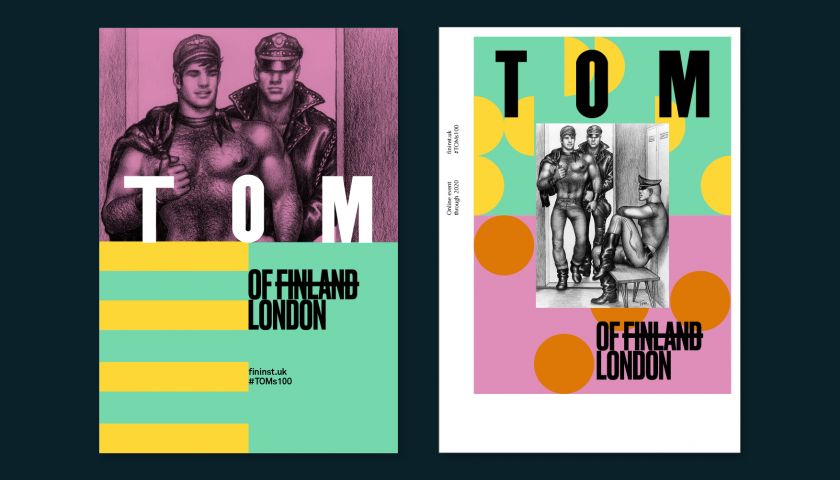 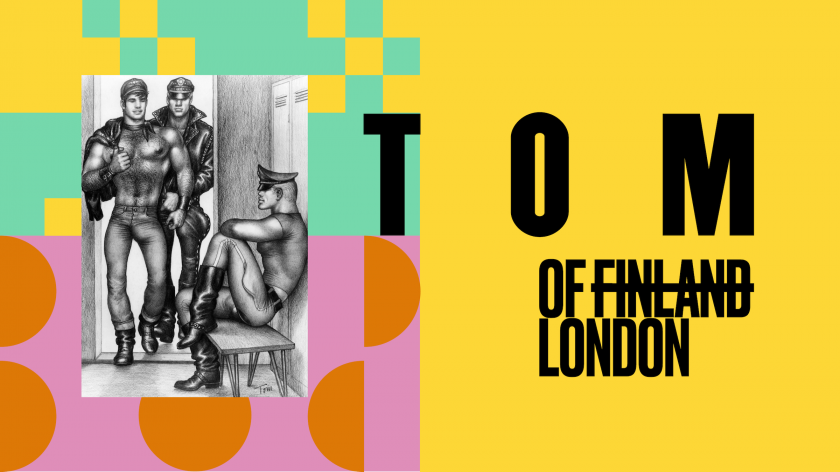 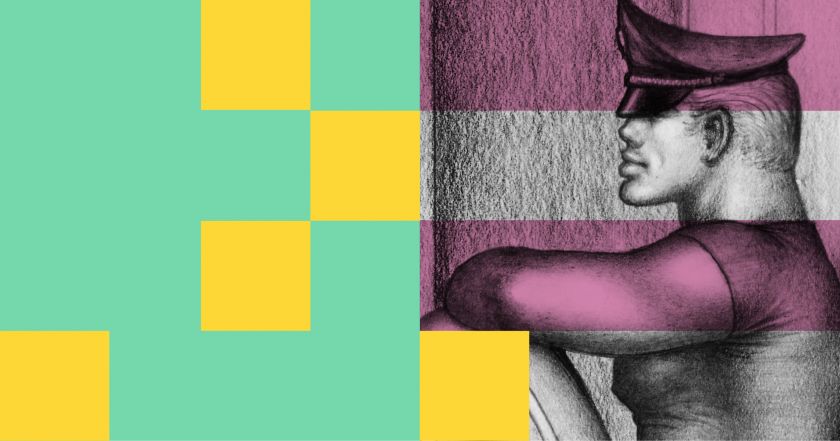 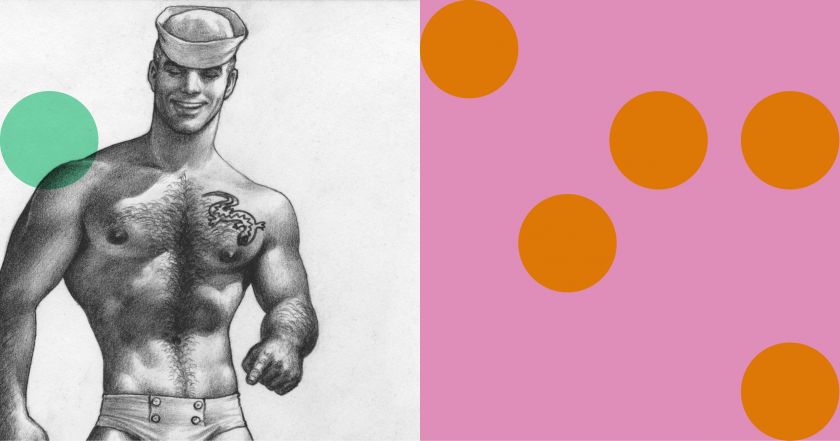 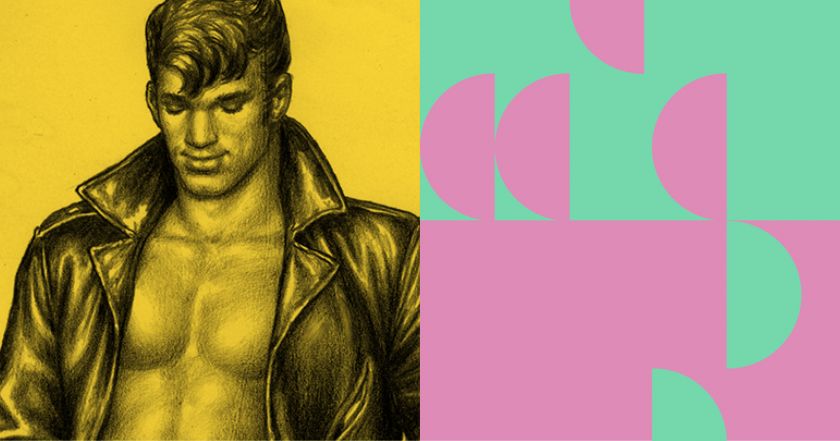 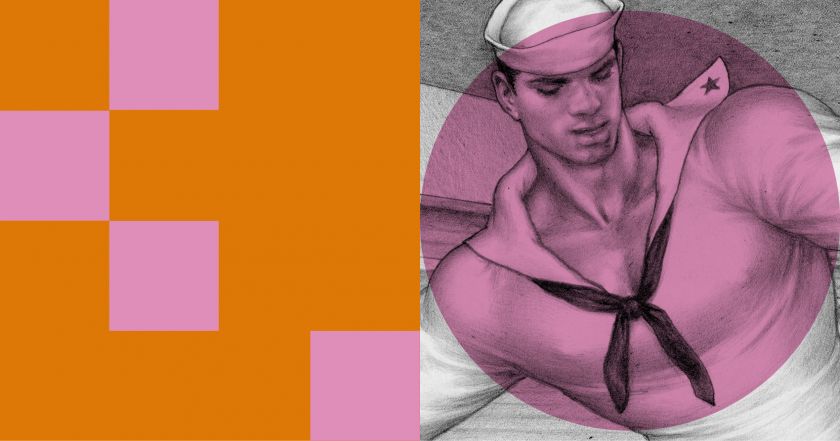 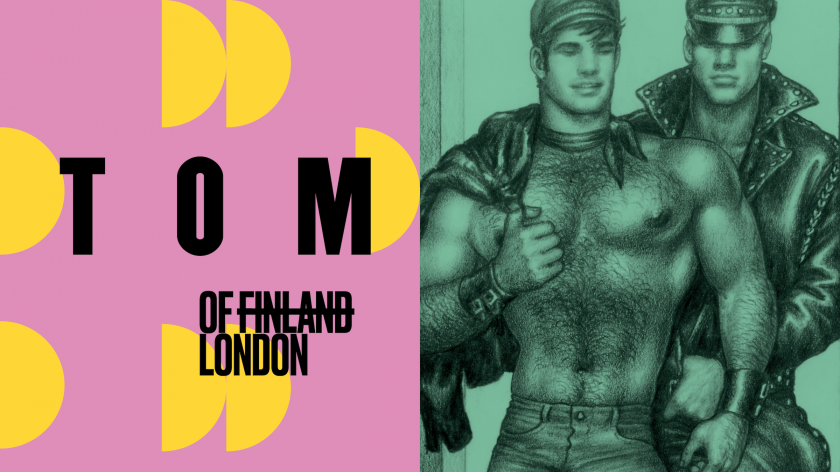