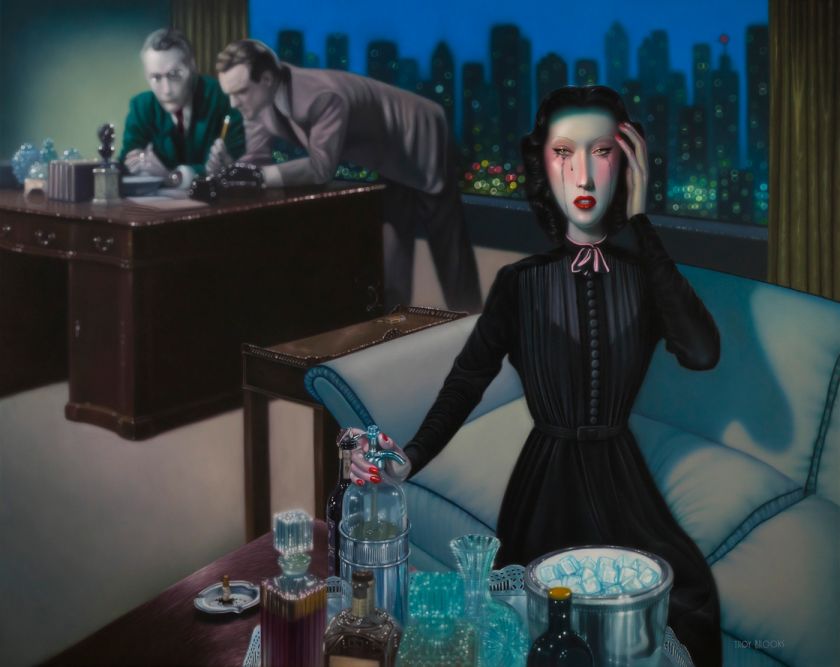 Contemporary surrealist artist Troy Brooks is known for his portraits of elongated women, influenced by a mixture of classic Hollywood imagery and ancient mythology. His latest series, Through A Glass Darkly, continues that popular theme with fresh paintings of glamorous female characters, as eerily seductive as they are intensely emotional.

Based in Canada, Troy’s impact on the pop-surrealist movement is widely recognised. One critic described his work as “gender-questionable, powdery oil paintings of pin-tin (and pinch-faced) ‘ladies’, malicious matrons who appear to have walked out of an Edward Gorey illustration after raiding Johnny Depp’s Alice in Wonderland costume rack.”

“Besides female characters being the eternal protagonist in my work, another central component has always been the dazzling glamour and grandeur of old Hollywood,” Troy says. “From the world-weary vamps of the silent era to the elegant clothes horses of the ’30s to the square-shouldered career woman of war-time women’s pictures, these personas monopolised my imagination.”

Troy claims this interest in classic cinema began at an early age when he would spend hours in his local library, sketching ghostly actresses from huge photography books. “The first old film I remember seeing at four years old was Whatever Happened To Baby Jane, a gothic tragedy that haunted me with its twisted decayed glamour. It would ultimately have an enormous impact on my creative tone,” he adds.

Of all the genres of classic cinema that Troy has incorporated into his work, probably the most consequential has been film noir. “With its atmospheric tension and hard-boiled glitz, this brooding style of visual storytelling crammed a litany of narrative details into each frame surrounding its phantom temptresses. These films taught me everything I know about composition and light. I was particularly intrigued by how the absence of light seemed to illustrate a complicated narrative. One carefully placed shadow over the left eye could communicate a secret. A shadow over both eyes seemed to indicate a burden.”

Through A Glass Darkly is on show at Los Angeles’ Corey Helford Gallery from 22 August. To find out more about Troy, visit www.troybrooks.com. 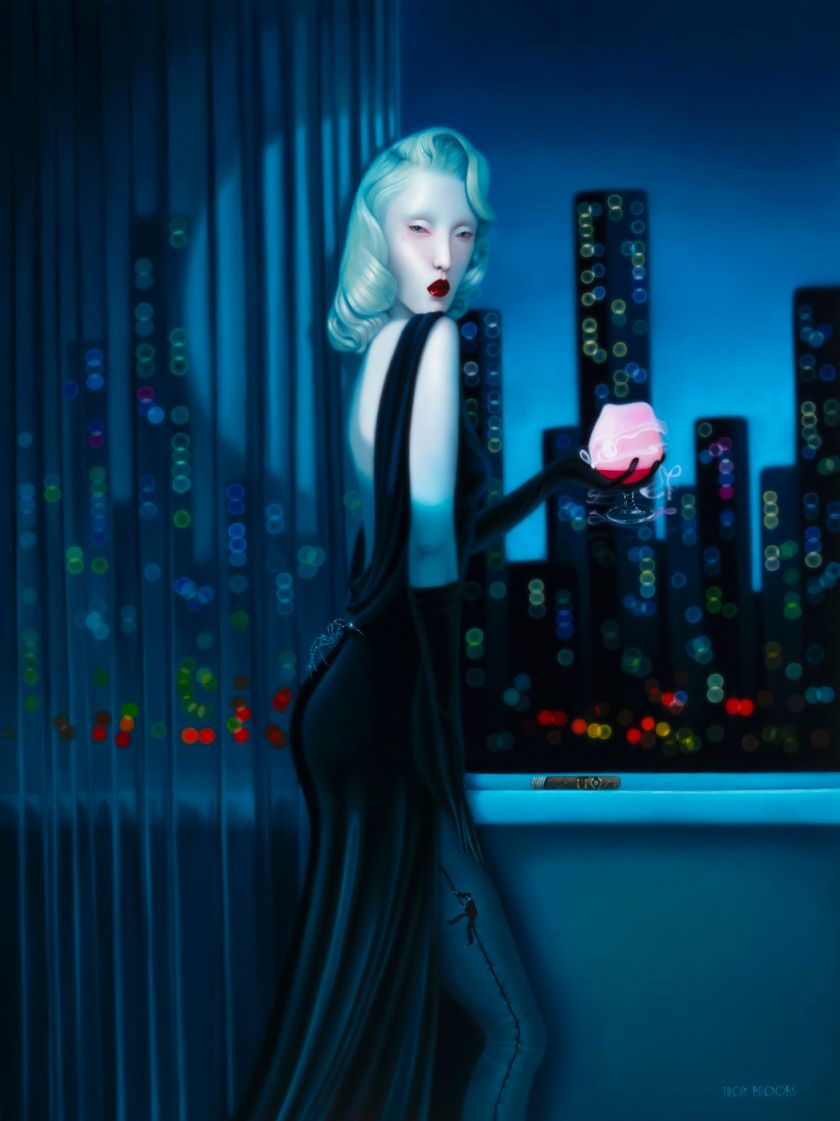 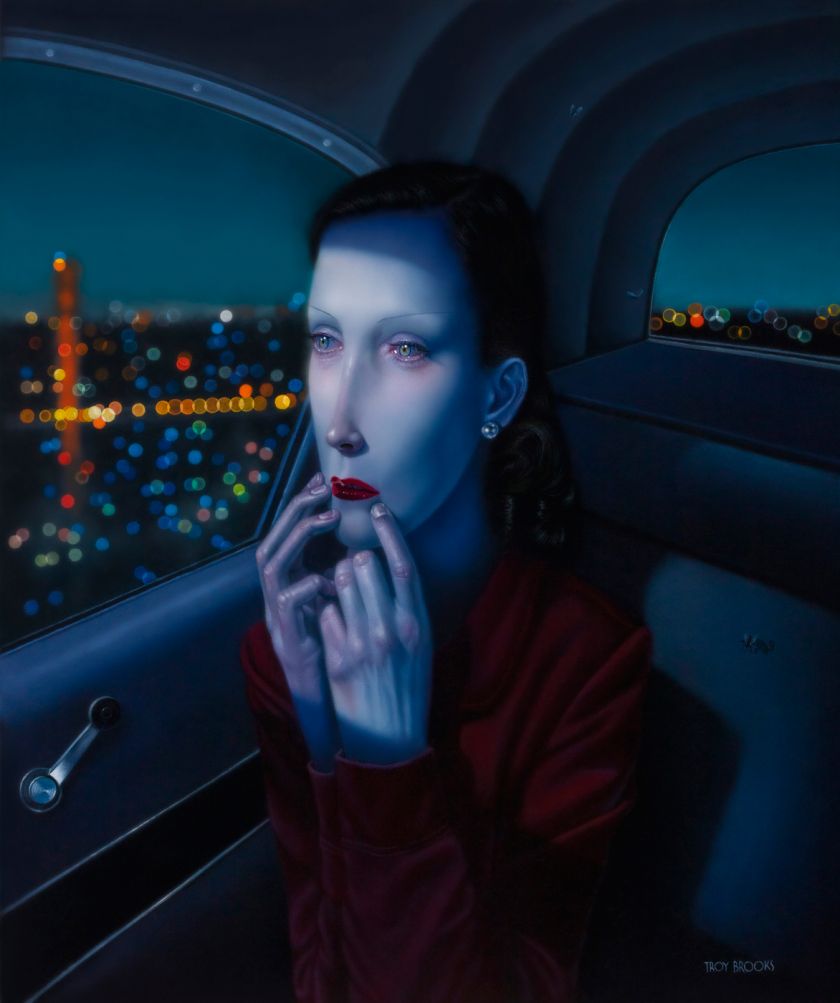 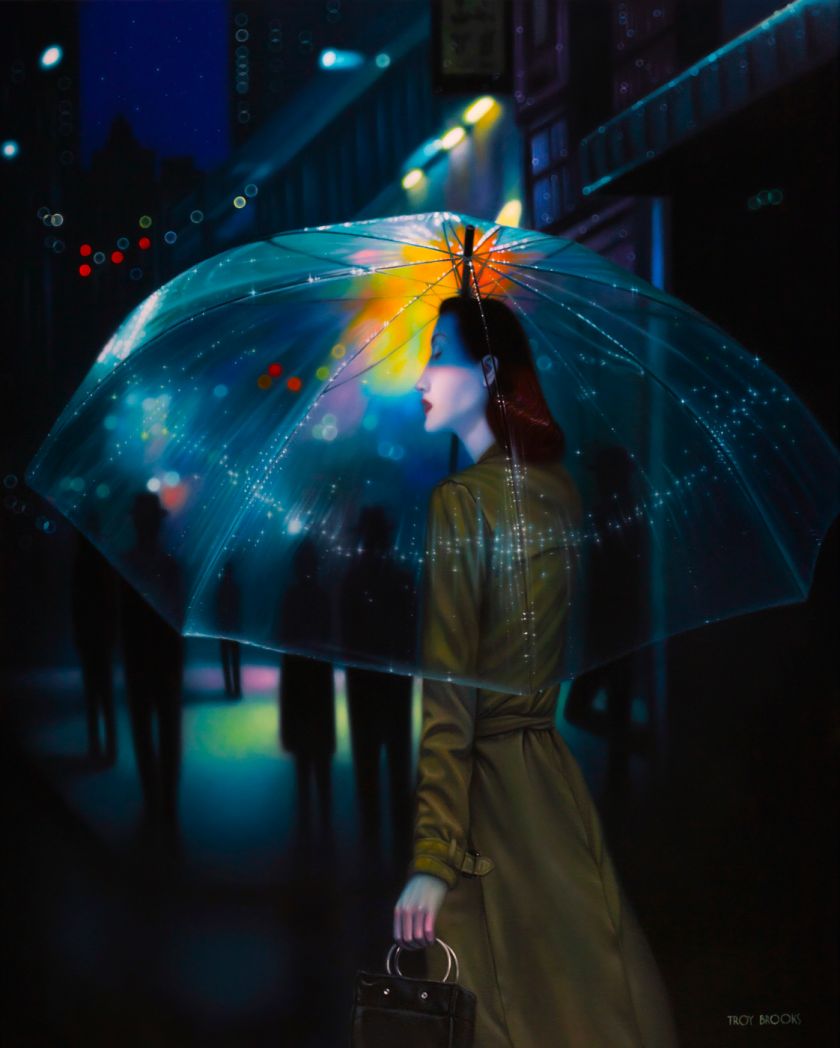 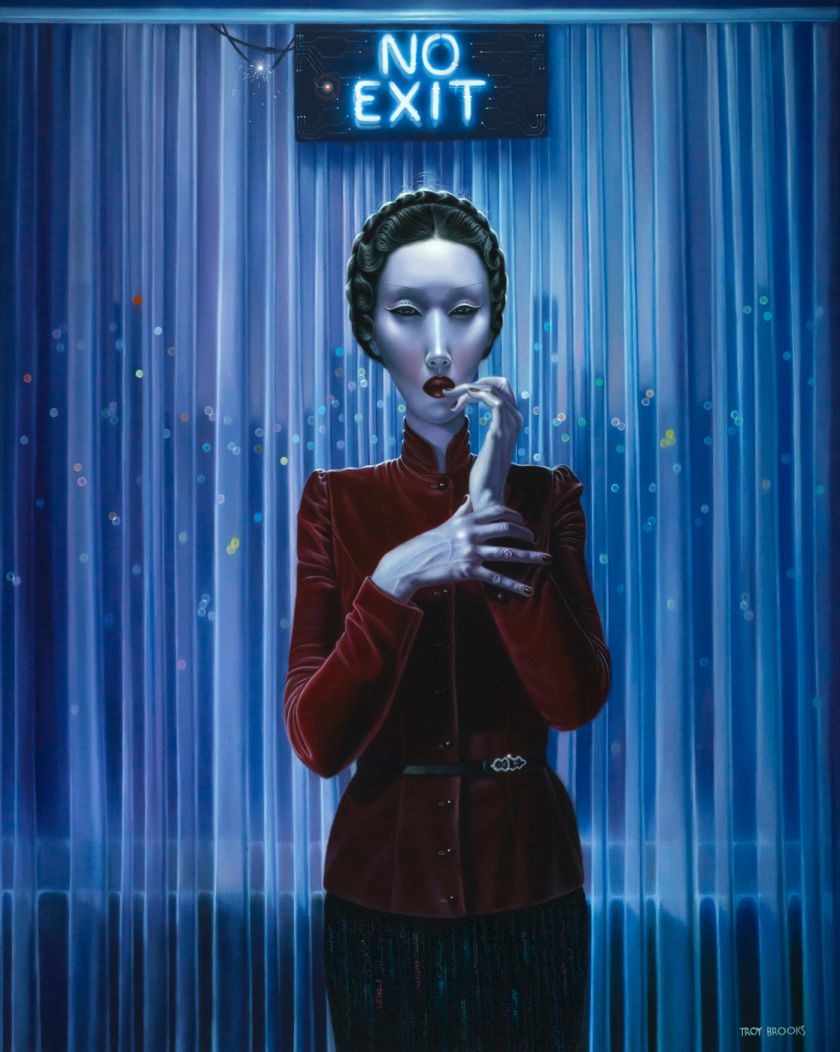 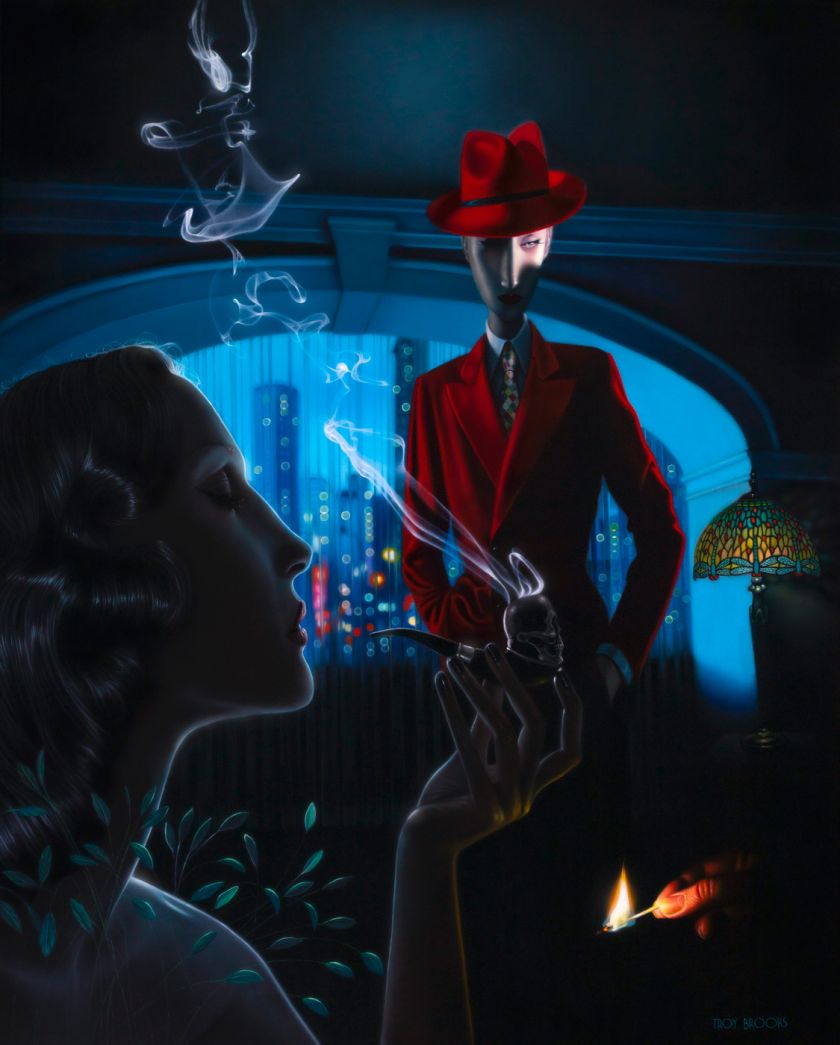 The Devil is a Woman © Troy Brooks