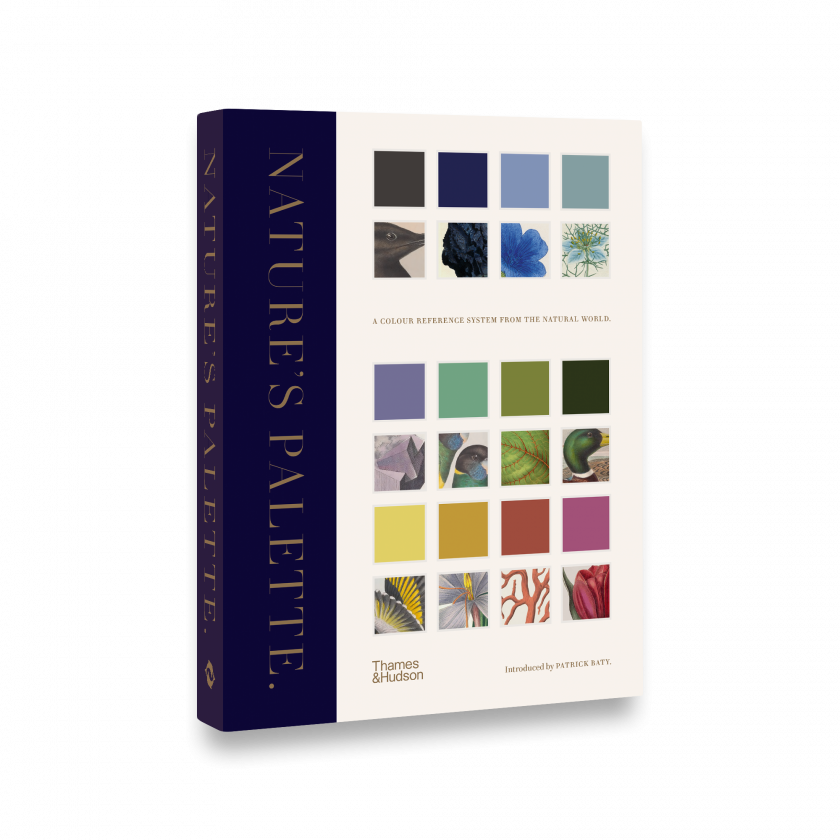 What can 21st-century creatives learn from the mid-1800s? Quite a lot, it turns out, when you consider the findings that were made then around chromatic pairs and colour theory, and taking a very designer-ish approach to viewing the world around us.

This month sees the publication of Nature’s Palette by Patrick Baty, a weighty tome that acts as a colour catalogue for the natural world. Throughout the book, which features around 800 illustrations, colour swatches are matched with their originators across the animal, vegetable and mineral kingdoms. 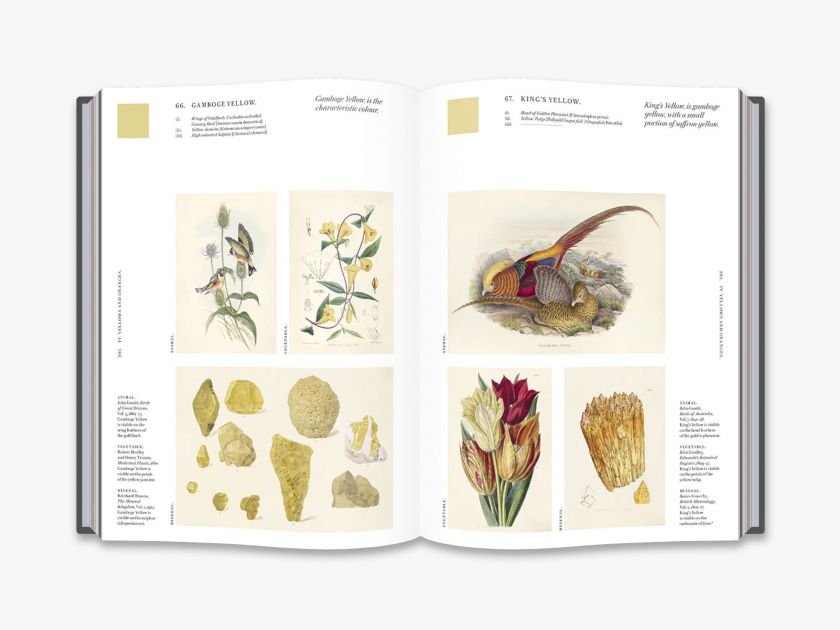 The release of Nature’s Palette marks the 200th anniversary of the publication of Scottish flower-painter Patrick Syme’s expanded edition of Werner’s Nomenclature of Colours in 1821. The revolutionary reference book aimed to create a universal colour reference system that could identify, classify and represent species from the natural world.

While this volume showed Syme’s field guide of 110 standard colours, in Nature’s Palette, for the first time, these colours are fully illustrated with 19th century depictions of the species Syme references in his book.

This wealth of imagery is also accompanied by expansive text detailing the uses and development of colour standards concerning zoology, botany, mineralogy and anatomy. At the same time, specimens from contemporary collector’s cabinets (birds, butterflies, eggs, flowers, minerals) are matched to each colour swatch. 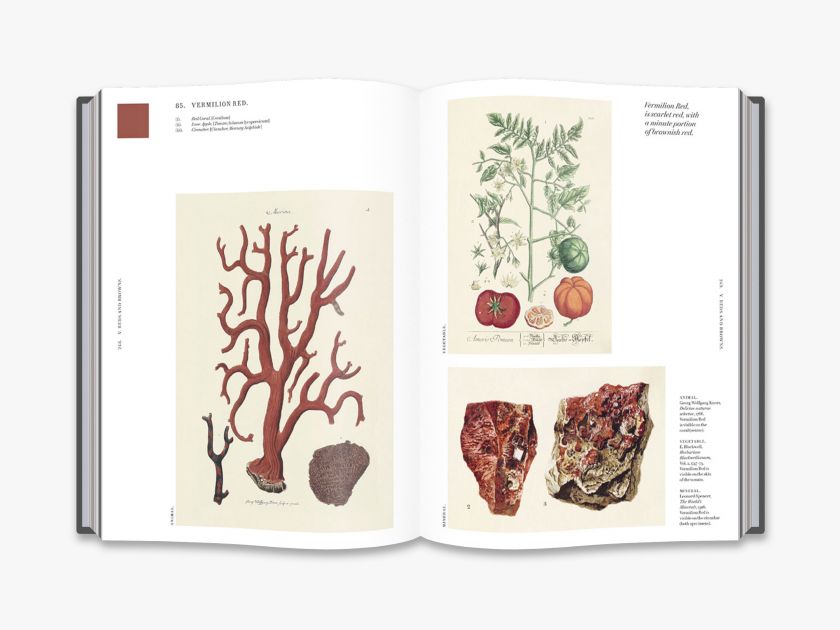 It’s a whole lot more interesting thinking of colour tones in terms of creatures and plants rather than minimalistic, two-dimensional blocks of colour: here, for instance, ‘Berlin Blue’ is found on the wing feathers of a Jay, Hepatica flower and in Blue Sapphire; ‘Tile Red’ in the Cock Bullfinch’s breast and Shrubby Pimpernel (we’re not sure what that is, but it’s a lot of fun to say).

Altogether, the book creates a stunning reference point for nature and for colour, which transcends its historical roots and is as fascinating now as ever for zoologists, botanists, scientists, artists and designers alike. 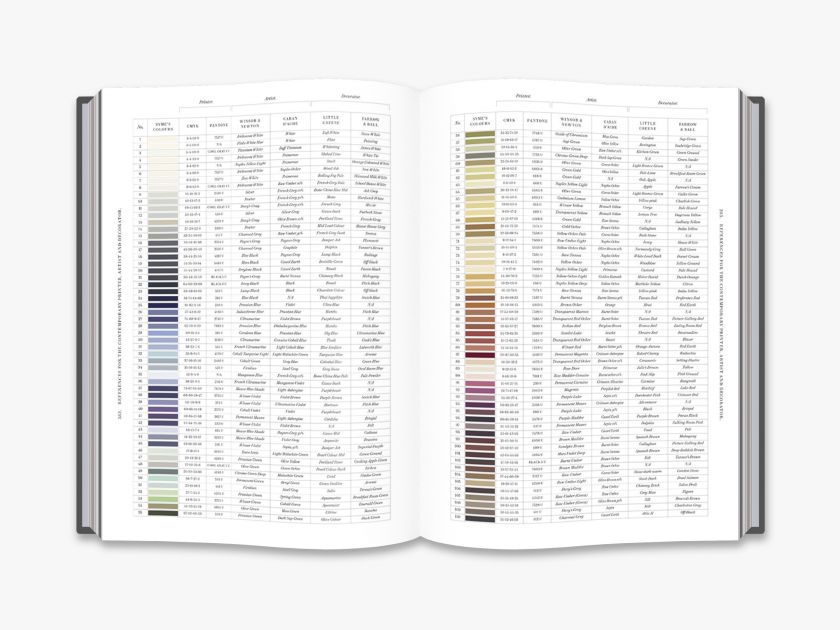 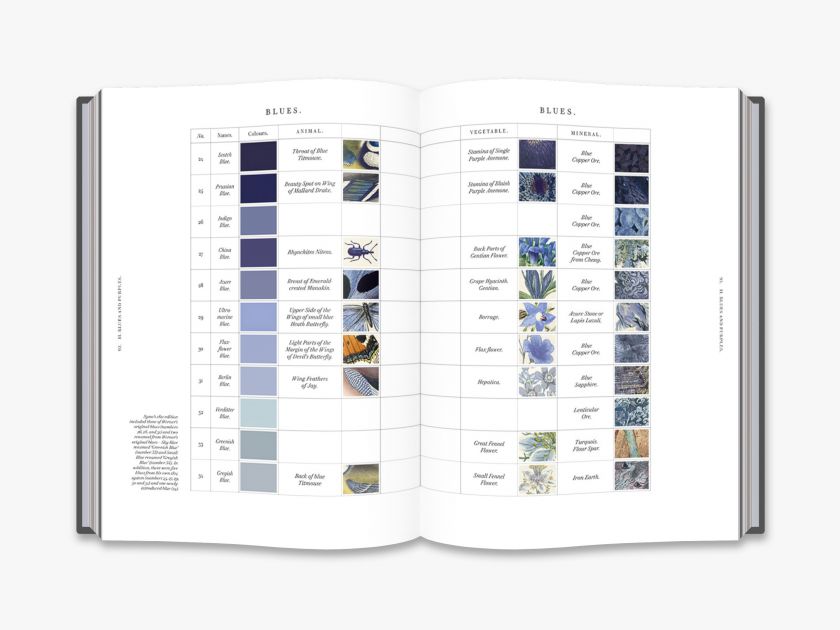