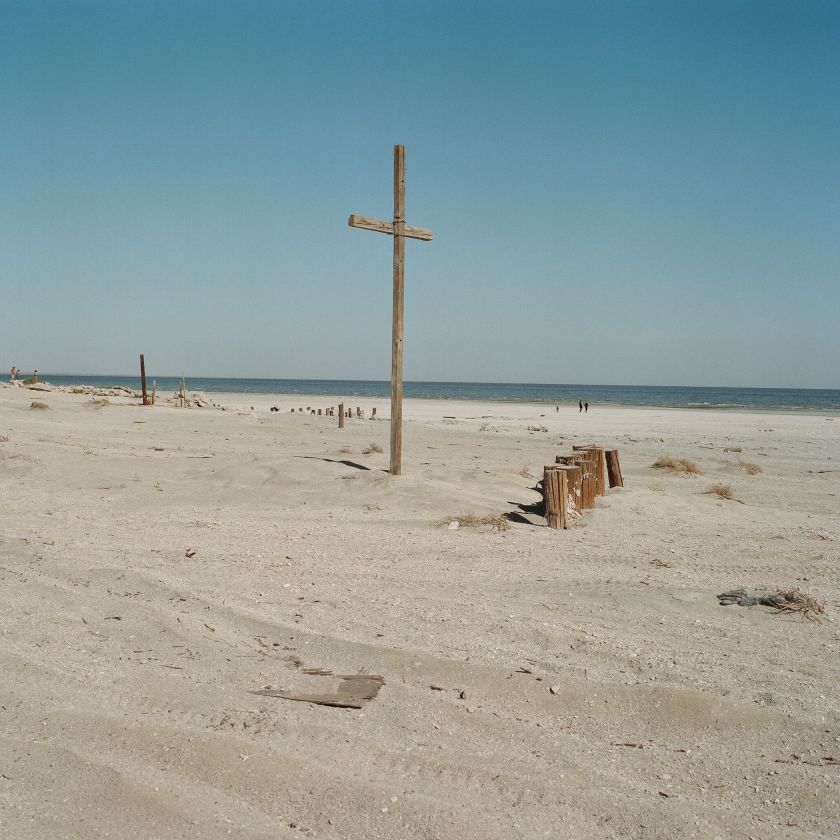 In her moving series, The Salton Sea, American photographer Debbie Bentley documents the last days of a dying California lake that used to be a popular holiday spot in the 1950s, attracting many of Hollywood’s stars.

Located just south of Palm Springs and north of the Mexican border, the lake was accidentally created in 1905 when the Colorado River breached and flooded into the Salton Sink. For almost two years, an abundance of water from the Colorado River kept pouring into the sink resulting in the creation of California’s largest inland fresh-water lake. The Sea would become an oasis for migrating birds and birders and a sportfishing paradise for anglers.

In the 1950s, the Salton Sea was transformed into a popular holiday destination boldly branded The Salton Riviera. It attracted millions of visitors, including celebrities, who flocked there for its water sports, swimming, and fishing. But by the 1970s, the Sea was receding at an alarming rate. As the sunbaked playa was exposed, desert winds kicked up the toxic dust containing remnants of fertilizers and chemicals carried into the sea and trapped there creating a severe air-pollution problem. This hot spot getaway turned into a crumbling ghost town.

Debbie, a self-taught documentary photographer born and raised in Colorado, first travelled to the Salton Sea in the mid-2000s to embrace the warm desert climate and investigate the area which piqued her interest. Speaking of her experience, she said: “The area was an oddity, full of dilapidated houses, rotting fish, and horrible smells. Despite this, I found the lake itself beautiful, vast, and haunting … such a dangerous beauty.”

She observed the realities (and failings) of ‘state dust remediation pilot projects’ attempting to find solutions for the toxic dust filling the air. At the end of 2017, California mandated water transfers to the Salton Sea ended. From this point forward, the Sea would recede at an unprecedented rate, releasing ever-increasing levels of poisonous particles into the environment.

Brought together in a new book, The Salton Sea is published by Daylight Books. In the book’s introduction, photo editor Mark Murrmann writes: “For a year and a half, photographer Debbie Bentley has documented what’s at stake as the inflow of the Sea turns into a trickle, and California’s largest lake dies. Given that the Sea has been locked in a slow death-spiral, essentially since its heyday of the ’50s, it’s not wholly accurate to say Bentley’s work captures the beginning of the end. The Sea has been dying longer than it was alive and thriving. But, with the end of the Sea fast-tracked by increased water diversion, Bentley provides crucial witness to its last days.

“Today, the communities of the region are largely low income. Resident’s exposure to the fine, airborne dust has caused the State’s highest rate of asthma in children. Should these children also become infected by covid-19, they could be put at risk of an even more serious illness.”

Debbie adds: “My work focuses on places, and the connection places have to the internal parts of people. People who live at a place, people who die at a place, and how as artists we need to see and record this connectivity.” 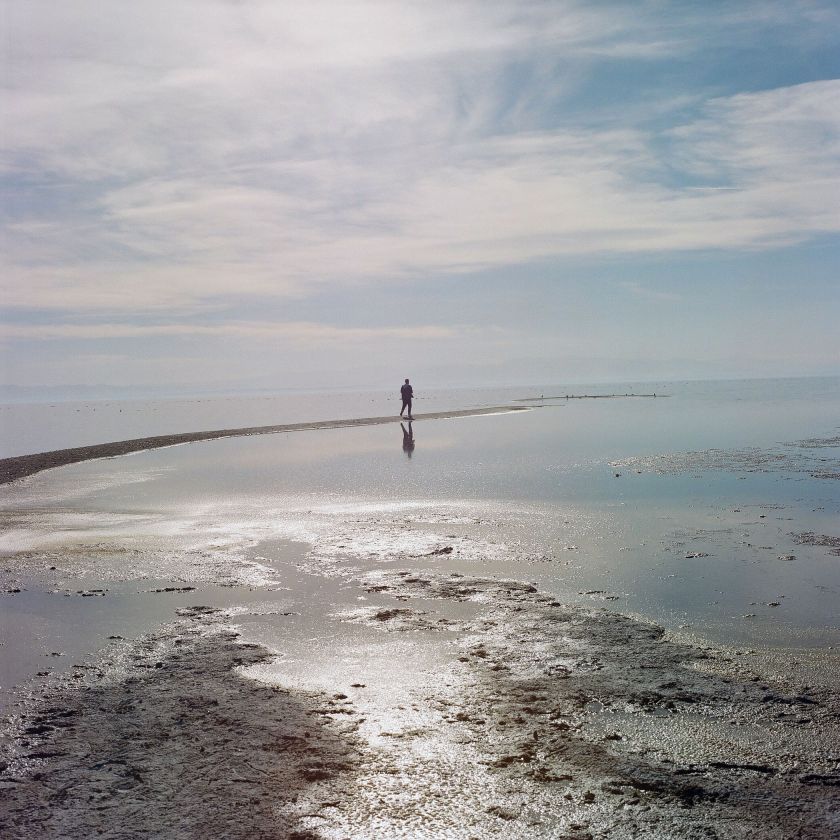 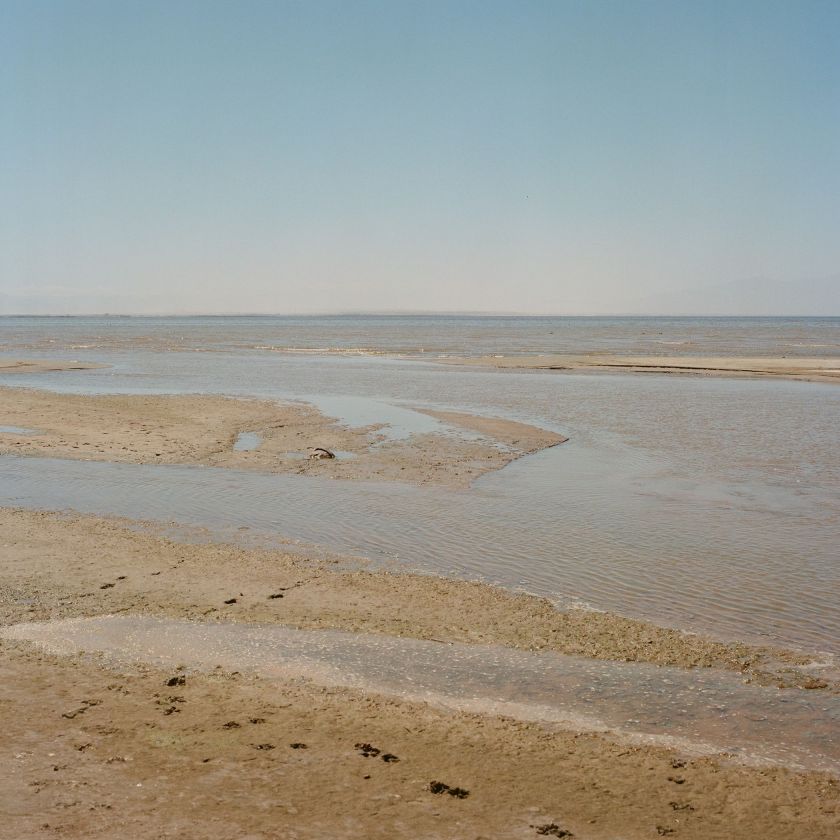 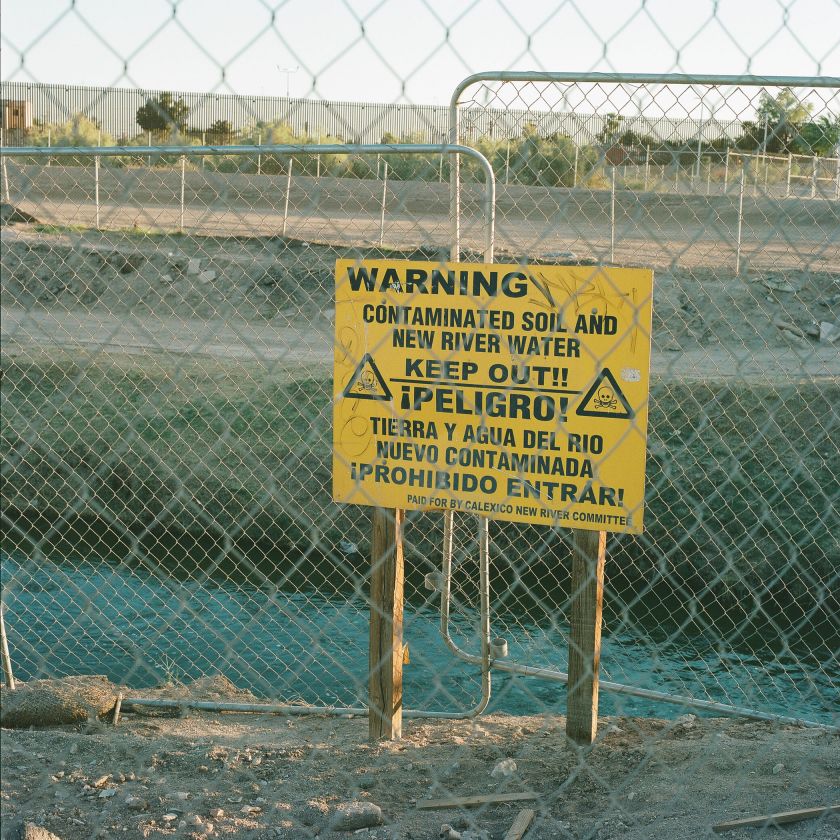 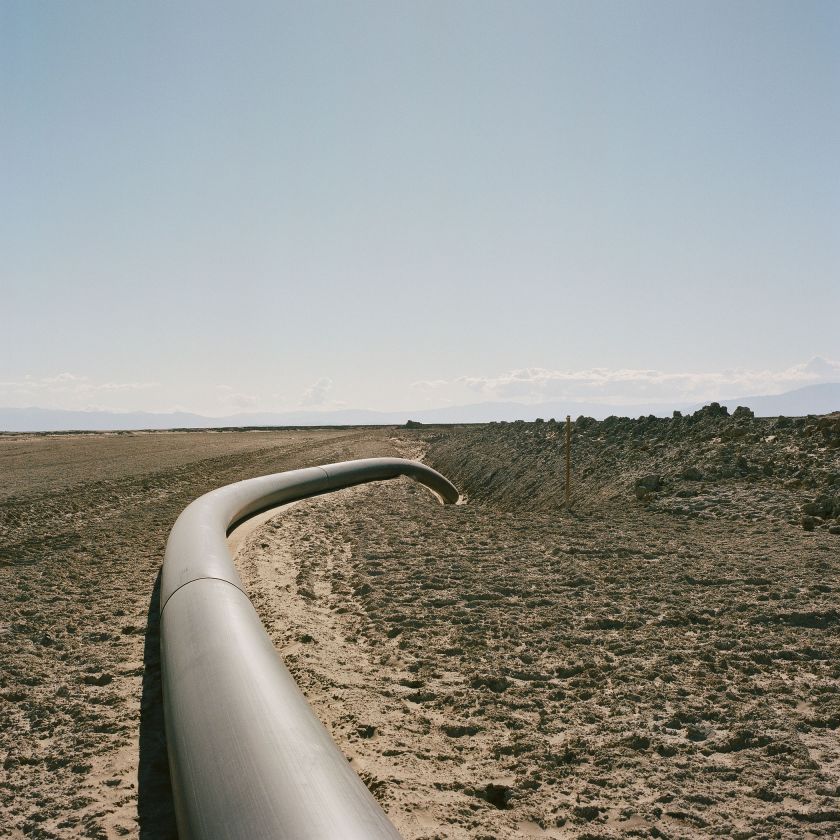 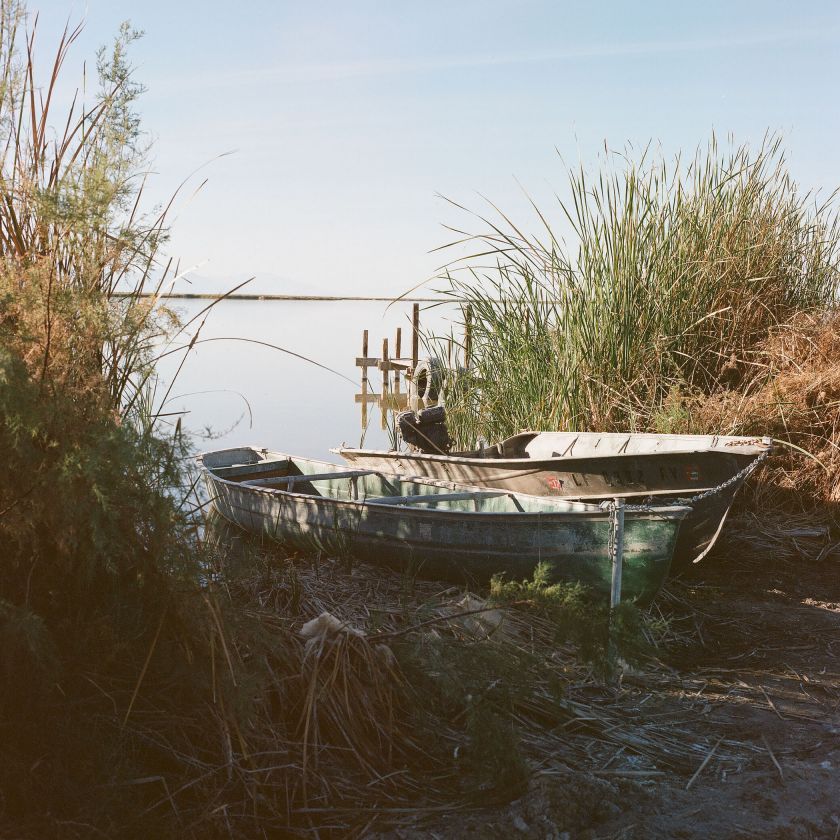 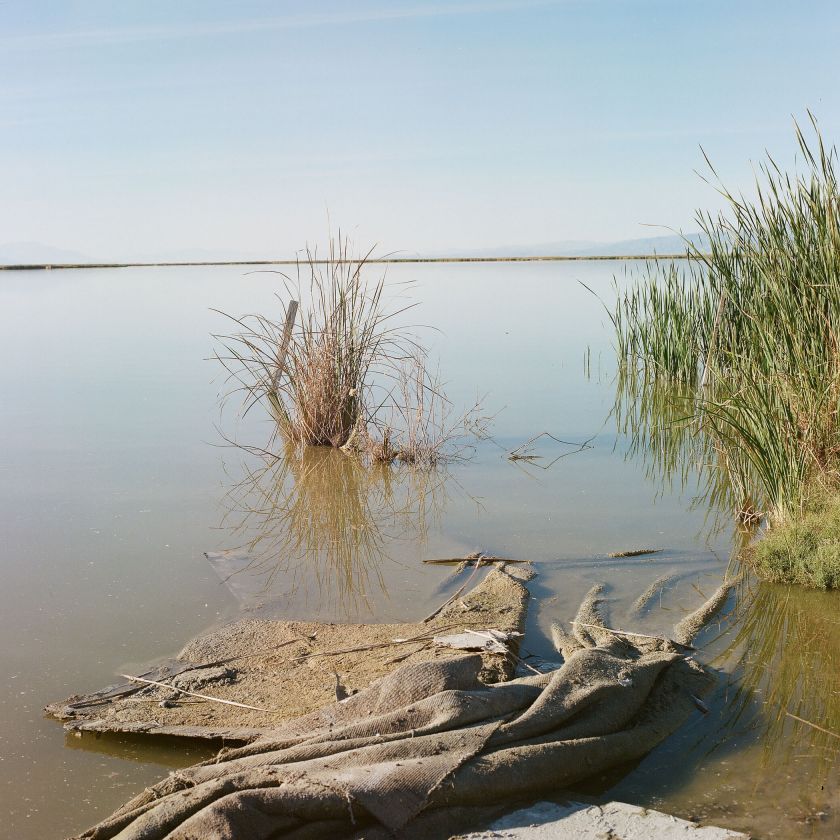 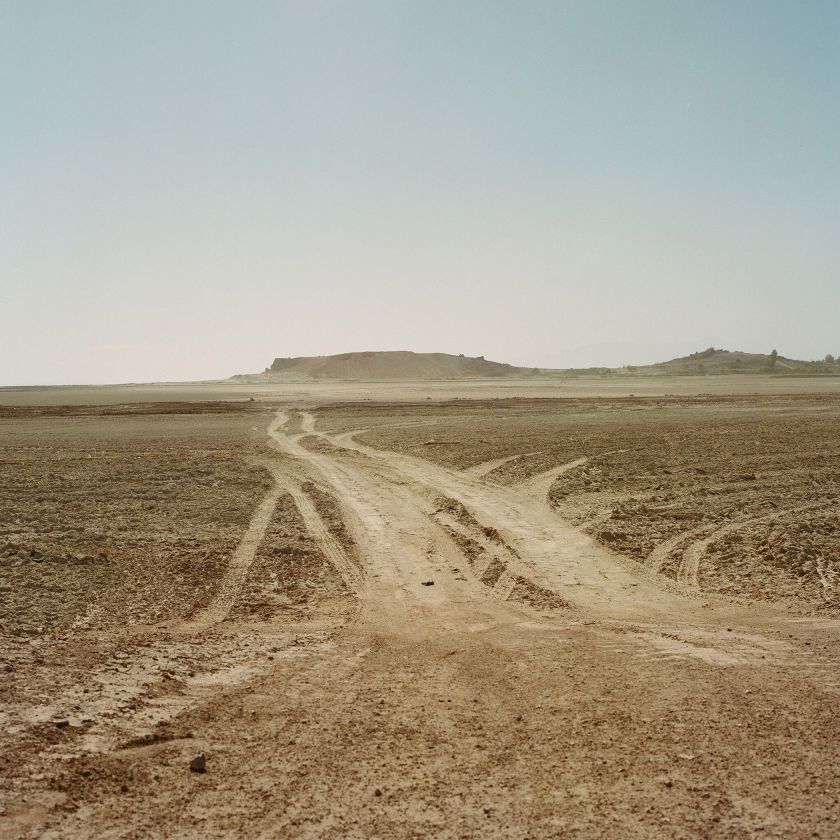 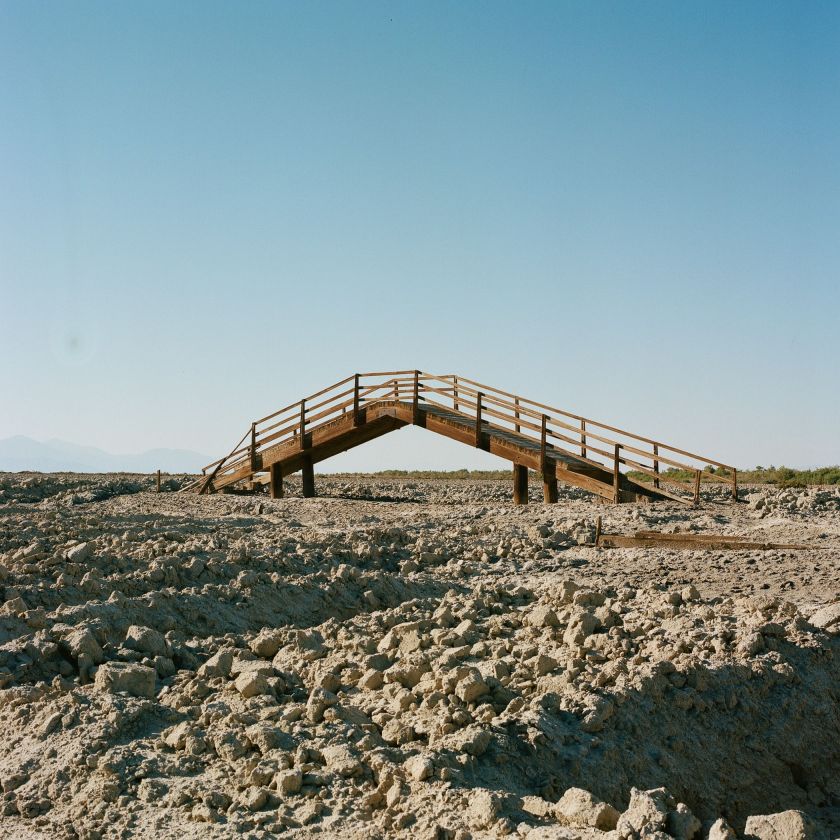 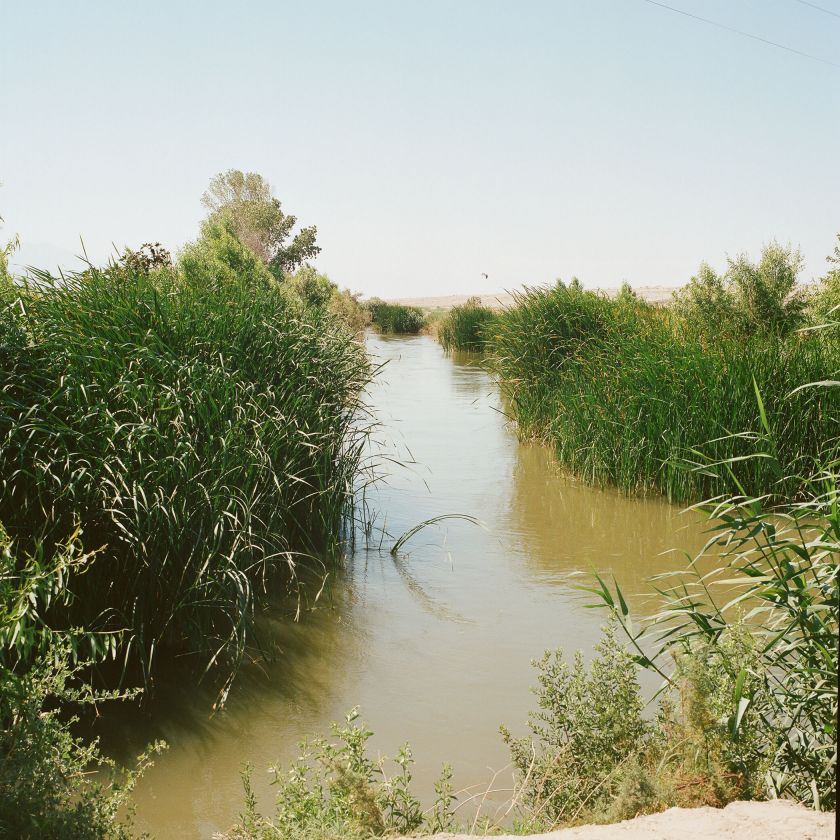