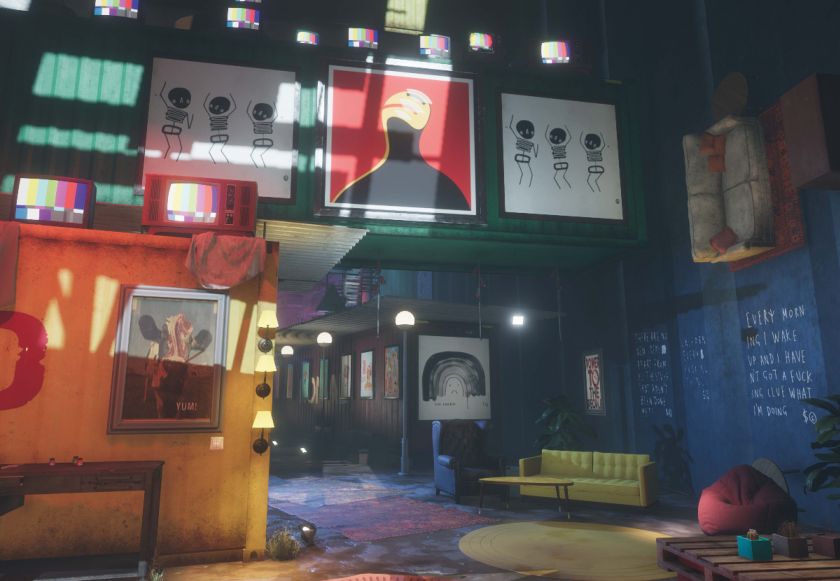 Although Glastonbury was sadly postponed this year, fans will be happy to hear that the team behind the festival’s Shangri-La are set to host the world’s largest virtual arts and music festival this weekend, featuring 150 acclaimed artists.

Lost Horizon mirrors Shangri-La’s huge outdoor art gallery and, alongside a pretty hefty music line up, will showcase over 250 visual art pieces based on the theme of ‘human connection’ in response to the global pandemic.

Curated by creative director Kaye Dunnings with a team of collaborators including Malcolm Garrett, Creative Giants and More Eyes, the artworks will be displayed throughout the festival’s four VR stages – Freedom, Gas Tower, Nomad and SHITV (Shangri-La International Television), its Landing Zone, and also a bespoke ShangriLART Gallery.

Tickets are free but if you can afford to contribute, you can purchase a ‘premium’ ticket with proceeds going towards Amnesty International and The Big Issue. 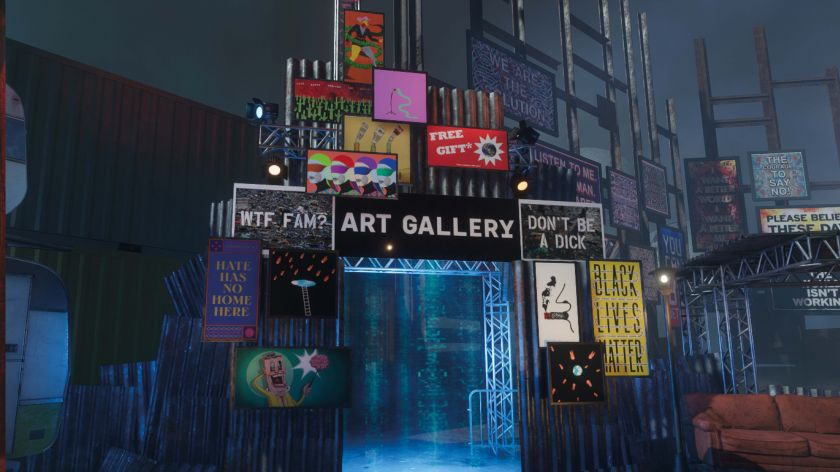 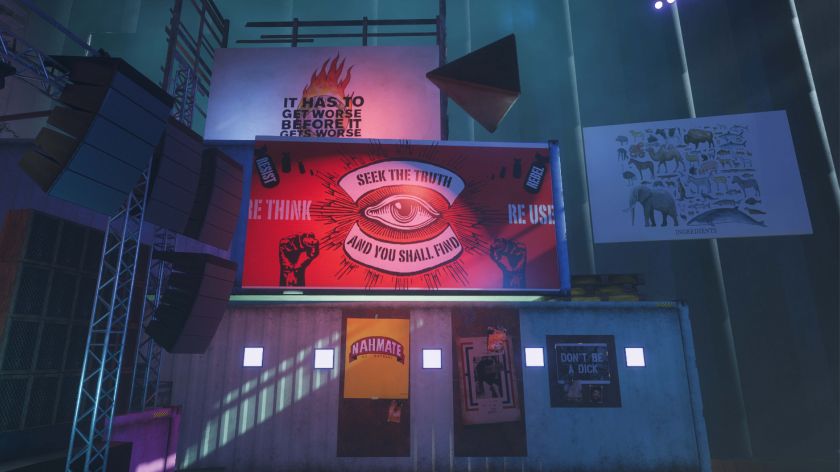 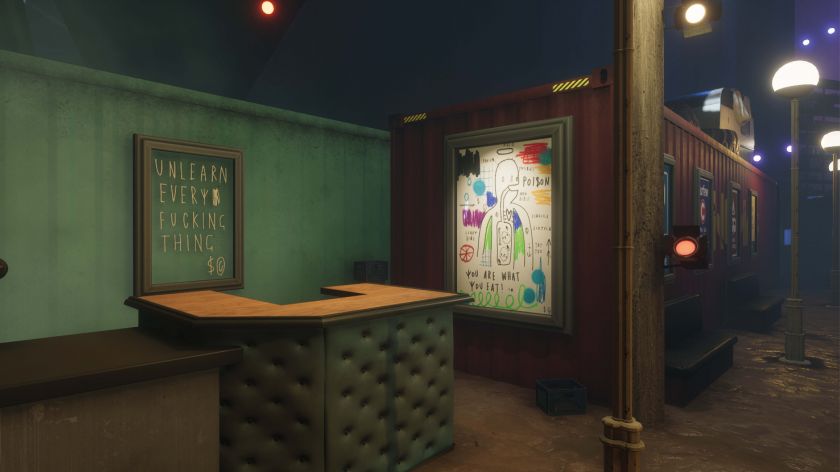 “In a world where physical contact has had to temporarily cease, we at Shangri-La continue our explorations into our running theme of human connection by pushing the boundaries of how we can connect in the virtual space,” says Dunnings. “The fundamental need to gather en masse and have shared experiences still remains strong, and with Lost Horizon we aim to connect people further and wider than ever before.

“Through Lost Horizon, we aim to bring together a global community with a shared passion in arts and culture, with the intention to inspire and spark action. Art unites us and in these times, we need it more than ever to bring us closer together. I am thrilled to be collaborating with so many amazing artists from across the globe on this pioneering project.” 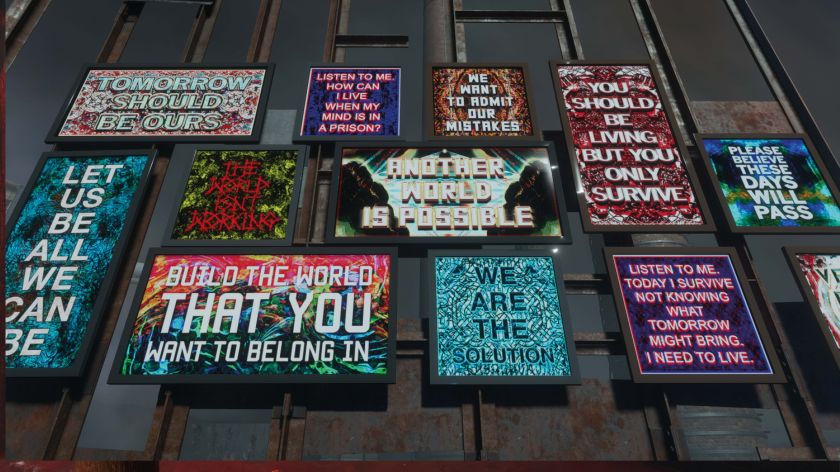 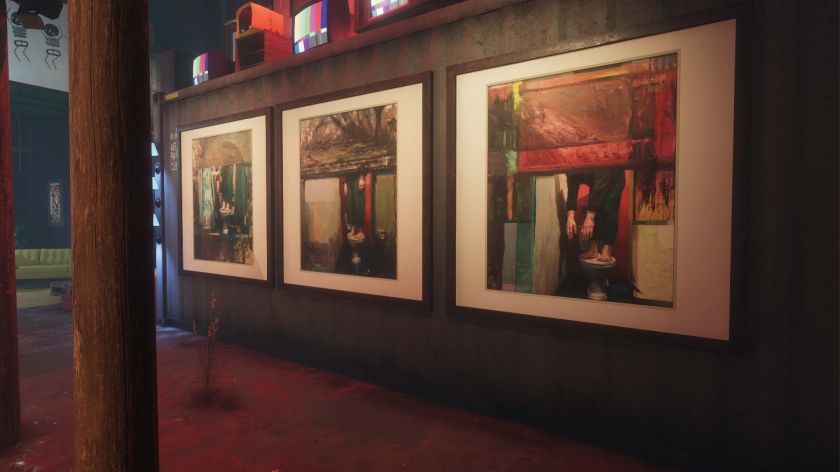 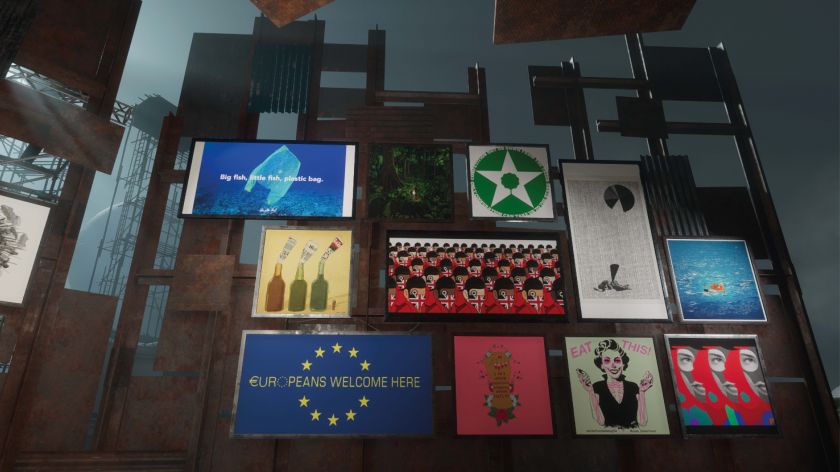 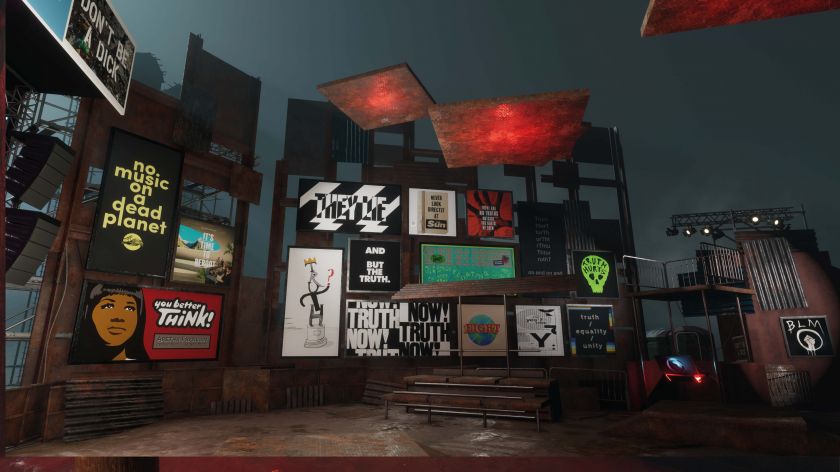 So what’s happening? London-based artist, Turner prize nominee Mark Titchner has a solo exhibition taking over the Lost Horizon Landing Zone. While Yours Truthfully is a new exhibition co-curated by renowned graphic designer and co-artistic director of Design Manchester Malcolm Garrett, and Lost Horizon and Shangri-La creative director Kaye Dunnings. Featured on the towering billboards surrounding the Freedom stage, the brief welcomed personal messages from artists to the world on the themes of Truth, Justice and Freedom, calling attention to the most pressing social issues in the world today.

The show features work from more than 70 internationally acclaimed artists and studios including Anthony Burrill, Jeremy Deller and Fraser Muggeridge, Studio Rejane Dal Bello, Morag Myerscough, Patrick Thomas, Paula Scher, Raissa Pardini, Stanley Donwood, and taken together this collation of statements conveys a powerful message of unity, and of the freedom to be creative and have your voice heard.

Prints of selected artworks will be available to purchase, as part of a timed open edition (from 3pm Friday 3 July to 3pm Friday 10 July), with profits again going to The Big Issue and Amnesty International UK.

Elsewhere, work from 50 of ShangriLART’s long-term artistic collaborators will feature work throughout the festival’s virtual stages and bespoke ShangriLART Gallery.

New for 2020, the Nomad stage has been created for the 30th Anniversary of the Traveller’s field that came before Shangri-La, the heart of the free party movement and features work from Darren Cullen, Erin Holly, Skeleton Cardboard and Tom Hunter. 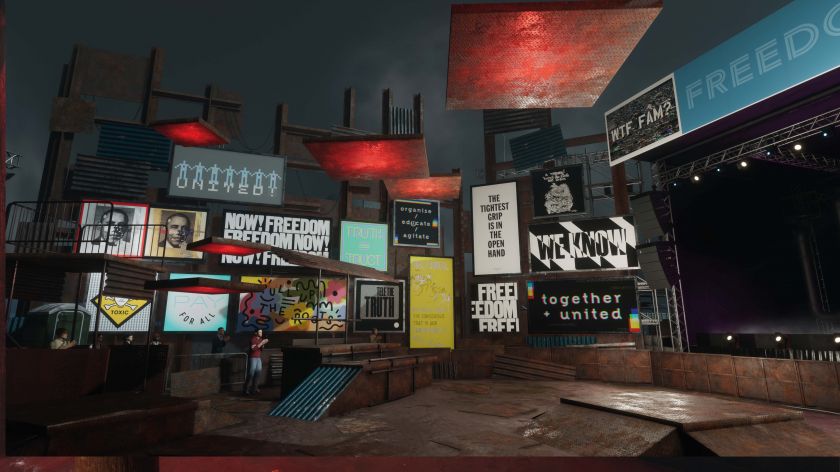 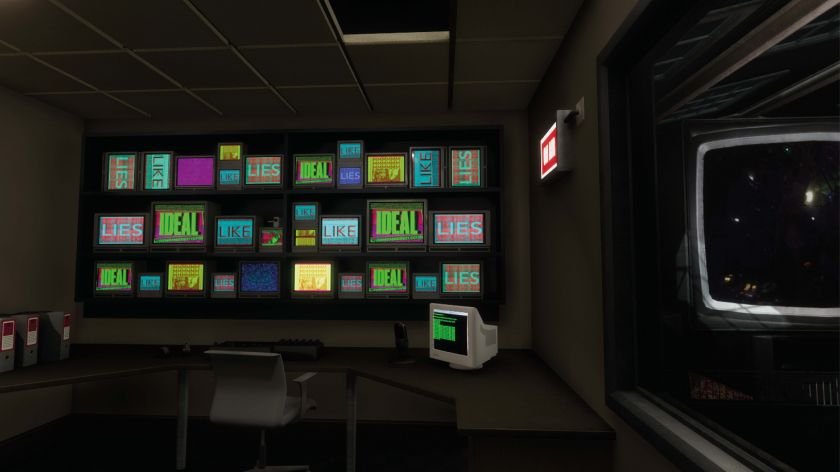 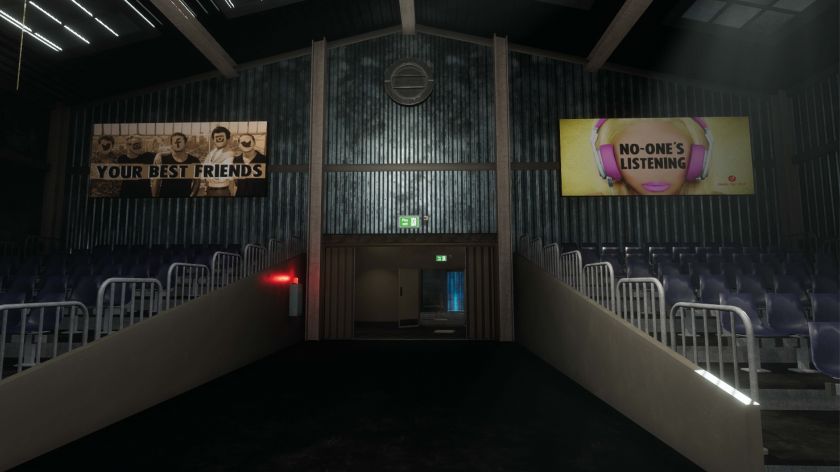 SHITV (Shangri-La International Television), meanwhile, will broadcast everything from the absurd to the enlightened, from the sidelines, frontlines and backstages of alternative culture. It will show films, documentaries, theatre, live art, comedy, animation and talks.

An established favourite for any regular Glastonbury Shangri-La attendee, the Gas Tower at Lost Horizon promises to be just as epic. Curated by Creative Giants, VJs will create 360 visuals in the virtual world to complement the DJs, creating an audio-visual experience as mind-blowing as it is in real life.

To find out more, visit www.losthorizonfestival.com.