When designer and illustrator Thomas Burden was approached by the online community Domestika to create a course on Cinema 4D, he looked to one of his favourite childhood TV shows, Fun House, for inspiration.

“I’ve been experimenting a lot lately with techniques for getting an inflatable look using the software, so thought it would be a good course to teach as it’s a look that I’ve been trying to refine for ages,” Thomas tells us.

And as it was something that he would be teaching others, he wanted to keep it relatively simple in terms of content: “I thought a typographic angle would add a bit more interest to the piece, so it’s only really a nod towards the Fun House quiz show of my youth. Although, one day I will get around to creating a truer homage worthy of its standing amongst the other creative influences in my subconscious,” he says.

Here, we share some of his recent experiments, along with a few other “inflatable pieces” including some upbeat, positive quotes as well as a few political messages.

Thomas Burden is one of the co-founders of Grownup, a design and illustration studio which he runs with Kelly Campbell. The duo specialises in creating playful, fun and engaging imagery, drawing influence from, amongst other things, “all the toys we were never allowed as children, fairgrounds, neon signage” and the many trinkets they’ve picked up on their travels about the world’s fleamarkets.

Thomas handles all the design, illustration and animation. While Kelly provides art direction and concept generation, as well as being in charge of project management and the day to day running of everything. Find out more at wearegrownup.com. 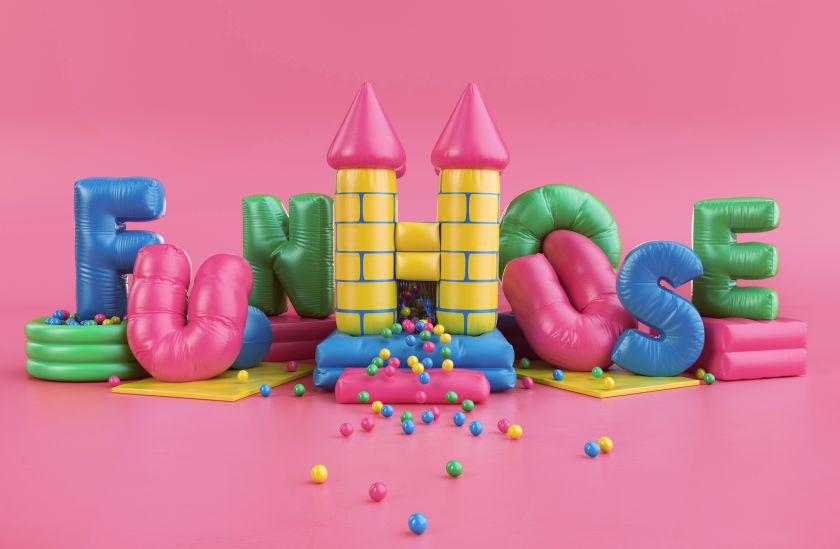 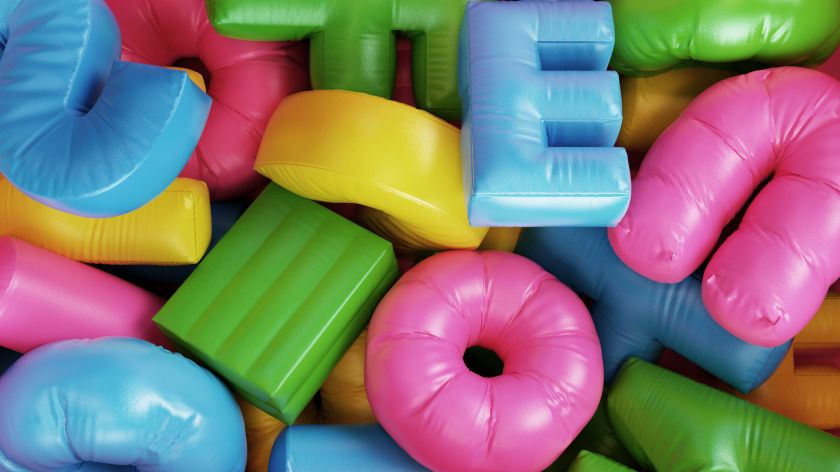 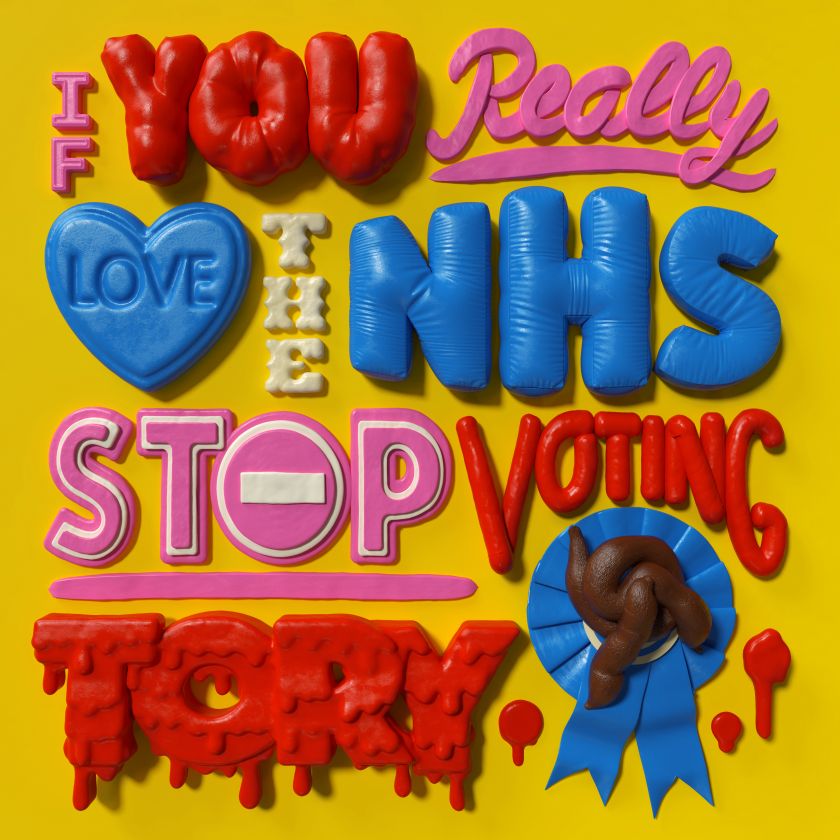