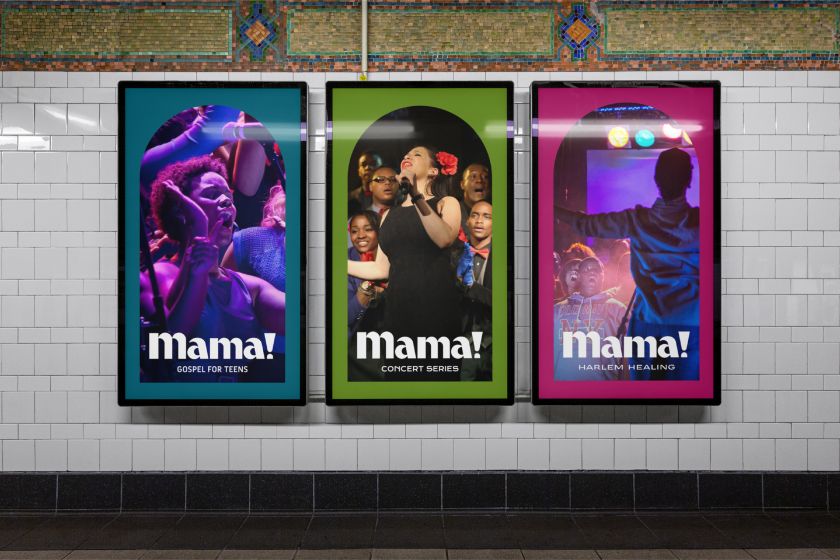 In New York, Harlem is known for its rich history of music and its legendary performers and performances across gospel, jazz, and R&B. Now a new identity by ThoughtMatter for a local legacy helps it nurture new voices in African-American culture and arts.

Mama Foundation for the Arts was founded more than 20 years ago, acting as a cultural space where people have access to quality training and employment as performing artists at no cost. This year, it approached New York-based studio ThoughtMatter to rethink its identity, asking to be turned into a “tool to uplift and inspire future generations of artists”.

Founded by Vy Higginsen and named after her co-created international hit musical Mama I Want to Sing, Mama Foundation wanted something as unique and heartfelt as its mission. It also needed a better way to organise and communicate all that it does, having grown so much over two decades.

“As NYC locals, we wholeheartedly believe in championing our neighbourhoods and are very focused on supporting the youth and arts in NYC,” says ThoughtMatter Creative Director Ben Greengrass. “Over the years, we’ve done our best to uplift many vital cultural cornerstones, helping them refine or define their voices. It’s only fitting that we do the same for Mama Foundation, a group that has similarly dedicated themselves to giving performers a platform to grow and find success.” 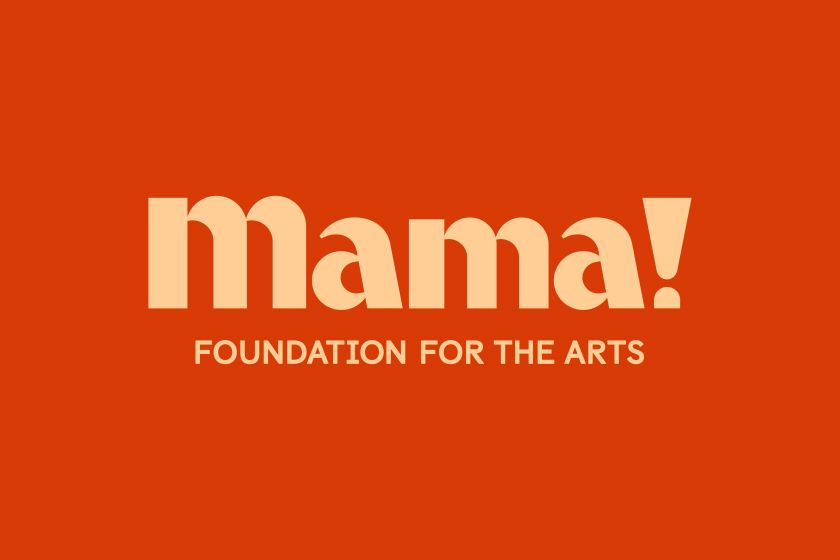 To find that voice, ThoughtMatter began by having intimate conversations with all stakeholders of the foundation, talking with everyone from talented vocalists who have been a part of the organisation for years to instructors and even Vy Higginsen and her daughter, Knoelle. “Even during the pandemic, we were able to connect virtually with Mama Foundation’s team to really feel the love they have for their organisation and unearth the necessary ingredients we needed to begin our creative exploration,” says Greengrass.

Music, in particular, became a central ingredient in this process. Listening to music together and sharing musical experiences apparently sparked conversations around “using the body as an instrument, understanding how powerful posture and breathing can be when projecting one’s voice”. 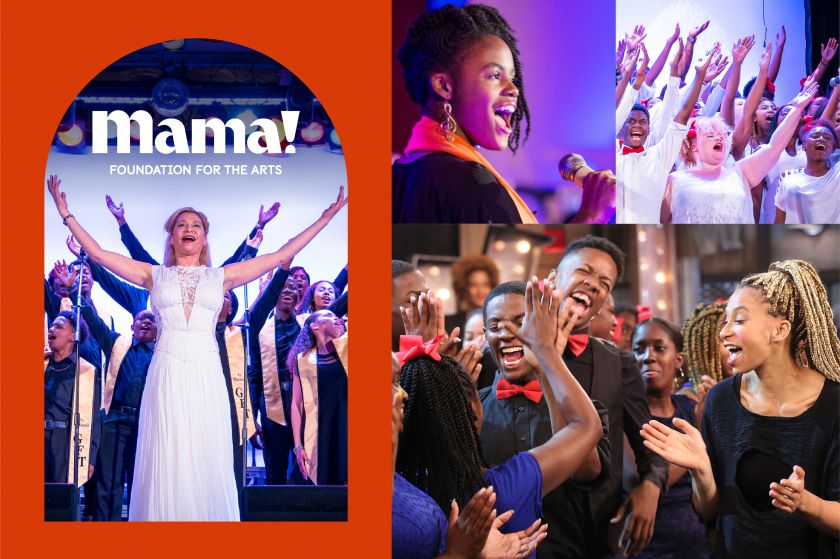 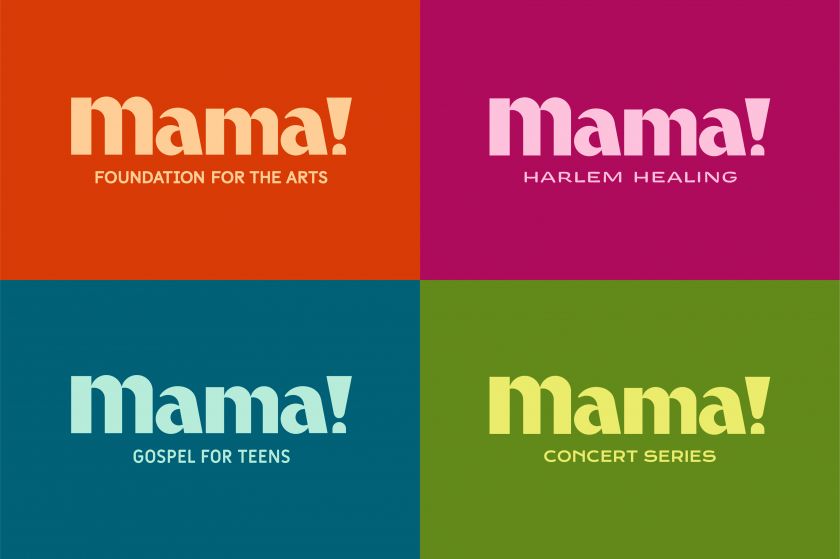 The research also revealed the importance of open, uplifted arms in gospel music. Bringing these insights to its designs, ThoughtMatter set out to mirror this visual representation of joy – the act of projecting one’s whole self and one’s voice – by using an exclamation point. This symbol became an anchor for the new brand, while an arched window served a similar purpose across the new identity. “Harlem is my neighbourhood, so I know firsthand that when you walk around on a Sunday morning, all you’ll hear are sounds of celebration coming from behind those windows,” adds Greengrass. “These windows provide a view into the history, the advancement, and the joy in Mama’s house.”

Paired with vibrant colours and photography, the exclamation point and arch are powerful graphic devices for use across signage, the website, show posters and more. The fresh identity also helps Mama Foundation with its storytelling. “Sharing stories can provide access, education, and preservation, and the act of sharing a story builds relationships and creates conversations,” says Managing Director Jessie McGuire.

“Design is the tool used to share that story. Through design, symbolism and language, we’re able to introduce its audiences to aspects of the brand they may have not otherwise been familiar with – their Harlem legacy, commitment to preserving and presenting Black musical art-forms, goal to catalyse collective healing and their aim to create space for communal belonging. The result is a brand that authentically represents the Mama Foundation and its singular spirit.” 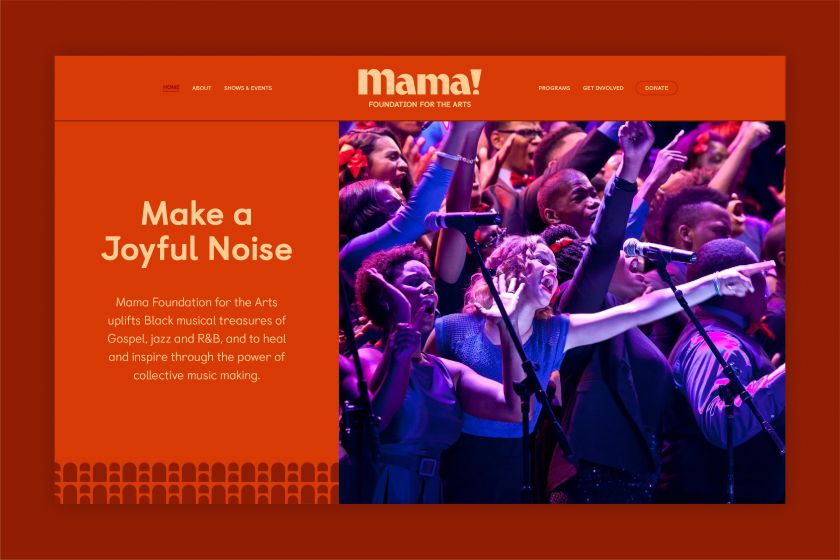 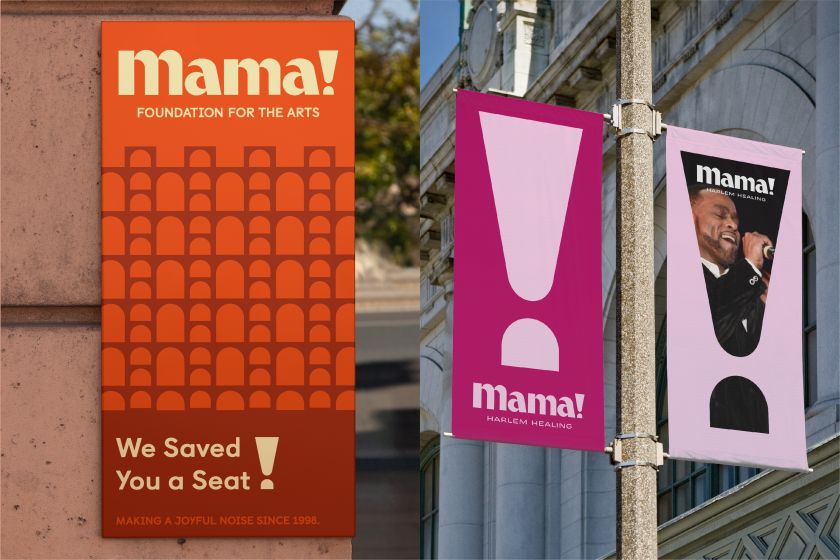