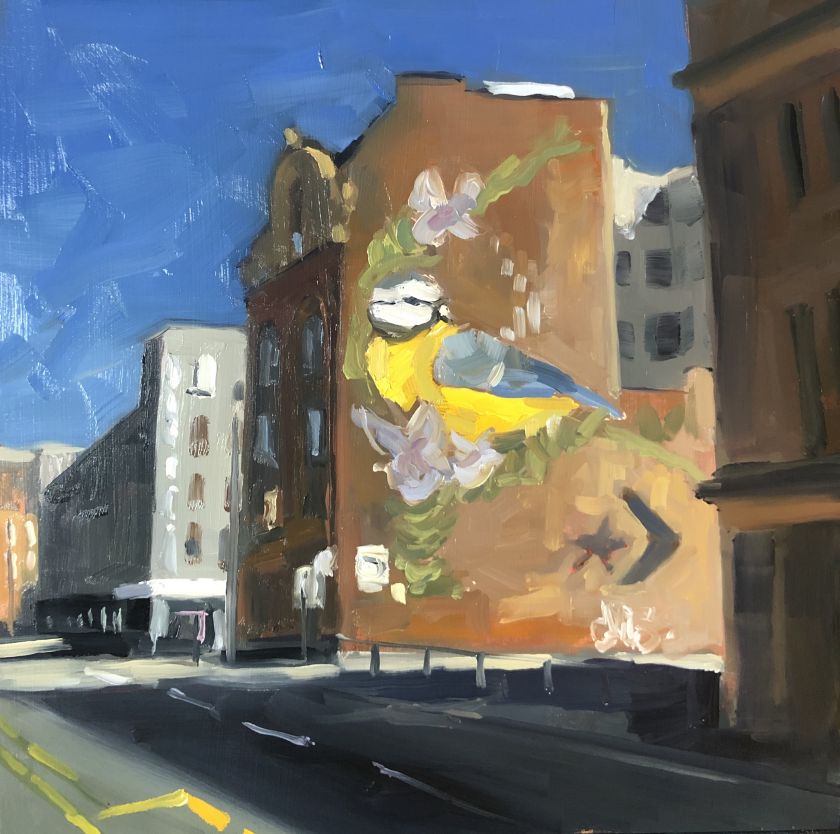 Anyone who loves Manchester as much as we do will be familiar with its charming red-brick buildings and quirky backstreets.

They almost look like they’ve been plucked out of Manhattan (it is, in fact, the other way round – Manchester inspired New York’s city planners).

Urban landscape painter and art teacher Tom Quigley knows only too well the city’s urban charm and enjoys creating artworks of Manchester’s icons, buildings and streets, and capturing some of that atmosphere.

For his latest series, Tom focused on the backstreets in and around the city’s famous Northern Quarter. “I tend to be drawn to places which have atmospheric qualities; I love the northern quarter and its architecture, these buildings and streets give a glimpse into the city’s past,” Tom tells Creative Boom. “I like to record elements of the city which would normally be disregarded or insignificant. I like to include graffiti, bins and other everyday objects in the urban landscape.”

Of his process, Tom says he takes photographs every weekend around Manchester, and these form the basis of his inspiration. “It feels natural to paint urban landscapes as I lived in the city. I have created rural landscapes but always come back to buildings. There’s so much variety, and I always see something new,” adds Tom.

His new paintings will go on display at Art All Dayer, an upcoming exhibition organised by Cotton On MCR at Project B on 28 March. Find out more at: cottononmcr.com. 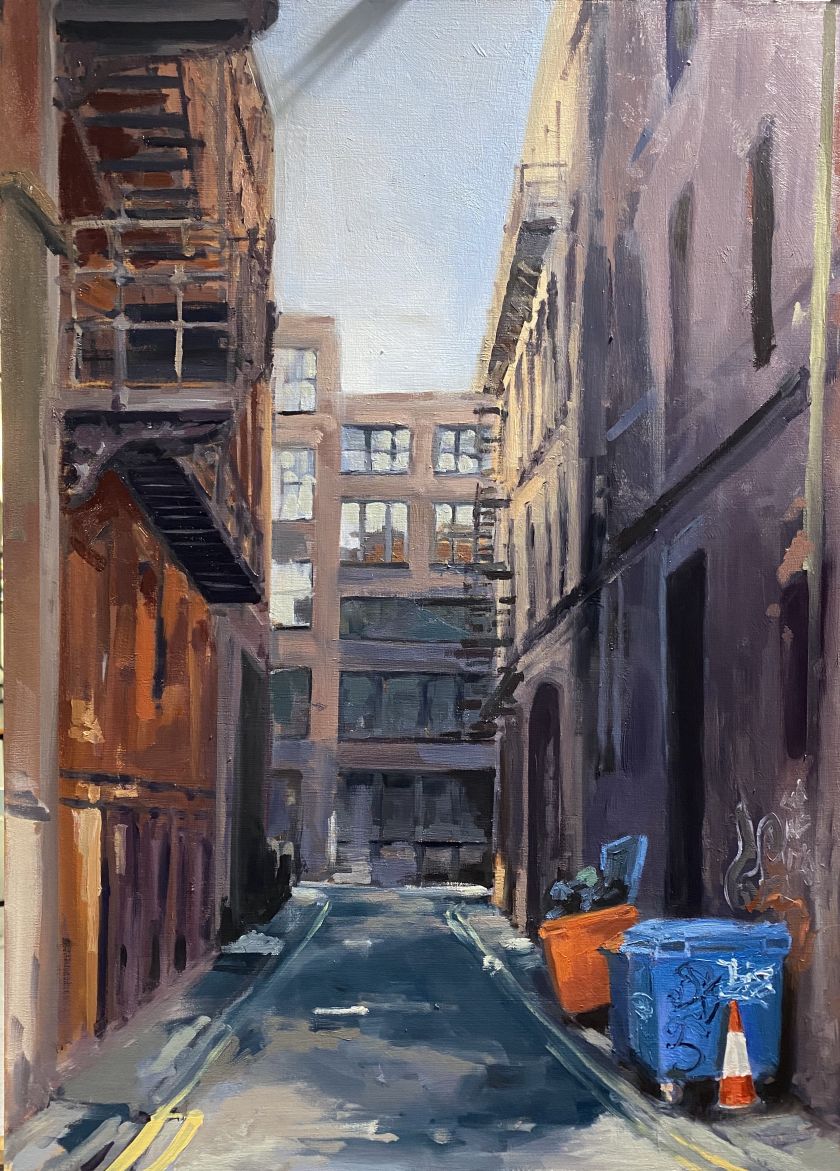 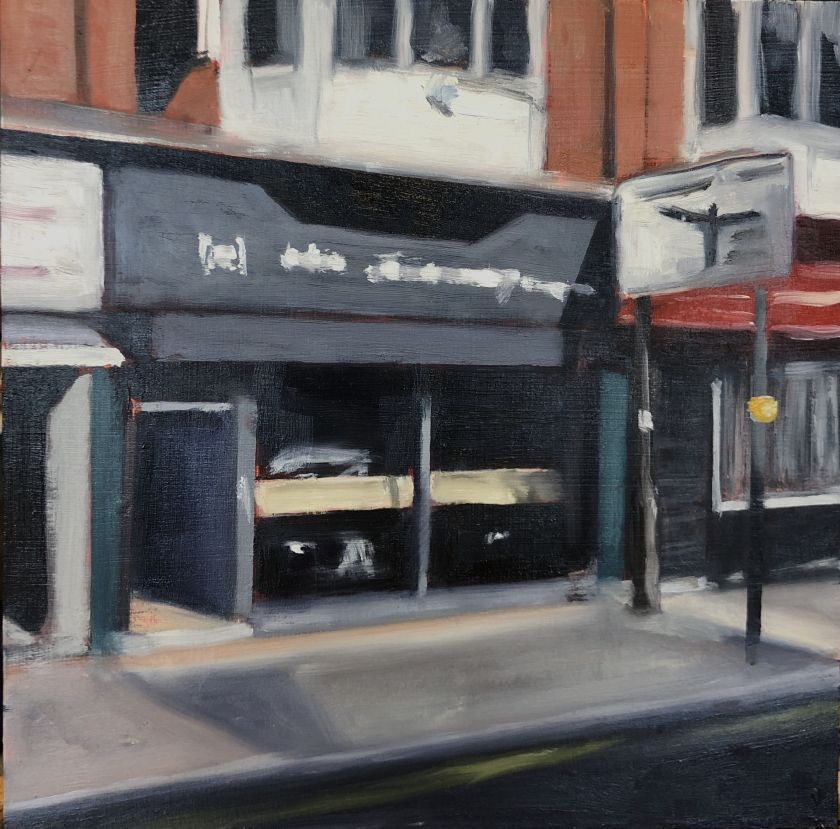 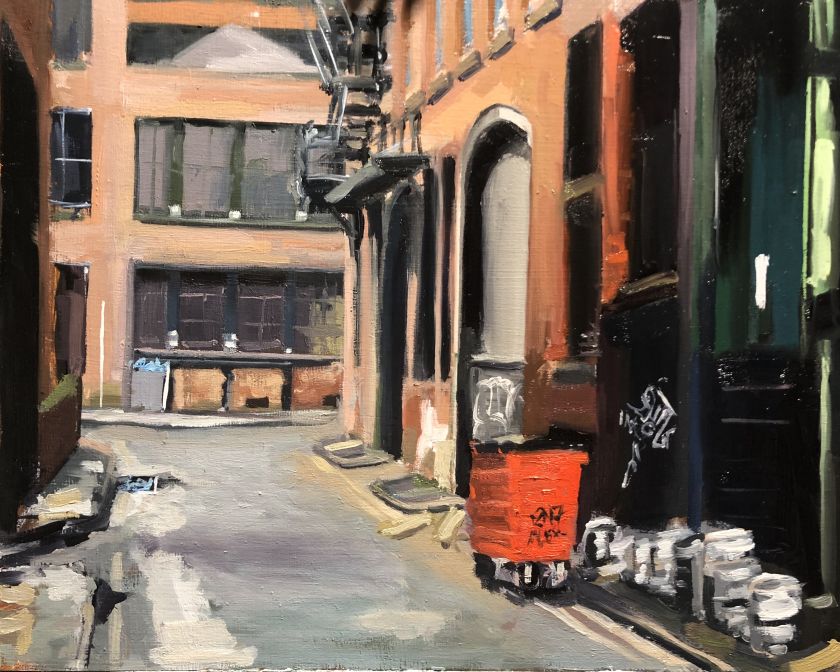 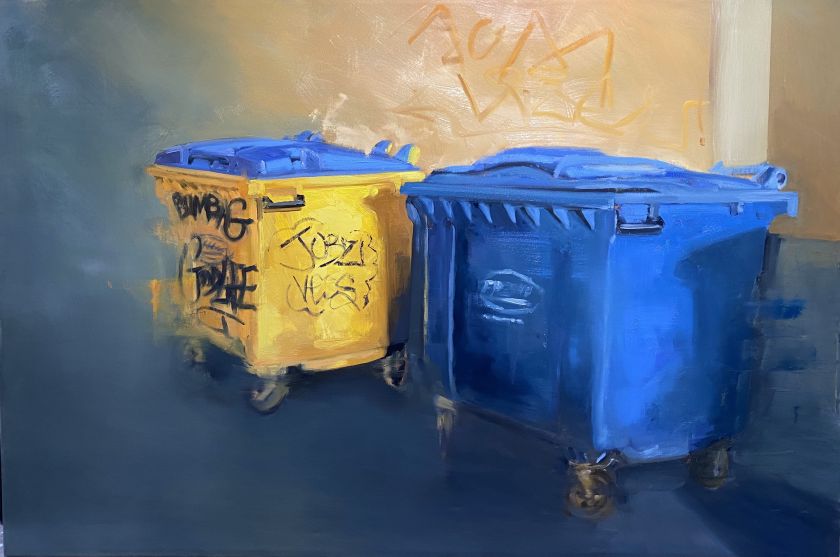 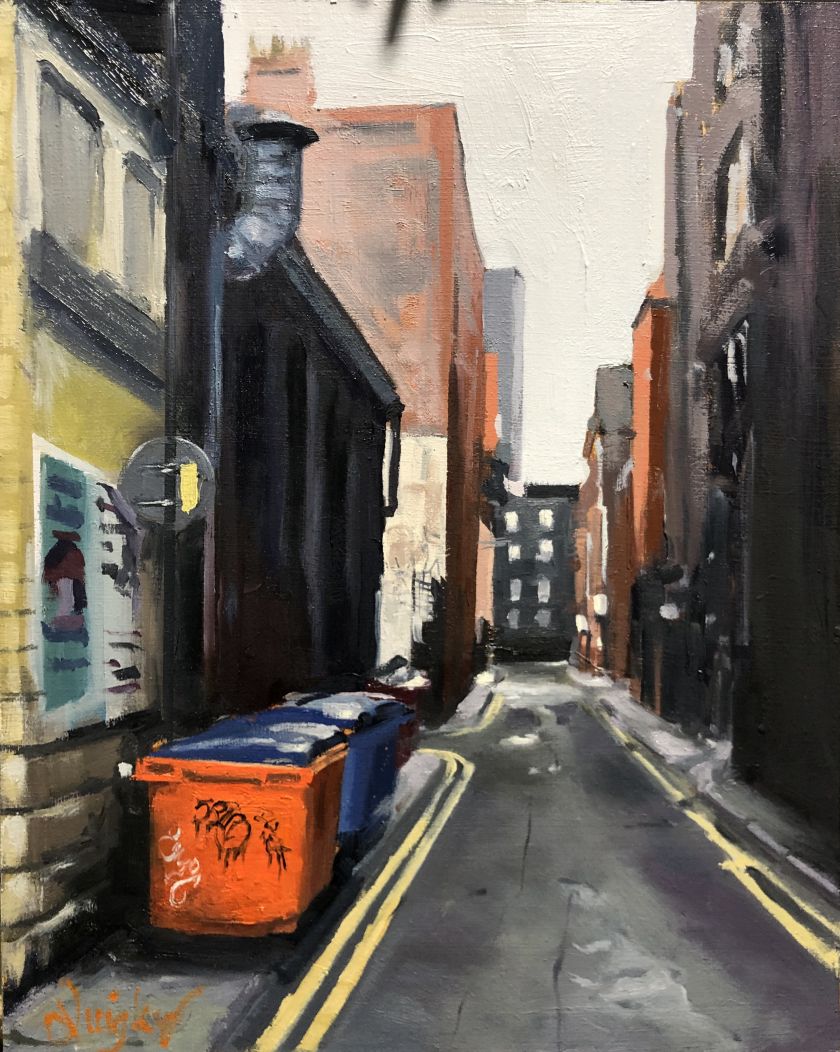 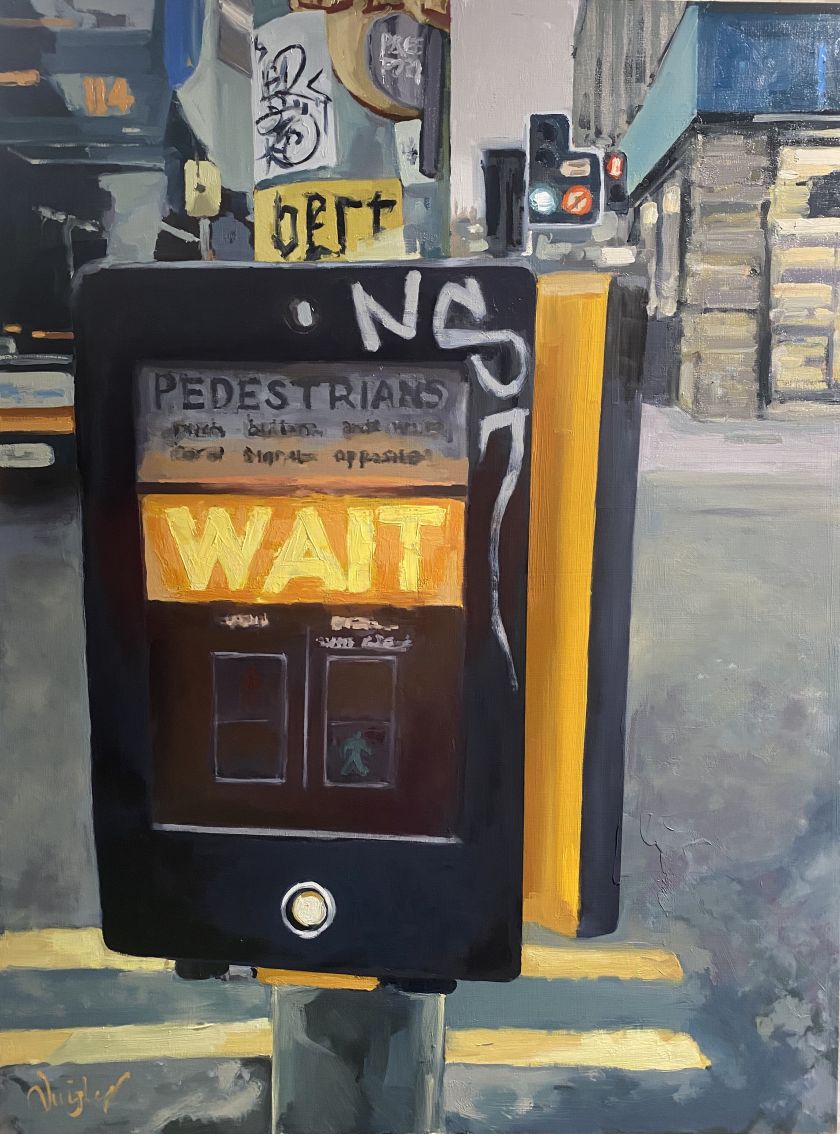 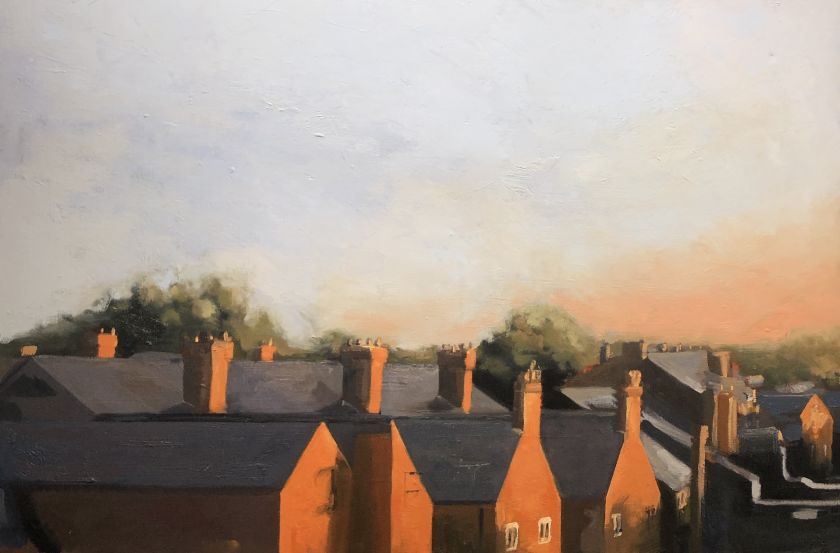 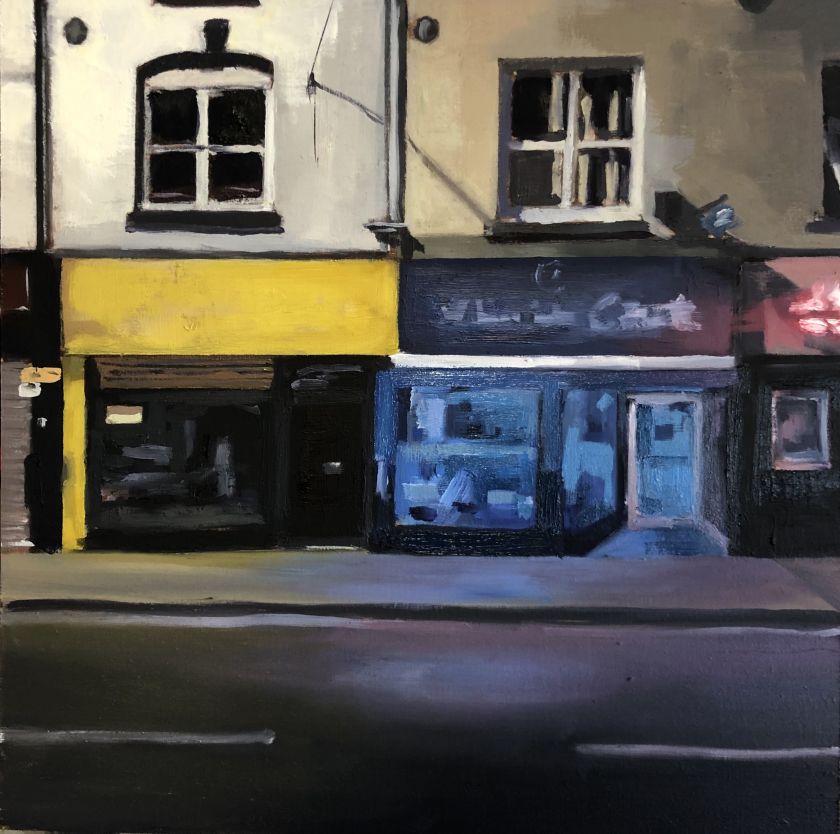 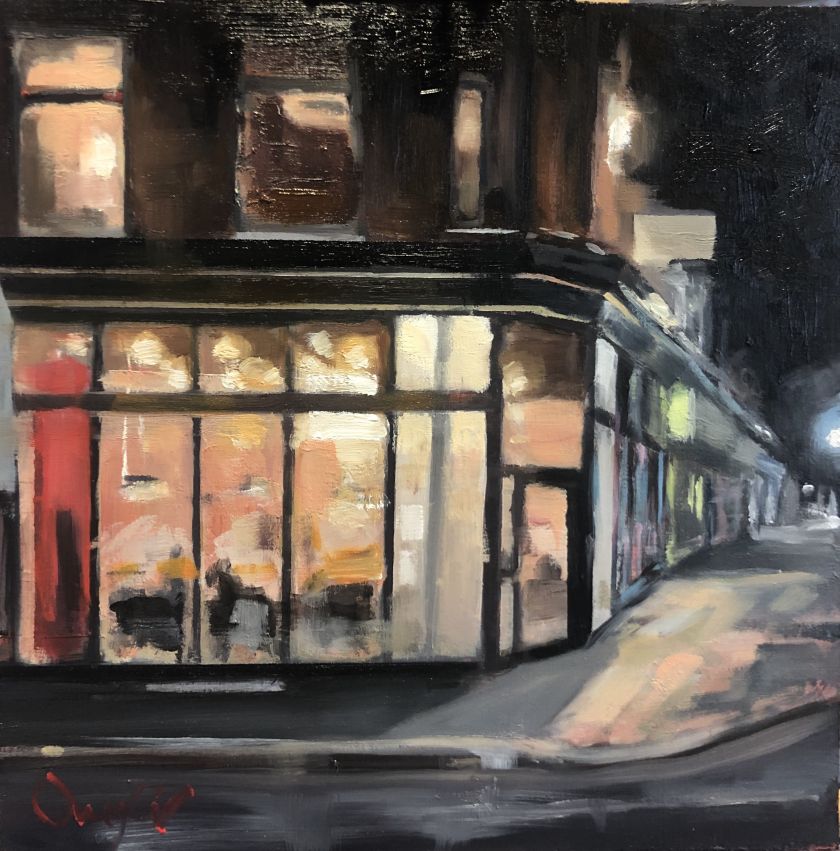 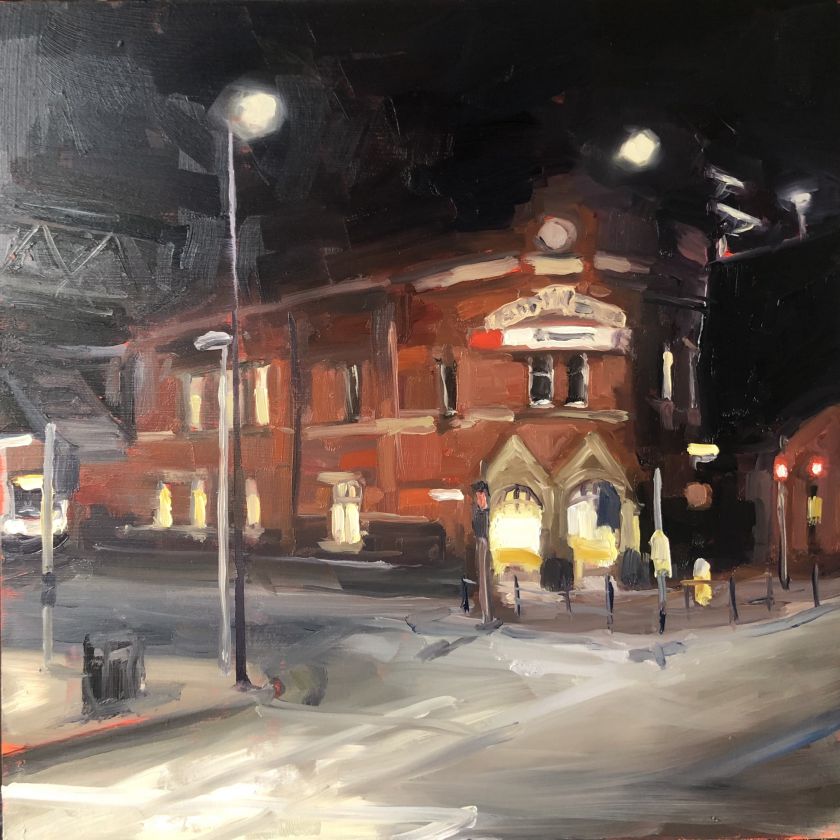 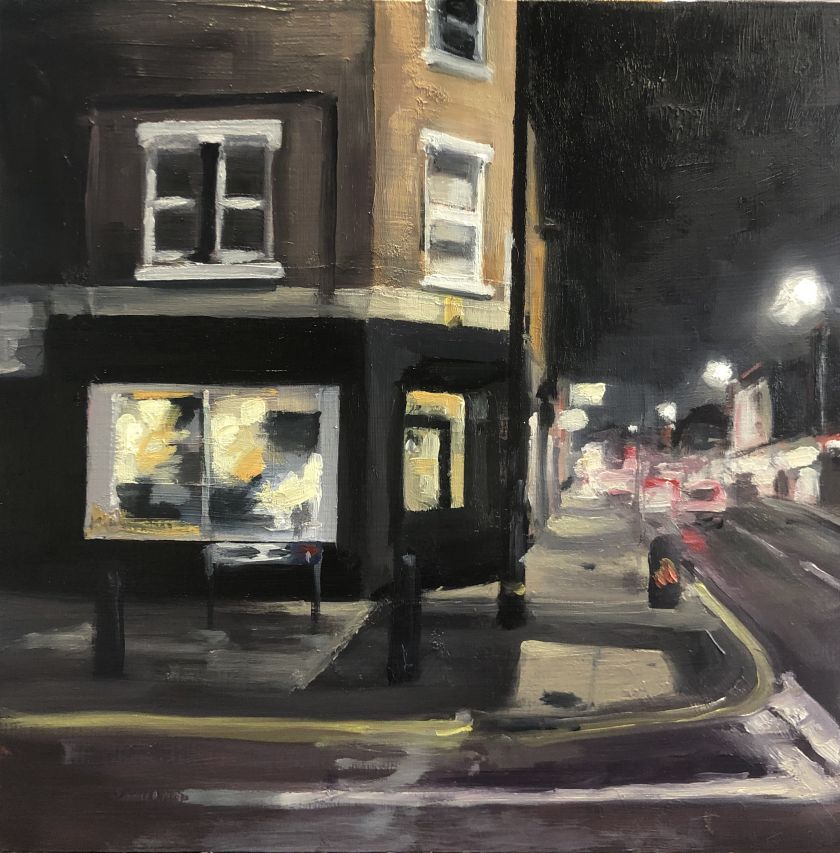