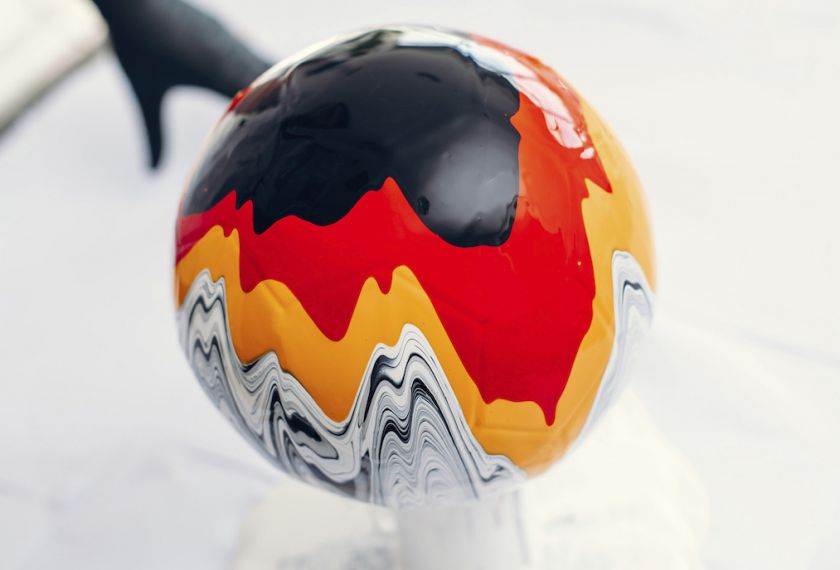 Scottish designer and football nut Craig Black is celebrating the Euros with a classy alternative to pints and bellowing: a football-based art installation titled The Fusion series.

Partly inspired by Euros fever, partly by the fact that Scotland qualified for their first major football tournament in more than 20 years, the pieces in the series take the form of footballs bearing acrylic paint representations of the colours of different countries’ football kits. 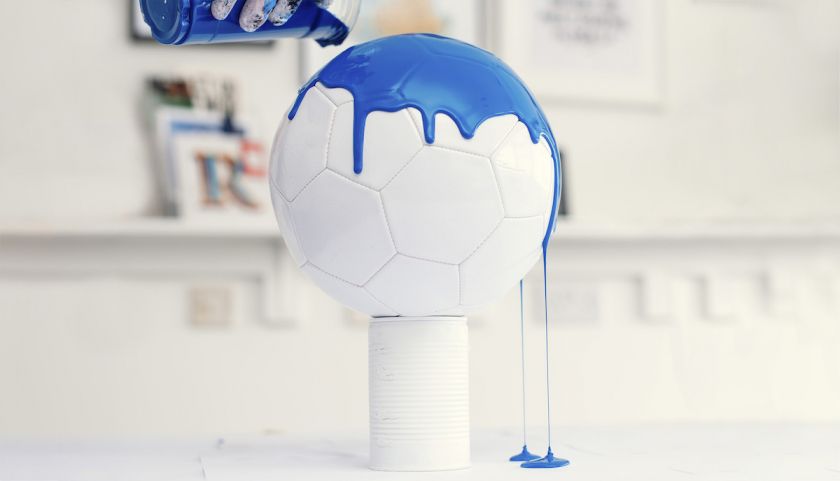 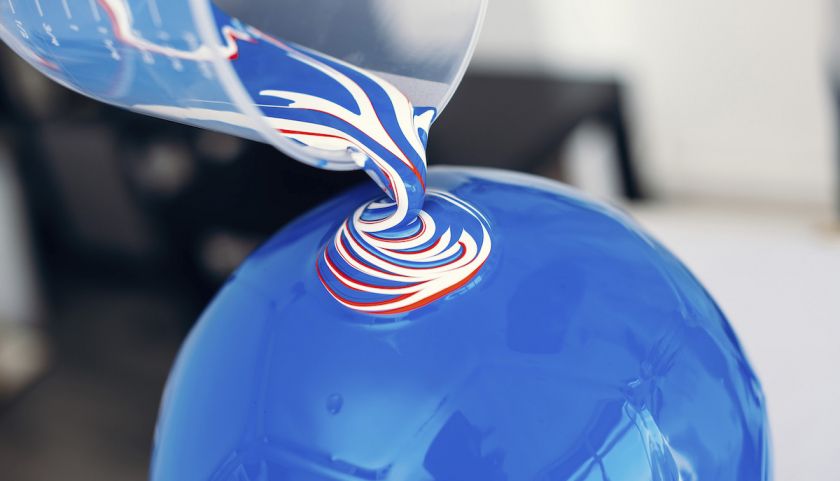 Black’s signature process is certainly a mesmerising one – the sort of ASMR-leaning footage that you lose ten minutes to when it shows up on Facebook out of nowhere and you can’t take your eyes off. 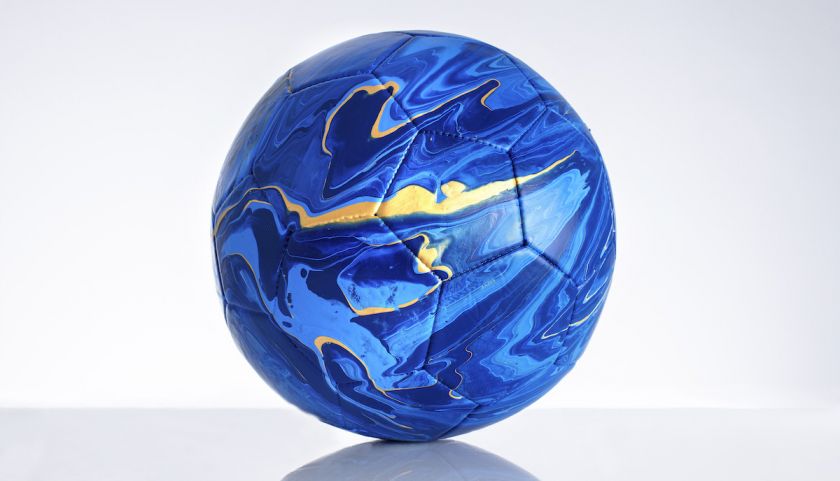 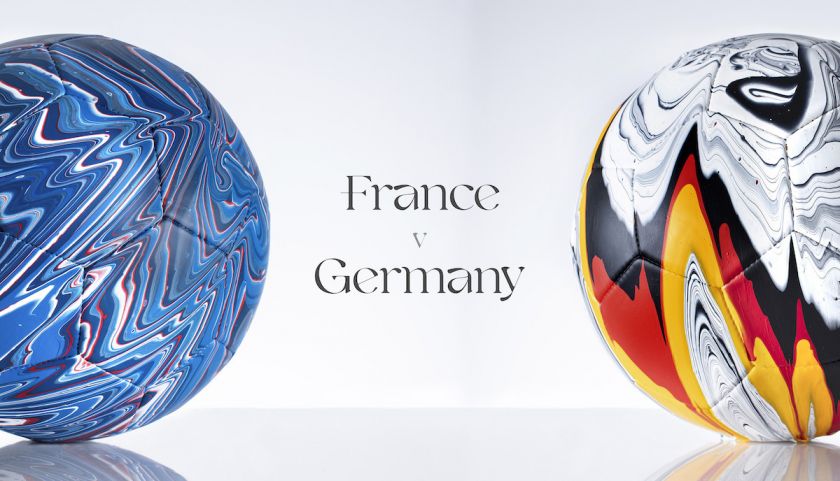 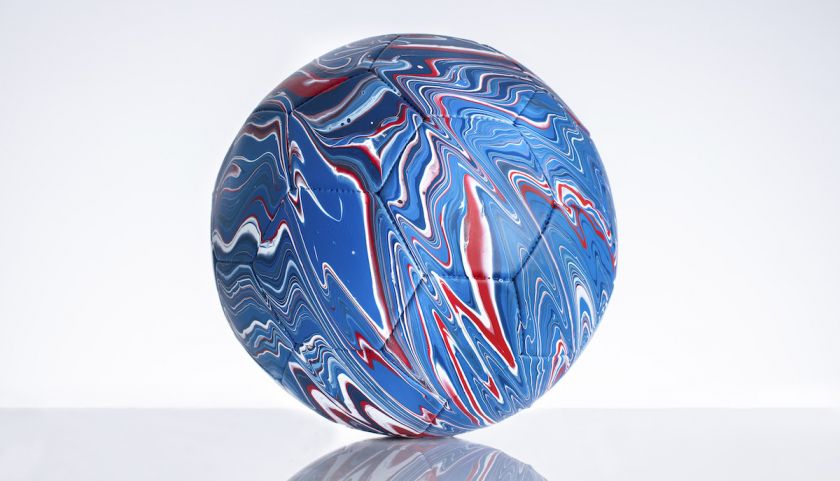 Clearly aware of the beauty in the making as much as the final pieces, Black has ensured that his project has been thoroughly documented in a series of work in progress still images by Ryan Johnston and a set of hypnotic videos and final stills by Garth Ivan.

The video also features some superb custom typography Black created for the project that aims to “help communicate the unique character of the artworks,” he says. “Elegant and fluid, the typography uses thick and thin strokes that flow effortlessly into each other, mirroring the liquid acrylic fusion patterns that wrap around the footballs.” 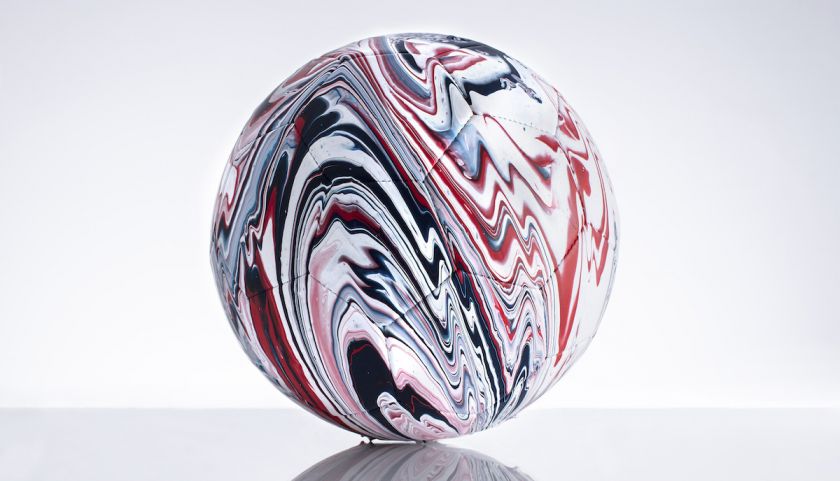 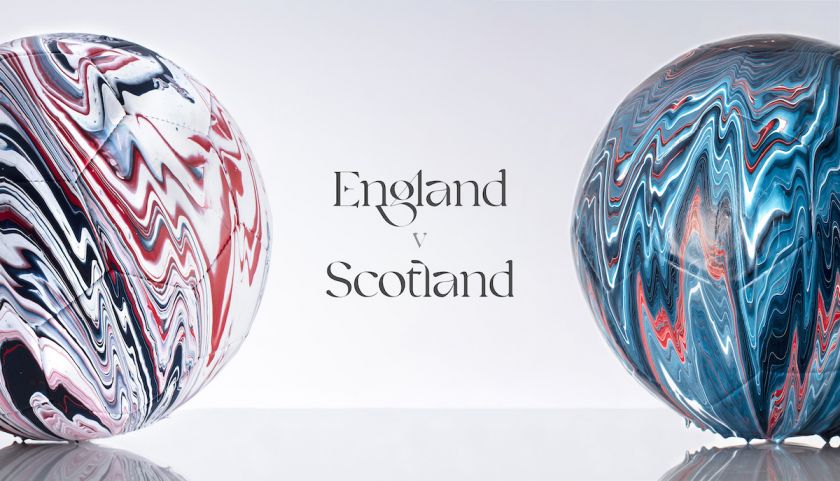 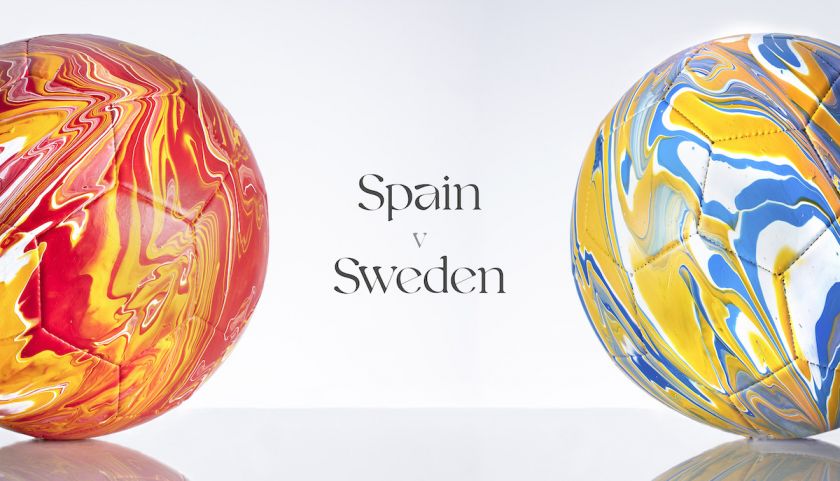 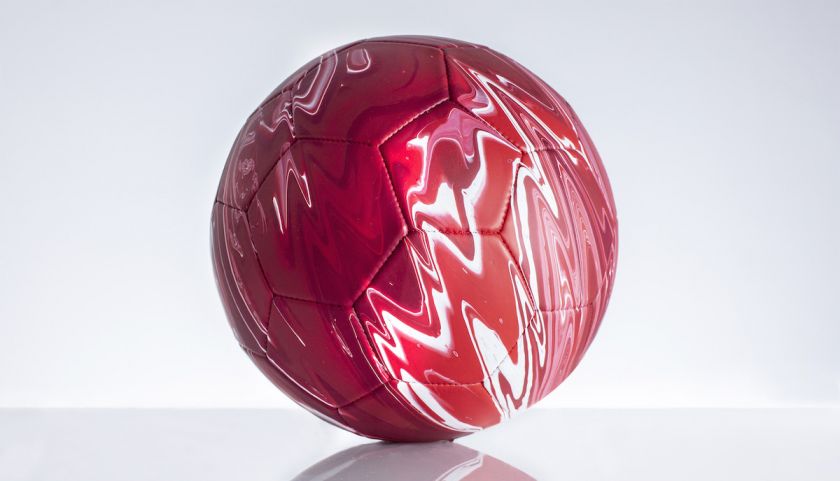